Chris Harris takes a racing legend for a spin. In the wet. With no traction control. Careful… 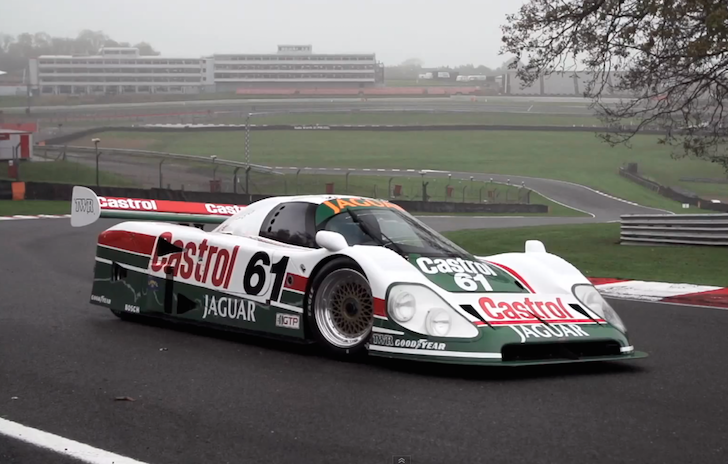 In the 1980s and 1990s, Jaguar was the absolute king of endurance racing, and seldom is that better represented than with this, the Jaguar XJR9. Seen here in its classic Castrol livery, this very car won at the Daytona 24 Hours. Under its incredible bodywork is a 6-litre normally-aspirated V12 with around 700bhp. In a car that weighs less than a ton. Wooooah mama.

The XJR-9 is “all engine with a bit of car bolted to it” according to its former pilot and Daytona winner Andy Wallace, which means that unusually for him, Chris Harris has to take it extremely easy around a very wet Brand Hatch circuit in the UK. But then he sits down and talks the history of this car, while treating us to some awesome historic footage of the XJR12 in its heyday, destroying the opposition.

This car will be auctioned by RM Auctions in the New Year, and whoever buys it will have a piece of motorsport history to call their own.