VIDEO. A Ford Thunderbolt that handles…

This video might be a bit old, but when it’s an ‘oldie but a goodie’ how could we not share?! 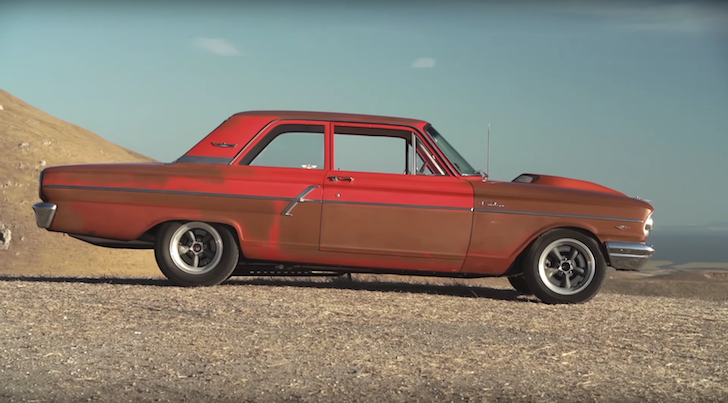 “The Thunderbolt has been a bucket list car of mine since I even knew what a car was.” In this video from /DRIVE, Colin Seburn talks about the build and ownership of his Ford Thunderbolt .

Product of Ford’s dream to go drag racing, the Ford Thunderbolt was built back in 1964. It was powered by a massive 427bhp 7.0-litre petrol engine and everything that could’ve been on a diet was; the manufacturer did everything to lighten this thing up, from Fiberglass to flexi-windows. Though sold only as a race car, but Colin just had to have one.

Interestingly, Colin put function over form when building the car: “I wanted it to look badass but it had to work and be reliable, while being fast enough to put a smile on your face. I didn’t want something to beat me up; it had to be a fun experience. I wouldn’t have been happy if this car didn’t function like a modern car,” said Colin.

The only thing left of the original car is the body itself, everything else has been replaced and engineered from the ground up. “Everytime I drive this car I laugh out loud. It’s confidence inspiring when you throw it into a turn and it’s totally dead reliable, so I don’t have to worry about it.

“Too many people go for form over function. Tinkering is fair enough but you have to make it work right or it’s not any fun,” Colin said.