What’s so special about the bent eight? We break down why it became such a hit, and who makes our favourite V8s today 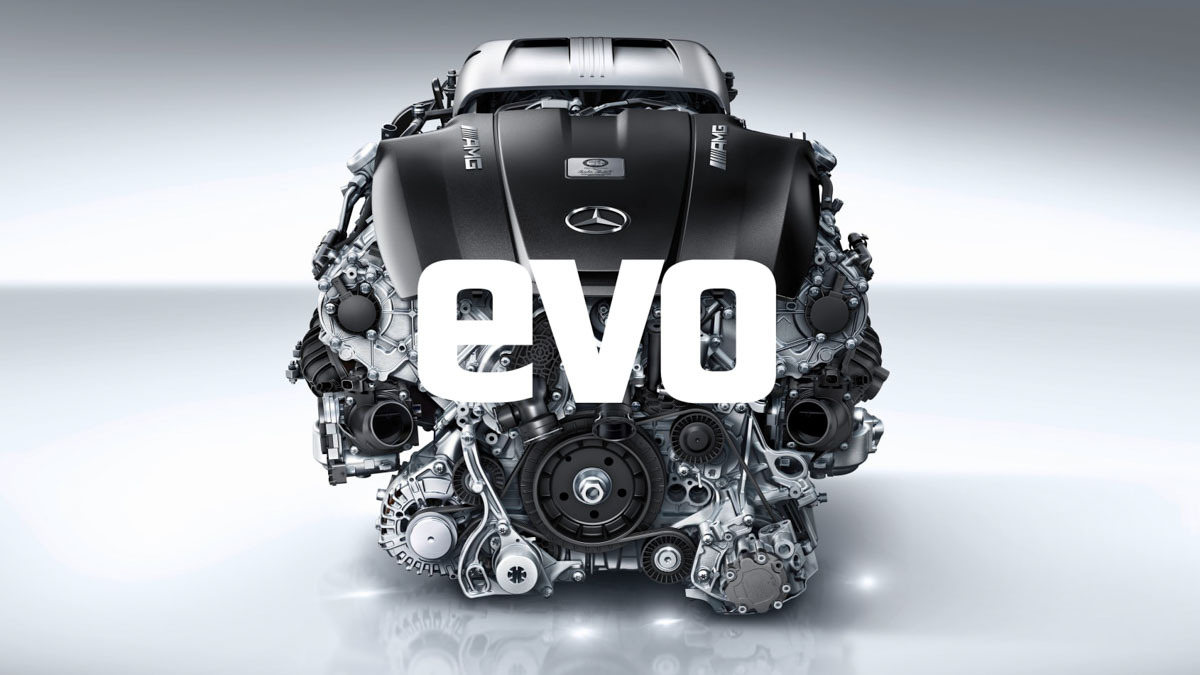 Everyone loves a V8, don’t they? From the soporific, mellifluous woofle of a lazy American V8 to the demented howl of something high-revving and usually Italian, a naturally aspirated V8, free from the dampening shackles of forced induction, is a thing of beauty. It’s also now exceptionally rare, outside of muscle cars, ageing Maseratis and the unlikely, slightly weird, but still intriguing performance offerings from Lexus.

The dichotomy of the V8 centres on the layout of its crankshaft, particularly the angle between the crank pins, or ‘journals’ – the cylindrical passages between the lobes where the big ends of the con rods are attached. Put those at 90 degrees to each other and you have a cross-plane crank V8; have them at 180 degrees and, as the angle implies, you have a flat-plane crank style of engine.

The former has unevenly spaced firing patterns, and it’s this, along with the manifold and exhaust design, that gives the traditional V8 sound – think the aforementioned muscle cars, and the ubiquitous Rover V8, etc. The flat-plane crank V8 is more like two in-line fours joined together in its operation, and its even firing order gives it a completely different sound, along with a propensity to be more suited to higher revs – as you’ll find in a Ferrari 458 Speciale, for example.

Both types have differing challenges when it comes to balancing the forces generated within, and without turning this into an engineering textbook, the cross plane needs heavier crankshaft counterweights to negate its rocking motion, but on the move it’s inherently much smoother than the flat-plane unit as each bank cancels out the secondary forces of the piston strokes. That’s why you’d never find a buzzy, hard-timbred Ferrari V8 in a luxury car, or if you did, as in the case of Maserati or going right back to the 328’s engine in the Fiat Thema 8.32, it’s been reworked to have a cross-plane crank, along with, inevitably, a lower rev limit.

Of course, there are always the exceptions to the rule. The current Mustang GT350 is a true blue muscle car with a flat-plane V8, and the old E90/92/93 M3s revved to blazes but had a cross-plane V8; the firing order of the cylinders in the M division’s S65 masterpiece gave it a different sound again to the typical American V8 rumble – a smoother, lighter, more sonorous blare, but still with the bass notes amplified.

While no longer on sale, no list of great V8s would be complete without inclusion of perhaps Ferrari’s greatest. The 458 Speciale’s lineage is already impressive, with the 430 Scuderia and 360 CS before it delivering their power with angry intent and a howling charge for the limiter, but with 597bhp and a 9000rpm red line the Speciale is even sharper, even more visceral, and its twin-clutch gearbox less of a barrier to exploring its potential.

The sensations are only enhanced by the car that followed it, too. Don’t get us wrong – the 488 Pista is a remarkable car in its own right, with throttle response to shame most naturally aspirated cars despite its turbocharging, and the incomparable shove of that 710bhp output. But the Speciale’s a perfect example of how noise – even a little too much of it, on occasion – and a true crescendo of power play such an important role in the driving experience.

Other than a lovely rumbling soundtrack redolent of old car chase movies, one of the characteristics that defines the Mustang GT’s 5-litre naturally aspirated V8 is that in the UK, amongst the diesels and four-pots, it’s so wonderfully unique.

That it offers pretty storming performance, with both strong low-down torque and a decent top end too, is almost secondary to the simple, unfiltered experience of interacting with the vibrations, timbre and responses of that V8 engine. Best experienced too with the Stang’s chunky six-speed manual, rather than the optional ten-speed automatic, for the full old-school feel.

The B7-generation Audi RS4 marked a turning point for Audi V8 engines. From more traditional low-revving, torque-rich eight-pots, the RS4’s 8250rpm red line and escalating top end power were an alien sensation – but also a defining feature of a car that was already perhaps the best driver’s car Audi had yet made.

Only a few months later the first-generation R8 hit the roads with the very same 4.2-litre FSI engine, and immediately set the bar even higher for Audi driver’s cars. An involving mid-engined chassis and the clack of a Ferrari-style open-gate gearshift were contributing factors, but the appeal of that V8 is something even the subsequent screaming V10s haven’t quite matched.

You’ll find relatively few turbocharged cars in this list, but AMG’s 4-litre ‘hot-V’ V8 is one of our favourites, and the GT R and GT R Pro’s variant is perhaps its ultimate expression. Responsive, hugely potent and fantastically naughty, it offers many of the characteristics we crave from a V8 engine, wrapped up in one of the most exciting cars on sale.

The engine’s as clever as it is entertaining though. AMG is far from the only company using a ‘hot’ layout in its V-shaped engines, but it’s among the more effective proponents. It places the turbochargers between the cylinder banks, something that not only benefits packaging, but despite the ‘hot’ name also aids cooling, as the hottest parts of the engine and exhaust system are better contained. Credit has to go to whoever tunes AMG’s exhausts though too – their NASCAR-style growl is undoubtedly one of the best automotive noises.

Now 25 years old, Chevrolet’s small-block LS series of engines is probably among the most prolific power units in history. Used by General Motors in everything from pickups to supercars, and used by individual car builders worldwide in its off-the-shelf crate form, it’s one of few engines that could also command a higher profile than any of the cars it’s been fitted to.

One exception could be the Chevrolet Corvette, which first received an LS engine (the LS1) in 1997, and even the C8 Corvette’s LT2 is still a development of the LS series. The benefits are manifold. The unit is strong, relatively light, compact thanks to its pushrod design, modular, and of course, capable of putting out some very healthy power figures – the Corvette C8 makes an easy-going 489bhp from its 6.2-litre capacity.

‘Any Cosworth DFV has to have a place on the list’ – Stuart Gallagher, Editor

‘The 1998 Honda IndyCar engine – single turbo, over 900hp, smooth as silk, clever 9th butterfly to hold boost in the plenum so no lag. 250mph with a Hanford “parachute” rear wing and it was still accelerating!’ – Dario Franchitti, four-time IndyCar champion

‘As a mechanical object to admire from the sidelines, I have to nominate the 200 horsepower V8 of the 1905 Darracq that keeps making appearances at Goodwood. Exposed valve gear, open headers and oil gushing from every orifice, it sounds like death from above and looks absolutely terrifying to drive. Wonderful’ – Antony Ingram, staff writer