New Ford GT put through its paces on-track ahead of its debut in January at the Daytona 24 Hours. 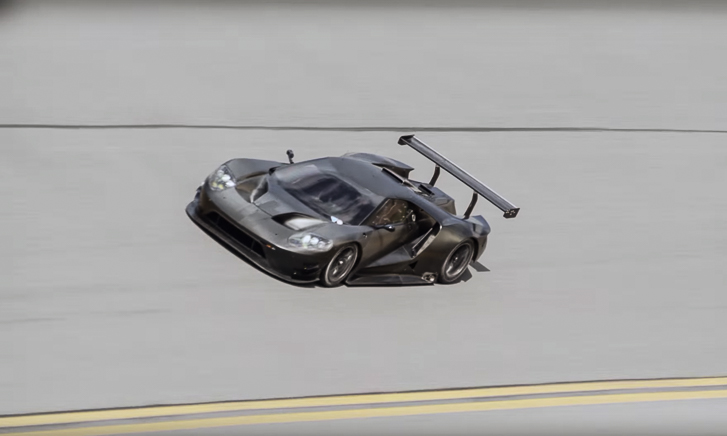 This is not the first time we’ve seen Ford’s new GT track-spec prototype being put through its paces at the Daytona International Speedway, and we doubt it will be the last, the GT set to make its debut at the upcoming Rolex 24 at Daytona endurance race under the Ford Performance Chip Ganassi Racing banner. The 24 Hours is just the first of 12 rounds of the 2015 IMSA SportCar Championship the new Ford GT will contest during its first full season of competition, which will also include the 2016 24 Hours of Le Mans in June.

The confirmed driver line-up includes Dirk Müller, Joey Hand, former IndyCar and ALMS race winner Ryan Briscoe, and former FIA GT2 champion Richard Westbrook. Ford’s two entries will sport the numbers 66 and 67, a nod to the team’s wins at the 1966 and 1967 24 Hours of Le Mans, the first of four victories on the bounce for the GT40.

What better time then to show some more highlights of the GT on-track at Daytona – race livery and all – ahead of its high profile debut.