So yeah, we all knew that Bugatti’s successor to the Veyron – the new $3.2m Chiron that first appeared last year at Geneva – was going to be explosively, eye-poppingly rapid. But it wasn’t until a POV video posted by EVO Magazine emerged that we found out just how effortless 0-351 could actually be.

Check out the speedometer in the above video. Driven by EVO’s Richard Meaden, the Chiron gulps the first 100kph like it’s nothing, leaving the McLaren P1, LaFerrari and Porsche 918 Spyder almost half a second in its wake already. The same can be said for the next 100kph to 200kph, and only when the needle rises above 300kph does the new Bugatti begin to show signs of ‘effort’. As Meaden himself mentions (not on camera), the Chiron is a whole other animal compared with the Veyron:

“Don’t be fooled into thinking the Chiron is propelled by a Veyron engine with the wick turned-up a bit: even Bugatti’s first effort pales when compared with the Chiron. More power, more torque and more speed are givens, but Bugatti’s eight-eyed monster also promises genuine tactility for a much-improved sense of connection and enjoyment”

Shockingly, all 500 examples have already been sold. Funny that…

You can check out more Bugatti features HERE 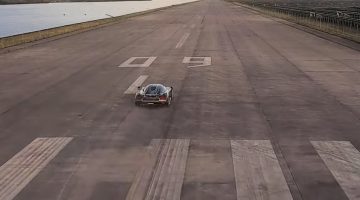 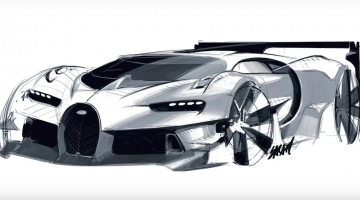