Your hypercar Bugatti Chiron can do 0-400-0 km/h in 42 seconds on a perfectly straight road? That’s cute. The Swedish would like to show you how its done ..

Bugatti’s video having the latest 1,500ps Chiron do a 0-400-0 kph record is very impressive, and it racked up over six million views on youtube in just a couple of weeks time, so obviously the internet went mad … but just like youtube, there’s a better video that comes out trending just a couple of weeks after that. In this case, it was Koenigsegg’s.

Koenigsegg just released a video of their own 0-400-0 kph run in the Agera RS, being driven on World War 2 concrete airstrip, so you could imagine the potholes and ground imperfections, but pfft, Christian von Koenigsegg is too badass to care. I’d like to imagine the scenario of what happened when the team saw the Chiron’s video, then made some phone calls to book the airstrip and get the car on the ground.

So the Agera RS used for this record is for a customer in the US, who was keen to show the car’s performance numbers and what it can do when pushed further. Only minor adjustments were done in order to get the car ready for the record. Koenigsegg mentioned they had to tune the spoiler slightly to reduce drag in order to achieve higher speeds, and in the main picture you could see how body gaps were sealed with tape to increase aerodynamic and decrease air going through the body gaps.

Koenigsegg’s factory driver Niklas Lilja piloted the Agera RS, and did several runs for precautions to make sure everything runs smoothly after 300kph speeds. On the 6th run, Niklas achieved the speed of 403kph in 37.28 seconds. while the 0-400-0kph run 36.44 seconds. That’s 5.52 seconds faster than the Chiron’s 41.96 run. And that was just done using the Agera RS.. We wonder how would the One:1 perform?

In case you haven’t seen Bugatti’s run, check it out in the video below: 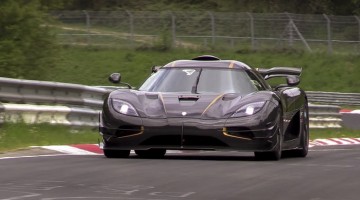 VIDEO. Koenigsegg returns to ‘The Ring’ 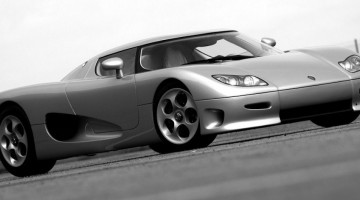