VIDEO. Koenigsegg returns to ‘The Ring’

Footage captured of the 1341bhp Koenigsegg One:1 at the Nürburgring as the Swedish manufacturer prepares for a new lap record attempt for road cars 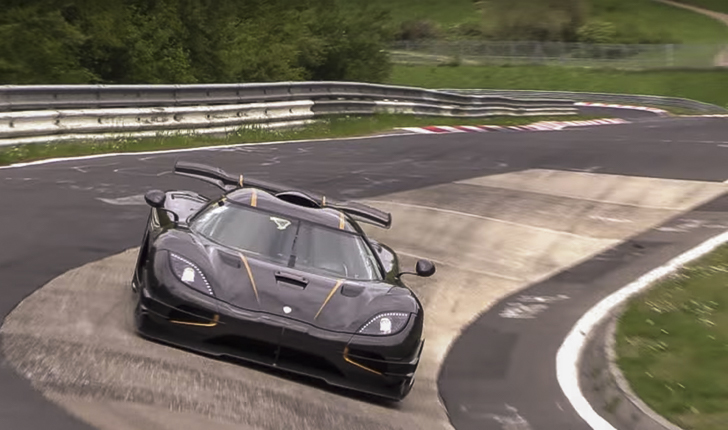 Try to remain calm…all good? Okay…Koenigsegg has made its return to the Nürburgring in the hope of setting a new lap record for road cars with the 1350PS (1341bhp) One:1 ‘megacar’.

Although plans to beat the Porsche 918 Spyder’s 6m 57.0s record were first revealed back in December 2014, the attempt was ultimately put on-hold following the announcement that speed restrictions would be put in place at the Green Hell, a result of an accident at Flugplatz during a VLN race when a Nissan GT-R GT3 went airborne, tragically killing a trackside spectator.

With the restrictions now lifted, Koenigsegg has now begun testing ahead of the actual run, with factory test driver Robert Serwanski in particular keen to gain ‘intimate knowledge’ of both the 1341bhp monster and the 20km strip of sinuous pant-filler. Can’t say we blame him, given the 5-litre V8 beneath that lightweight body is capable of 0-100kph in less than 2.9 seconds and a pant-filling 439kph top speed.

Don’t expect any laptimes to be forthcoming from the Swedish indepedents any time soon though, Koenigsegg stating that the preparation alone will take a couple of months. To get yourself pumped up though, you could learn more about that perfect power-to-weight ratio with company namesake Christian HERE, and check out our pick of the TEN best Nürburgring lap record videos.

Previous ArticleBMW 2002 Homage. A tribute to 50 years of the 02 Series
Next Article VIDEO. Celebrating the Audi Quattro. World Rally Championship