The Pagani Huayra R follows in the footsteps of the track-only Zonda, dropping its turbochargers for naturally-aspirated thrills 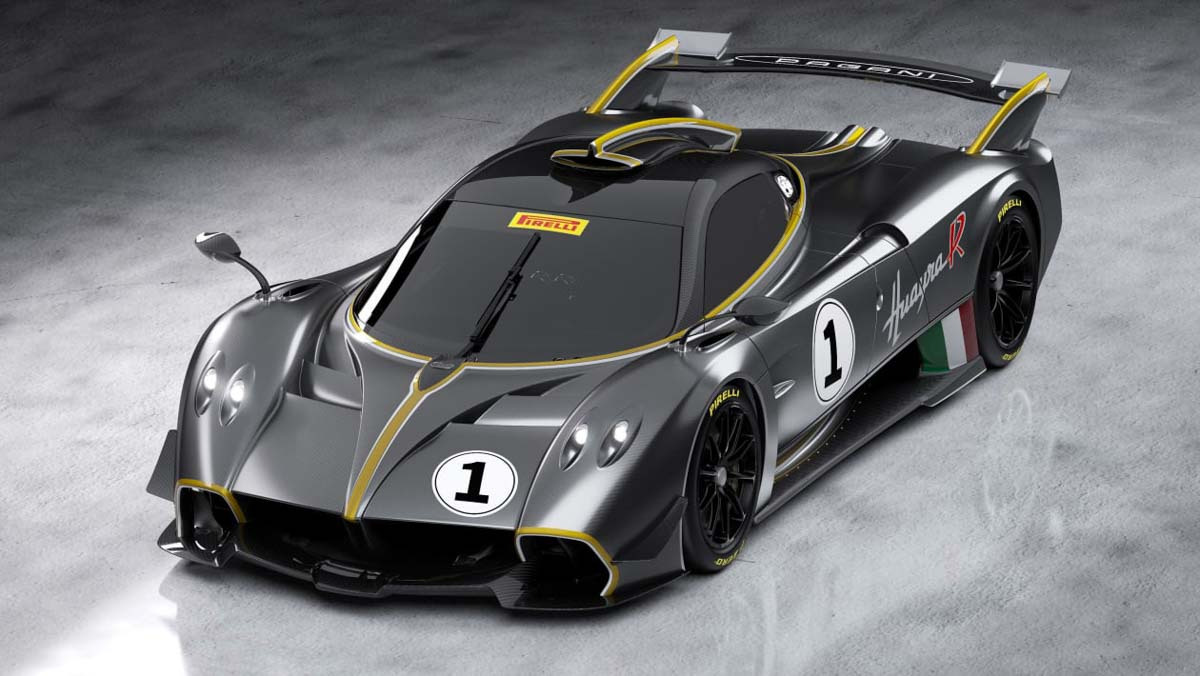 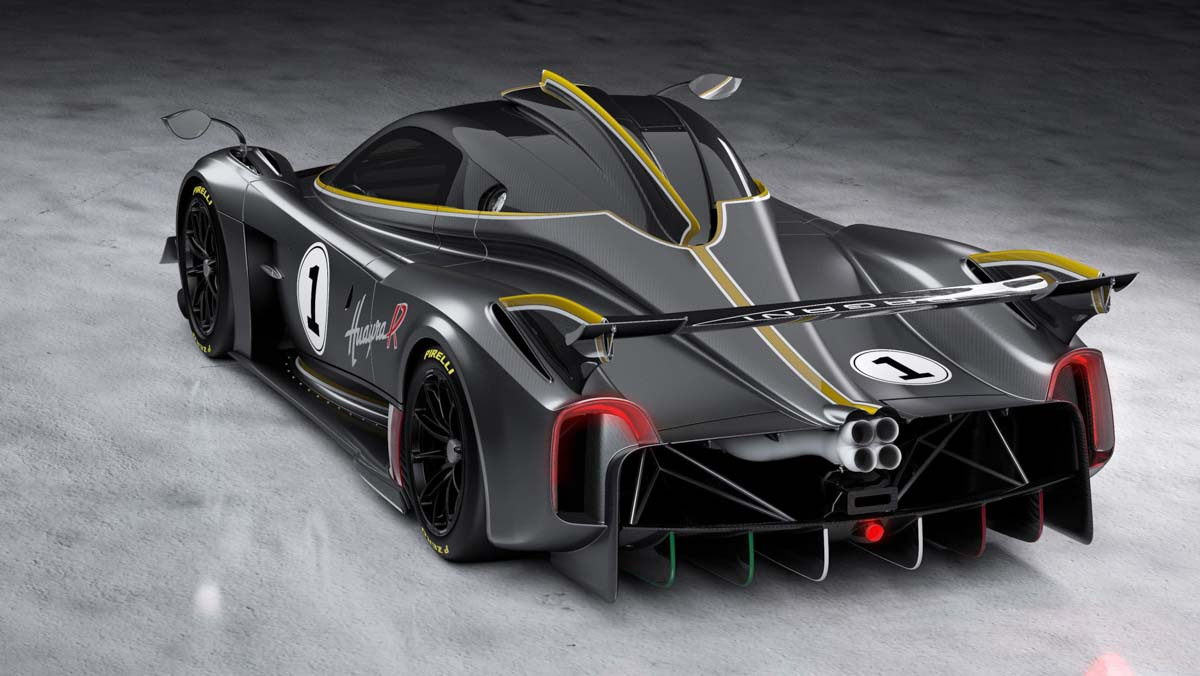 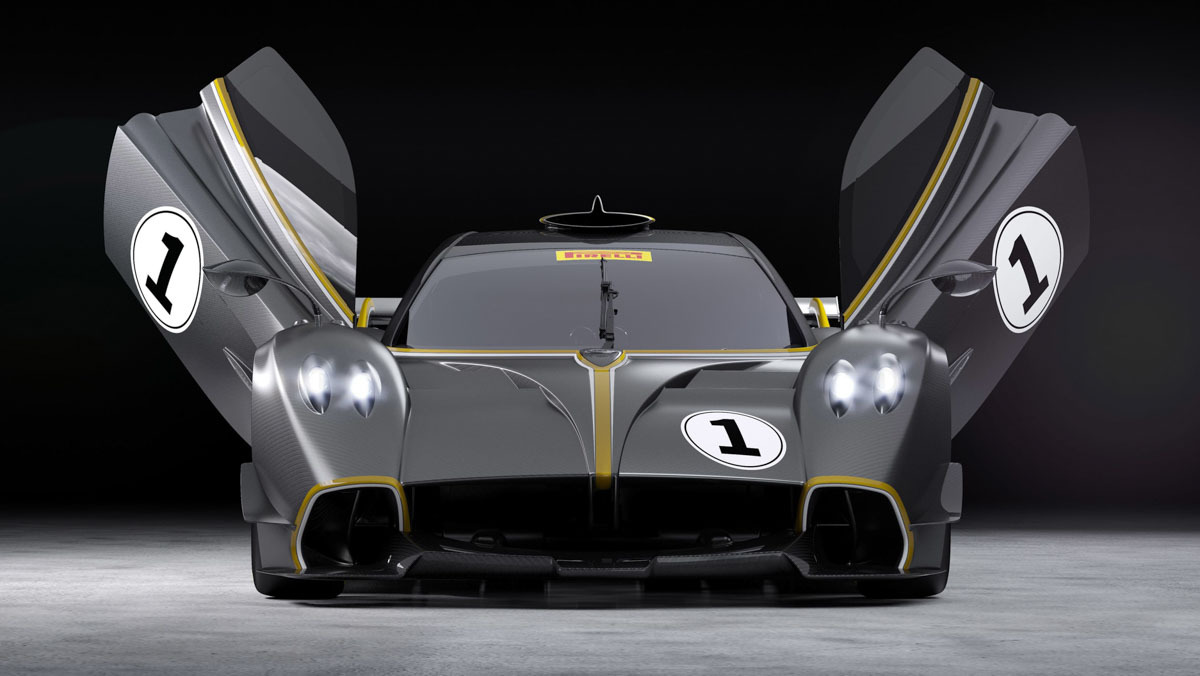 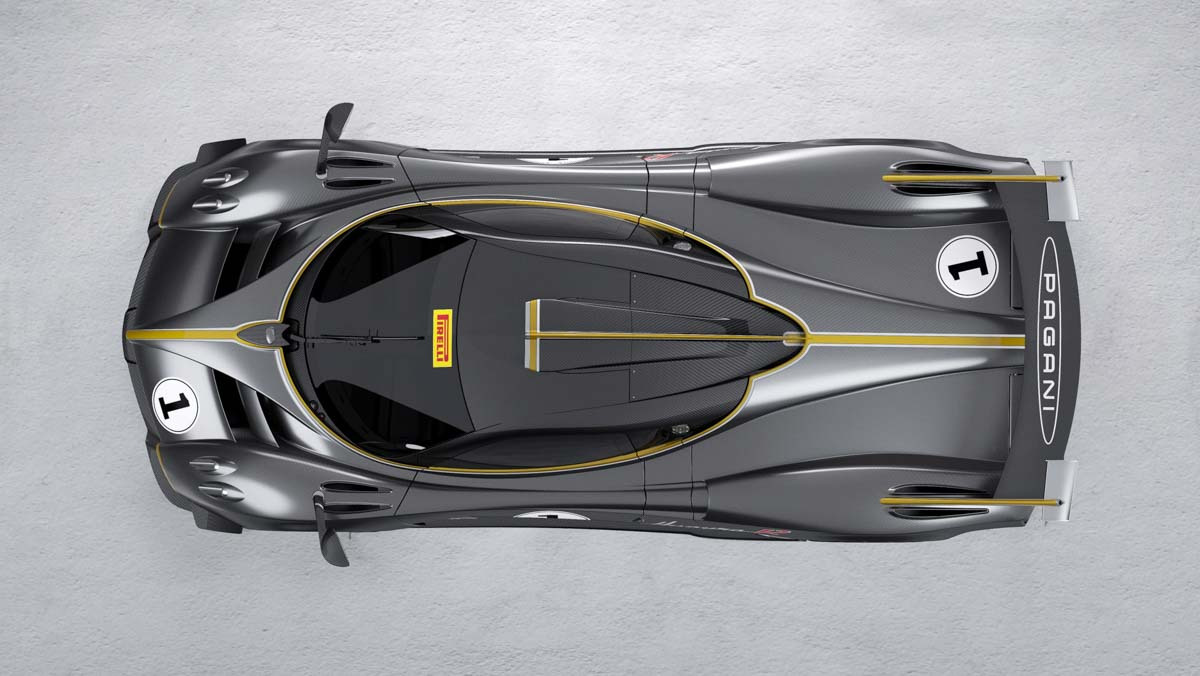 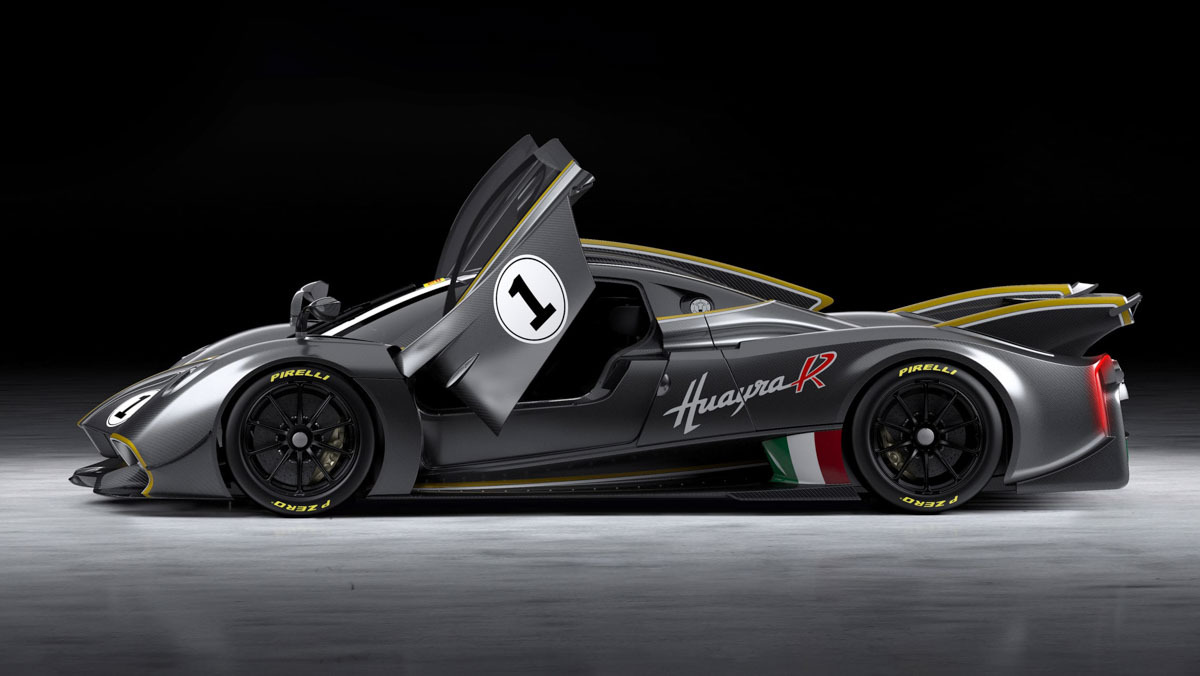 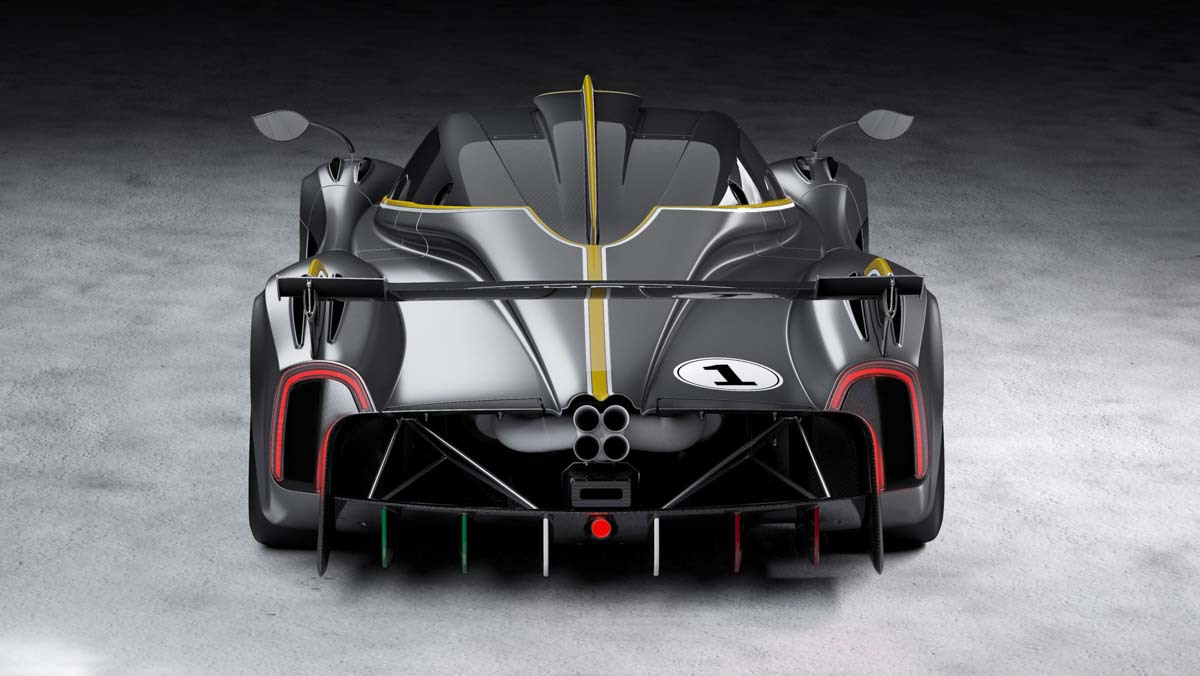 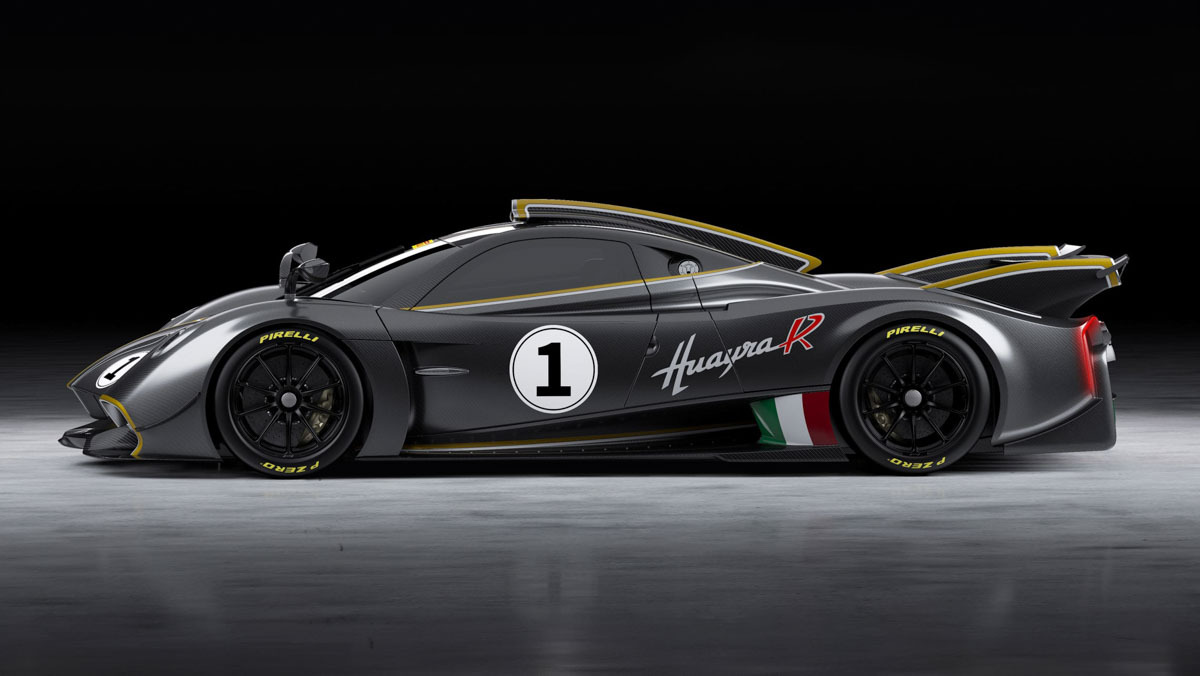 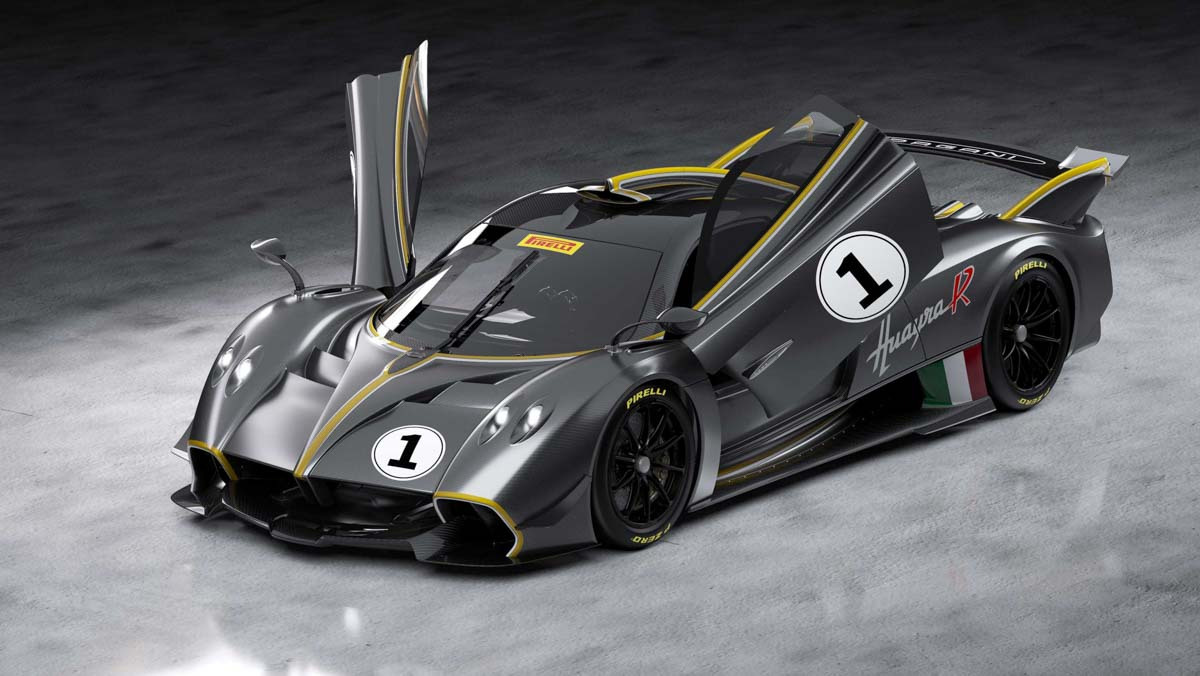 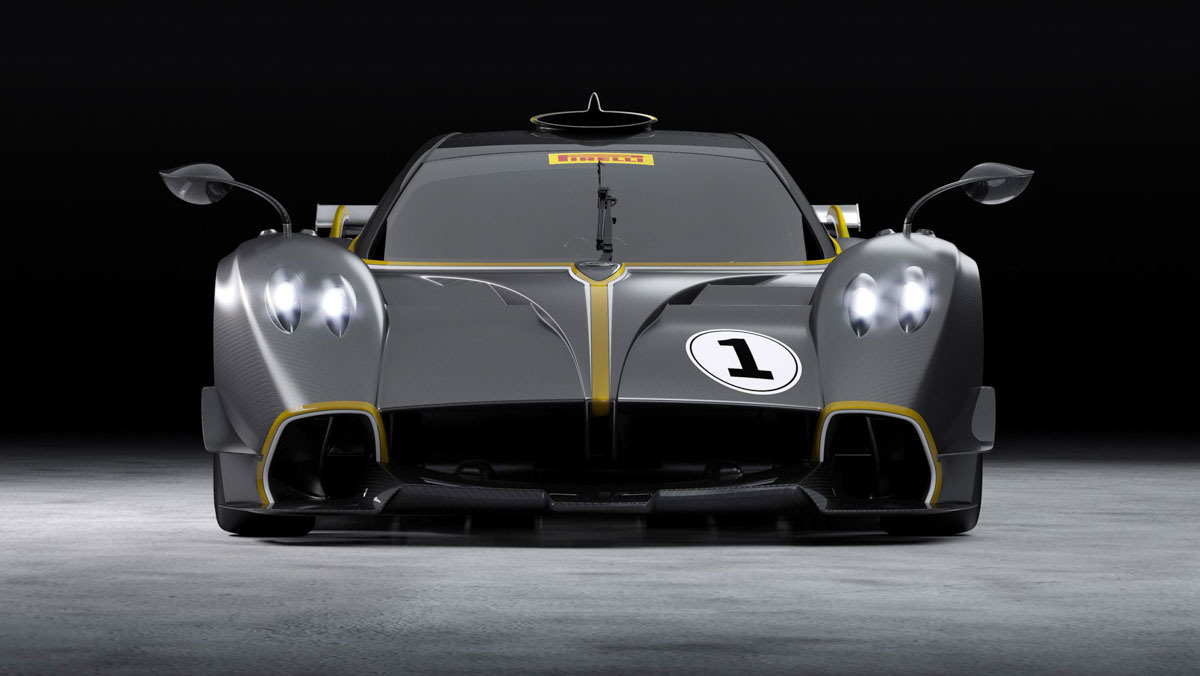 Launched at the 2009 Geneva Motor Show, the Pagani Zonda R followed a similar template to the Ferrari FXX in turning an ultra-exclusive road car into a track-only supercar. Now over a decade on, Pagani has applied a similar formula to its Huayra, but to an even more extreme level.

Designed from the ground up in partnership with Affalterbach-based HWA AG, a firm responsible for the development and production of select components for Mercedes-AMG, the Huayra R shares only a name with its road-going counterpart, debuting a new chassis, powertrain and aero package.

The most notable addition is the new ‘V12-R’ powerplant – a bespoke 6-litre naturally-aspirated V12 weighing just 198kg, less even than the Valkyrie’s 206kg unit. It’s also the most powerful naturally-aspirated V12 Pagani has ever utilised, with 838bhp produced at 8250rpm, and a peak of 553lb ft of torque available between 5500 and 8300rpm. Its peak engine speed of 9200rpm is a few thousand short of the V12 engines currently in production by Cosworth for Aston Martin and GMA, but it still has 99bhp and 29lb ft of torque more than the Zonda R.

Transferring power to the ground is a new, lightweight, HWA-developed six-speed sequential transmission. Like other track-only hypercars of the same distinction such as the GMA T.50s, the gearbox is a stressed member of the carbonfibre chassis aiding torsional rigidity, which is 16 percent higher than a road-going Huayra.

A naturally-aspirated V12 Pagani wouldn’t be complete without a jaw-dropping exhaust note, and so it has devised a bespoke system to extract as much performance and sound as possible. The Inconel system features ceramic-coated tubes a third the thickness of ordinary road car systems for a reduction in weight, utilising a unique manifold design and equal length pipes for an F1-esque sound. Pagani will also provide a muffler system to allow for use on tracks with noise restrictions.

Without the need to comply with road regulations, the Huayra R’s dry weight comes in at just 1050kg, 20kg lower than the Zonda R it succeeds. The firm says that like its predecessor, technology derived from Huayra R will be incorporated into future road-going Pagani models.

Replacing the Huayra R’s trick active aerodynamic system is a static setup that looks to motorsport for inspiration. Achieved with near-perfect 46 per cent front, 54 per cent rear downforce balance, Pagani claims it produces 1000kg of downforce at 320kph through the use of a flat underside, aggressive diffuser and large rear wing.

Working in tandem with the aero is its bespoke forged aluminium double wishbone suspension, complete with helical springs and electronically controlled adaptive shock absorbers. Pagani says that the setup is tailored to suit its bespoke Pirelli slicks, but has been designed to be accessible for drivers with varying levels of track driving experience.

Behind 19-inch APP Tech forged aluminium wheels are a set of Brembo CCM-R carbon ceramic discs, 410mm front and 390mm rear, with six-piston calipers. The aforementioned Pirellis are available in both dry and wet specifications, and are 275-section front and 325-section rear.

Inside, an adjustable AP Racing-developed pedal box will help drivers find their perfect seating position, with controls for traction control, ABS settings and radio communication immediately available to the driver on the steering wheel. Secondary controls such as lights and engine maps are to be found on the centre console, with a fully customisable display providing the most important information to the driver at all times. Telemetry is also included as standard to provide the driver and pit crew with all of the necessary information to hone those lap times.

Prices start at $3m before taxes, and although it’s $970,000 more than the Zonda R, it is a figure that might even be called affordable for a modern Pagani, given its recent penchant for creating $5m+ one-off special editions. 30 examples will be built in total, twice as many as the Zonda R, and given it doesn’t need to comply with road regulations, will be available to customers from all over the world.