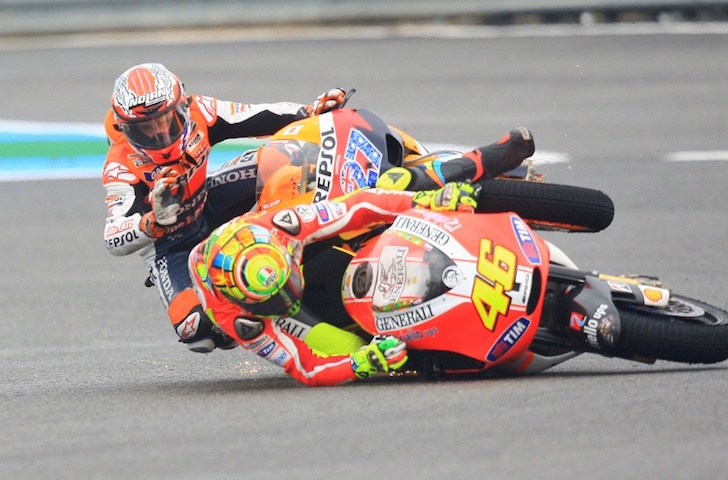 The second high profile incident on Spanish turf for Rossi, this relatively minor incident in 2011 between Rossi and incumbent-champion Casey Stoner nevertheless had far reaching consequences. An off the pace Ducati Desmosedici, during Rossi’s first season with the Italian squad, led many to believe that even HE had bitten off more than he could chew, a clash with championship leader Stoner at Jerez not making life any easier. Some saw it as a desperate move, others as merely a racing incident on his way to fifth place. Regardless, Stoner’s ‘ambition outweighed [his] talent’ comment spoke volumes…

Check out 1m 50s for the incident itself