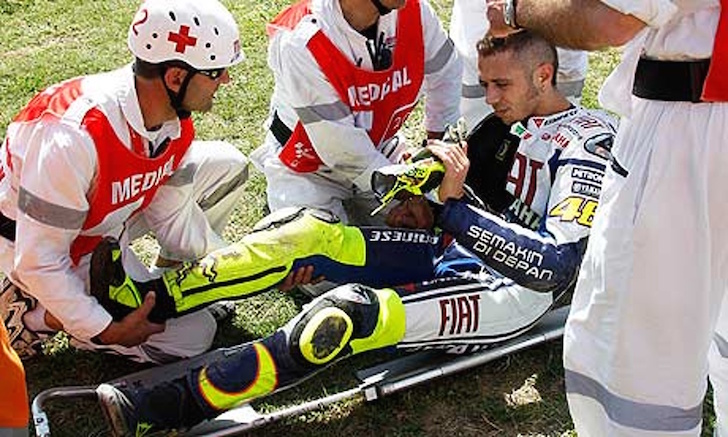 ‘This can’t be right, can it?’ The idea of seven-time champion Valentino Rossi breaking his leg on a bike seemed so farcical that many refused to believe it was possible, in much the same way that many believed in the early 1990s Ayrton Senna could never die in a Formula 1 car. And yet…

Said incident happened during practice for the 2010 Italian Grand Prix at Mugello following a massive tank slapper that caused a compound fracture to his right tibia. It was an accident that would see the Italian miss four rounds of the championship and destroy all hope of a title charge that year

Source – MotoGP and The Guardian