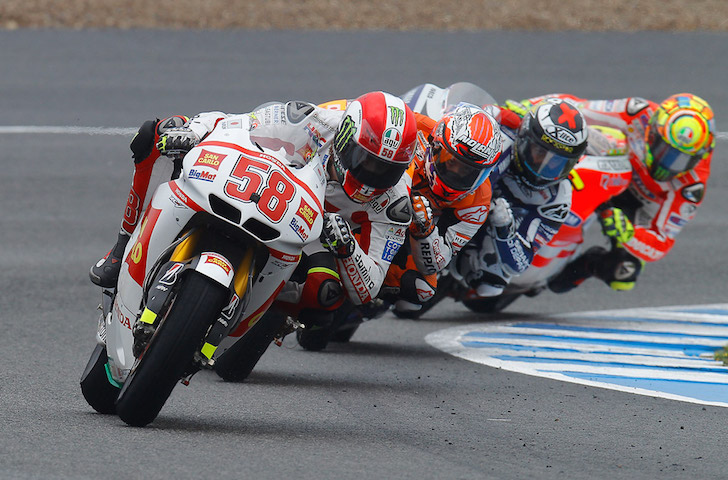 A tough – possibly even cruel – addition to our list, there’s no doubt the crash that included Rossi, Colin Edwards and the late Marco Melandri is amongst the most famous in MotoGP history.

A qualifying event dominated by the Repsol Hondas saw Dani Pedrosa lead an all Japan front row, while a typically gutsy ride from Simoncelli saw the Italian line up fifth alongside Edwards. Said dominance continued as the Hondas blasted into the distance on the opening lap, Simoncelli quickly dispatching Edwards for fourth. On the second tour though, the Italian got it completely wrong heaing onto the back straight, his Gresini Honda banking violently to the right across the track. An unsighted Edwards and Rossi had nowhere to go…

While many could barely comprehend that such a thing could happen in motorsport’s contemporary age, many were haunted by the eerily similar circumstances in which Moto2 rider Shoya Tomizawa had been taken just one year earlier. Simoncelli’s crash itself you can see HERE. We prefer to bring you MotoGP’s very moving tribute to the late Italian.

Did we miss any? Well obviously! Let us know in the comments section below