Beauty is in the eye of the beholder, so they say. We’d be interested to hear what they say about these. 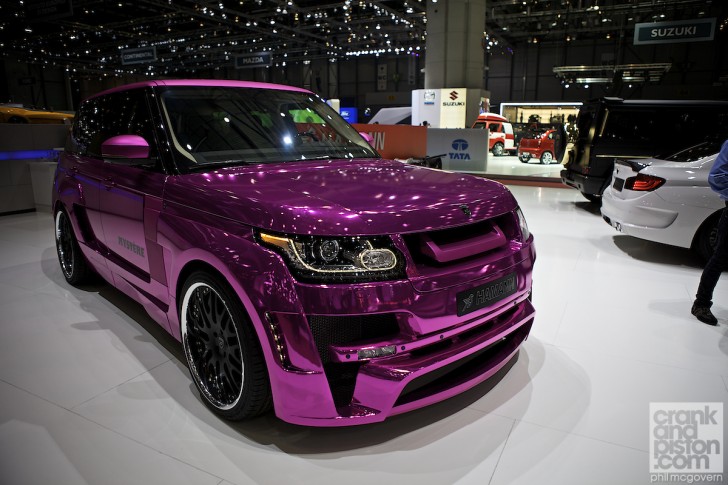 Range Rover has worked long and hard on the design of its latest flagship car. So what does Hamann do? Puts a shonky pink chrome wrap and some rubbish graphics on it. Fail. 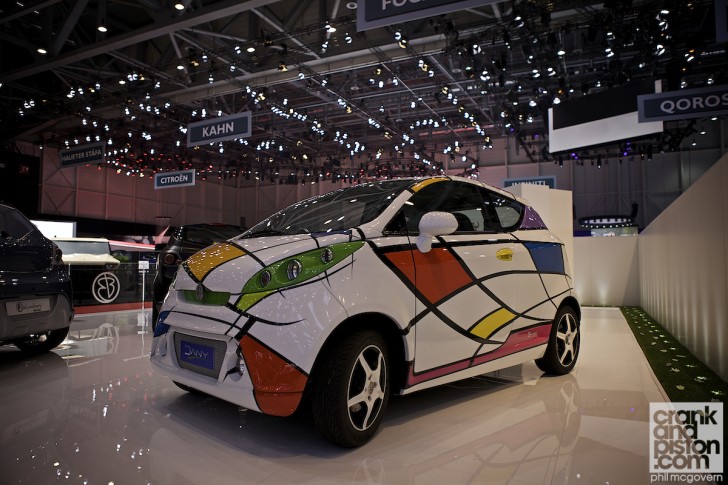 Electric cars are struggling to gain a foothold among the public at large, not so much because of the image but because they’re simply not as practical as regular internal combustion-powered vehicles. Italian manufacturer Belumbury clearly thinks the way forward is to paint them in ridiculous patterns. 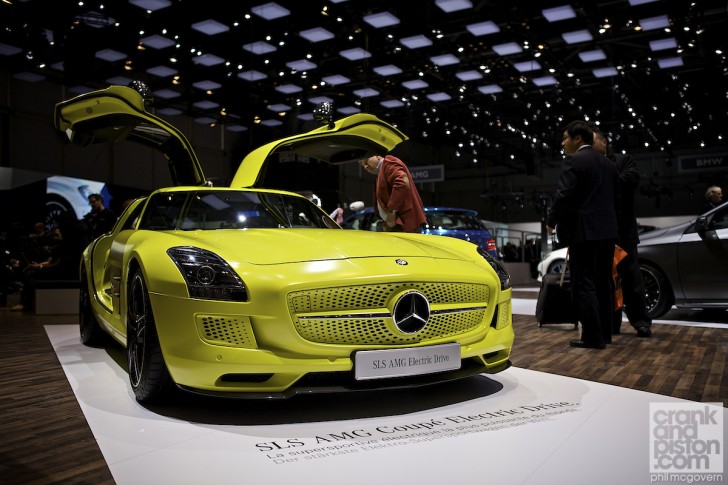 Actually, maybe Belumbury is on to something. Mercedes clearly agrees, having painted their electric SLS in as much luminous yellow paint as they could get their hands on. 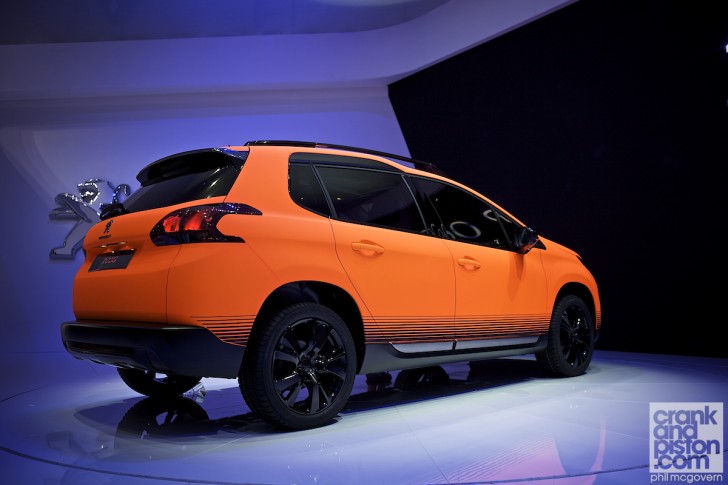 It’s a crossover SUV destined never to go away from the tarmac. Not very exciting. Best paint it in a retina-searing matt orange then.

French artist Bernar Venet flat out told us that when he was first approached by Bugatti to paint a Veyron, he wasn’t interested. He didn’t reveal what changed his mind, so speculation about a massive cheque might be premature. But his approach was to scrawl equations and formulae over the front of it, and call it art. Hmmm. 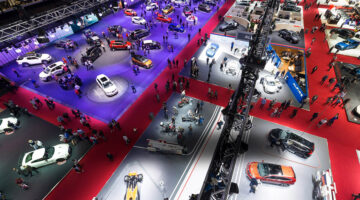