THROWBACK THURSDAY. Jump on-board with Steve Soper at the 4 Hours of Siverstone during the 1996 BPR Global GT Series 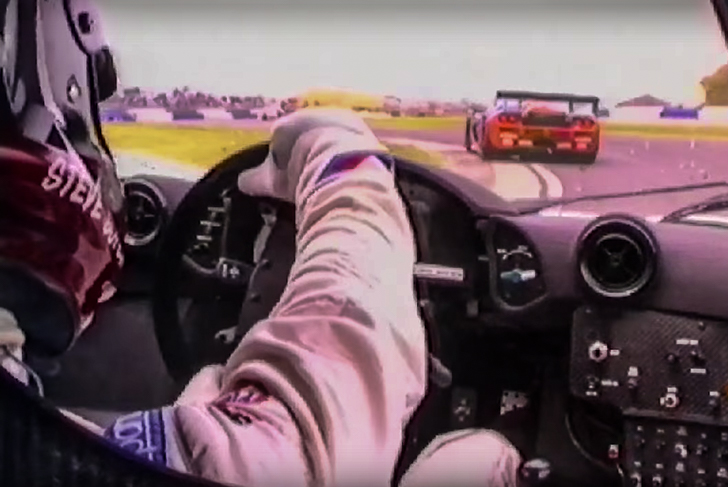 Rewind the clock 20 years. Fresh from its success a year earlier (during which it lost only once apiece to the Porsche 911 GT2 and Ferrari F40 LM), McLaren returns to the BPR Global GT Series to begin its title defence with the F1 GTR. A successful start to the campaign it proved too, the F1 GTR taking five victories on the bounce between March and July, securing another two thereafter to comfortably establish itself as the GT machine to beat. Bittersweet irony then that, with the introduction of the FIA GT Championship in 1997 and with new technical regulations to adhere to, the F1 GTR would never again hit such heady heights.

So far so good for its motorsport successor though in 2016, the McLaren 650S GT3 having already secured victory in the opening round of the Blancpain Endurance Cup. This week the Blancpain circus moves to Silverstone, so what better time to bust out the retro racing videos?

We climb on-board with touring car legend Steve Soper as he chases down the Ennea Ingol team’s Ferrari F40 GTE, which would ironically bring the F1’s ’96 winning streak to an end at Anderstorp. Alongside triple Formula 1 champion Nelson Piquet, Soper would just miss the podium at Silverstone. Victory instead would go to the #3 Harrod Mach One Racing F1 GTR of Andy Wallace and Olivier Grouillard, James Weaver and Ray Belim in the #2 Gulf Racing example making it two McLarens on the podium in third.

*Remember the day the F1 GTR met the P1 GTR? You might want to check that out HERE too…