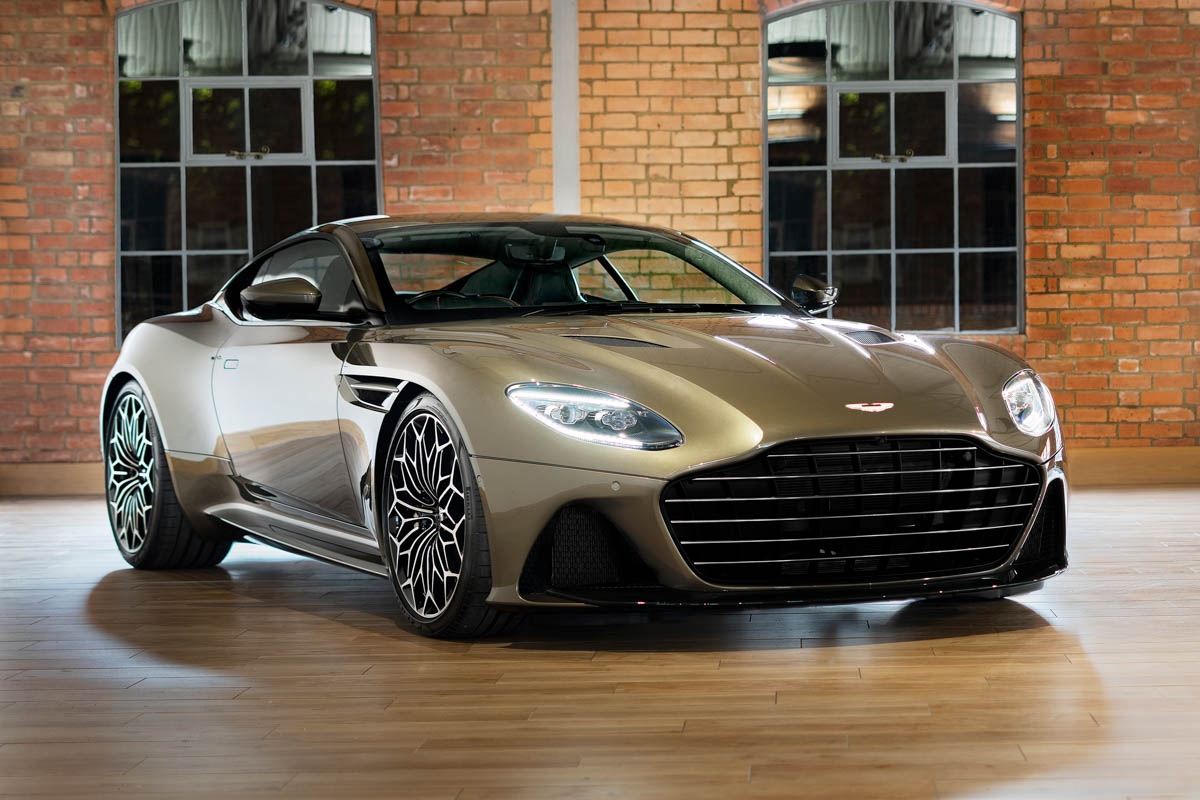 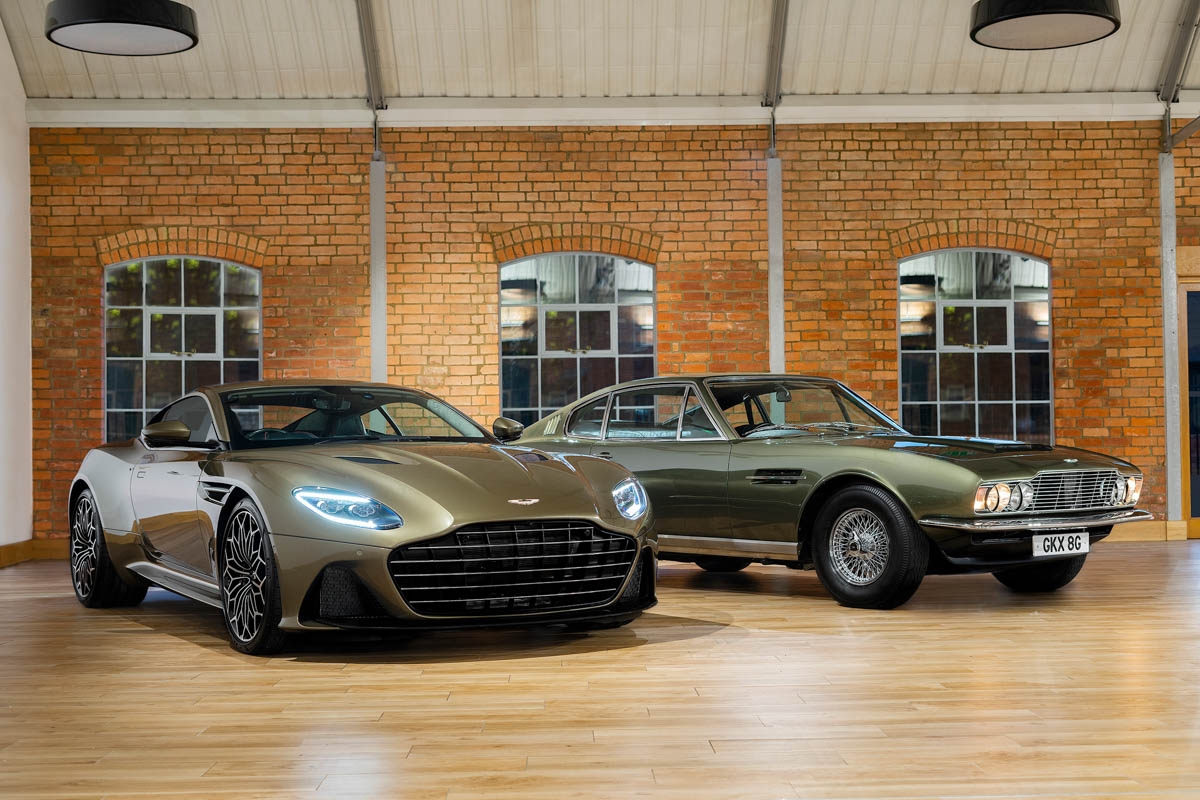 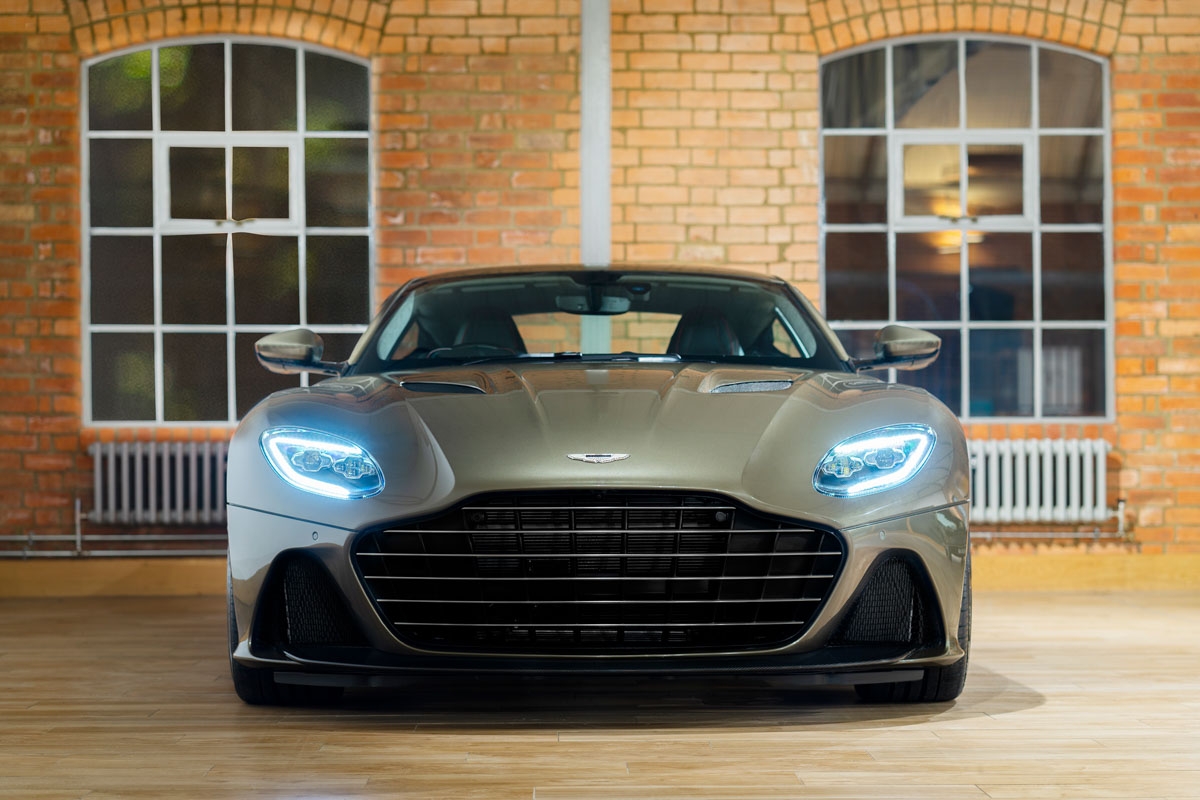 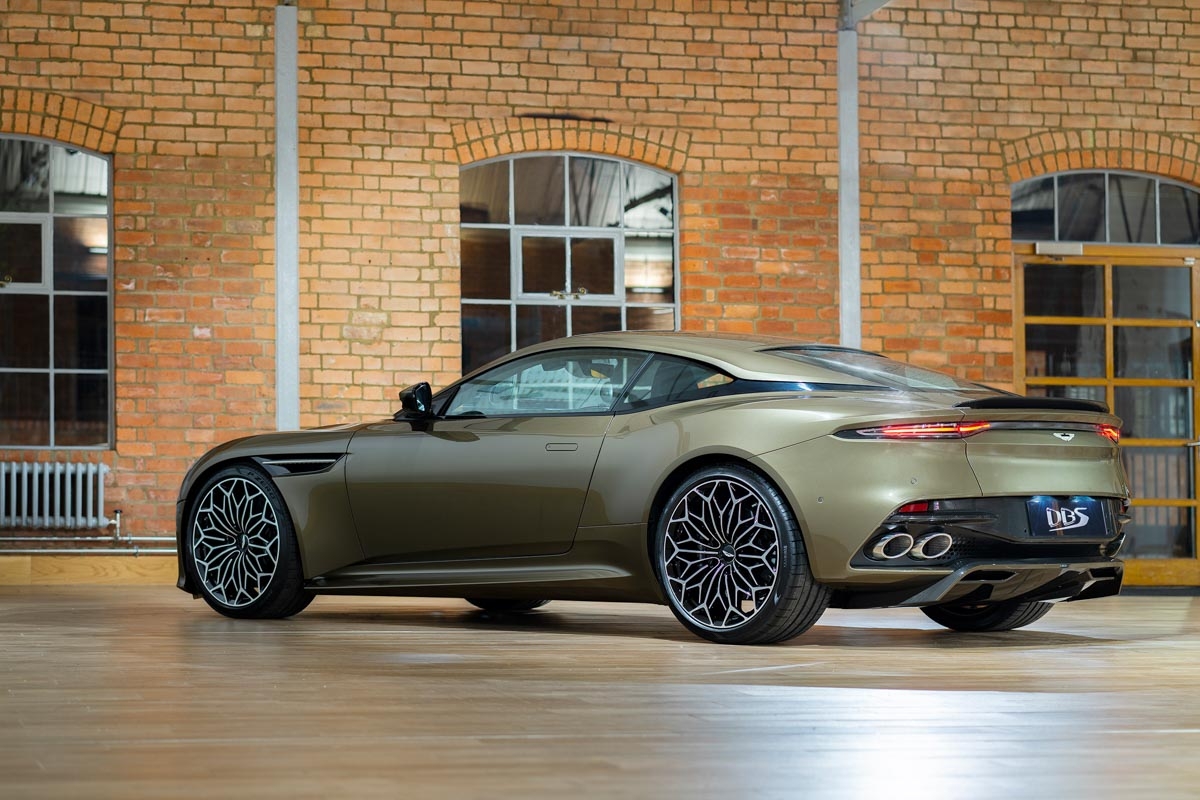 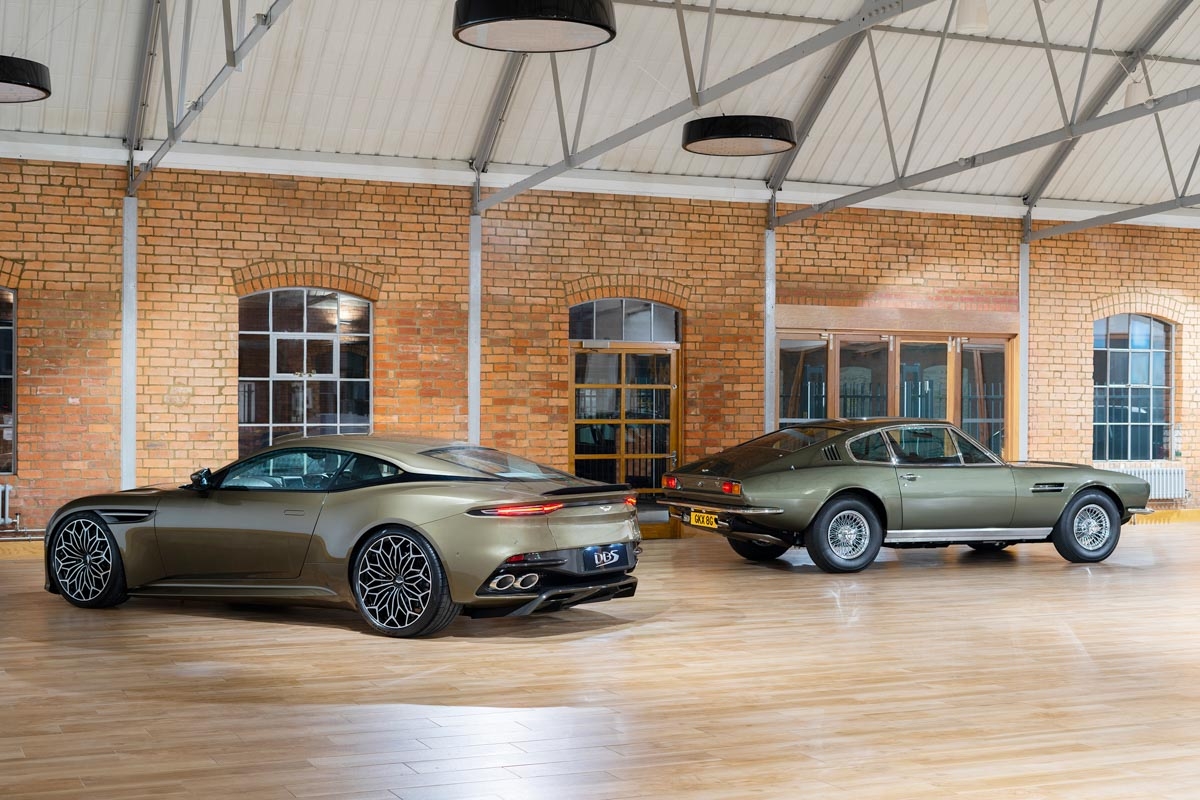 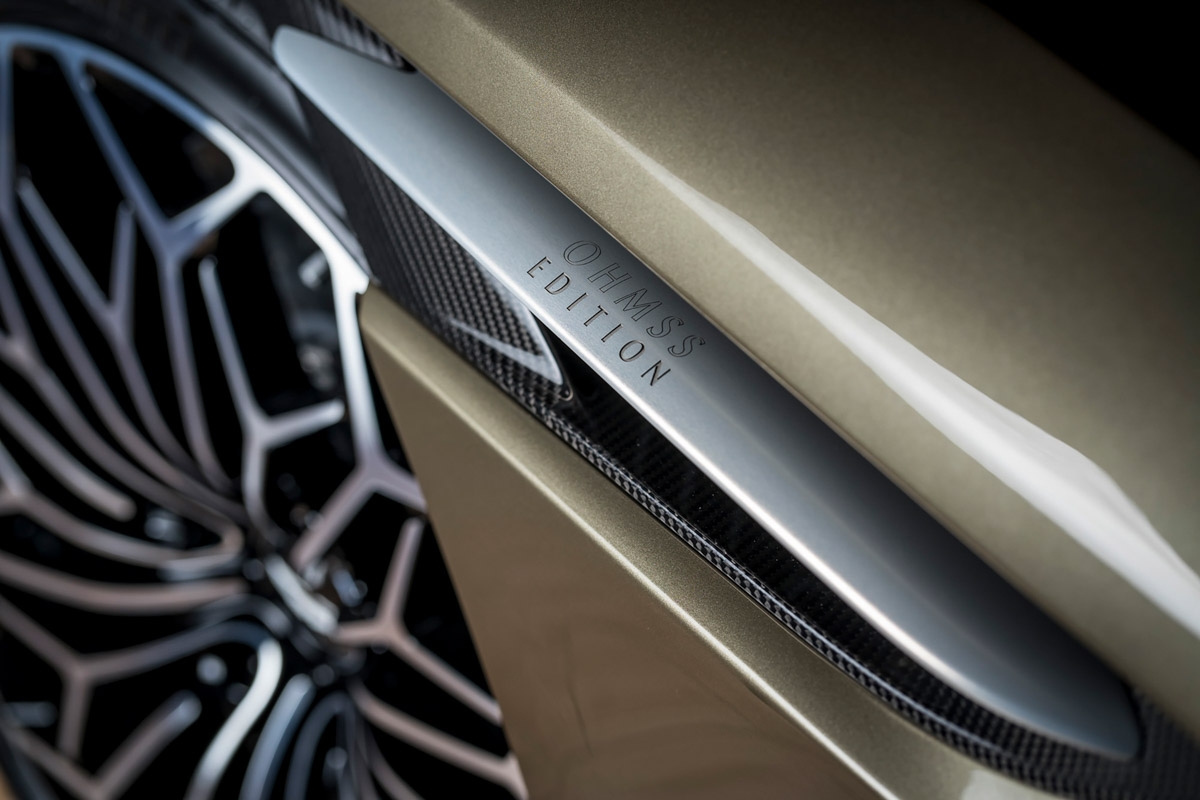 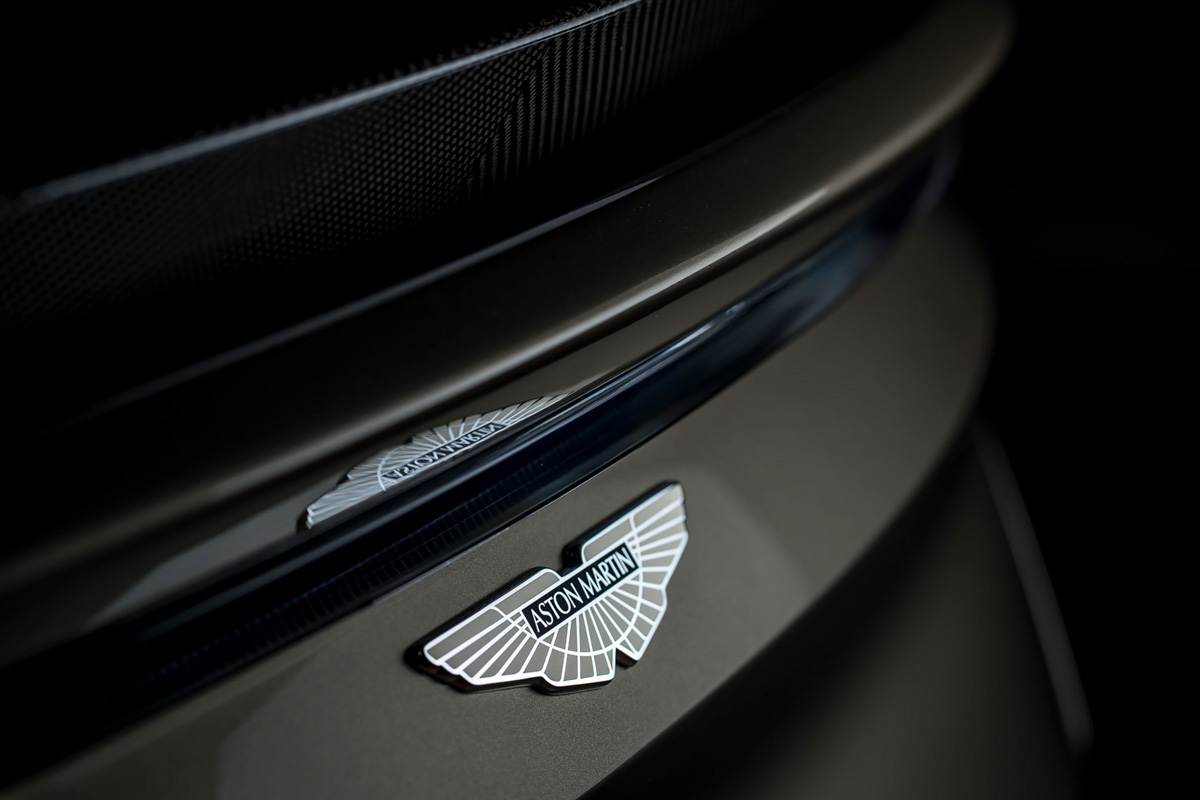 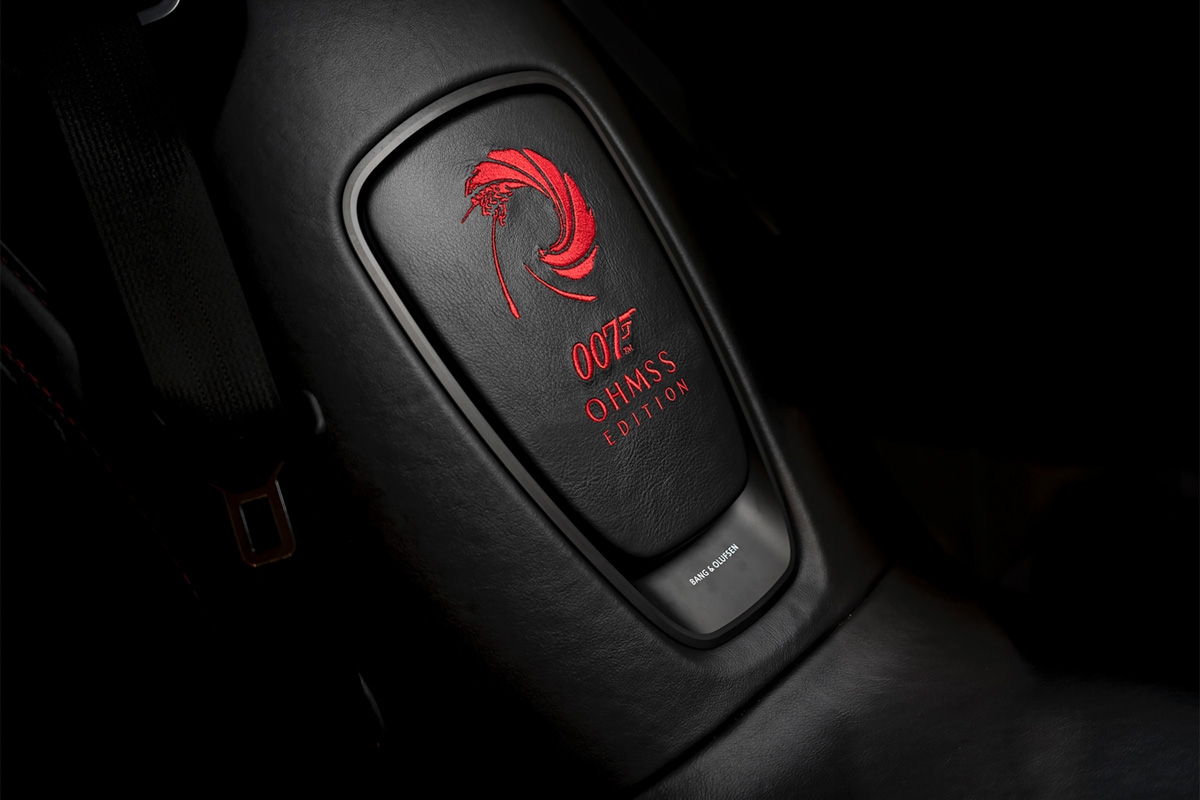 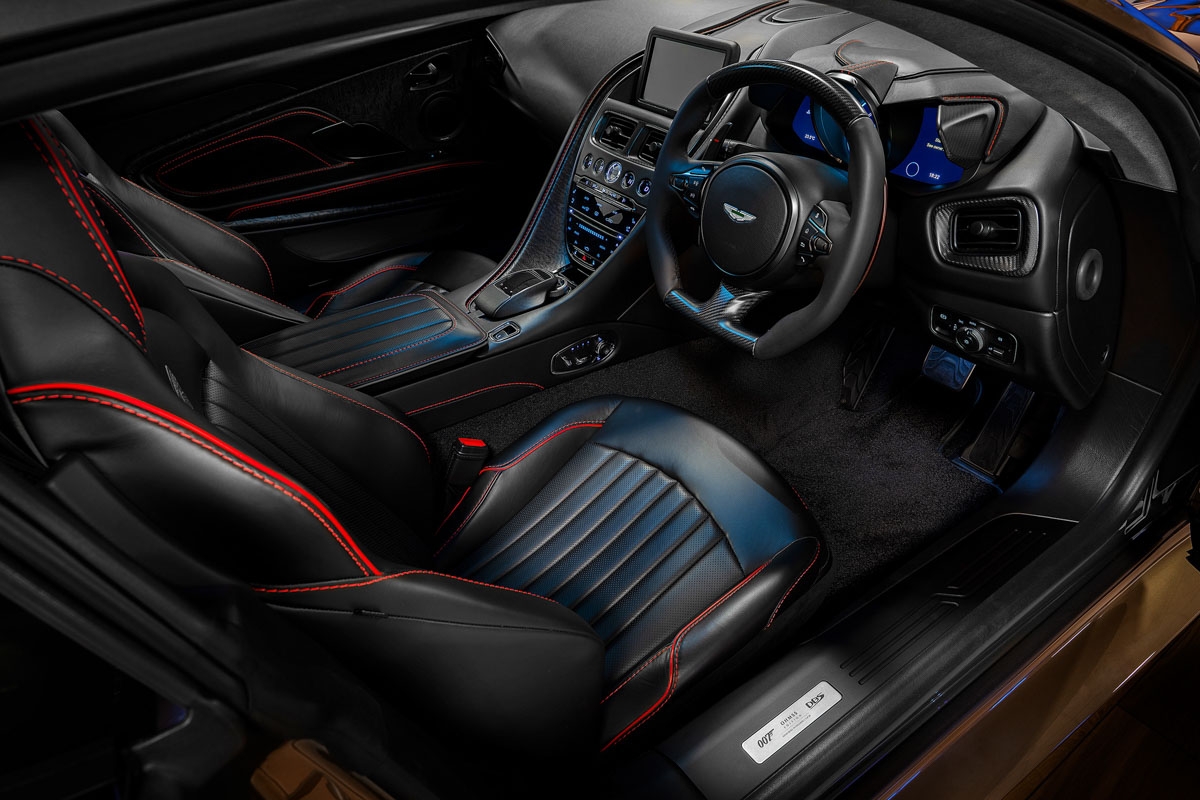 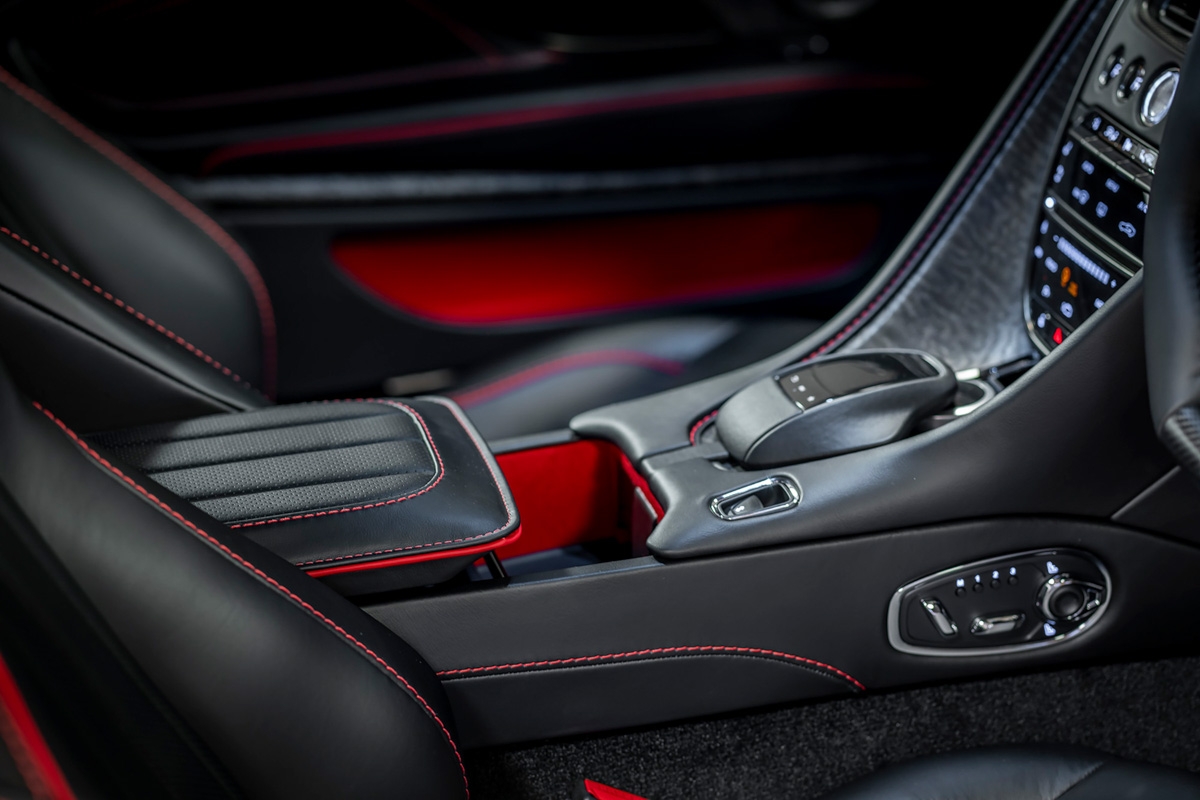 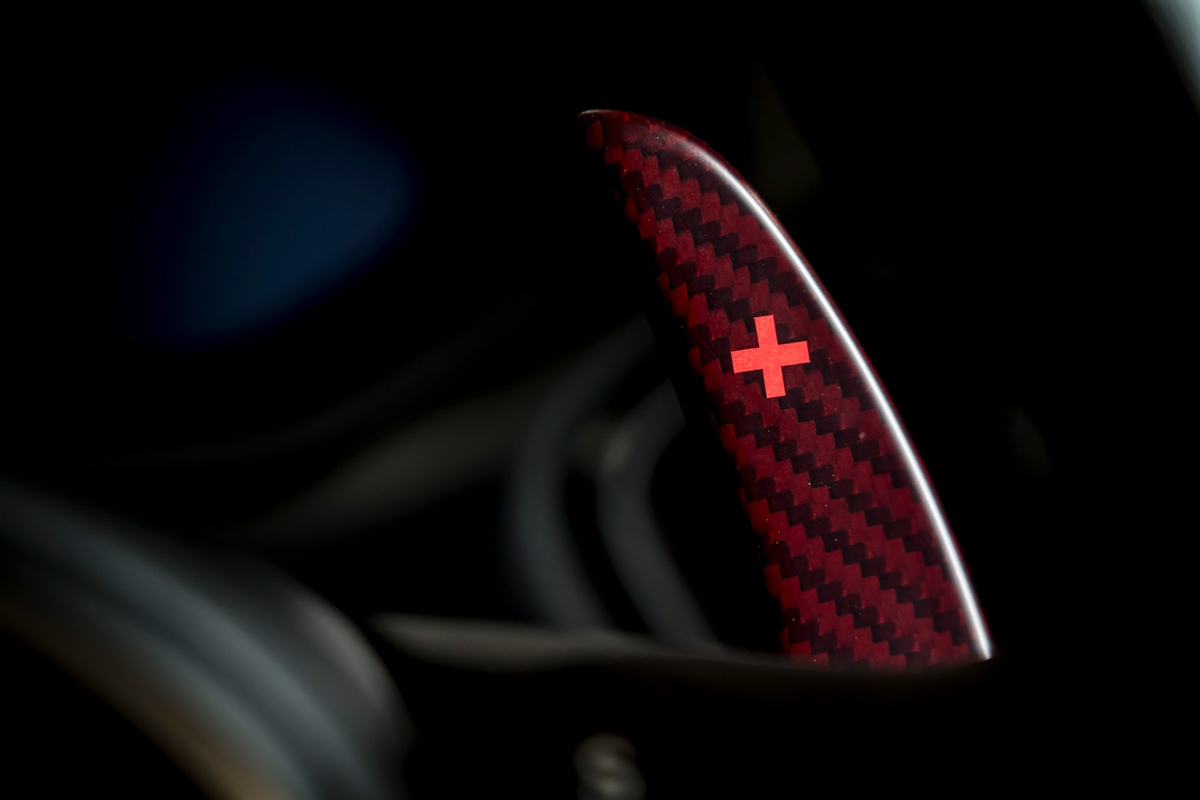 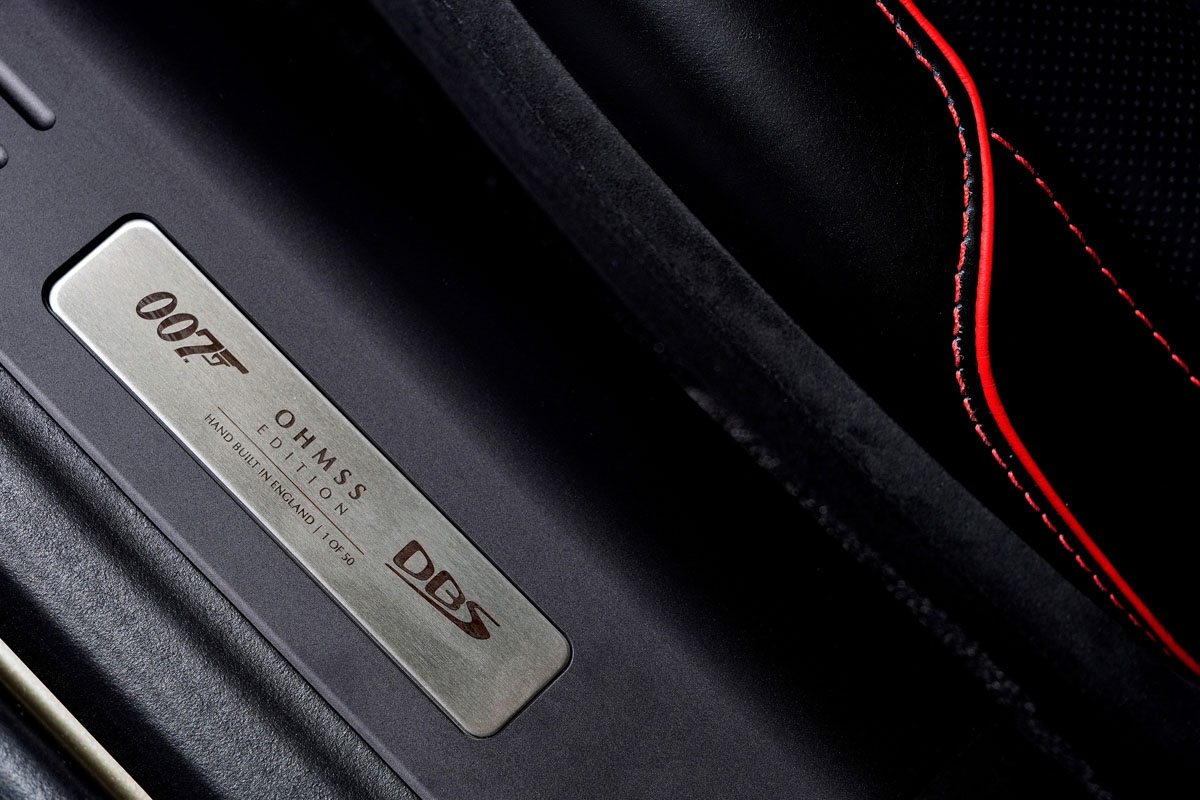 Though it’s yet to feature in a James Bond film, even the new DBS Superleggeraisn’t safe from Aston Martin’s 007 treatment, receiving various tweaks to mark 50 years since the release of On Her Majesty’s Secret Service. The model follows in the footsteps of the Goldfinger DB5 continuation, and the DB9 GT Bond Edition of 2015.

Matching the 1969 Aston Martin DBS from the film, the model features Olive Green paint with a black leather, grey Alcantara interior, complete with red accents. The glovebox is also lined in red, a nod to the home of 007’s telescopic-sight rifle in the film. For when you’re not on the move, Aston Martin will also include a bespoke Olive Green car cover to keep your DBS in tip-top condition.

Unlike many special editions of this kind, the car sees a few physical changes over the standard car, most notably an entirely new front grille and rear badge layout. Replicating the design of the 1969 car is a bespoke metal grille featuring six chrome horizontal vanes, and at the rear, a winged Aston Martin badge in place of the lettering on the standard car. A carbonfibre splitter and aero blade, as well as new diamond-cut wheels, can also be found, as well as plenty of badging denoting the model’s significance throughout. Owners can also opt to have a bespoke drinks case designed to fit into the boot space – of course, this also features a red felt-lined interior, with space for two bottles of champagne and four champagne flutes.

CEO of Aston Martin, Andy Palmer, said: ‘Aston Martin is synonymous with James Bond and the DBS from On Her Majesty’s Secret Service has provided great inspiration to the team tasked with creating this very special edition. This new DBS Superleggera will be an extremely distinguished ‘brute in a suit’, designed to capture the essence of the iconic DBS from the 1969 film but with a 5.2-litre twin-turbo V12, 715bhp engine!’

Sadly the engine doesn’t see an increase in power, but standard figures still push the model from 0 to 100kph in a rather brisk 3.4sec and on to a top speed of 340kph.

Just 50 examples will be produced, with first customer deliveries set to take place in Q4 of this year. The model comes at a hefty $95,000 premium over the standard car, with prices starting from an apt $380,909.