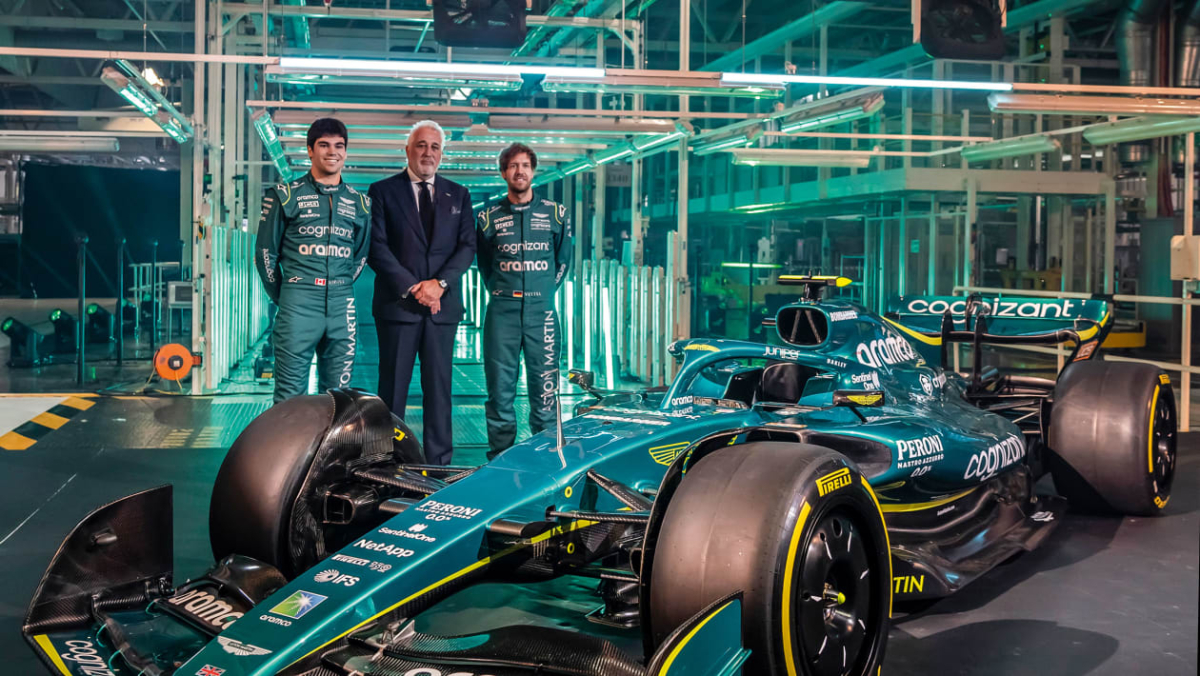 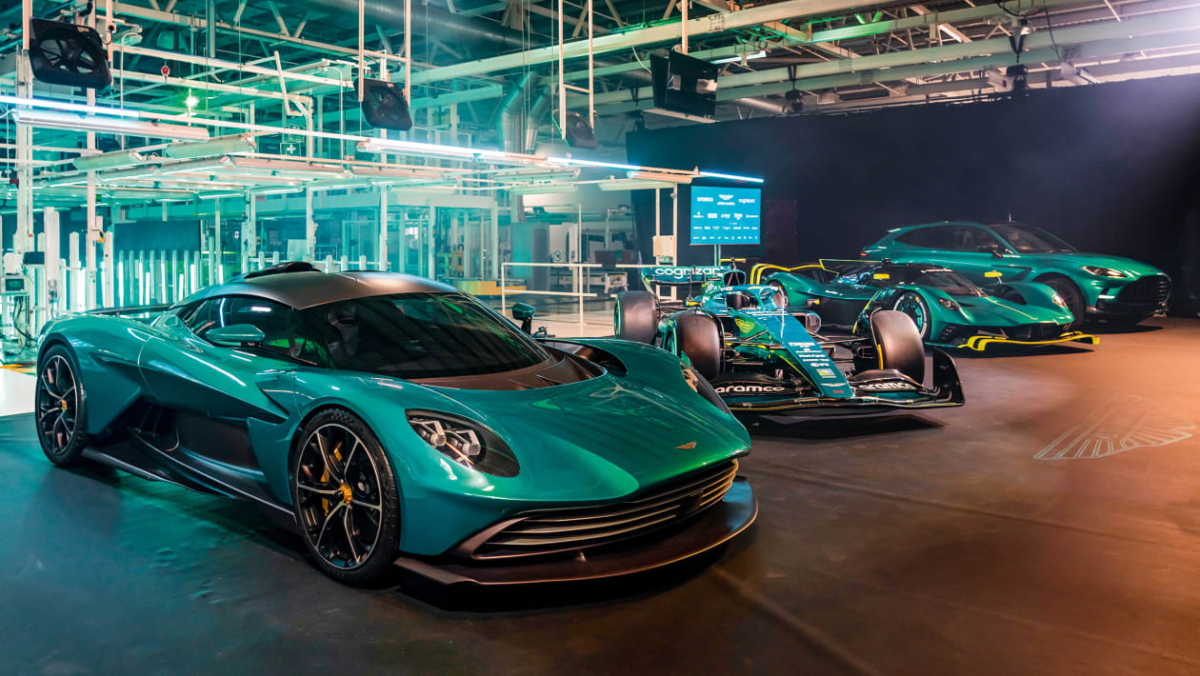 Aston Martin has been forced to raised $768 million in new funding as it continues to fight its way out of the mess of its catastrophic 2018 IPO. The new investment will be made up from a mix of a new share issues and additional investment from Executive Chairman Lawrence Stroll and Mercedes-Benz AG, along with new investment from the Saudi Arabia Private Investment Fund (PIF) that will see it take a 17 percent stake in the company.

Stroll and his board had earlier rejected an approach by former owners Invest Industrial and Chinese car giant Geely, to buy a stake in Aston Martin for $1.25 billion.

‘I did not take over a healthy company’ is a strong opening gambit, but Lawrence Stroll has never been one to pull his punches, and you get a clear sense that the 62-year-old hasn’t occupied all those chairmen’s seats without first climbing off the fence. Aston Martin was in a bad place in 2020. Now, 24 months after taking control of the embattled car company following the catastrophic public listing under Andy Palmer, the Canadian billionaire is running us through his plans for the next five years and beyond.

That 2018 IPO had seen Aston’s share price crash almost immediately after the bell on London’s Stock Exchange rang out, the money raised going to previous shareholders and executives rather than finding its way back into the business where it was needed most. For a company that was starved of cash before it went public, it was seemingly no better off now its financial laundry was being hung out in public for all to see.

Having committed to converting vast aircraft hangars into factories to produce the much-needed DBX, building a hypercar that would be as quick as an F1 car, relaunching Lagonda as a luxury electric brand, committing to a Le Mans programme without any agreed regulations in place, and announcing a family of mid-engined supercars to go with the traditional front-engined GT and sports cars… The public float designed to pay for it all wasn’t the golden goose it was hoped to be, especially as the to-do list was enough to make technical partner Mercedes-Benz wince.

‘I spoke to the previous shareholders a month before their IPO, but they didn’t want to know,’ says Stroll. ‘They didn’t want any disruption or distraction to their IPO plans.’ The Canadian had made contact because he was then the new owner of Racing Point Force India, a Formula 1 team he had brought out of administration in 2018. Having been around the F1 circus since the Team Lotus days three decades ago – ‘I learnt a lot and lost a few million dollars’ – he knew that without an OEM backer you were going nowhere fast in F1.

‘There was only one OEM not in F1 that had the status for F1, but Aston Martin had a sticker on a Red Bull, so I said to the car guys, “I’ll give you an F1 team, paint the cars British Racing Green.” But they turned me down.

‘A year after their IPO, they called me and said: “We’re in the shit here.” I said: “I know, I’ve read the papers, you didn’t put any money back into the business.”’ And they had, in Stroll’s view, made some big mistakes. ‘Pre-IPO, Aston Martin sold 4000 cars; the year of the IPO they sold 6000. Now, 2000 people didn’t wake up and say ,“I have to buy an Aston Martin this year.” What did happen is that they put the company in trouble.’

Initially, Stroll planned to invest $500million to right the Aston Martin ship. That figure quickly increased to $600 million but more was still needed if the company is to sell the 10,000 cars per year Stroll has forecast. That split will come from 4000 front-engined sports cars, 4000 SUVs and 2000 mid-engined supercars, including the Valkyrie.

And now that new investment has arrived in the shape of a $765 million rights issue that will see Saudi Arabia’s Private Investment Fund (PIF) becoming Aston Martin’s second largest investor with a 17 percent stake at a cost of $94 million. Stroll’s Yew Tree Consortium will make an additional $127.3 million investment, while Mercedes-Benz AG will pour a further $67 million into the firm.

This new investment will allow Aston Martin to clear much of its debt and focus on meeting its targets of launching heavily revised Vantage, DB11 and DBS models in 2023, add to the DBX line-up and continue development of the mid-engined Valhalla.

The company is also determined to meet its target of launching its first PHEV in 2024, full BEV in 2025 and have a fully electrified portfolio by 2030.

The Valkyrie thorn stills resides in Aston Martin’s side, however. 27 had been delivered in the first half of 2022 from the 38 cars that had been assembled in that period. In its July trading statement it claimed to be on track for a year target of of between 75 and 90 vehicles.

‘Valkyrie was an insane undertaking, to build this car for the road,’ says Stroll. ‘It’s harder to build than an F1 car, and the F1 team has 800 people to build five F1 cars a year. There’s been nothing like it before and there will be nothing like it again.’

When we visited Gaydon in February, a further three were in build, two were waiting to be started, two completed cars were awaiting sign-off, with nine carbonfibre tubs freshly delivered from Multimatic awaiting their turn to enter the assembly hall. Despite parachuting in members of the F1 team to build the cars, the assembly process still remains both complex and time consuming, and this is after the carbon tub was redesigned to improve the construction time.

Unbeknown to us at the time this was also the last time we’d have time with then CEO Tobias Moers, although rumours were already circulating about his departure. As he walked us through the assembly process, he reinforced Stroll’s point by explaining that the Valkyrie is more complex than an F1 or Le Mans racer because it mixes the technology of those pure racers with the requirements of road car legislation. It’s why Stroll moved some of his F1 team personnel from Silverstone to Gaydon to build the Valkyrie. Two months later Aston Martin would announce Moers’ departure, replaced by former Ferrari CEO Amedeo Felisa.

All Aston Martins post-2025 will be petrol-hybrid or full electric, with 60 of the 176 engineers recently hired working purely on EV tech and the firm having also partnered with British Volt to work on battery technology. Making up the bulk of the mid-engined sales will be the Valhalla hybrid hypercar and its smaller sibling, which the previous management called Vanquish, though Stroll isn’t sold on the name just yet. This model will, however, form the backbone of Aston Martin’s motorsport activities away from F1, with a trackday special, a one-make series and GT3 and GT4 racing variants. A return to Le Mans is also under discussion, potentially as soon as 2023.

What will take place next year is the overhaul of the Vantage, DB11 and DBS. ‘This will be more than a facelift,’ says Stroll. ‘These cars will be all new – new powertrains, suspension, design and interiors; finally Aston Martins will get touchscreens!’ AM’s agreement with Mercedes meant it could only use tech that was at least three years old. ‘It was a silly thing the previous management agreed to,’ says Stroll. ‘I made an agreement with Ola [Källenius, Mercedes’ CEO] that I have the same equipment as him. You can’t have an Aston Martin that sells for $180,000 more than a Mercedes with three-year-old tech. And he agreed. But we’ll also use our own graphics and voices.’

These new Sports and GT cars, along with the mid-engined cars, Aston’s plans for hybrid and electrification will be the responsibility of Roberto Fedeli, Aston Martin’s new Chief Technology Officer. Fedeli is another former Ferrari man, having spent 26 years at Maranello and when he took on the role of technical director he was responsible for LaFerrari as well the 456, 355, 550 Maranello and 360 Modena, 458 Specialie and California. Following his departure from Ferrari he joined BMW where he was responsible for the i8. He then went to join Chinese start-up Silk-FAW to work on their electric supercar, alongside its CEO… Amedeo Felisa.

Away from model strategy, talk turns to fuel, specifically the partnership agreed with Aramco and the F1 team. ‘We will be working with them on sustainable fuel – which we must have in F1 by 2026 – but I want to work with them on how we also get these fuels in the petrol stations and into our cars. ‘We’ll work with them on fuel, lubes, and non-metallic components – they are one of the world’s biggest producers of carbonfibre and we use a lot of carbonfibre at Aston Martin…’ A new autoclave and wind tunnel are also currently under construction at the F1 team’s new Silverstone site.

We’re already 25 minutes into our allotted 15-minute slot and in five minutes Stroll is scheduled to pull the covers off the new F1 car, giving us just enough time to ask about the speculation around Moers’s future. ‘He’s not going anywhere,’ said Stroll in February. ‘He’s German and hard. This company needed a little German and hard, and some feathers have been ruffled, but I want and need him here.’ And he will be there until July when he hands over to Felisa.

Lawrence Stroll is two years into his five-year plan for Aston Martin, which if he succeeds will see his F1 team fighting for world titles in 2025 and 10,000 new Astons finding owners in the same year. To achieve even one of these goals from where AM is today would be considered success for most people, but you get the feeling not for Stroll. If he achieves both, then even for someone with his track record it would be quite extraordinary.