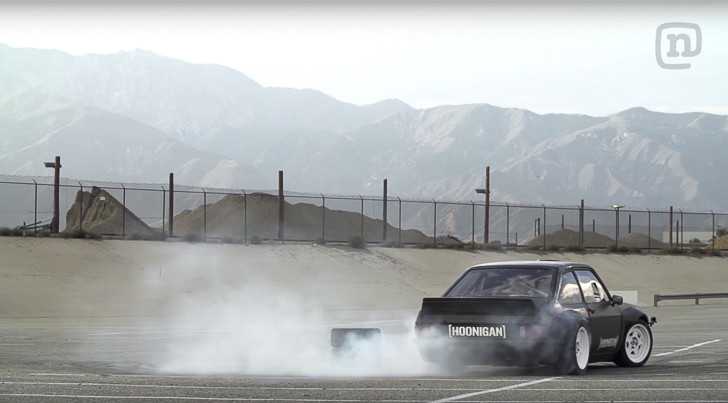 The livery for Ken Block’s Gymkhana Eight car has finally been unveiled (you can check that out HERE), and naturally, that quickly led us into the YouTube playground where we unearthed this. We’ll admit we’ve been a bit slow on the uptake with this one, but considering the below video from Network A includes Ryan Tuerck test drifting Ken Block’s 1978 Ford Escort Mk2 RS gymkhana car, we hope you’ll give us a pass.

It’s been a while since we last saw Ryan out on-track (and last time it was in a V8 pick-up truck), but for the Gymkhana GRiD finals in the UK, the Formula Drift regular was invited to put the tyre slayer to the test. No easy feat, given that the Hoonigan Racing Division-modded Escort – Block’s first rear-wheel drive gymkhana car, by the way – packs a 333hp 2.5-litre Millington four-cylinder, six-speed sequential transmission, custom fifteen52 wheels and a new Rocket Bunny bodykit inspired by Block’s very own Ford Fiesta ST. Yeah, you won’t want to scratch that Ryan…