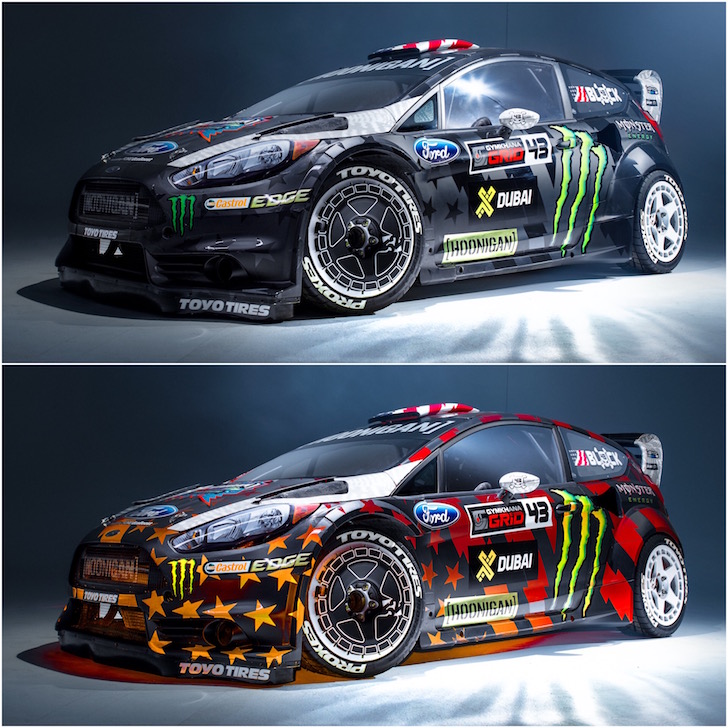 Gymkhana Eight is set to drop on February 29th at 9pm PST, and the Hoonigan Racing Division drift weapon will don a pretty special livery for the occasion, shown here for the first time on Block’s 650hp Ford Fiesta ST RX43. Using your basic form of witchcraft, the ‘ultra reflective’ black-on-black livery will change colour depending on the angle from which it is seen and the amount of light that is thrown on it.

How does it really work? We’ve no idea, but The Hoonigans have made no secret of the fact that Ken Block’s new sponsor Toyo will kit out Gymkhana 8 with special Proxes R1R tyres. The keen-eyed amongst you may also have noticed the XDubai stickers, and video footage snapped of the Fiesta performing in Dubai shortly after last year’s Dubai Motor Show suggests Block’s Middle East fans will have something pretty special to cheer about.

By the way, if you’re looking for a Hoonigan t-shirt with the same ‘ultra reflective’ livery, you can find that on their homepage too.