After a long pause on the Gymkhana videos, Ken Block returns with a jaw-dropping Terrakhana video, shot in Hanksville, Utah.

After watching the Gymkhana videos 1 to 9, you start to think, what the hell can Ken Block do more? I mean, he did almost everything. Is there really anything more that can be done? Well, Yes.

After the release of Gymkhana Nine almost 11 months ago, the team with collaboration with Pennzoil just came up with something that exceeded insanity. We’ve seen some off-road videos shot in the same location in Utah, but usually with trophy trucks or motocross. But that’s not Ken Block’s style. The main Hoonigan took his own Ford Fiesta, defying the laws of physics and answering everyone who asked “Are you crazy?”, with a big fat Yes, wrapped with a dusty donut.

I met some of the team behind this video, and I can’t believe how they were able to keep quiet on such a project where I haven’t seen a single teaser of this around. Bravo to the Hoonigan team, and to Pennzoil who made this video happen. 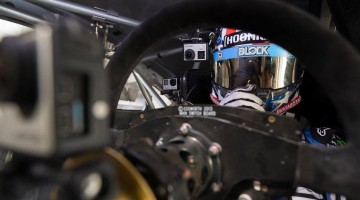 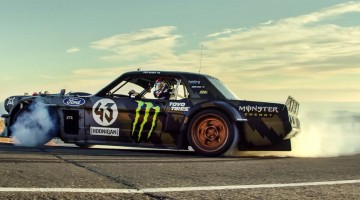