The 380bhp Revolution A-One is a shockingly capable track day machine, and we sampled it around Portugal’s Portimao circuit 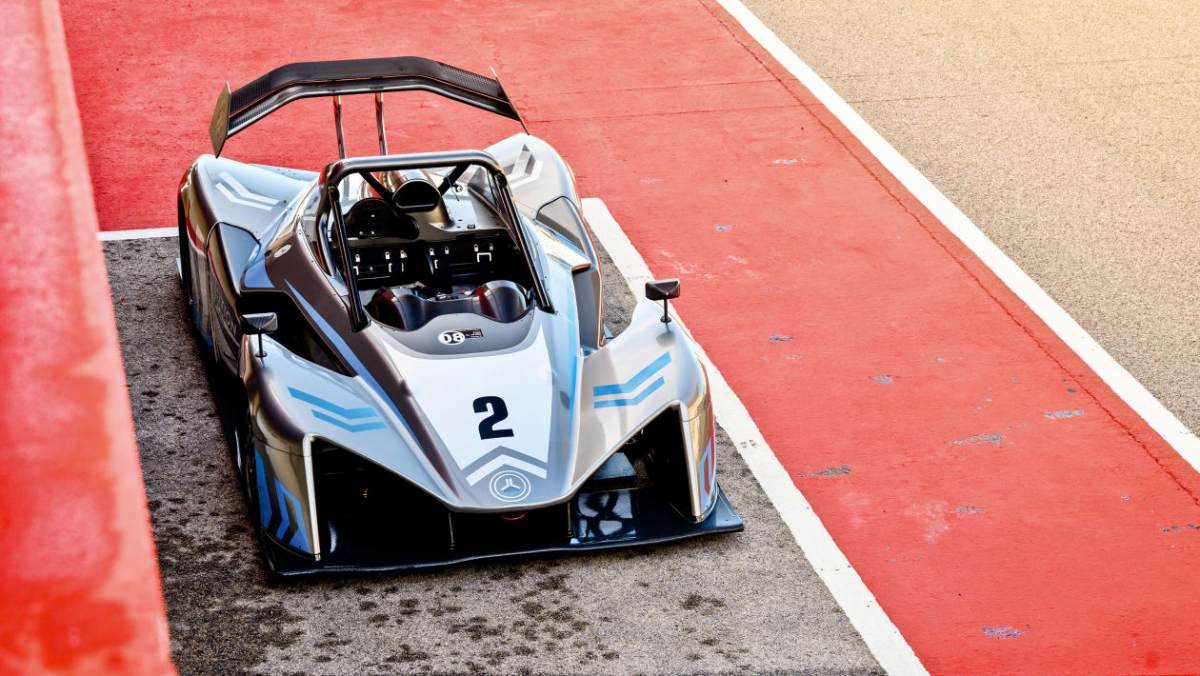 Only when I step out of the pit garage and into the bright, warm morning sunshine of the Portimão pitlane does the true nature of the new Revolution A-One become apparent. Those initial renderings revealed something akin to an alien life form, patently – and unusually for this market – styled by a designer’s pen (Simon Cox, ex-Lotus and GM) as well as shaped for the passing of air over and under its surfaces. But how big was it? What sort of car was it really? Was it simply another small, Radical-style club racer?

That would be a fair guess, because the first car from Revolution Race Cars has been created by Phil Abbott, one of the original founders of Radical Sportscars back in 1997. Abbott left in 2016, and over the past couple of years has been working on this, the track-only A-One, along with his son and racer James, and a tight-knit team of experts.

But as the V6 snarls into life, and the car’s size and threatening presence becomes rapidly clear – it’s not quite LMP2 big, but it is a proper shrunken sports prototype – it seems a lot more than ‘just’ another open trackday car, and my heart rate soars while I begin to fiddle agitatedly with my Nomex gloves. The visual graphic of the upper front bodywork and black open tunnels below gives it the look of a praying mantis from the front, while the brutal sawn-off tail suggests the car is literally sliding along the floor.

The A-One has been developed from the ground up specifically for the needs of the well-heeled trackday driver and ‘gentleman’ racer. Although an advocate of space-frame construction, on the bounds of cost for clubman competitors, Abbott couldn’t resist the move to a complete carbonfibre tub chassis. The A-One uses an infusion procedure instead of a lay-up one, and while vastly more cost-effective, it’s afforded the A-One immense strength and a 69kg tub weight, as well as compliance with FIA and top-level motorsport crash requirements. All in, the A-One has a dry weight of 795kg.

The choice of engine was again closely related to the expectations of the customer base. When your clientele is used to the exotic wail of a GT3’s flat-six, or a power plant born in Maranello, a turbocharged four could be seen as an anticlimax. So Revolution swallowed the 160kg weight penalty of a 3.7-litre naturally aspirated Ford Cyclone V6, and set about making it track-ready. With all internals balanced, and porting to the cylinder head, the V6 makes a howling 380bhp and 330lb ft, with as much as 300lb ft from 3000rpm. A dry sump system drastically lowers the block in the car, and the standard Ford crank has a level path to the bespoke 3MO six-speed pneumatically operated gearbox, which uses a proven gearset. It’s arranged ahead of the rear differential for better weight distribution. Inspection panels allow a checkover of the ’box every 4000km, with a rebuild suggested at 8000-10,000km (this applies to the V6 too).

Strapped in, the impression is of being almost cocooned within a very tough structure, with a small steering wheel, cut down top and bottom, festooned with switches, buttons and a central display. Despite a balaclava and full-face helmet, the engine is imposing. Its reciprocal vibrations are an unsettling constant through the hard, composite, one-piece bucket seat, and the hungry air intake is just a few centimetres from the back of my head. It takes just a few corners to accept my ears can’t take the battering. The noise from down the throat of the V6 is so intense it’s making the sound distort in my eardrums and rattling bits deep inside my cranium. I’m quickly back in the pits, sorting out some earplugs, and with strips of workshop towel thrust into my ear canals, it’s time to get stuck in.

It says much about the A-One’s ability in other areas that straight-line pace is perhaps the least memorable aspect of it. Which is crazy, given its belting 486bhp-per-dry-ton power-to-weight ratio. So hunkered down are you, both physically and via the invisible effects of downforce, that the straights are mainly a brief moment to consider braking and cornering speeds for what’s about to happen. It is properly quick though, obviously, to the point where at my peak speed past the pits my crash helmet is being buffeted with quite some force in the slipstream.

The brake pedal is unyielding – exactly what you need. A good stamp slows the A-One dramatically, even from high speed, and your innards compress forwards, and then it’s into Portimão’s first two fast corners, before another brake to a slow uphill right. Over my laps in the car I feel as though I’m only just at the beginning of what it can do through here, even if it’s still enough to be all over the back of Porsche 991 Carrera Cup cars also out testing. That’s because on its Dunlop slicks and with the aero package there’s an otherworldly amount of grip available. The A-One has 600kg of downforce at 177kph; note how that figure isn’t quoted at some rarely accessed maximum velocity, but is already there for a medium-speed corner.

There are fast curves at Portimão, made even more challenging through dramatic gradient changes, and as the laps tick by I start to take them a gear higher, then with just the slightest lift, and finally, flat. It’s the last corner that’s a real test of precision and, frankly, guts. It may actually be flat, which is absurd really given it’s an exceedingly long crested corner. Taken with a lift in fifth gear, the aerodynamic loads have weighted up the steering so much I am having to fight with my arms and neck to keep us on line. What a feeling though. In front is a full-house Audi R8 LMS GT3, and even while I’m still learning the car and circuit, the A-One easily keeps pace, and even feels a little obstructed by its broad rear and V10 shockwaves.

With its LMP2-standard electronics there are many data acquisition and analysis options available, and I could really use them for the braking areas in the slower corners. I can’t decide if I’m trying too hard or not hard enough. It’s easy to pass on the inside most of the other cars on track, but the rotation isn’t always there at the hairpin, which may be my technique or a little bias to understeer in the chassis set-up, which with its Nitron dampers and pushrod and rocker layout is highly adjustable. Get greedy on the exit and it’s nothing like as intimidating as you might think –opposite lock feels entirely natural. Clearly, that’s not the fastest way, though

It’s been a proper workout, the A-One. At the end of the session I’m a tired, sweaty wreck, but absolutely buzzing. All I want is to get back in the car, even if tomorrow I’ll wake up bruised and with a stiff neck. In typical style, Abbott is already working on that; soon a new seat will incorporate a mould taken from a professional seat fitting, while a bespoke power steering set-up is being engineered, retaining the feel but alleviating the heft.

The A-One has the knack of being ovewhelming, friendly, rewarding and encouraging all at the same time. If you have $209,600 to spend I’d forget the multi-million-pound track-only hypercars, the track-ready supercars and their ilk; the A-One makes them look like bloated, overwrought and inauthentic machines for those more preoccupied with pitwall posing. The Revolution already has its own race series too, the UK Sports Prototype Cup, in which it competes alongside Radicals and other open sports prototypes.

A proper race car for trackdays and actual racing? Not a revolution in terms of concept, maybe, but deeply impressive in its execution all the same. 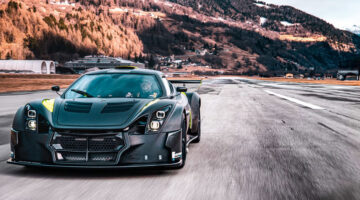 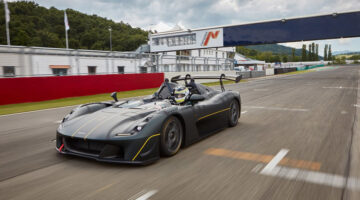