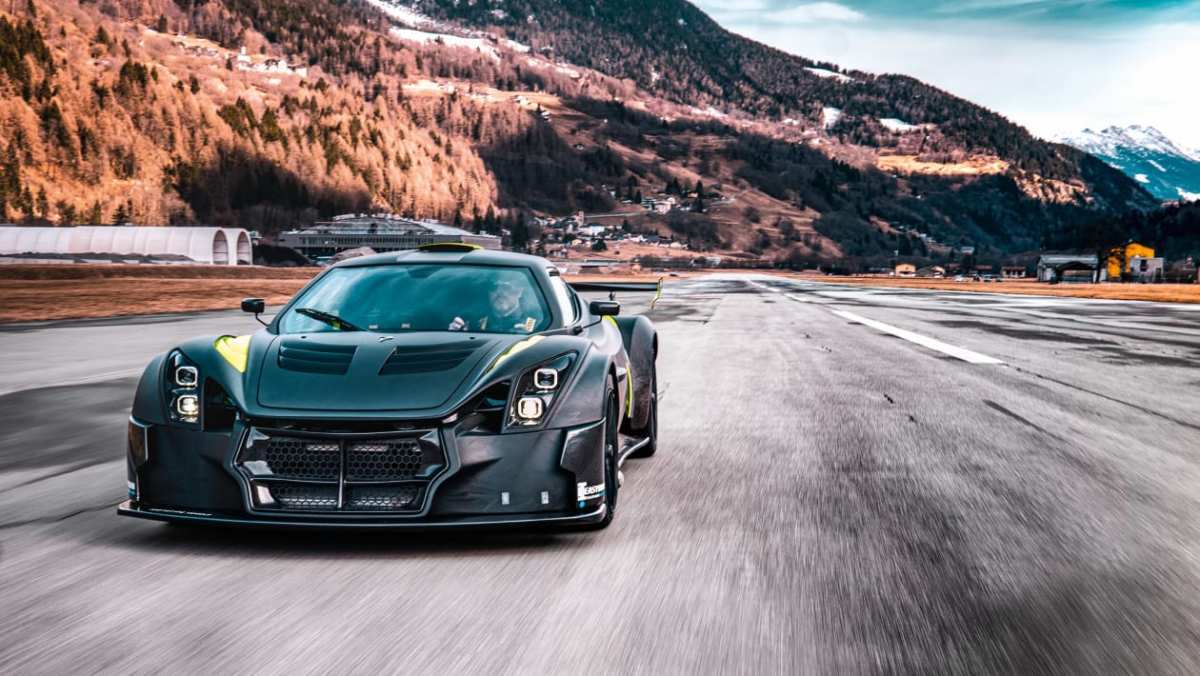 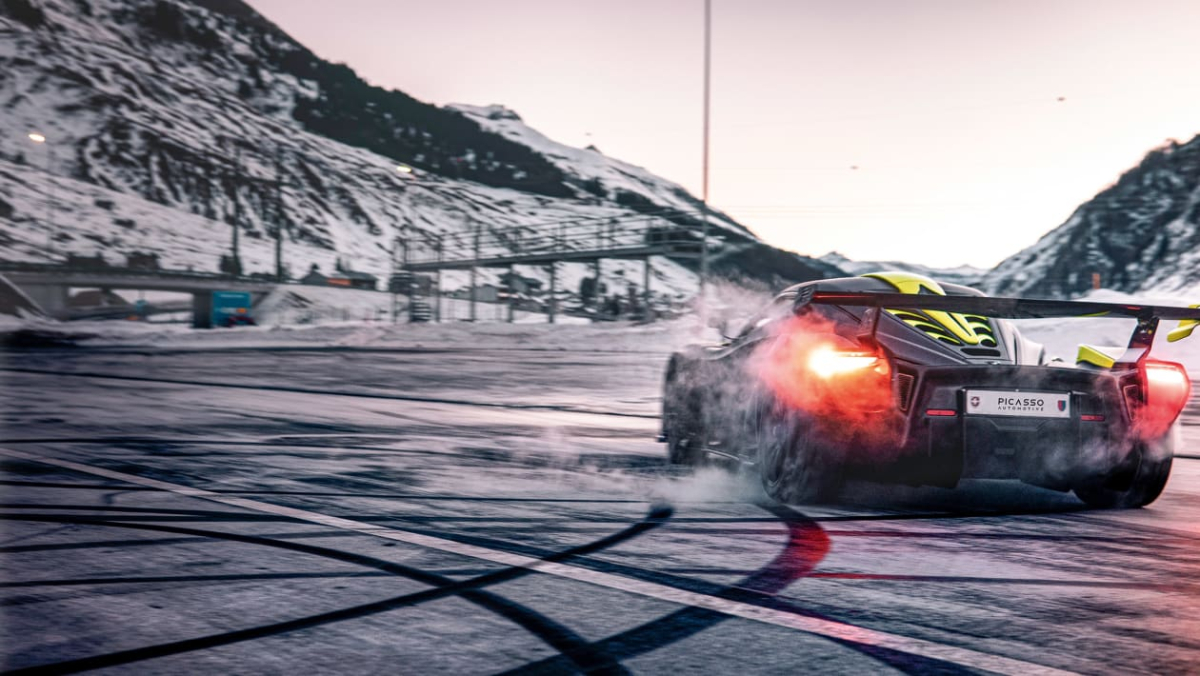 Le Mans prototypes have a lot to answer for. The genre has inspired a succession of new, low-volume, carbonfibre-tubbed, mid-engined supercars, of which this is the latest. The Picasso Automotive 660 LMS is a twin-turbo V6-engined, 651bhp projectile, designed for both road and track and built in the most unlikely of places, Switzerland.

Picasso Automotive was founded in 2020 by 35-year-old Stefano Picasso, a former professional water polo player, and the 660 LMS is its first car, designed in-house at the firm’s Swiss base with key components and manufacturing outsourced to suppliers in Italy. The 660 in its name refers to the engine’s power in PS, while LM references the Le Mans cars that inspired it, and S stands for street.

Its bonded monocoque tub and rear subframe are both 100 per cent carbonfibre, with the former weighing less than 200kg and the latter just 48kg. Each element of the carbon body is bonded to the tub, including the two curved side panels, which at 3.24 metres are the longest individual carbon panels yet produced for a car.

It’s a compact machine, measuring 4.3 metres long, less than 2 metres wide and under 1.3 metres tall, which makes it Porsche Cayman-sized, there or thereabouts. Where it differs is that it’s considerably lighter, more powerful and, of course, more expensive: $800,000 expensive.

CFD simulations and time in the wind tunnel led to what Picasso describes as a balanced aero performance, with 960kg of downforce delivered at the car’s 315kph maximum. The car features a fixed front splitter, adjustable rear wing and a flat floor leading to a rear diffuser, tuned to deliver consistency over a wide range of speeds, says the company.

All-round double wishbones are machined from billet aluminium, with the front and rear anti-roll bars, spacers and hubs all manufactured to Picasso’s own design. Off the shelf wasn’t an option. With plans to compete in GT racing and at Le Mans specifically, the chassis is as adjustable and configurable as a race car’s, with owners able to tailor their 660 LMS to their individual requirements and skill sets.

Brembo has supplied the calipers (six- and four-piston units front to rear), with Galt manufacturing the discs (350mm at the front, 355mm at the rear) and pads, the latter including sensors to provide real-time temperatures to the driver. The brakes sit behind 19 and 20-inch (front and rear respectively) forged aluminium wheels with centre locks, Pirelli supplying the 245/35 and 315/30 Trofeo R rubber.

The 3-litre twin-turbo V6 revs to 8000rpm and produces 651bhp and 531lb ft of torque. It’s built by Italian engine specialists Autotecnica Motori, which designs and builds engines for the World Touring Car and European Rally championships, as well as the FIA Grand Touring series, Formula 2 and 3, and VLN teams. The titanium exhaust is manufactured by SC-Project to Picasso’s requirements, and drive is to the rear axle via a six-speed sequential gearbox supplied by Sadev. A system called EasyRain DAI is linked to the car’s electronics, detecting changes in grip levels and aquaplaning and adjusting the driver and traction modes accordingly.

Despite being a new entrant to the supercar league, Picasso has high ambitions to establish itself in the rarefied world of high-end performance cars. The team assembled to design, develop and deliver the 660 LMS come with impressive CVs. Technical officer Filippo Pagnani has worked at Pagani, Dallara and Maserati; technical supervisor Matteo Cavedoni has over 30 years of motorsport experience covering race engineer, sporting director and team manager roles in Formula, GT and sportscar racing. Umberto Vaglio, heading up marketing and sales, was instrumental at his previous employers Alfa Romeo and Maserati in delivering the Giulia Quadrifoglio. Test driver Luca Filippi is an ex-GP2, Indy Car, GT and Touring Car racer.

‘The whole car has been engineered to maximise performance on the road and on the track,’ says CEO Stefano Picasso, ‘with aerodynamics carefully studied in every detail, the extensive use of carbonfibre and composite materials, powered by a state-of-the-art engine. We wanted a sensational, responsive and at the same time technical drive, which can be appreciated both by professionals and amateurs.’ Customers will be able to confirm – or not – whether the Swiss start-up has reached its objectives in the second half of 2023 when the first of the 21 examples of the 660 LMS that are to be built are expected to be delivered.

Beyond its road-car ambitions, Picasso has its sights set firmly on motorsport and competing at Le Mans, not only in a car that it will have designed and built itself but one running on the synthetic fuels that it also plans to develop.

New supercar companies are nothing unusual, but new supercar companies succeeding are. There are signs Picasso has set about its journey in a measured manner rather than in a blaze of PR and promises. There is already a running prototype that’s working through a comprehensive development programme, and crucially there’s a factory to build it and future projects in, with funding provided by a serial entrepreneur and car collector, Robert Wild. A 21st-century Picasso masterpiece? Could just be. L 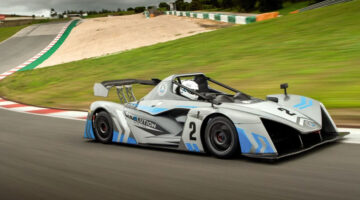