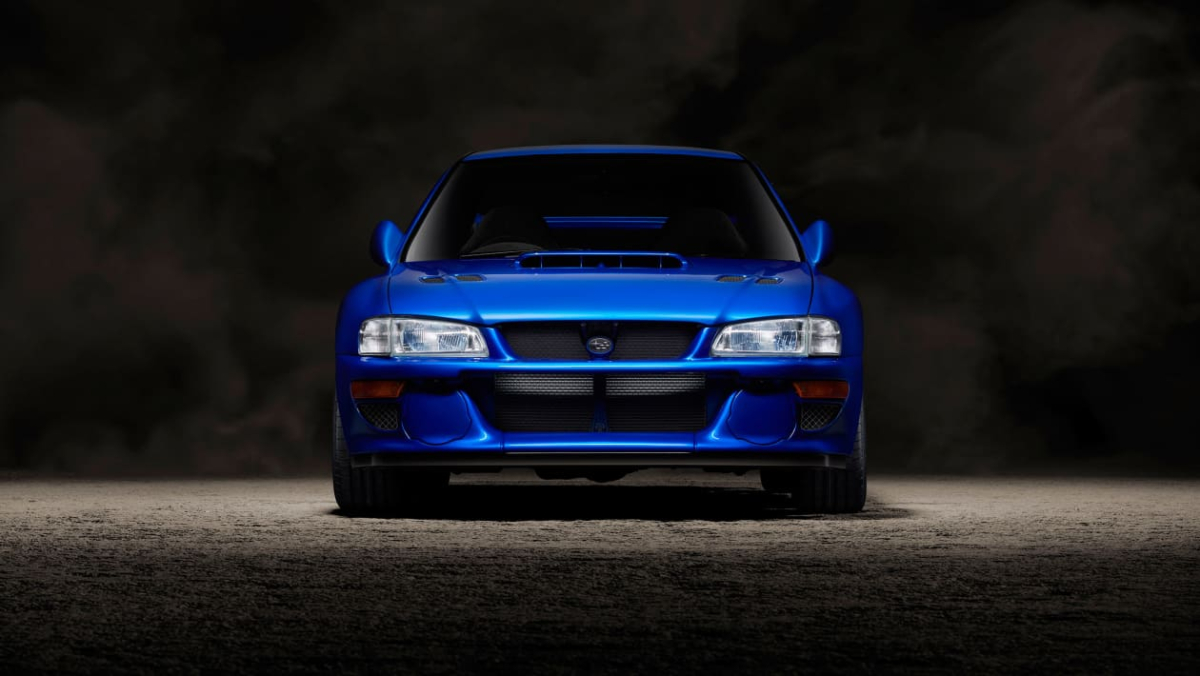 Prodrive has revealed its very special and very expensive P25, a contemporary reimagining of the iconic Subaru Impreza WRX STI 22B – the rare widebody two-door Impreza that was designed to celebrate Subaru’s 40th anniversary and third consecutive World Rally Championship.

Built by Prodrive at its Banbury headquarters from a donor chassis from a Mk1 two-door WRX, the P25 features bespoke carbonfibre body, a substantially uprated 2.5-litre flat four engine and all the latest hardware borrowed from Prodrive’s extensive experience in competition car production. This makes the P25 both lighter and substantially more powerful than the 1997 original, going some way to justify its $564,000 price tag (excluding local taxes)

The ingredients are suitably special, with Prodrive building the P25 from original two-door Impreza WRX chassis, overlaid with bespoke carbonfibre quarter panels, roof, bonnet, boot, front and rear bumpers and that iconic stacked rear wing. The design of each of these styling elements was supervised by Peter Stevens – designer of the original 1997 WRC rally car and various special editions brought to market by Prodrive and Subaru in period.

Alongside Peter Steven’s oversight of the design, the P25’s engineering work will be headed by David Lapworth – a role he also carried out with the original WRC car and the original 22Bs that arrived from Japan.

The power unit is new to the P25, as the original car’s 2.2-litre EJ22 flat-four has been replaced by the modern 2.5-litre EJ25 unit, but stripped right back and fitted with specific internals including new cylinder liners, pistons, con rods and a bespoke valvetrain with variable valve timing.

On top of this is a Garratt motorsport-specification turbocharger complete with an anti-lag system and an Akrapovic exhaust system have also been fitted. Prodrive is predicting a 400bhp-plus peak power output, with torque expected to be somewhere above 442lb ft.

A six-speed sequential gearbox will deliver the power to all four wheels, with a single WRC-style paddle on the right hand side of the steering column paying homage to the competition car, so too does the fly-off handbrake. Gear change times are as low as 80 milliseconds, and it also comes with launch control system that can be held against the fly-off handbrake and automatically shifts through the first three gears for the fastest getaway possible. Under normal use, there’s still a clutch pedal mounted in the pedal box, although it only needs to be used when pulling away from a stop. Prodrive is projecting a 0-100kph time of under 3.5sec.

As with all local-spec Subarus, there’s a mechanical all-wheel drive system transferring power to the wheels, but the P25 shares its active centre differential with the WRC cars, together with limited slip differentials on both axles. The basic suspension design is retained, but stock uprights have been replaced for much stronger forged aluminium units, paired to bespoke springs and mechanically adjustable Bilstein dampers. The wheel and tyre package is much bigger than the original 22B’s at 19-inches, a 2-inch increase on the original. Bridgestone’s Potenza tyre, measuring 235/35 will be fitted on the 8.5-inch wide wheels.

Increased diameter brakes from AP Racing measure 380mm on the front axle with four-piston calipers, with 350mm units on the back in a set of sliding calipers. Despite all this new and uprated hardware, Prodrive is targeting a weight of under 1200kg – the original, for context, weighed in at 1270kg.

The cabin is a different affair, sitting somewhere between the original 22B’s and the WRC car. Prodrive will pair the use of gloss-finish carbonfibre, leather and Alcantara to motorsport-style driver displays that include a data logging system.

Prodrive Chairman David Richards, said: ‘The original 22B Impreza is considered the most iconic of Subarus and highly sought after. We wanted to enhance everything that made that car so special by applying the very latest technology to create our own modern interpretation of a car that’s established a place in motoring history.’

While Subaru’s rallying success and Prodrive has always been intertwined, Prodrive’s role of setting up the 16 original 22Bs that came to the region through official channels, as well as designing, developing and building the P25’s forefather, the P1, makes them the ideal company to carry out this sort of continuation series. The original 22B’s bespoke engineering makes them extremely valuable in all markets today , rationalising this level of custom fabrication for what many might just see as a late-’90s Subaru.

Prodrive will produce only 25 units (424 22Bs were originally made), yet even at north of half-a-million Pounds, order numbers have already reached double figures, according to a Prodrive spokesperson. The first example will be revealed imminently at the Goodwood Festival of Speed. 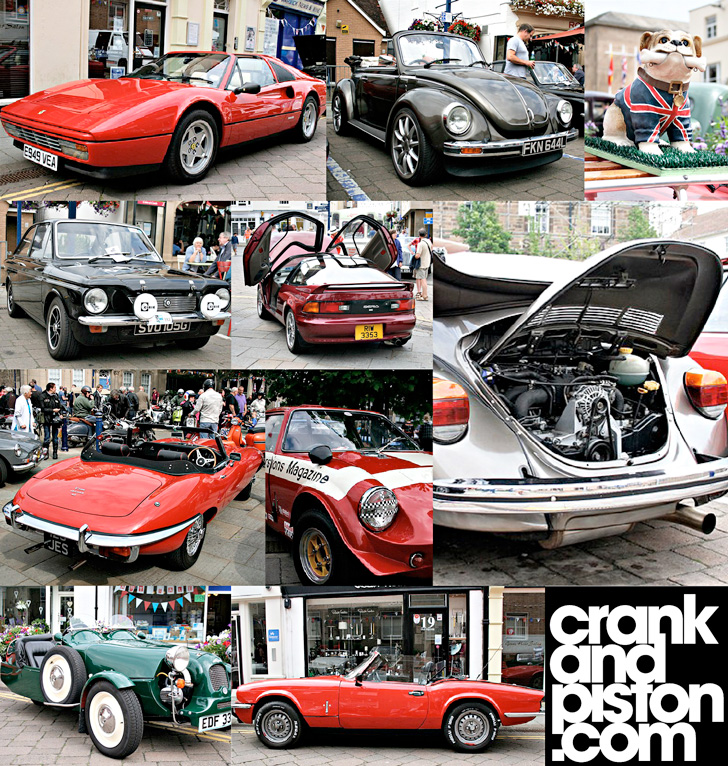 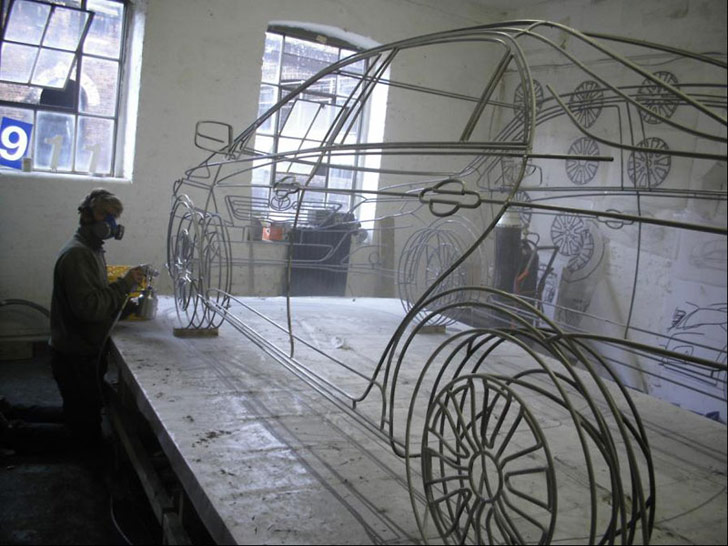