The most deftly set up EV saloon yet. The numbers are still big all-round, but Porsche are certainly cracking the electric performance car enigma 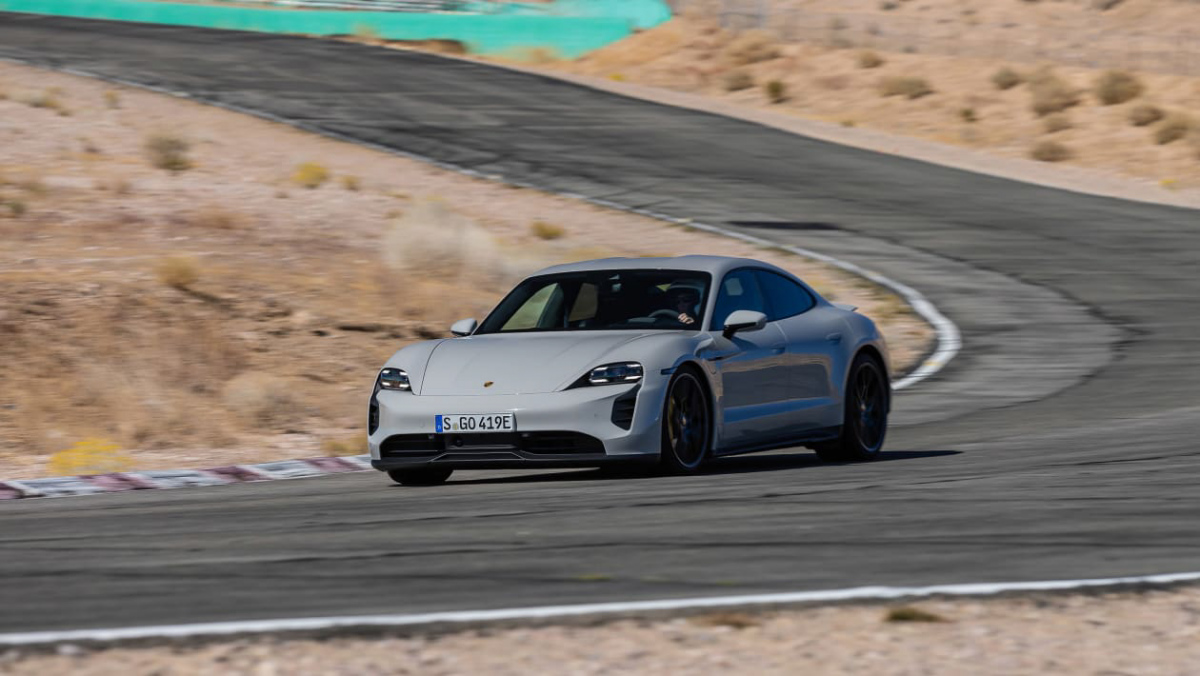 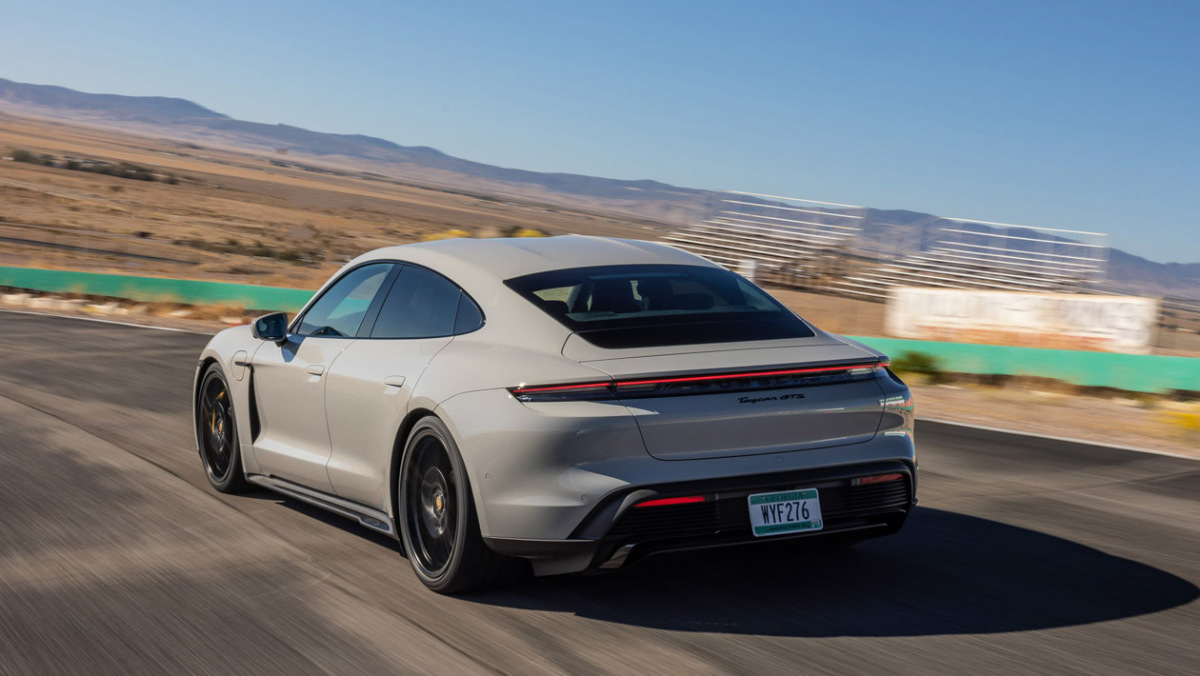 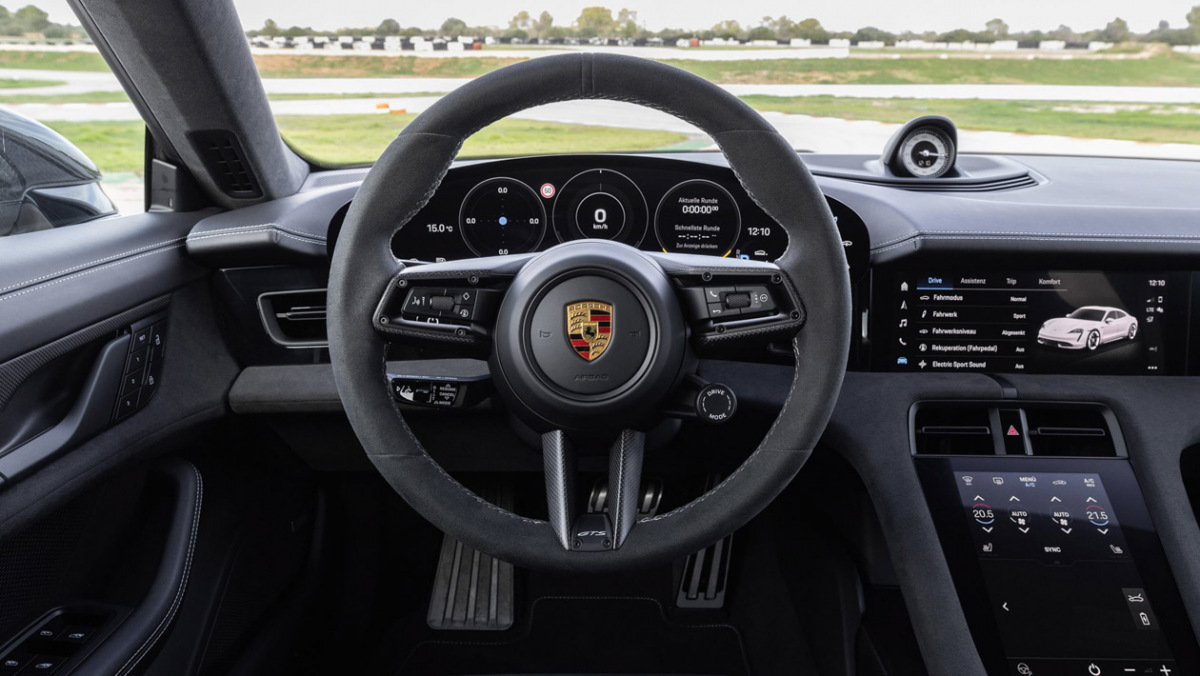 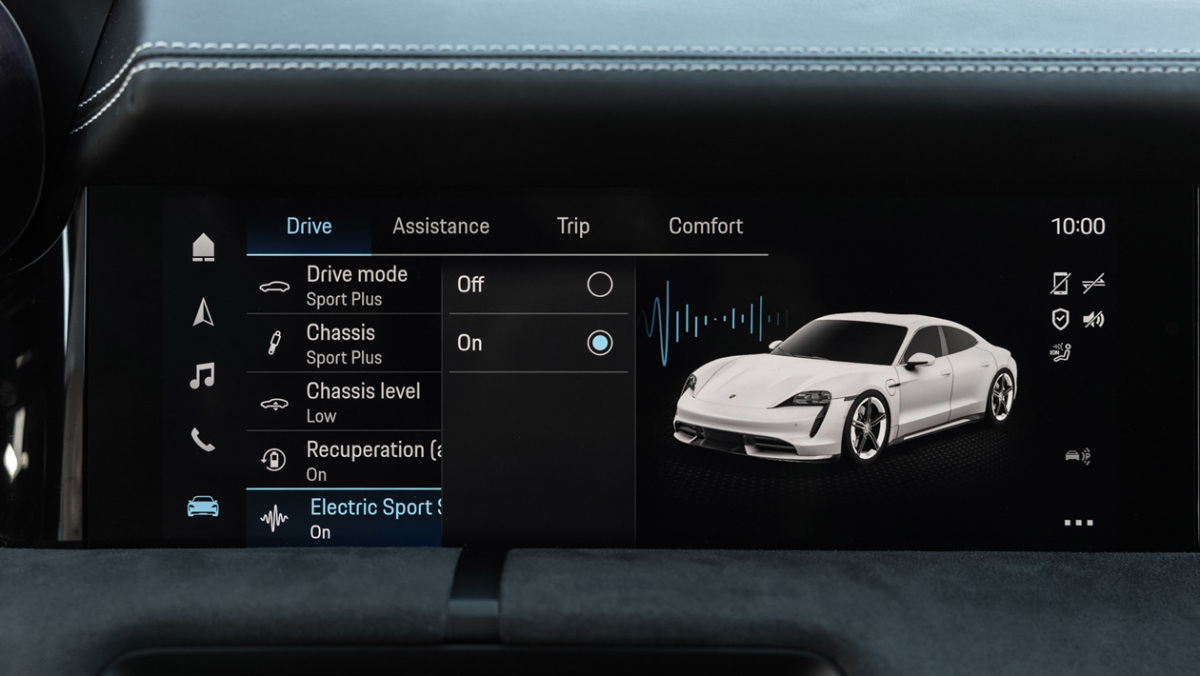 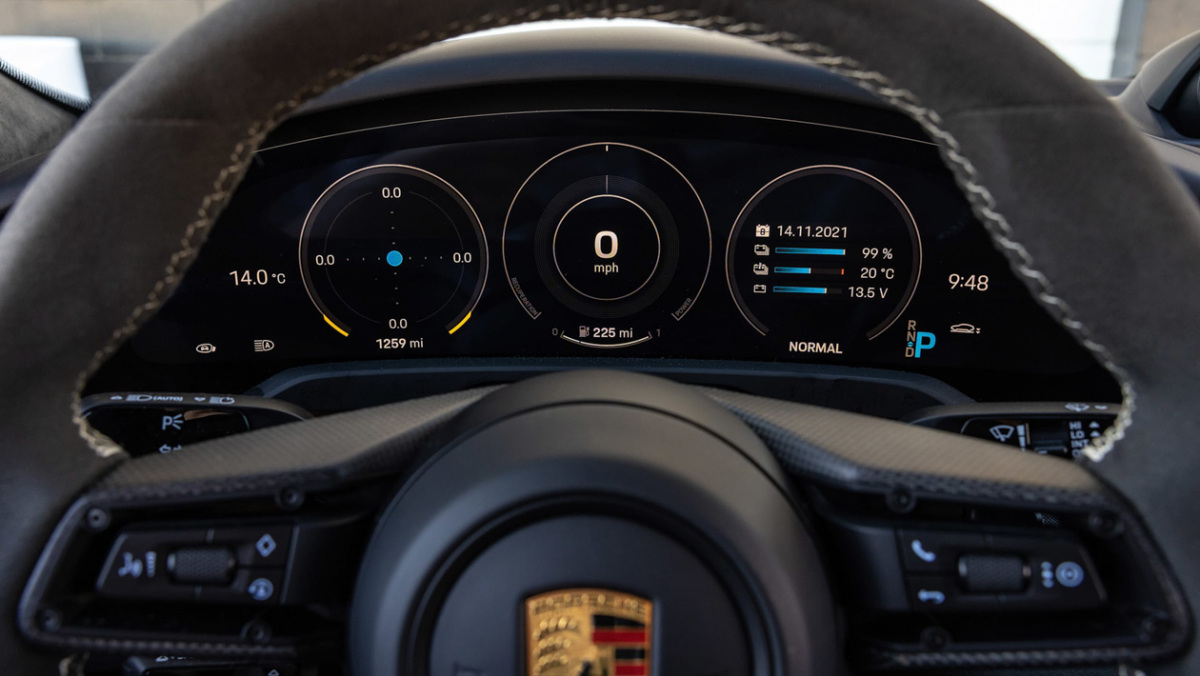 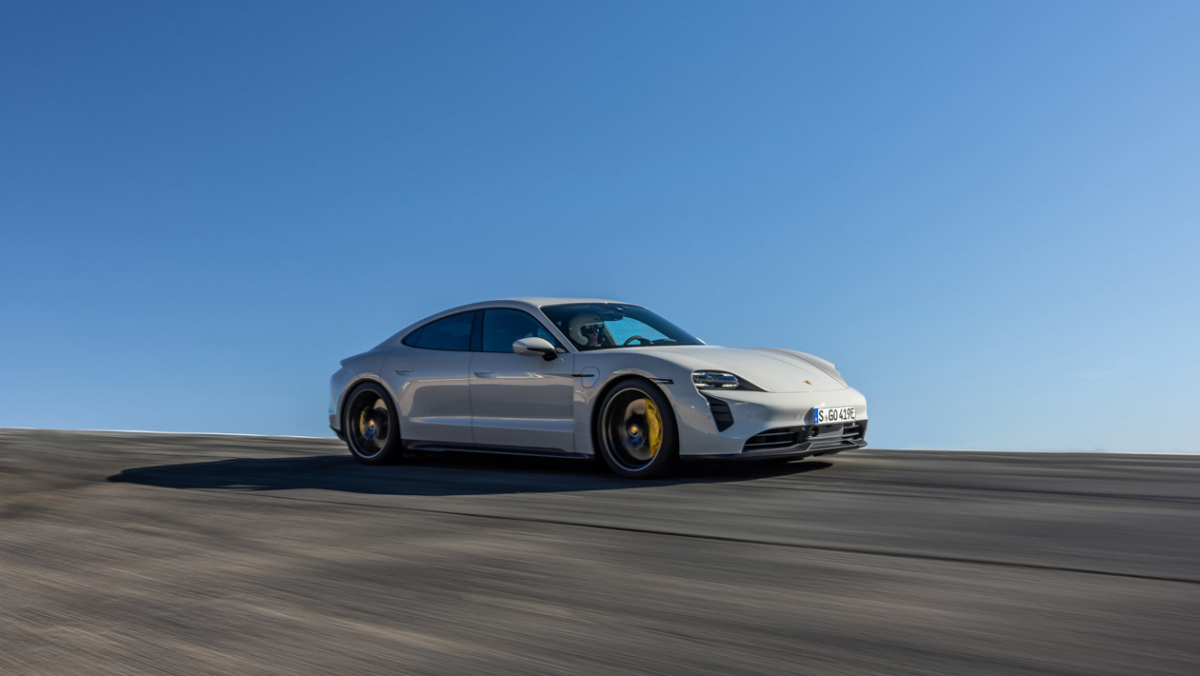 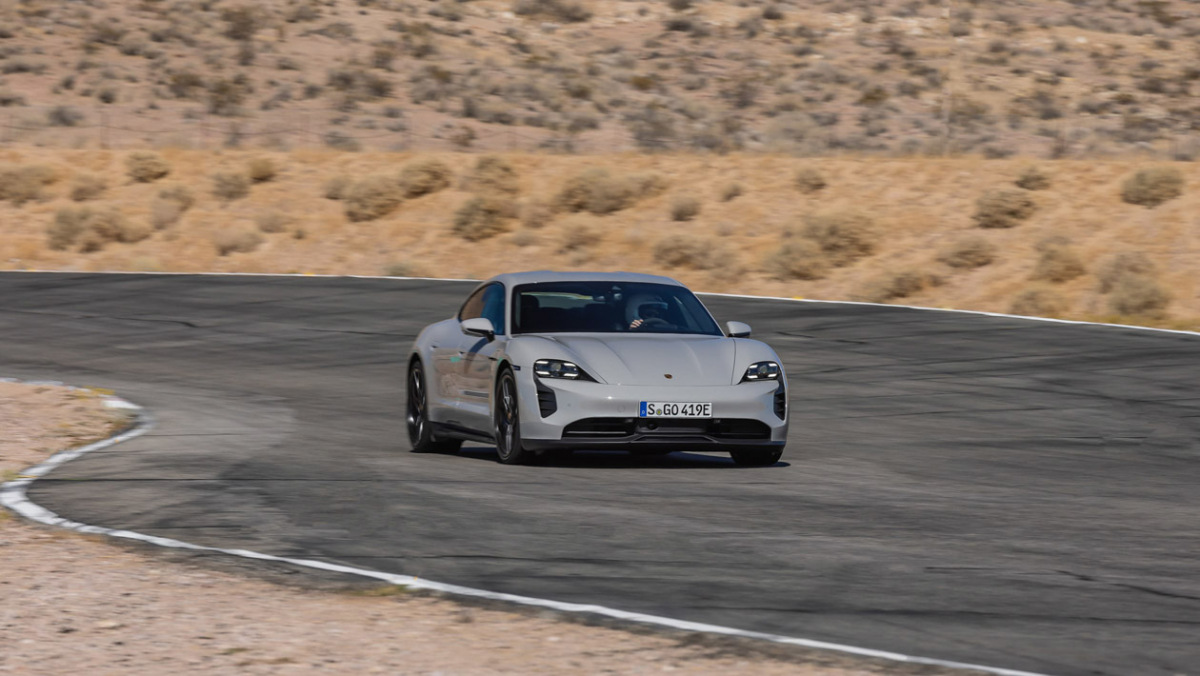 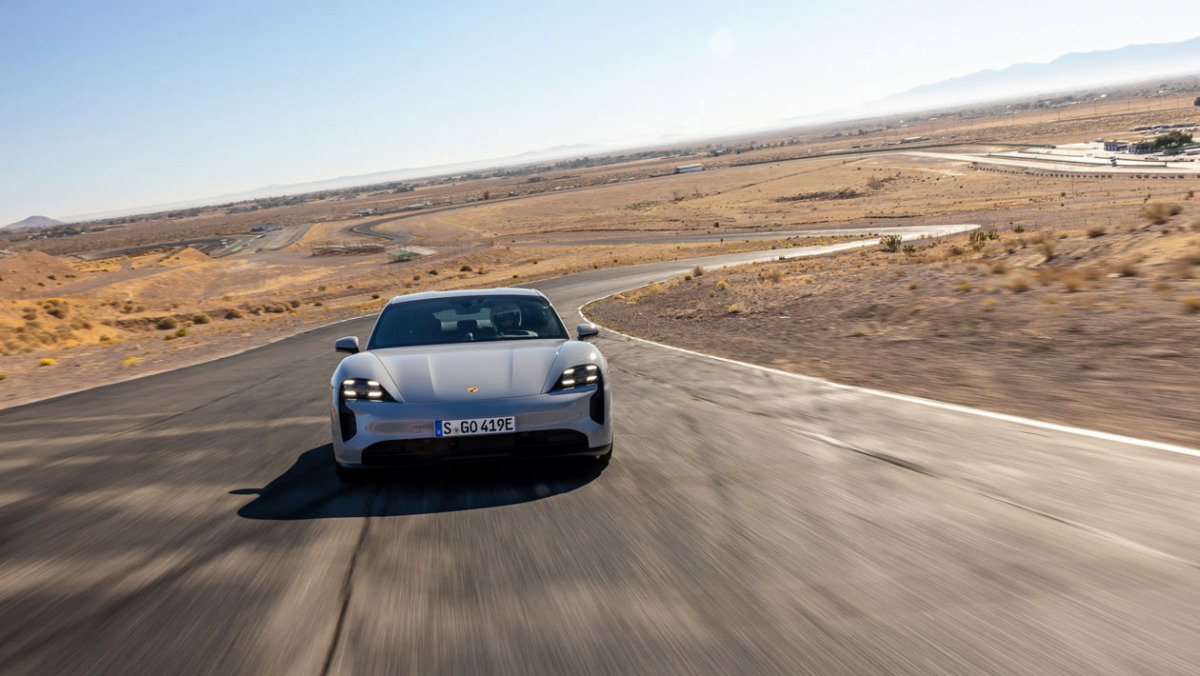 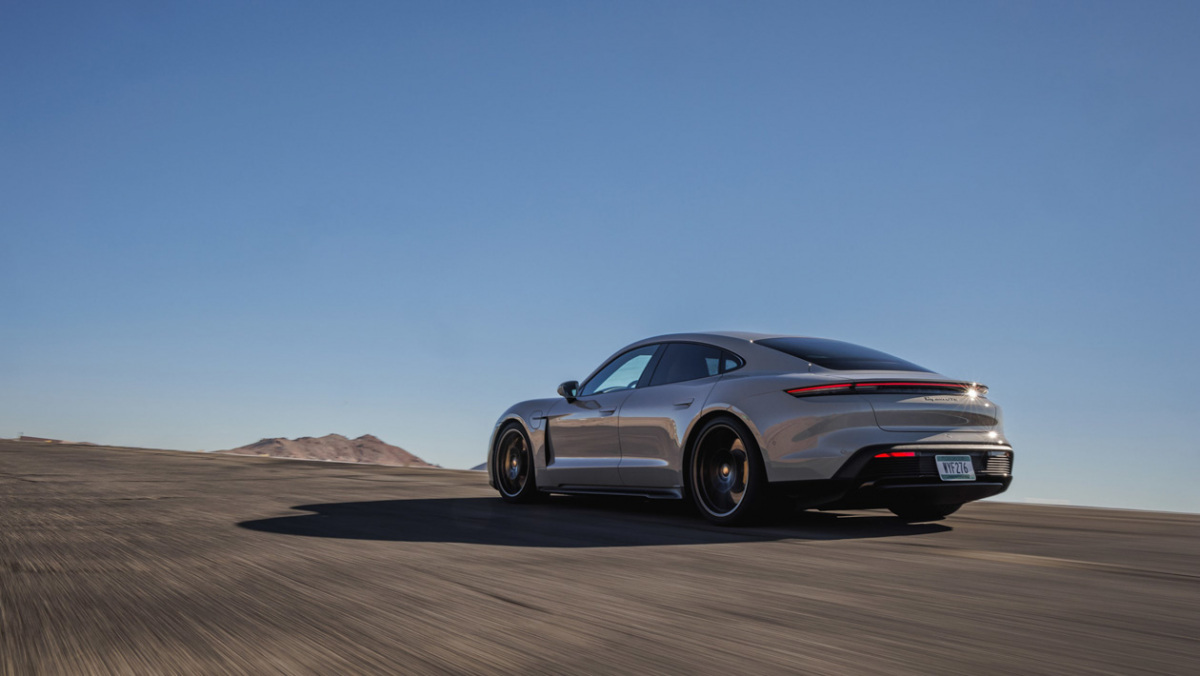 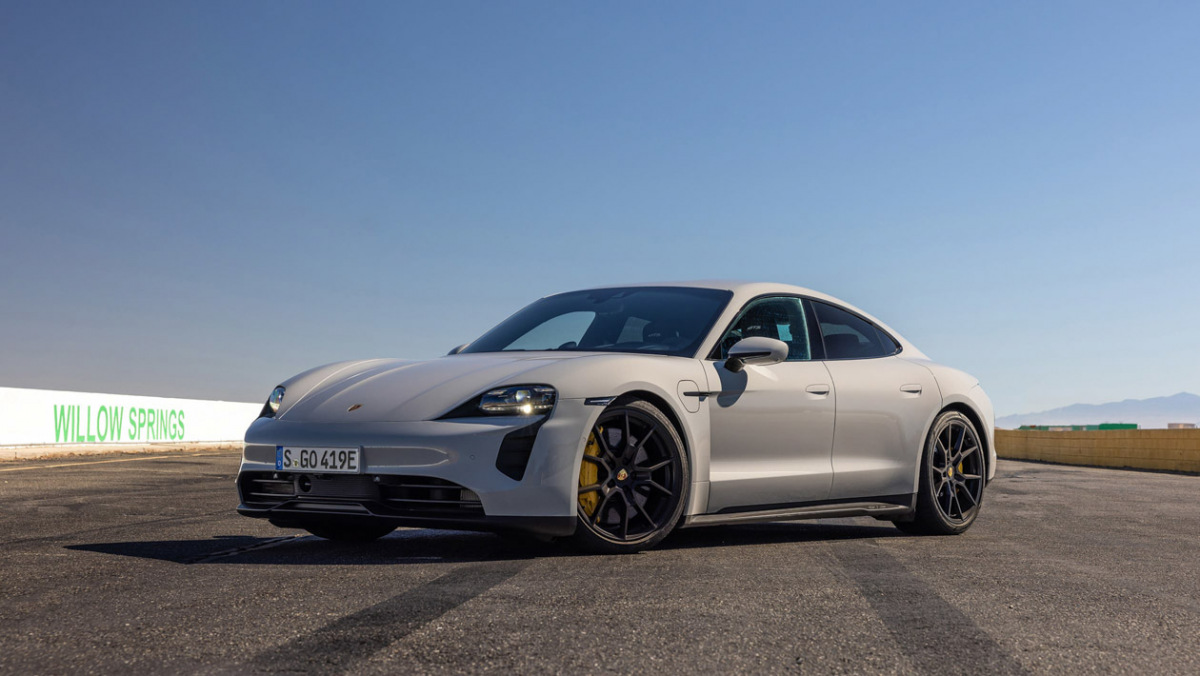 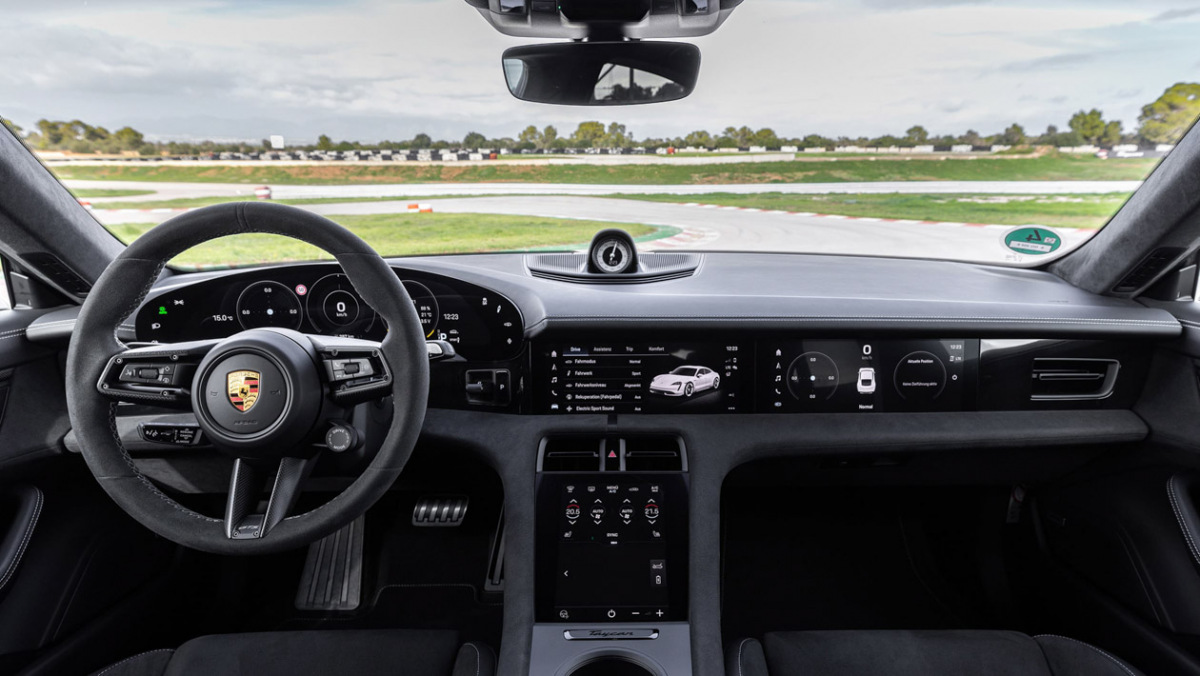 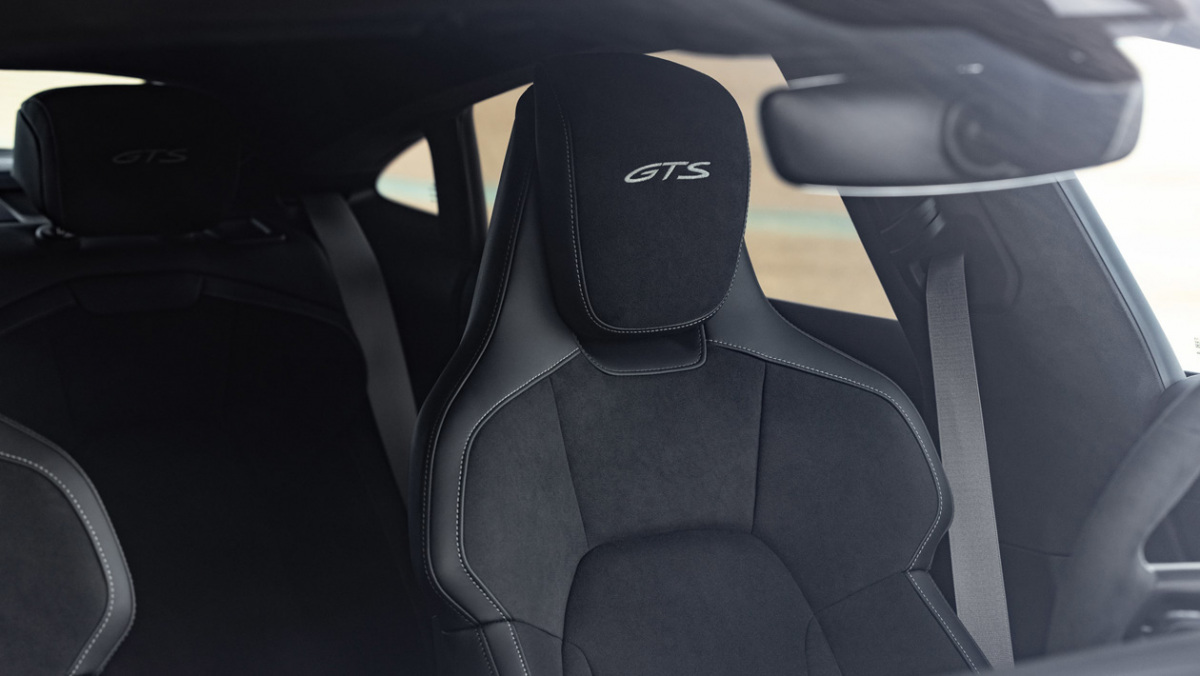 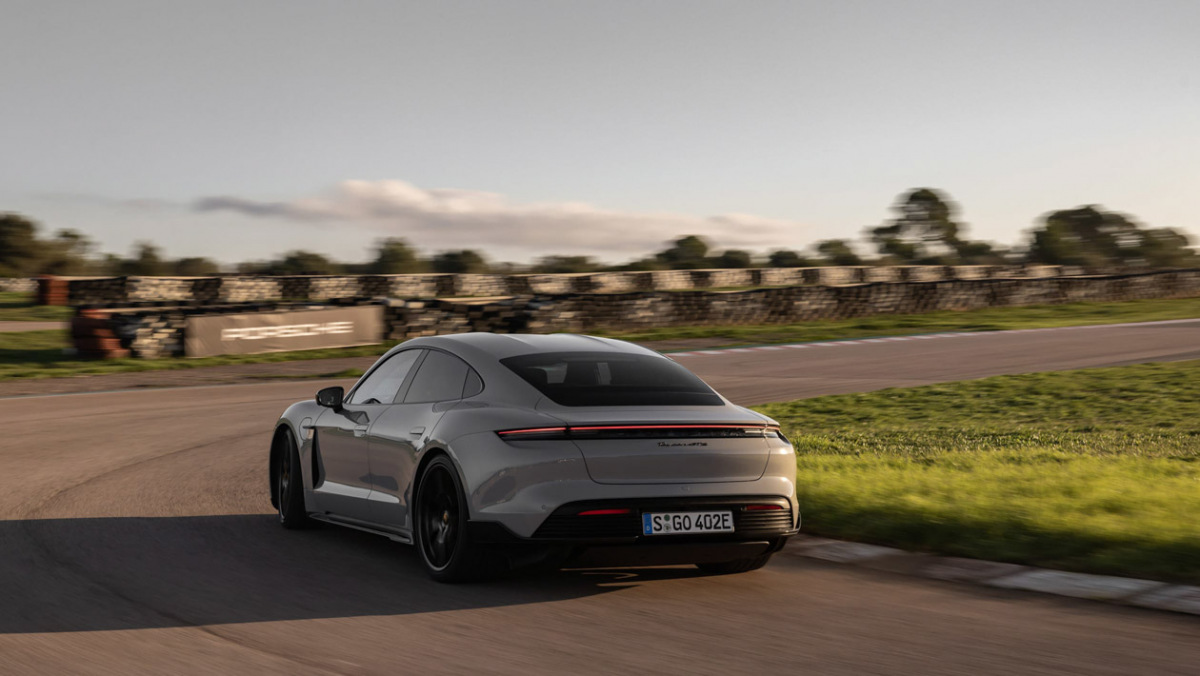 Most of us have come to know what Porsche’s GTS lineage stands for: a focus on vehicle dynamics while deferring in terms of sheer horsepower to the most powerful in the range; a unique look, but nothing as drastic as changes to the overall body-in-white, and a wealth of standard equipment, either for a keen price or perhaps in a combination that can’t otherwise be ordered. At its best, it’s given us some of the very finest Porsches, such as the 997.2 Carrera GTS. Now the treatment has been applied to the Taycan.

This is hardly surprising given that the Taycan is proving such a runaway sales success, it’s already the biggest selling Porsche in the region, one of its biggest markets. The GTS sits between the 4S models and the Turbo (and Turbo S), and the easiest way to understand this is to look at the numbers. The 4S generates a maximum of 563hp, the Turbo and Turbo S 671bhp and 751bhp respectively. The GTS has 590bhp. But of more interest is how that power is delivered, because the GTS uses the full-house electric motor on the rear axle, but a weaker one at the front. What that means, in crude terms, is that it’s effectively much more rear-driven than the Turbo and Turbo S models, with the resulting effect on the car’s handling characteristics.

Porsche engineers refer to the Turbo S as the power monster for the autobahn, but when it comes to driving, this is the one they’re excited about. The GTS also boasts the best range of the Taycan lineup at 503-kilometers from a full charge, but it’s worth noting that this has been achieved through a new version of the car’s operating software, which is being rolled out across all Taycan models. However, given those other models haven’t been homologated with the new software, Porsche can’t claim the revised figures for them (some of which would be higher still), so the GTS wears that particular crown for now.

As for the suspension, the GTS has 20 percent stiffer anti-roll bars front and rear, and higher spring rates, while the three-chamber air suspension setup now uses all three chambers only for Normal mode, with Sport and Sport Plus both reverting to a single chamber, unlike the 4S. The optional PDCC active anti-roll bars and rear-wheel steering have also been configured to suit, and the cars we’ve driven had both those options fitted, while the steering takes on a different feel given the changes to the suspension. There are new 21-inch GTS rims too, some 5kg a set lighter than the existing 21-inch Mission E rim, while if you do order those 21s you get a sportier tyre over the more range-biased rubber fitted to the 20 inch wheels the car comes with as standard.

Spotting a GTS is fairly easy too, given the amount of black trim and the Sport Design body kit they will all come with. Inside it’s awash with Porsche’s Race-tex upholstery (akin to Alcantara) and there’s also the option of a new panoramic roof, too, that can switch from clear to opaque at the press of a button.

So, there’s a strong hint of the ICE-powered GT cars in the cabin, and it certainly looks the part from the outside, but does the GTS actually provide any more additional driver entertainment over more expensive Taycans? The first thing to say is that you won’t feel short-changed in performance terms. It may ‘only’ offer up to 590bhp, but that’s enough for 0-100kph in just 3.7-seconds, and as ever with an EV, that huge slug of instant torque is more than enough to compress your innards in a deeply unpleasant/exciting fashion.

The performance is further enlivened by a GTS-specific artificial sound pumped into the interior, which takes the usual Taycan spaceship vibe and adds in a louder, more mechanical note. The changes in tone and pitch are more obvious too, almost sounding like shifting points in a manual gearbox. I know: if you like petrol-powered engines this probably sounds like a heinous new reality, but it’s actually a lot more effective than it might seem, and somehow forges a greater bond between you and the car when you’re driving it quickly. It makes your progress across the ground easier to read.

What I can say is that Porsche has perfected some kind of weird alchemy that allows 2.3 tons of luxurious EV saloon car to fly around a circuit at ludicrous pace. The GTS features upgraded brakes, with a larger front disc and caliper, but our car had the carbon ceramics fitted and there was no sign of fade on the laps we did. More impressively, with the stability control relaxed, you can really feel how the GTS moves around under power, the rear stepping out slightly and then the nose really keen to dive for the apex on corner entry.

It’s a much more agile driving experience than you might rightfully expect it to be, ultimately ending up in full on power oversteer if you’re working over its very high limits, and the accurate and brilliantly progressive steering allows you to place the car exactly where you want it. I’ve no doubt that when it finally does really let go that weight becomes readily apparent, but it’s a much more deft device before that point than could reasonably be expected.

Priced at $138,087, the GTS sits – you guessed it – halfway between the family models on either side of it. Based on this first experience though, it’s very much the driver’s choice in the Taycan range, whatever the price. This is only just underneath the closely-related Audi RS e-tron GT, but as we found over our six month tenure with one, the Audi’s dynamics are far from perfect. At just over $147,000, they’re priced in-line of each other too, although both can quickly rise depending on the trim-level specified on the Audi, or how liberally you tick the Porsche’s individual options.

The Mercedes-AMG EQS 53 is still on its way, but is far bigger and more powerful, so too is Tesla’s Model S Plaid and the new Lucid Air, but for now it’s the Porsche and Audi that have a monopoly on the large performance EV saloon genre and of the two, we know which we’d go for.