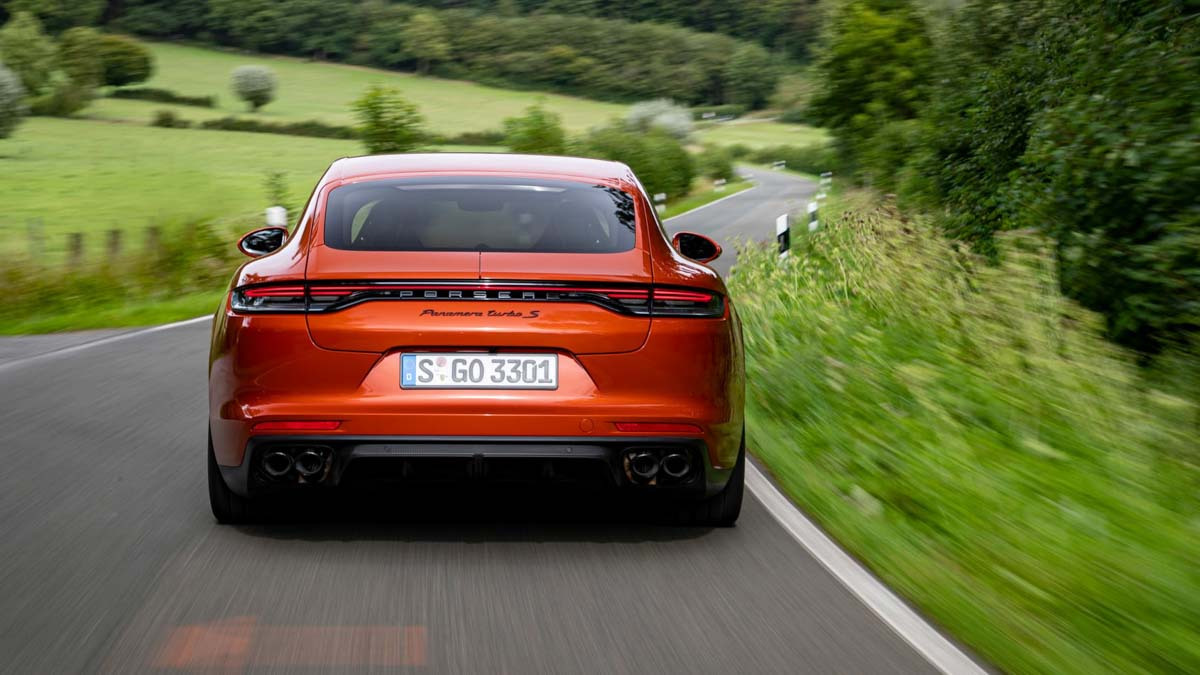 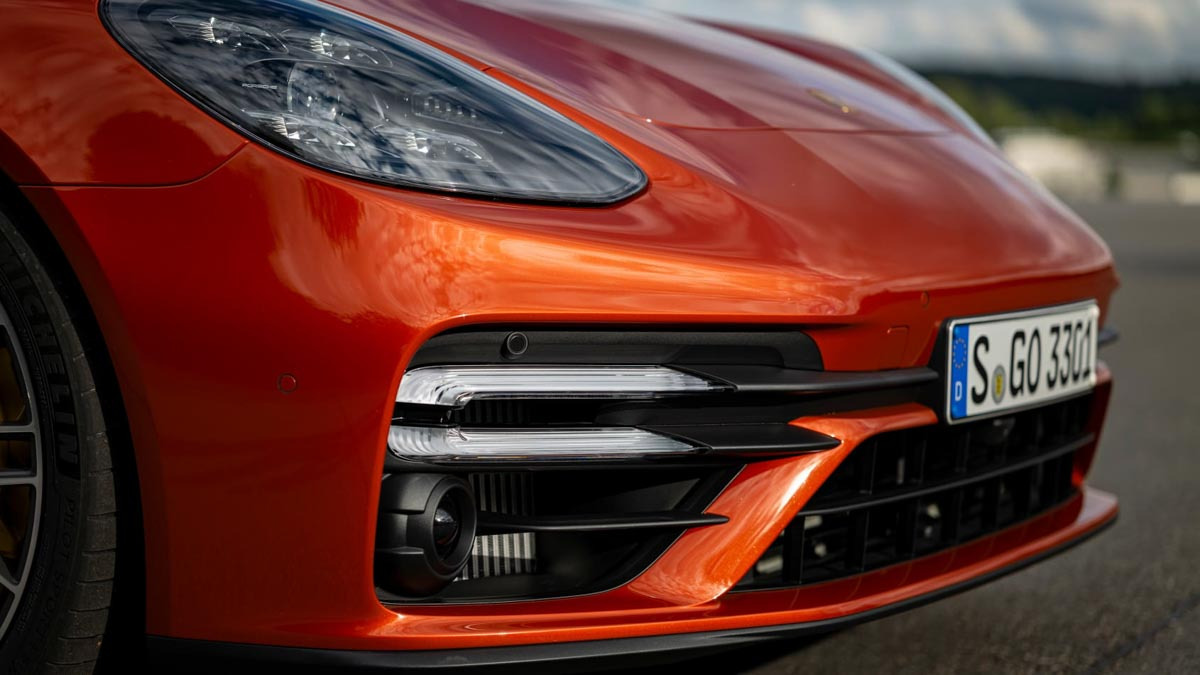 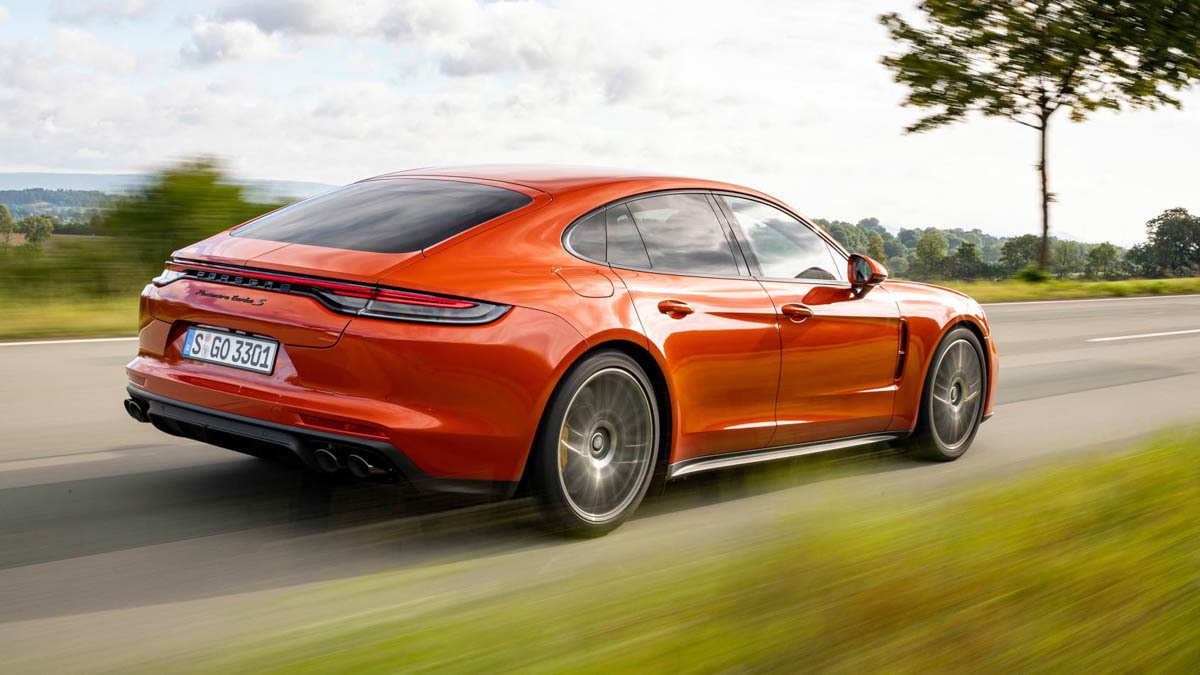 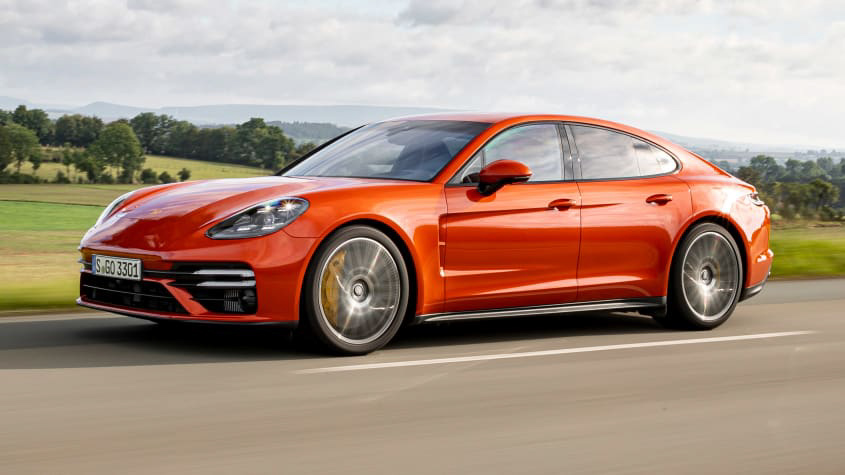 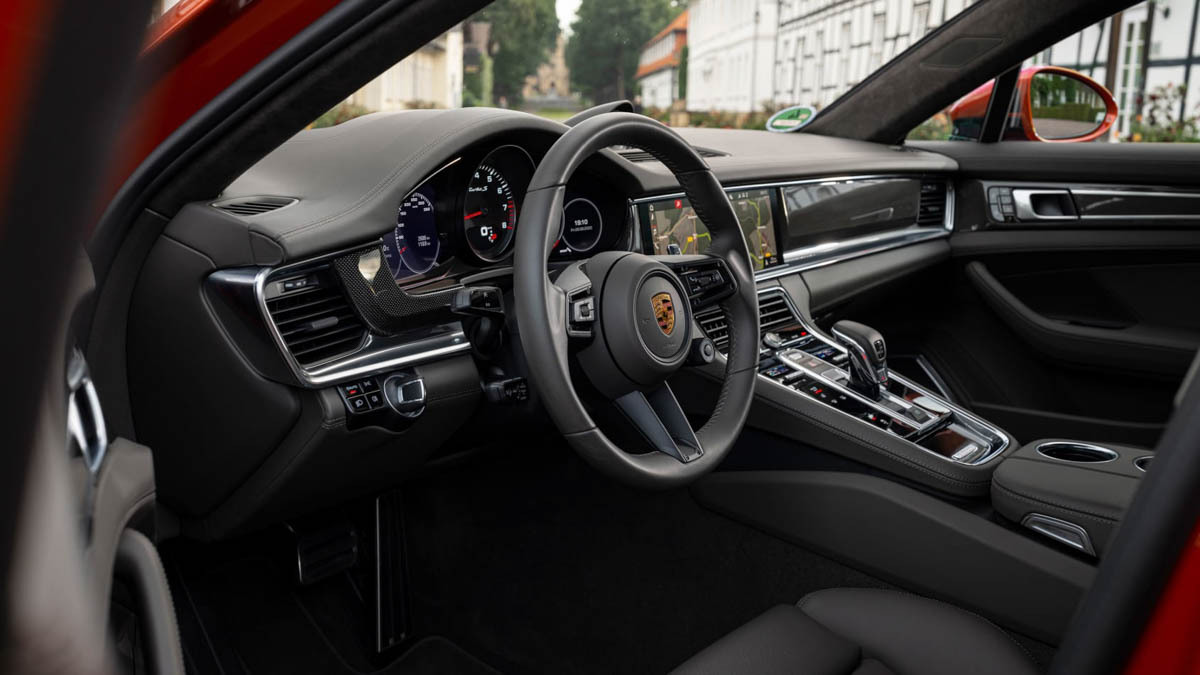 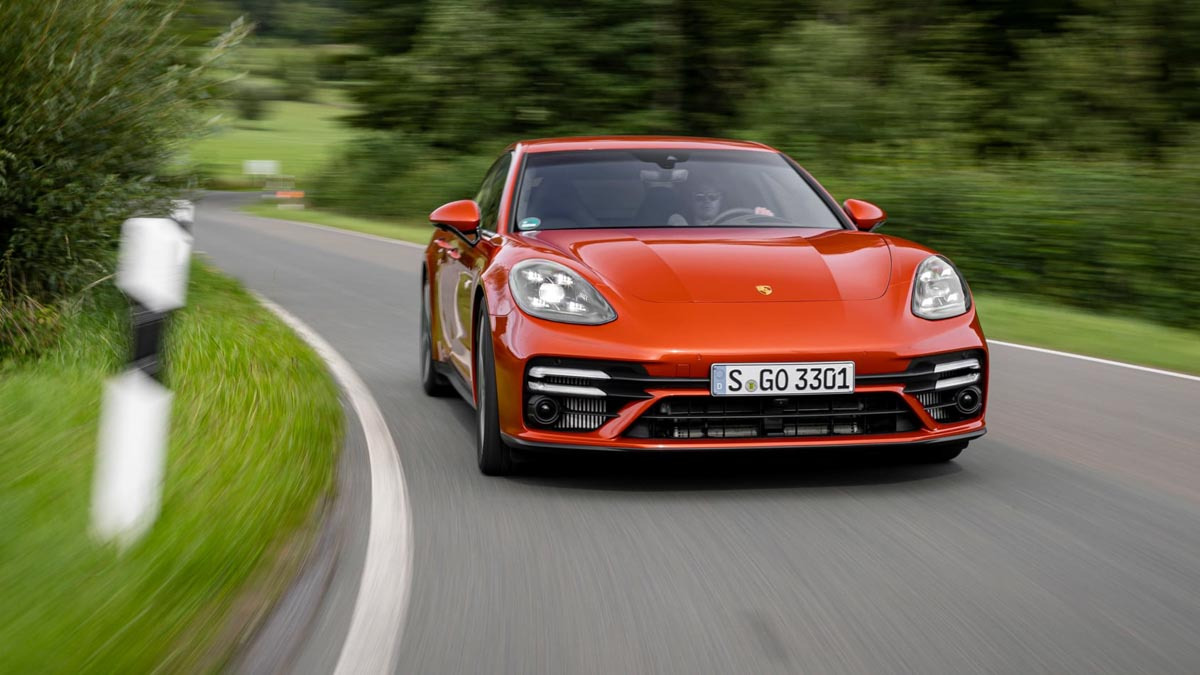 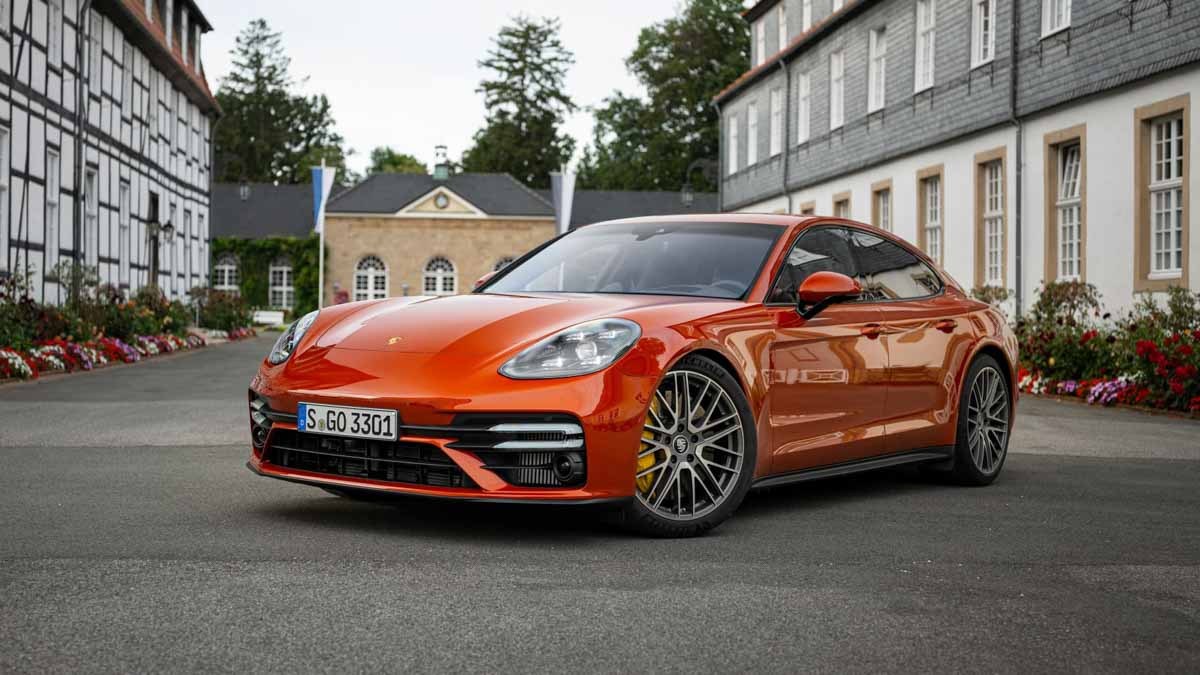 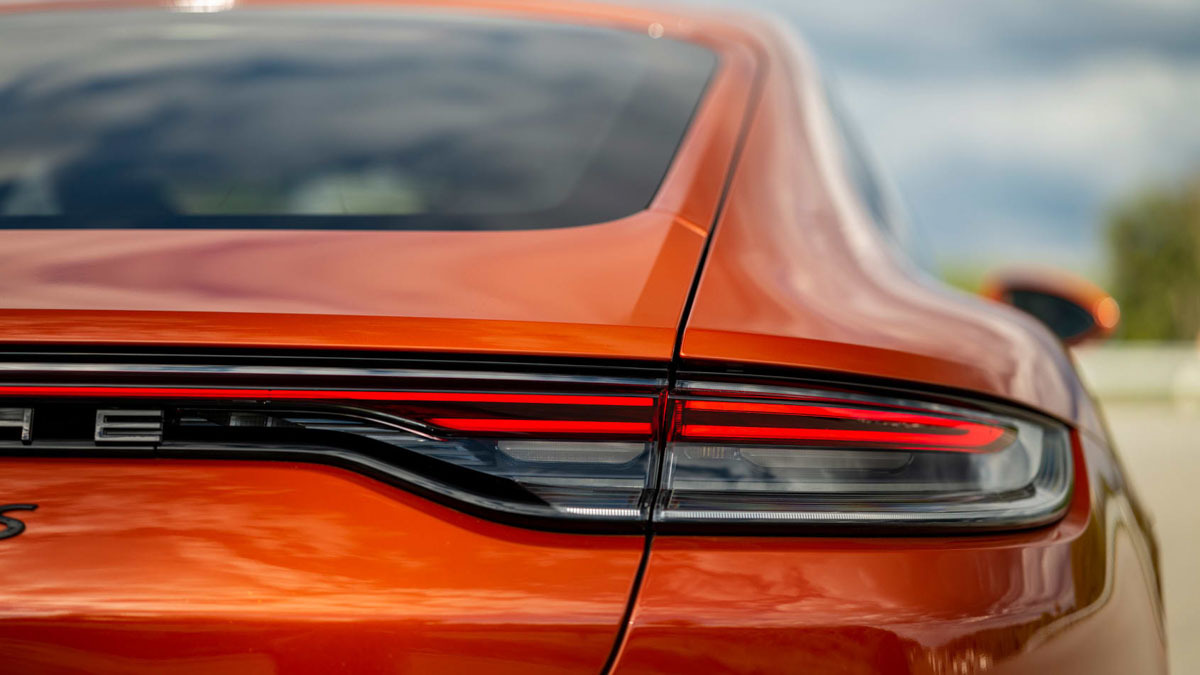 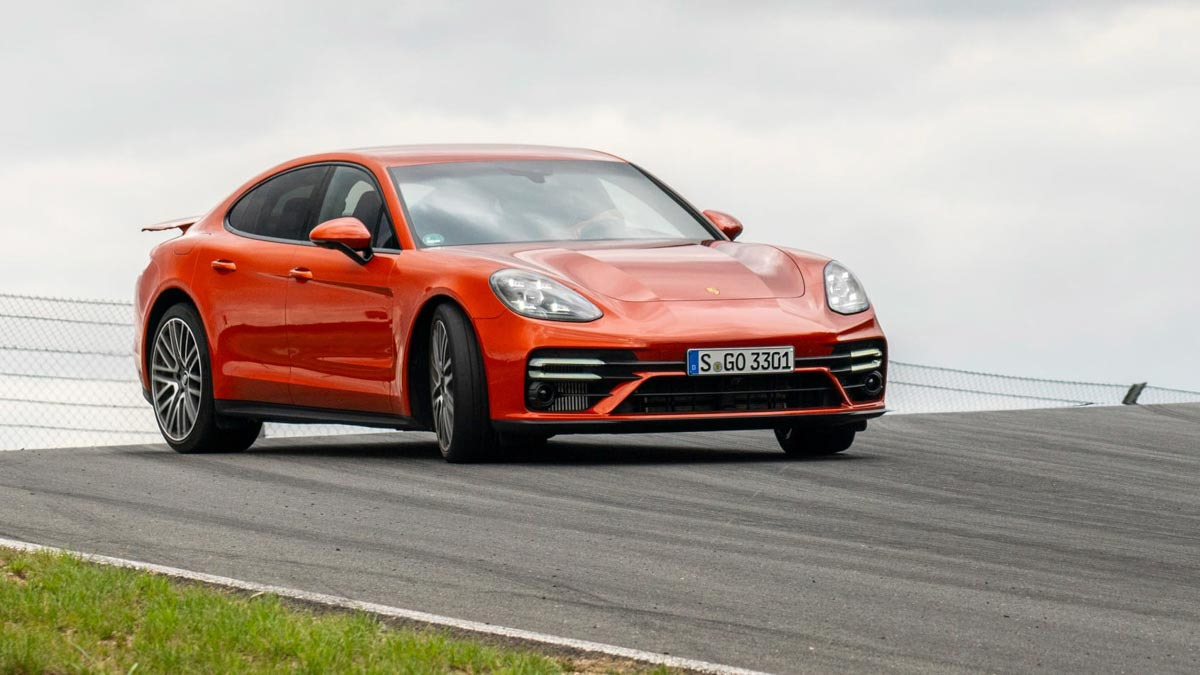 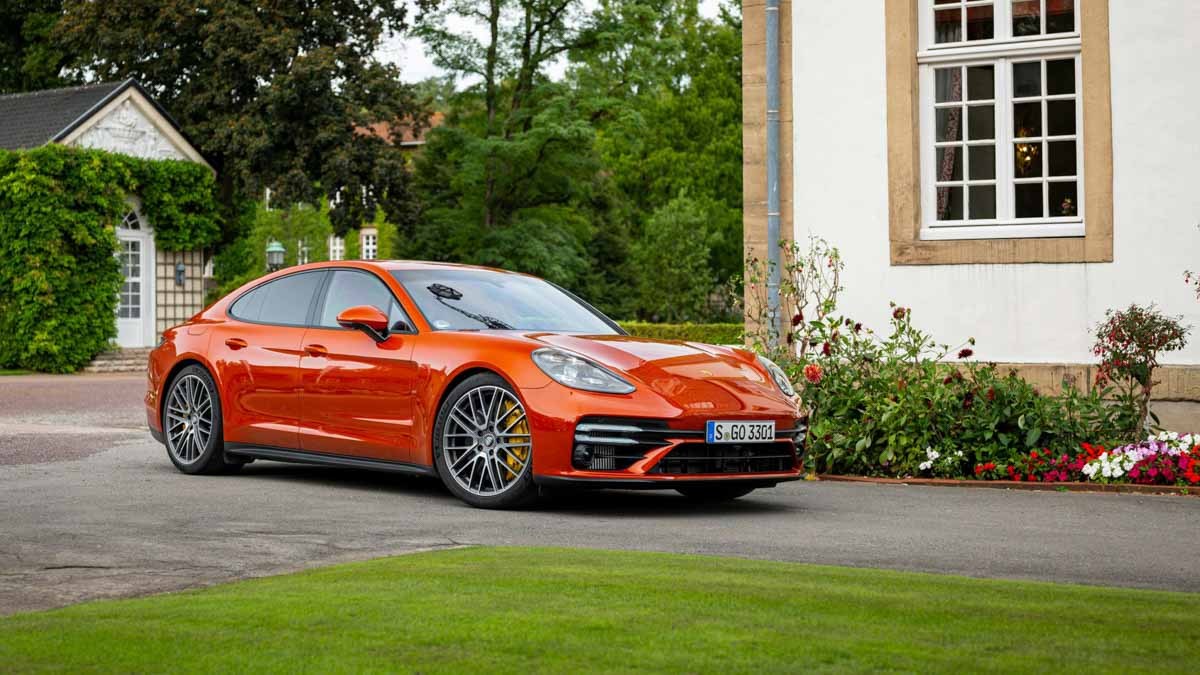 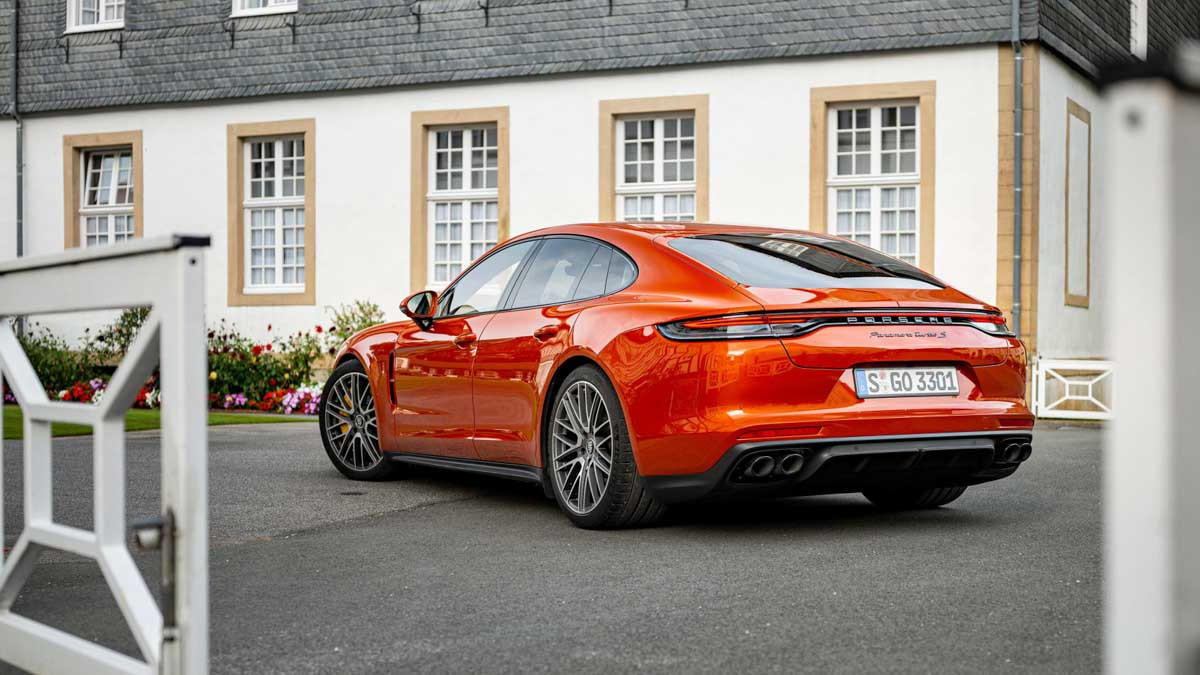 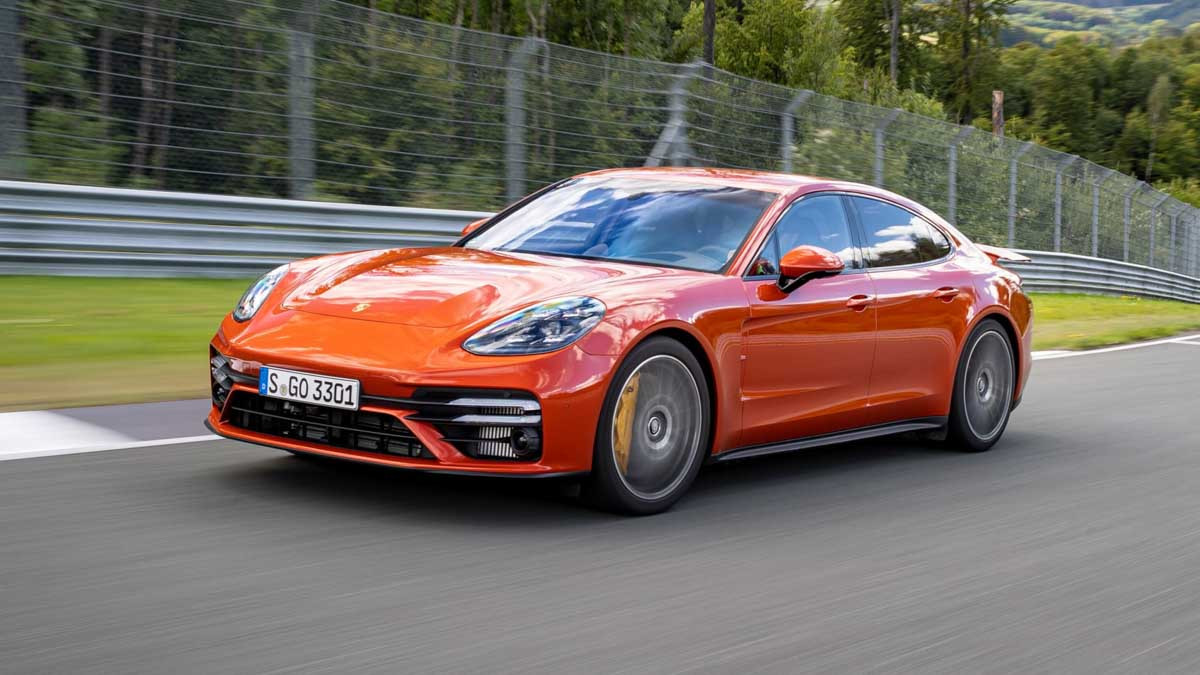 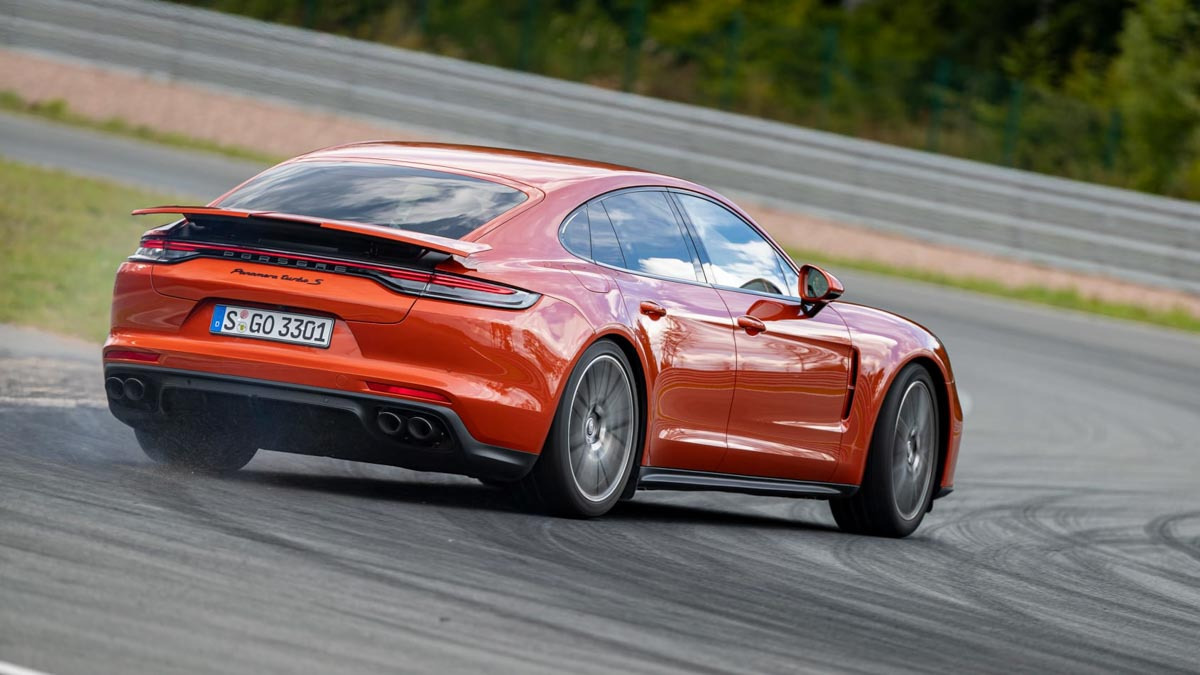 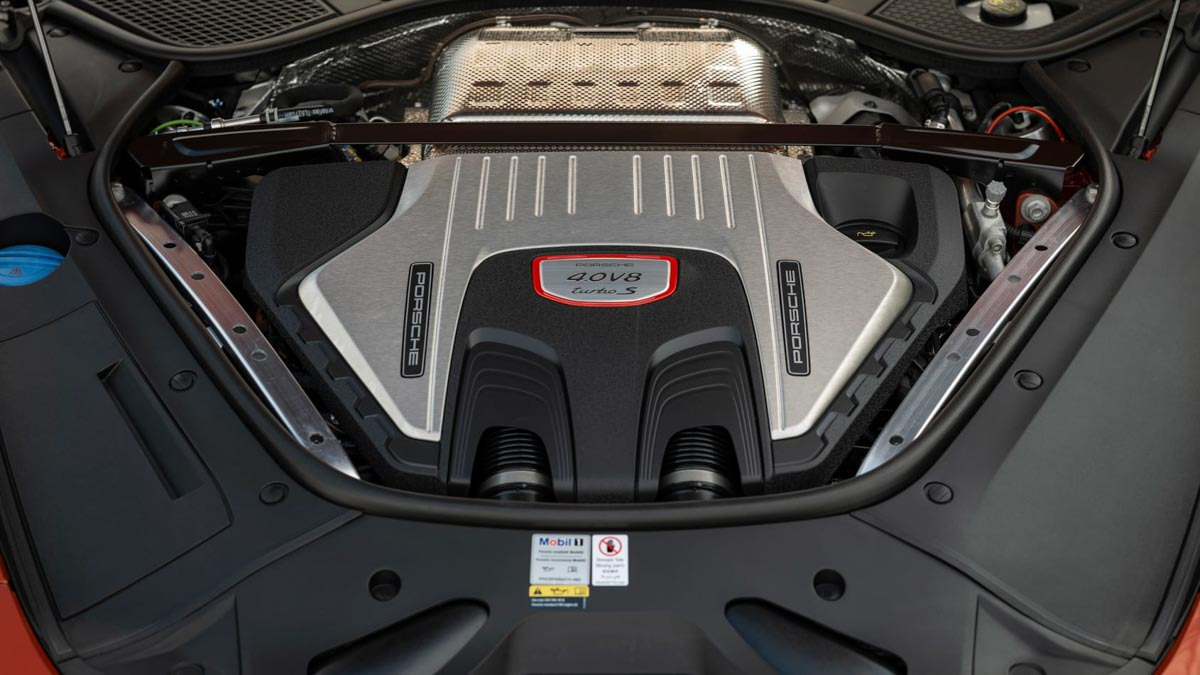 Whether on the back of a 911 or affixed to Porsche’s electric Taycan, the Turbo S badge is Porsche shorthand for maximum straight-line performance. It’s the Panamera range-topper too, and comes with supercar-baiting pace and long-distance comfort rolled into one. With a 7:29sec Nürburgring time though, there may be more to the new Panamera Turbo S than big power alone.

The Turbo S packs a twin-turbocharged four-litre V8 under its bonnet, making 621bhp, and 605lb ft of torque between 2300-4500rpm. For reference, those figures are 148bhp and 148lb ft healthier than the Panamera GTS with the same displacement, while the 6000rpm power peak is 500rpm lower, indicating a motor aimed more at pure grunt than high revs.

With an eight-speed PDK and all-wheel drive there’s enough traction to handle that grunt too, which is why the Turbo S takes 3.1 seconds to reach 100kph (2.9 to 96kph) from rest, and only stops accelerating a couple of kph short of 200. You might note that there’s no longer an e-hybrid affix attached to the end of the Panamera Turbo S’s name any more, and that’s because this is no longer a hybrid, but has a purely combustion powertrain.

As we’ve come to expect from the Panamera, and indeed most super-saloons at this level in the market, the Turbo S is lugging around more than two tons of weight – 2135kg to be precise, or 95kg more than a Panamera GTS. In an effort to hide it the Turbo S gets all-wheel steering, plus PASM for its three-chamber air suspension, active anti-roll as part of the PDCC Sport system, and PTV Plus – Porsche’s torque-vectoring system that varies torque to each rear wheel via an electronically-controlled differential.

Ah, there it is. That age-old Porsche big-T Turbo sensation of slightly palm-wetting levels of acceleration; the kind that makes you glad Porsche figured out brakes many decades ago. At more than two tons, a touch over three seconds to 100kph and all four wheels doing the work, it’s enough to wonder if pulling out of a junction and matting the pedal is ever so slightly changing the earth’s rotation.

At the same time, hard acceleration in any car has rarely been so undramatic. Porsche might have worked to tune the exhausts of the latest Panamera but the pleasant V8 growl is almost too subdued, while monster traction and plenty of sound insulation makes amassing considerable speed little trickier than Porsche’s revered Taycan Turbo S.

What it really needs to bring it to life is, surprisingly, a circuit. Porsche’s launch venue at the sinewy Bilster Berg circuit in Germany is ideal, mixing quick direction changes with severe changes in altitude and a couple of punishing sweepers to test a car’s composure.

The Turbo S handled it all, albeit not as deftly as the lighter, lower and nimbler 992 Turbo S leading us around. You could push the Panamera into understeer it’d never find on the road and get the tail moving in a way you’d probably not attempt otherwise, but while it definitely felt chunky under brakes and nipping side to side through a chicane, there’s enough performance, control and composure to hide its size.

You can appreciate all that stuff on the road too – the steering has just enough detail and nice heft and response, it’s alert in corners (four-wheel steering doing its bit to stave off understeer), it rides smoothly and the brakes up to repeated hillside hairpins, but the Turbo S’s surfeit of power and grip do make it, in the manner of many of its rivals, slightly one-dimensional as a performance car. We’d be tempted to spare the extra horses and pick the GTS – it’s just as cosseting for the daily grind, but you’ll get a little more from it when driving purely for fun.

Pricing begins at $180,450 for the Turbo S in fastback form and $183,310 should you want the Sport Turismo, and this highlights one of the Panamera’s issues: expense. There aren’t many high-performance limos that will beat the Turbo S away from the lights admittedly, but when the incredibly accomplished Audi RS6 is a third less money, and Porsche’s own Panamera GTS around $37k less, the case for the Turbo S becomes harder to make if not on pure numbers alone.