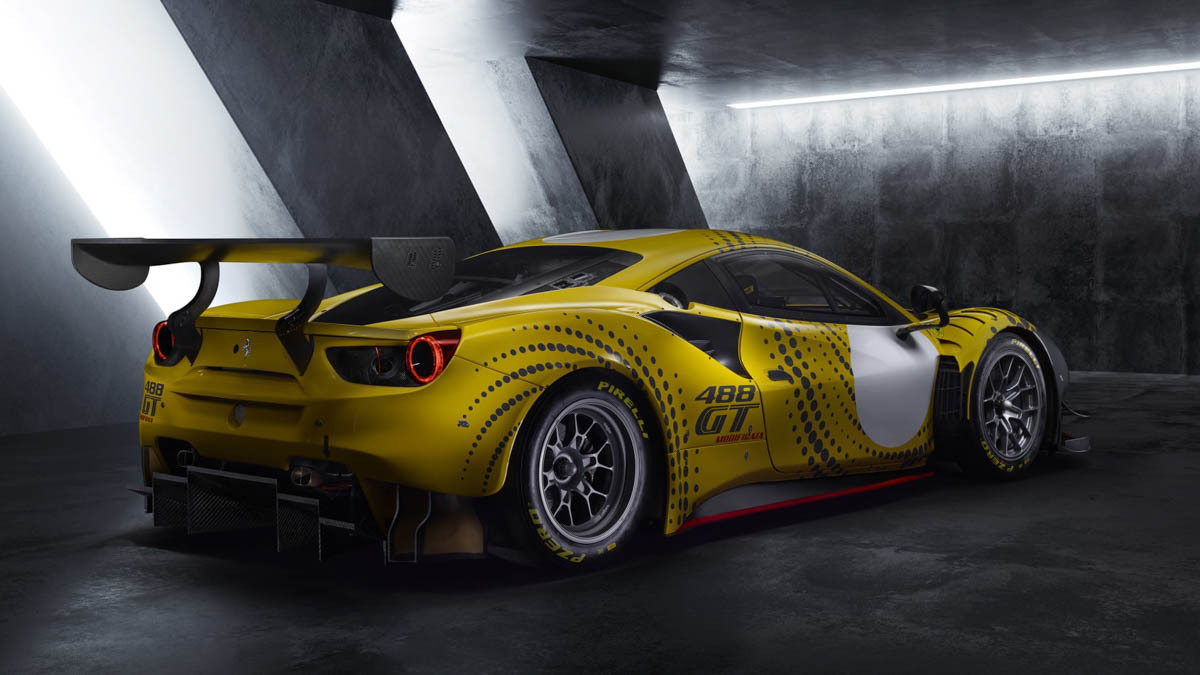 Ferrari has launched a number of track-day specials in its time, ranging from the extreme V12-powered XX cars through to last year’s one-off P80/C. The 488 GT Modificata is the latest addition, combining tech from the marque’s all-out racers to create its next track day weapon.

Built strictly for track days and for use at Ferrari Club Competizioni GT events, the limited-run model combines elements from its highly successful 488 GT3 and GTE racers. Though it appears near-identical to those racers at first glance, Maranello’s engineers have designed the Modificata to produce even more performance, yet also make it more accessible to drive at the limit.

At its core is the same 3.9-litre twin-turbocharged flat-plane crank V8 you’ll find in its siblings, but thanks to the lack of restrictions enforced in competitive racing, is more powerful than both, producing 681bhp, which is now sent to the rear – up 21bhp over the 488 GT3 and 81bhp over the GTE.

Under its GTE-derived carbonfibre skin is a combination of hardware from both racers, featuring an identical suspension setup to the 488 GTE, a gearbox with adjustable ratios and a new carbon fibre clutch, and a Brembo braking system utilising the advanced ABS system from the recent 488 GT3 Evo.

Having undergone testing on the Nürburgring Nordschleife, Ferrari has also fettled its aerodynamic setup. Downforce balance has been shifted forwards in order to provide improved front-end grip without increasing drag – a total downforce figure of 1000kg at 230kph is claimed.

Being designed exclusively for track days, it would only be right to include a telemetry system. Bosch’s high-end system is fitted as standard, with a rear-view camera and tyre pressure and temperature monitoring system also part of the package. As with many of its offerings, Ferrari will also allow all buyers to customise both the interior and exterior to their liking.

Ferrari hasn’t disclosed a price, but as the model is available only to drivers who have participated in its Competizioni GT events, so you’re unlikely to find one for sale at your local Ferrari dealership any time soon.