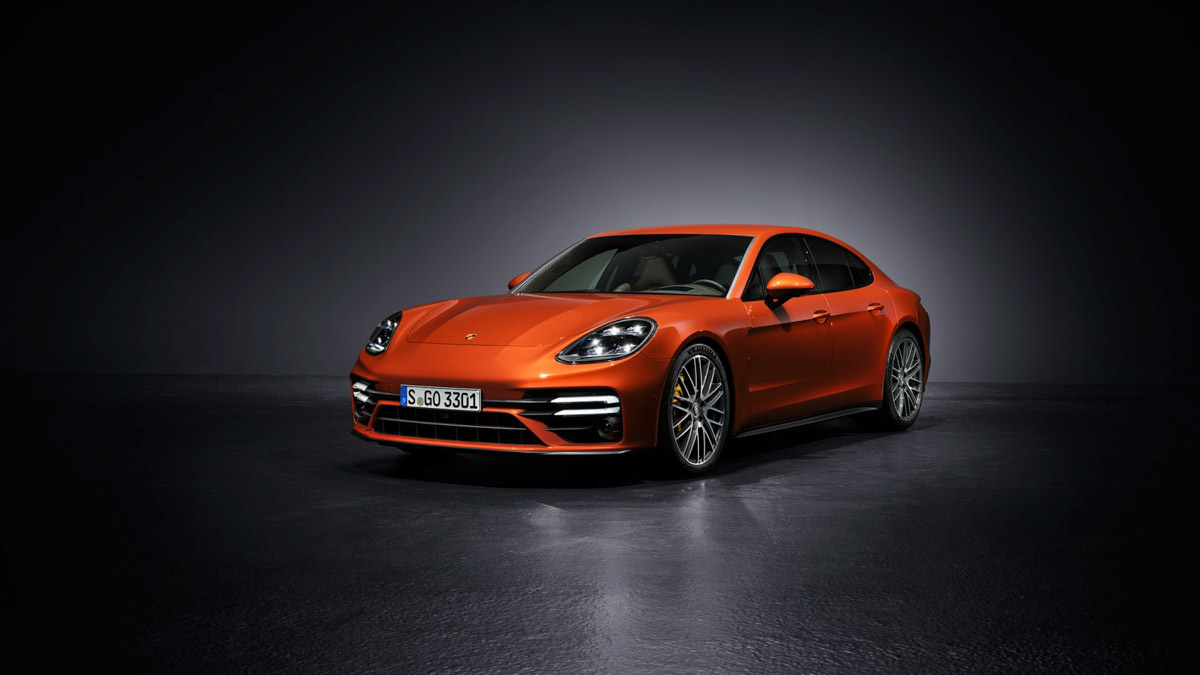 Porsche has given its Panamera hatch and Sport Turismo a mid-life update, realigning the model range with the application of updated powertrains and fresh exterior design. The most interesting change from a performance model perspective is the replacement of the current Turbo S E-hybrid flagship with a new non-hybrid Turbo S.

The outgoing Turbo S E-hybrid always impressed on paper with a combined 671bhp power figure, but it came with a hefty 315kg weight addition that made it barely any faster on the road, or against the stopwatch, than the standard Turbo – and a comparatively blunt instrument to drive on the road.

In response to this criticism of the previous model, Porsche has revealed a new Turbo S without the hybrid powertrain elements. It’s rated with a peak power of 621bhp, making it 50bhp down on the previous Turbo S E-hybrid, but it’s significantly lighter.

This move also aligns the Panamera Turbo S with AMG’s GT63 S, which shares the 621bhp power figure while offering more torque, with a peak of 664lb ft compared to the new Turbo S’s 605lb ft. Performance is impressive, the flagship Panamera reaching 100kph in 3.1sec, 0.1sec faster than the AMG and going on to what sounds like a conservative 314kph top speed. Porsche has removed the standard 542bhp Turbo model from the Panamera range.

The drivetrain is otherwise unchanged, with power going to all four wheels via an eight-speed dual-clutch PDK transmission and an electronically controlled limited slip differential with power torque vectoring. The Turbo S is fitted as standard with the same underlying hardware as before, including three-chamber air-suspension, an active roll stabilisation system and rear-wheel steering.

Porsche has also adjusted other models in the range, amalgamating the previous E-Hybrid and 4S models into a new Panamera 4S E-hybrid that sits between the entry-level Panamera 4 and GTS. This new hybrid model combines the 444bhp 2.9-litre twin-turbocharged V6 engine with a 134bhp electric motor making for a 552bhp combined power output, becoming the second most potent model in the range. The Panamera 4S E-hybrid also picks up a larger battery pack than previous Panamera hybrids, upping the capacity from 14.1kWh to 17.9kWh, extending the all-electric range to 53 kilometres on the WLTP cycle.

Other powertrain changes include a 20bhp increase for the GTS taking it to 473bhp, while Porsche has dropped the standard Panamera 4’s Audi-sourced 3-litre twin-turbo V6 in favour of the 2.9-litre unit found in the previous Panamera S and various RS4 and RS5 Audi Sport derivatives, albeit with a lower 328bhp peak power.

Porsche has refreshed the exterior styling, with the Turbo S now featuring a bespoke front bumper layout with fresh twin-bar daytime running lights and a more open front aperture allowing for the added cooling required by the V8’s higher power rating. There are three new wheel designs, some fresh exterior colour options and new rear lights. All other Panamera models now feature the previously optional SportsDesign pack, while the interior is as before with the exception of some new interior colour choices.