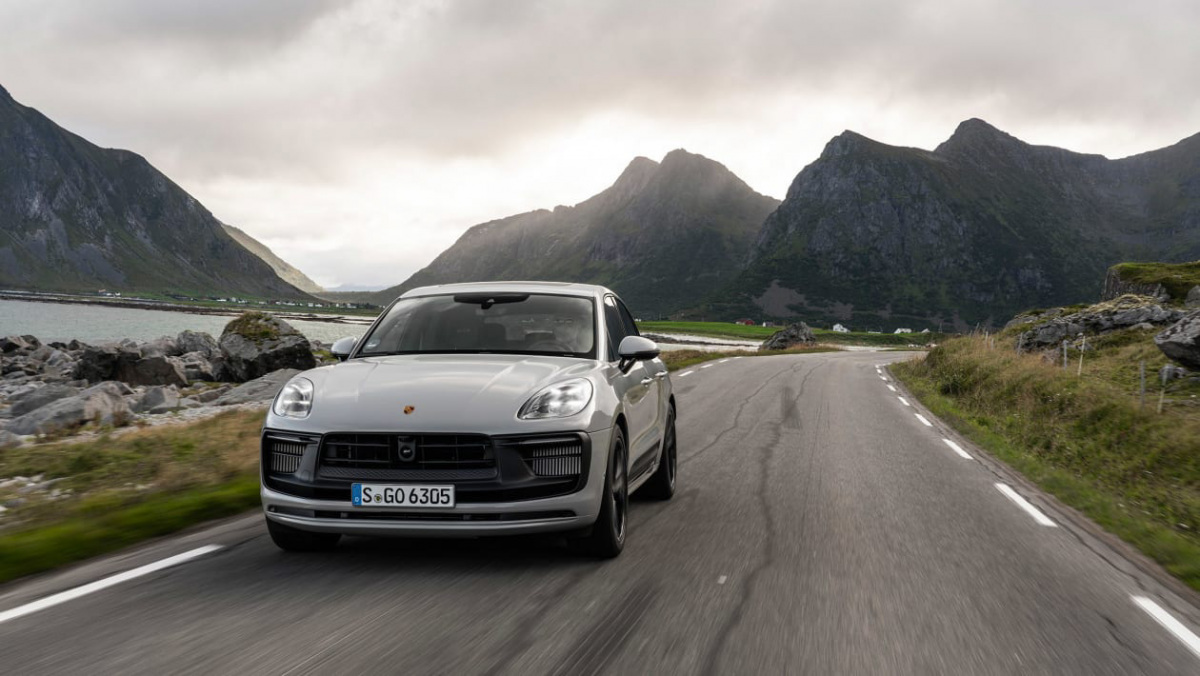 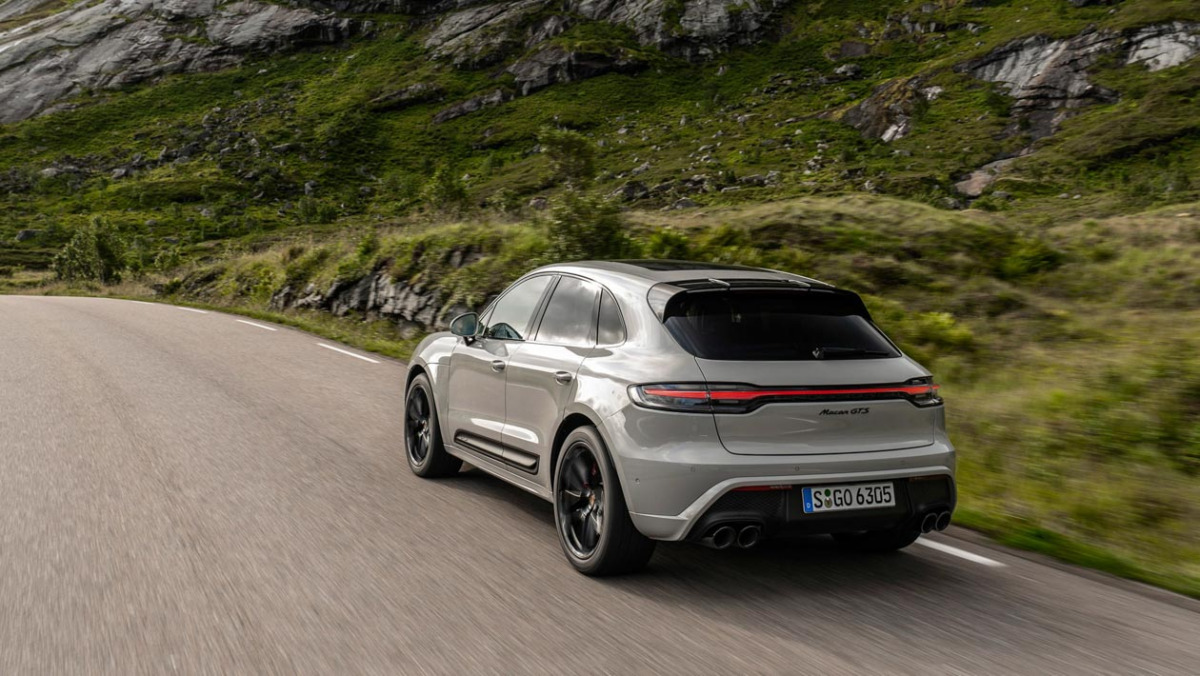 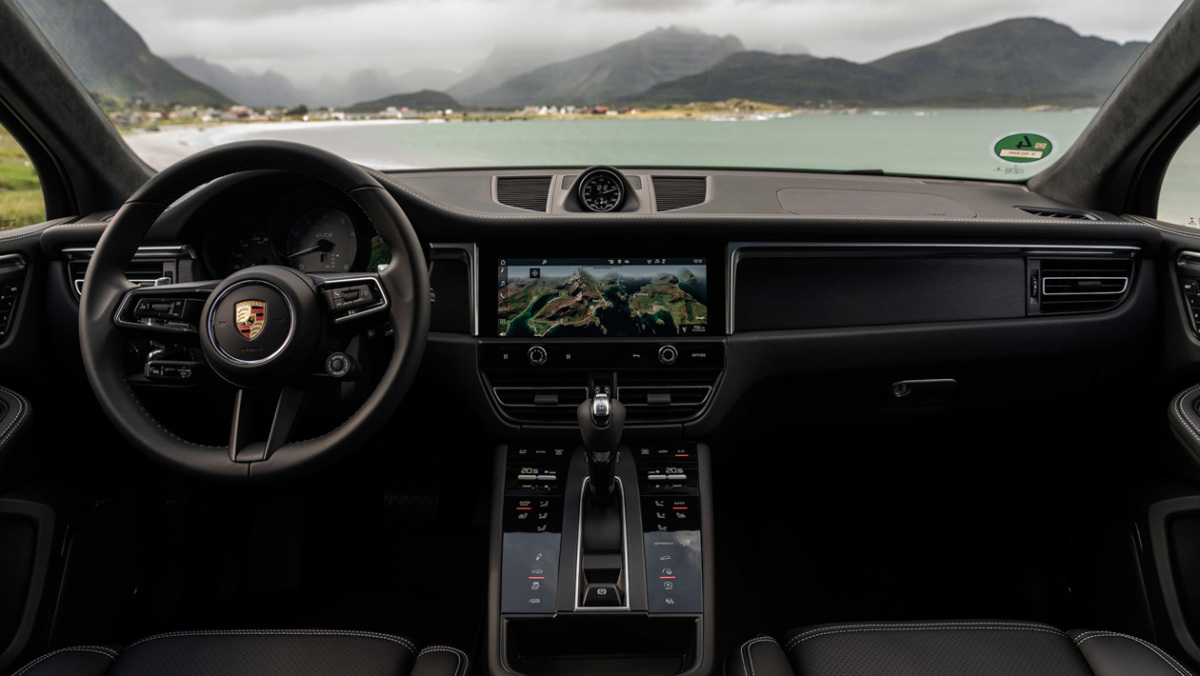 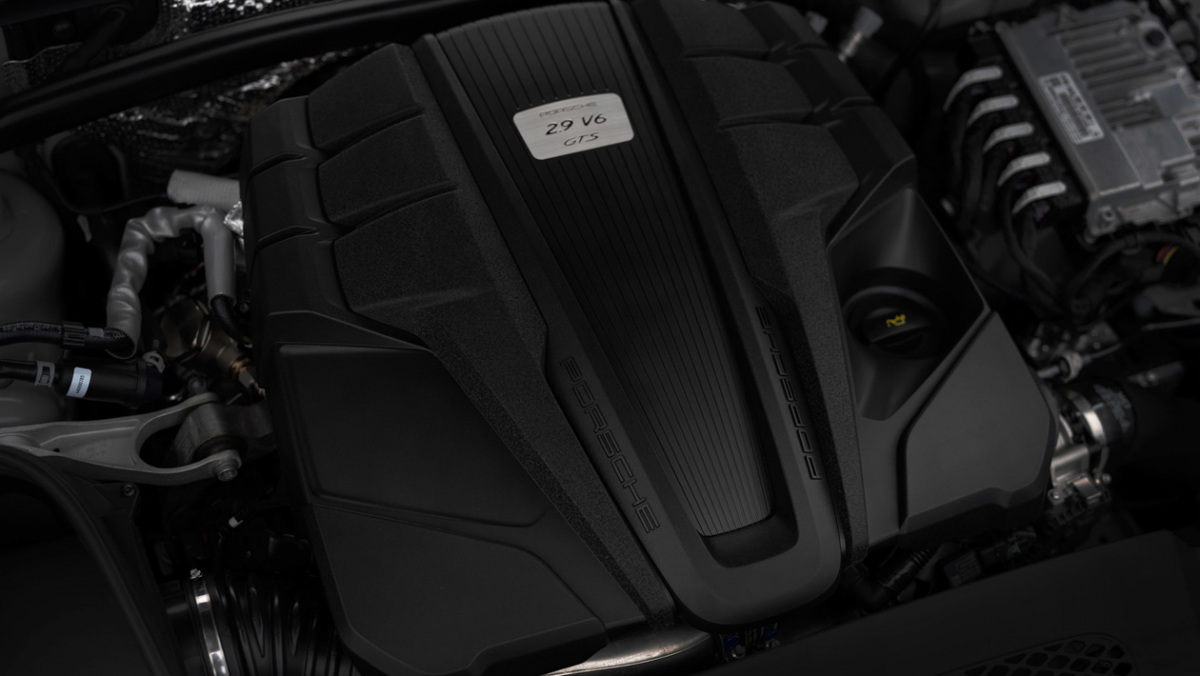 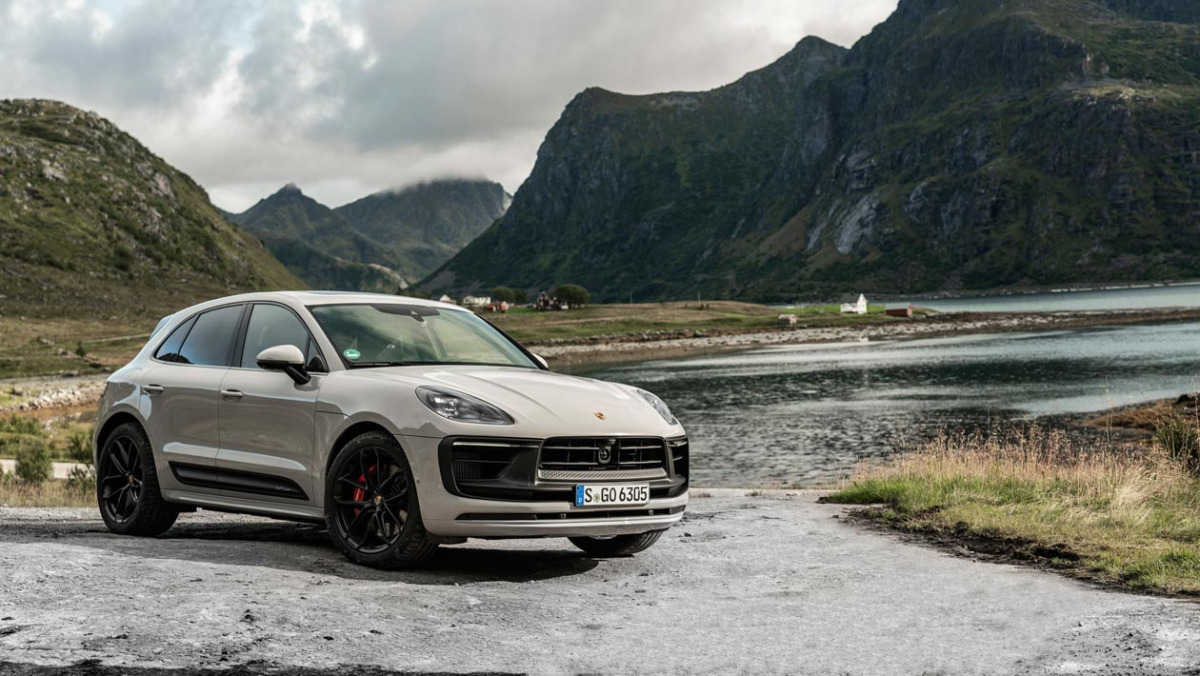 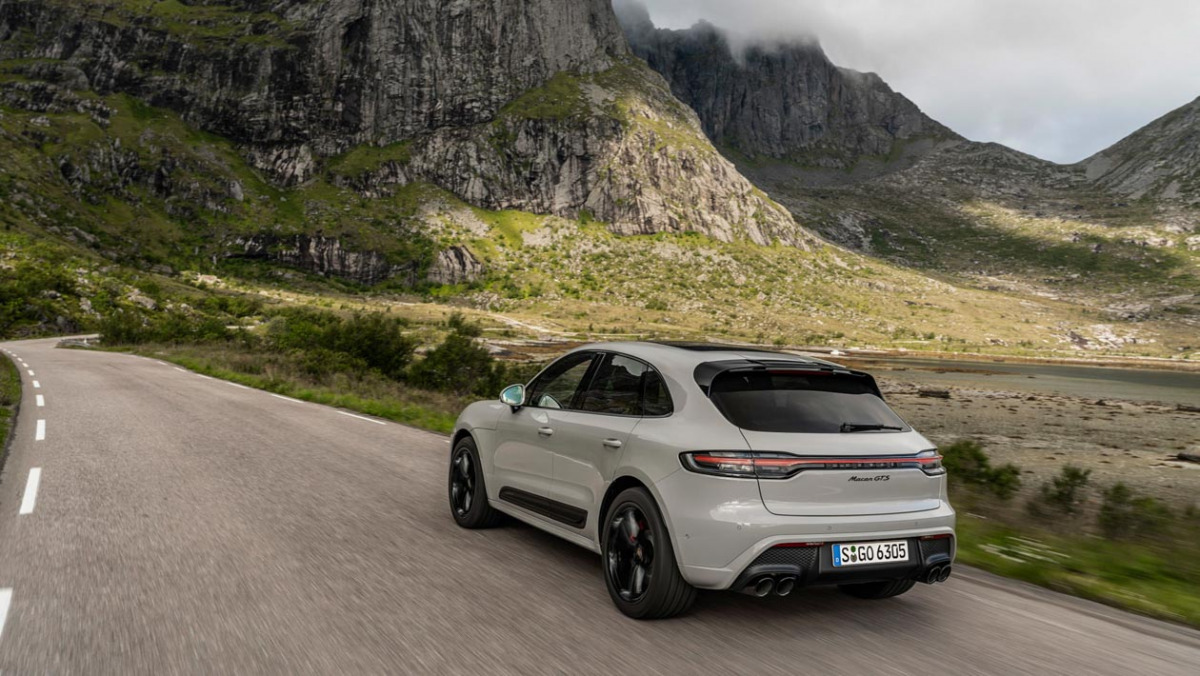 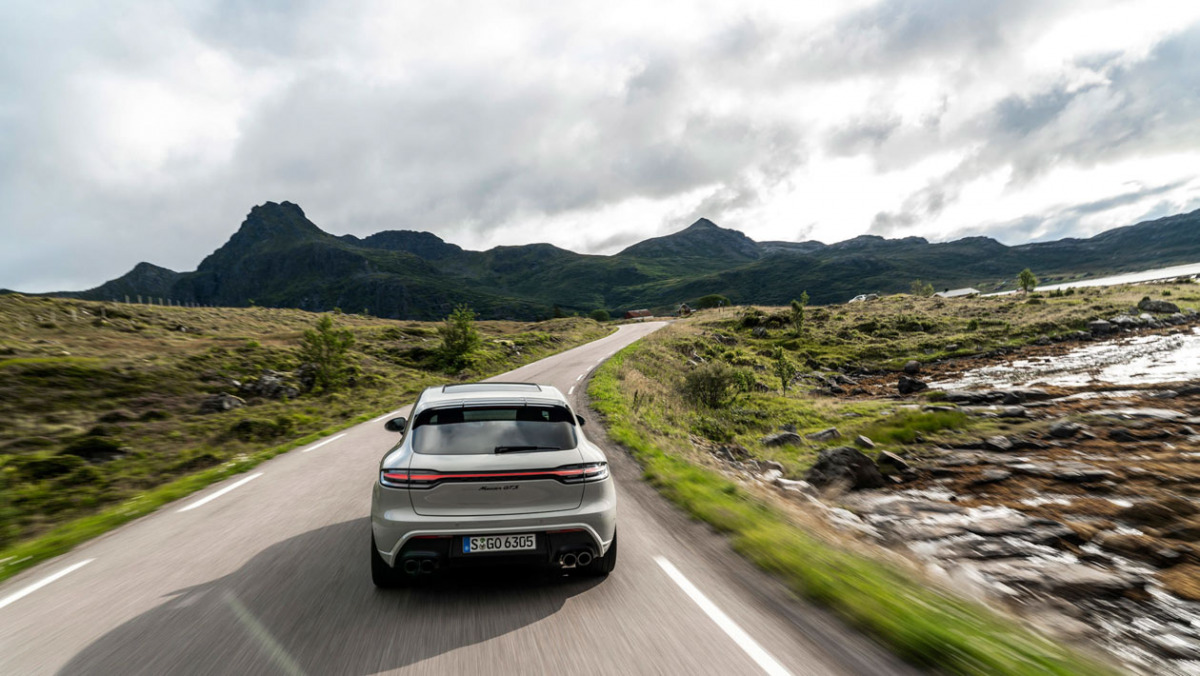 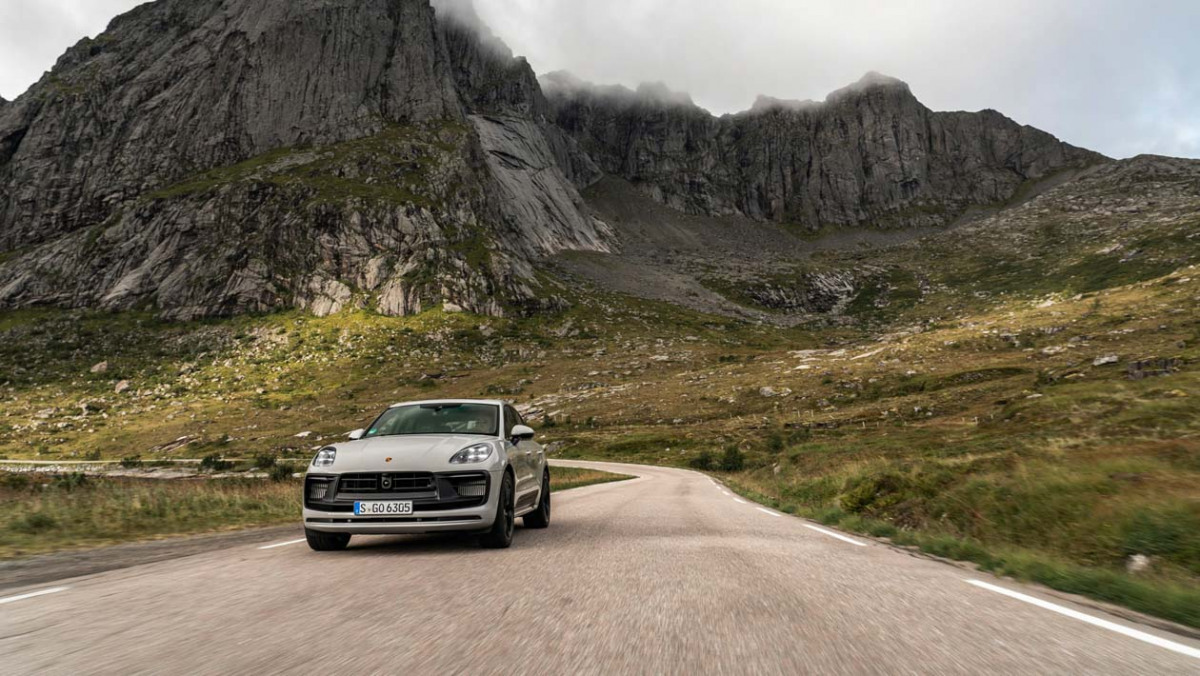 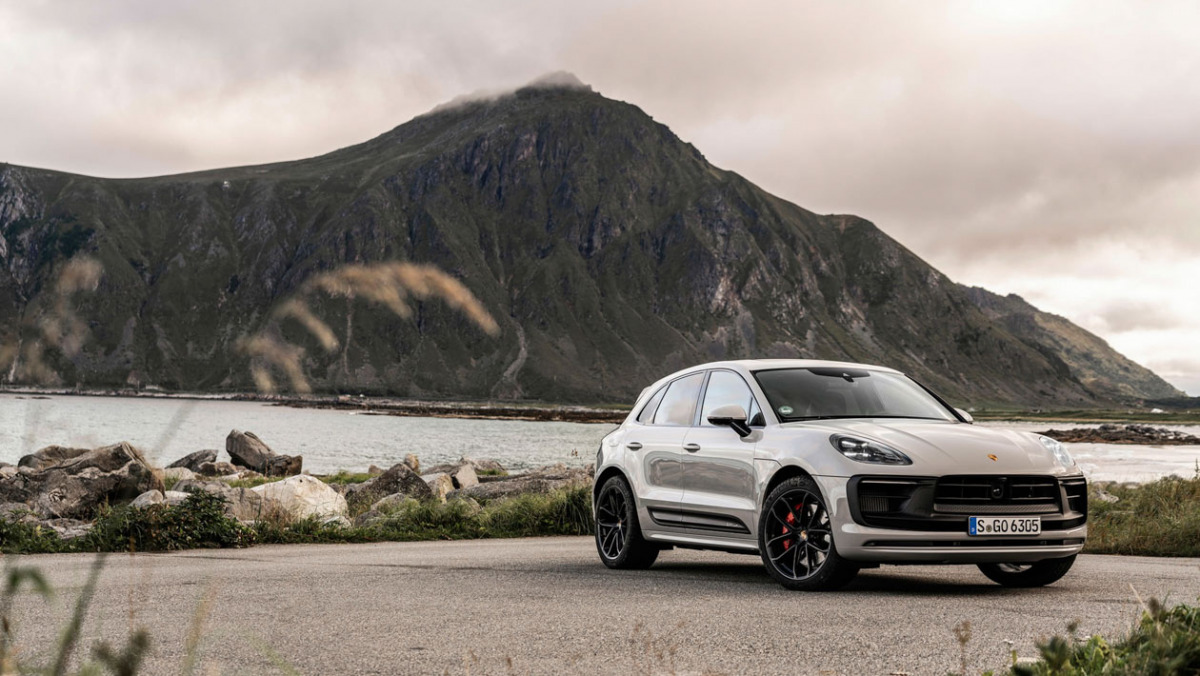 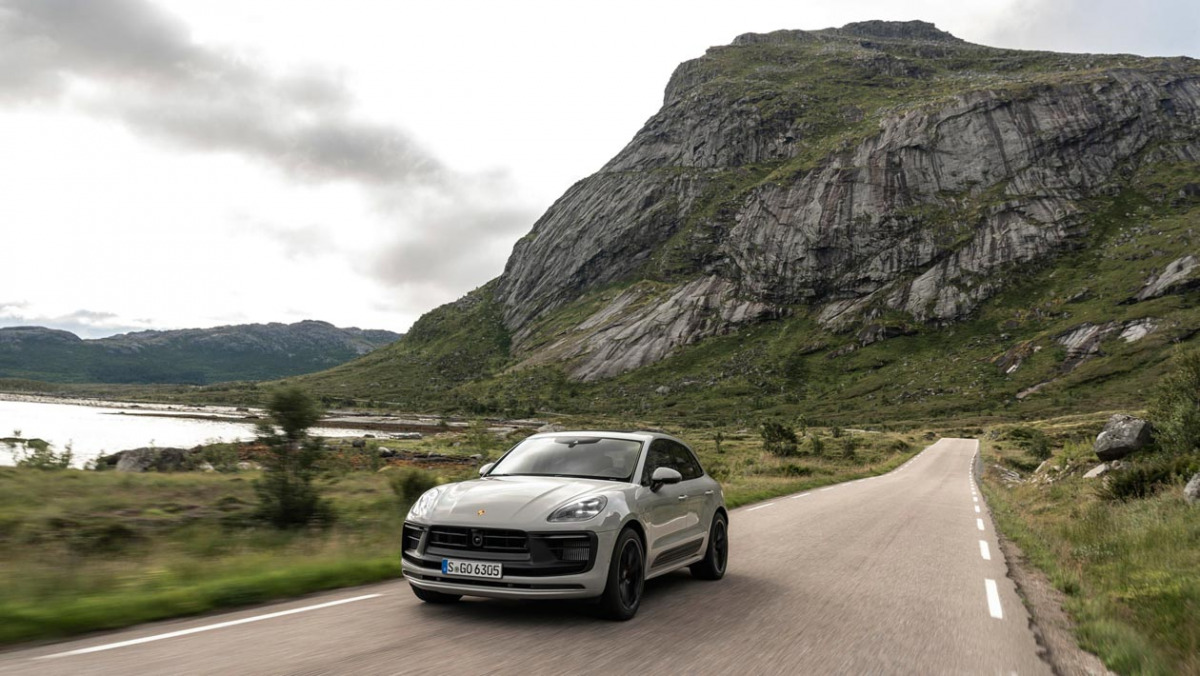 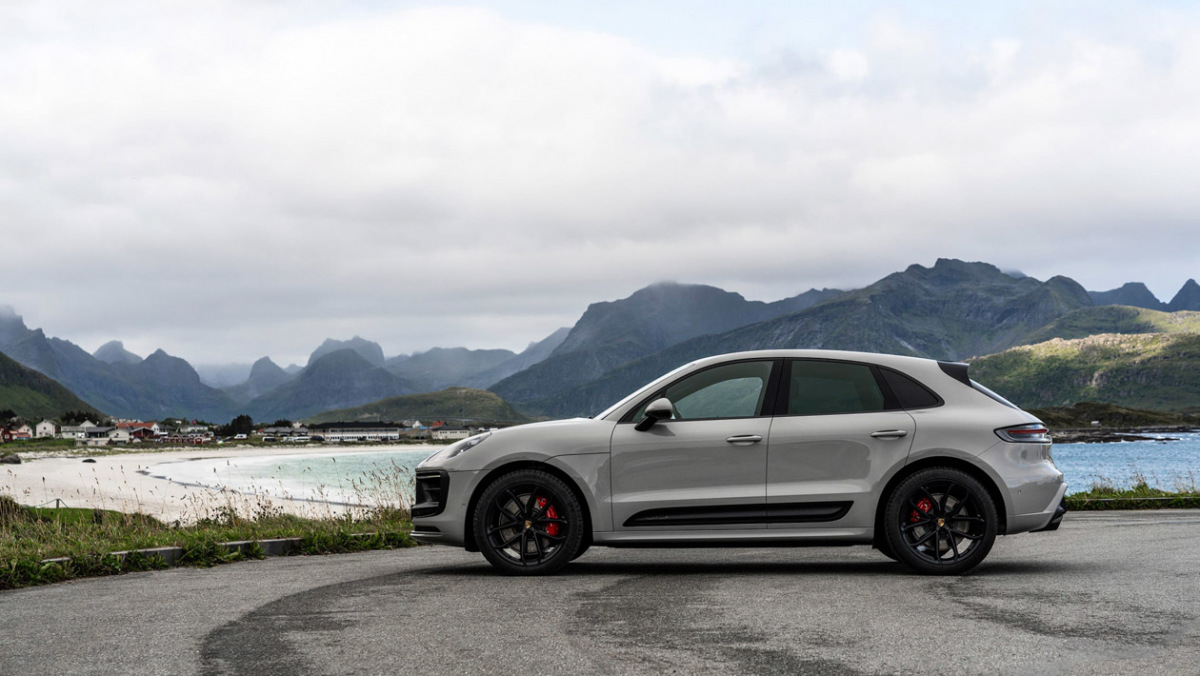 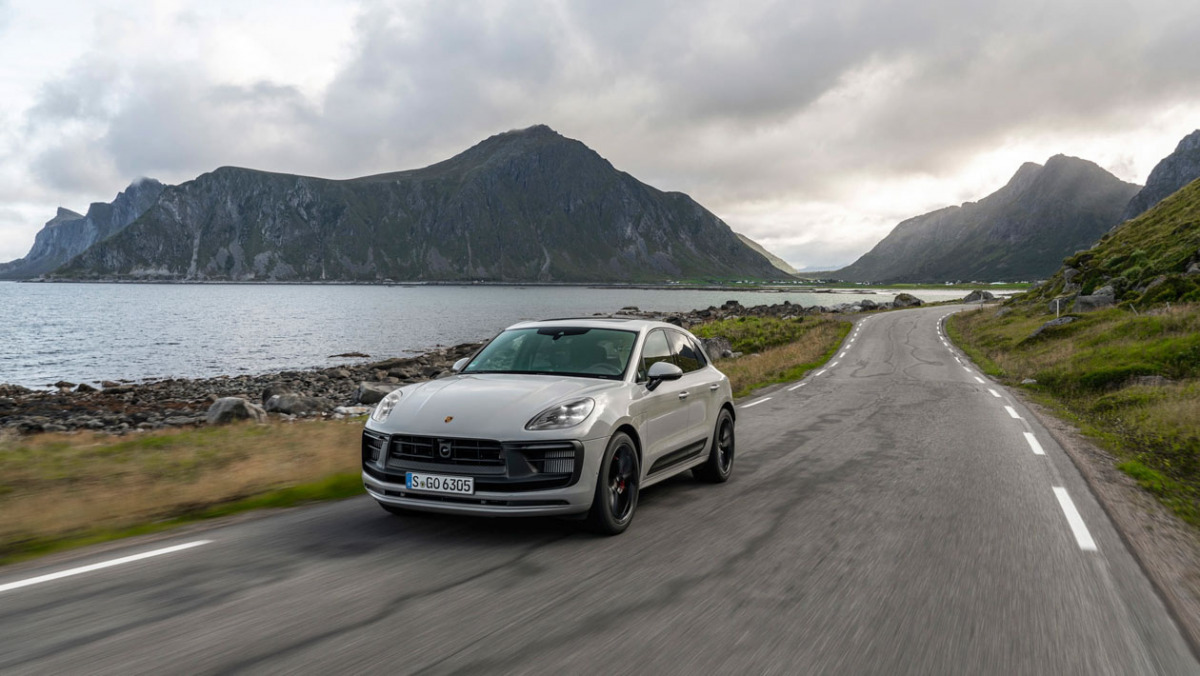 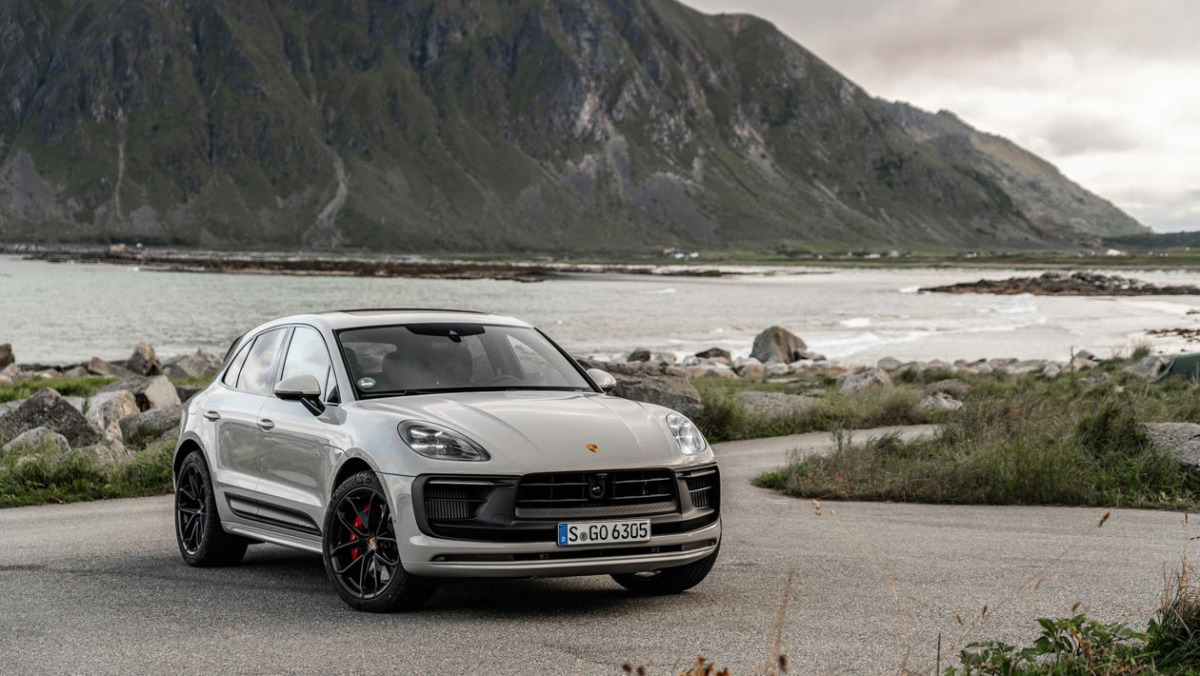 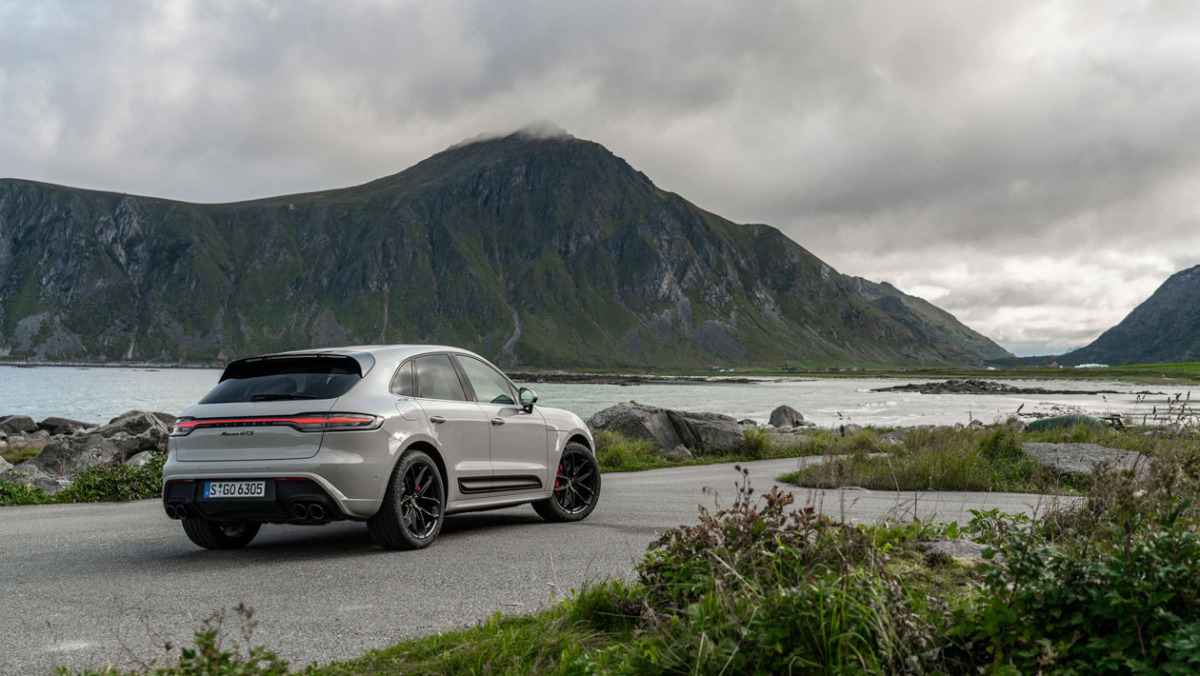 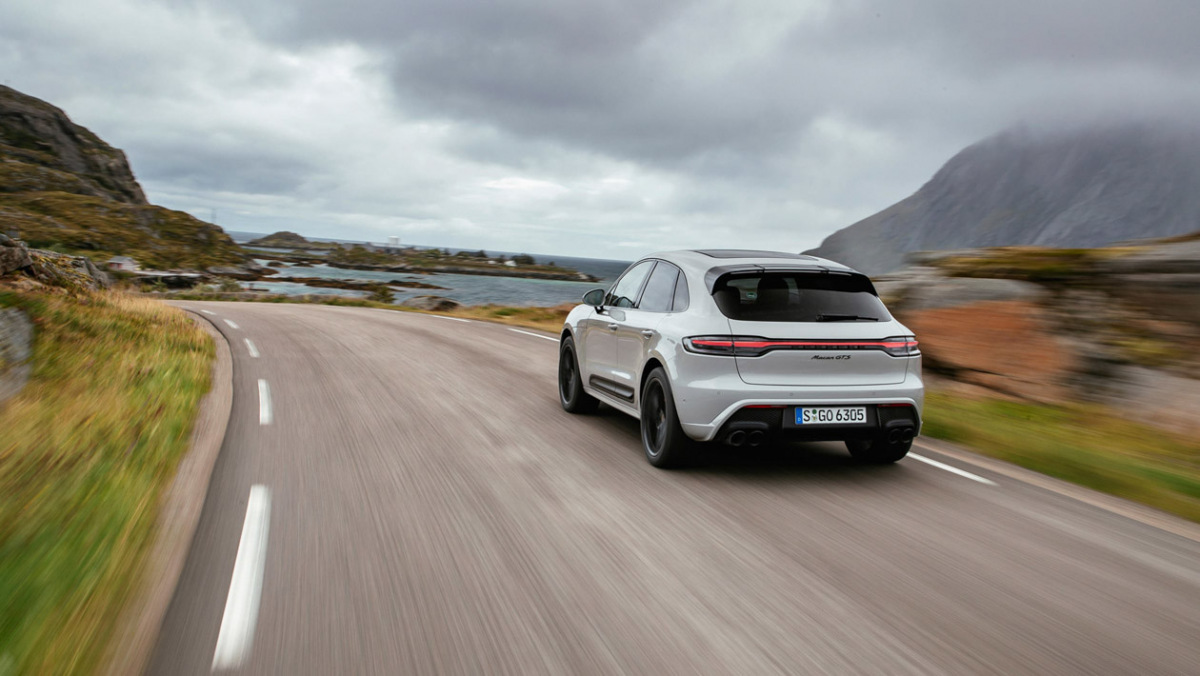 Porsche has already confirmed its next Macan will be an all-electric affair when it makes its debut late in 2022, which means the current turbocharged petrol models have already started saying their goodbyes, starting with this third and final facelift and a rationalising of the range.

Your choice is now made up from a pair of 2.9-litre turbocharged models and base 2-litre turbo four, making up Macan, Macan S and the GTS models. The latter replacing the previous 3.6-litre Turbo range-topper, being the same unit as found in Audi’s RS4 and RS5 models. Together with the tweaked engine range, all Macans also receive a sharper new design front and rear with the GTS getting a more aggressive look with faux diffuser at the rear and a carbon effect mesh set within the bumper inserts. There’s also new wheel designs and updated LED lights inspired from Porsche’s more expensive model lines.

There’s been a thorough reworking of the interior, too, mixing Porsche’s haptic control centre console with the firm’s latest 10.9-inch touchscreen infotainment system with some old school buttons still positioned on the roof. While the quality isn’t in question, the design does have the feel of being one to see the car out of production until its all-electric replacement arrives.

The rest of the car generates very little criticism. The Macan has always felt more of a hyper hatch than a crossover, and this latest GTS (the original was introduced in 2015) does nothing to quash those thoughts.

With 434bhp and 406lb ft the GTS wants for little in terms of performance. The V6 works best utilising its mid-range and flat torque curve, delivering a solid punch between 2,000-5,000rpm, with little to be gained hanging on for the 6800rpm redline. It does lack some of the character inherent in the old 3.6-litre V6 of the Turbo, feeling stretched in comparison and missing the benefits of the additional swept volume. It does the numbers though – 0-100kph arriving in 4.5secs – but there’s little to engage with. And it likes a drink too, we struggled to see more than low twenties when it came to fuel consumption.

Work with the engine’s twin-turbo torque delivery and it gels sweetly with the ratios packed into the seven-speed PDK gearbox, whose shifts are quick and decisive in auto mode, especially under heavy braking when you want the lower gear engaged and ready to go when you want it rather than when it thinks you do.

A small pair of paddles positioned behind the wheel allows you to shift up and down, but you can’t select a manual mode, so it will always default back to auto after a relatively short period of time if you haven’t selected a higher or lower gear. It feels very un-Porsche like.

How the GTS steers and throws itself down the road is pure Porsche, though. The electromechanical steering is neat and precise when you commit and there’s a cleanliness in what it does that allows you to position it on the road and through a corner with a level of clarity on a par with any four-wheel-drive hyper hatch.

The air suspension benefits from yet another generation of development, with a suppleness in Comfort mode that’s unexpected of a car equipped with a 21-inch wheel and tyre set and the compromises of being able to undertake some gentle off-roading brings. But it’s when you select Sport or Sport Plus that you experience and appreciate the level of development that has gone into the system.

No longer does the chassis crash and thump its way over poor surfaces in either Sport settings, nor does it constantly fidget. The damper’s Sport setting can be used every day and on pretty much every surface, which means you benefit from an increase in body control. Sport also beefs up the steering – more weight, no more feel – and sharpens the throttle to provide the V6 with more Porsche-like responses, quickening the gearshifts accordingly, too. It’s the setting that makes the GTS rise above its two regular siblings, with Sport Plus ramping it all up by a further 25 per cent.

In its two most dynamic and performance-orientated modes the Macan GTS is in its element. This is when it is at its sharpest, most responsive and involving, justifying its Porsche badge and GTS credentials and reminding you this is the closest Porsche will ever come to making a hot hatch.

Its 1960kg kerb weight is well managed, but ultimately works against when you begin to push it as you would, say an AMG A45 S. The steering doesn’t feedback to the level you hope for, the chassis tensing up as its Michelin Lattitude Sport 3 tyres begin to reach their capabilities. But let’s be honest, a Macan GTS isn’t bought first and foremost to chase Golf Rs and the suchlike across the countryside, that it can keep them honest remains an added bonus and strong appeal of this diminutive Porsche.

There are few rivals for Porsche’s Macan GTS, it’s $89,800 price tag sees to that. The closest is the more powerful, more playful and characterful Alfa Romeo Stelvio Quadrofoglio, but you’ll pay $100,159 for the privilege. Mercedes-AMG’s GLA 45 will cost you the same as the Porsche give or take a few quid, but if it’s an AMG badge you’re after we’d go for the $70,115 A45 S and worry about the ground clearance later.