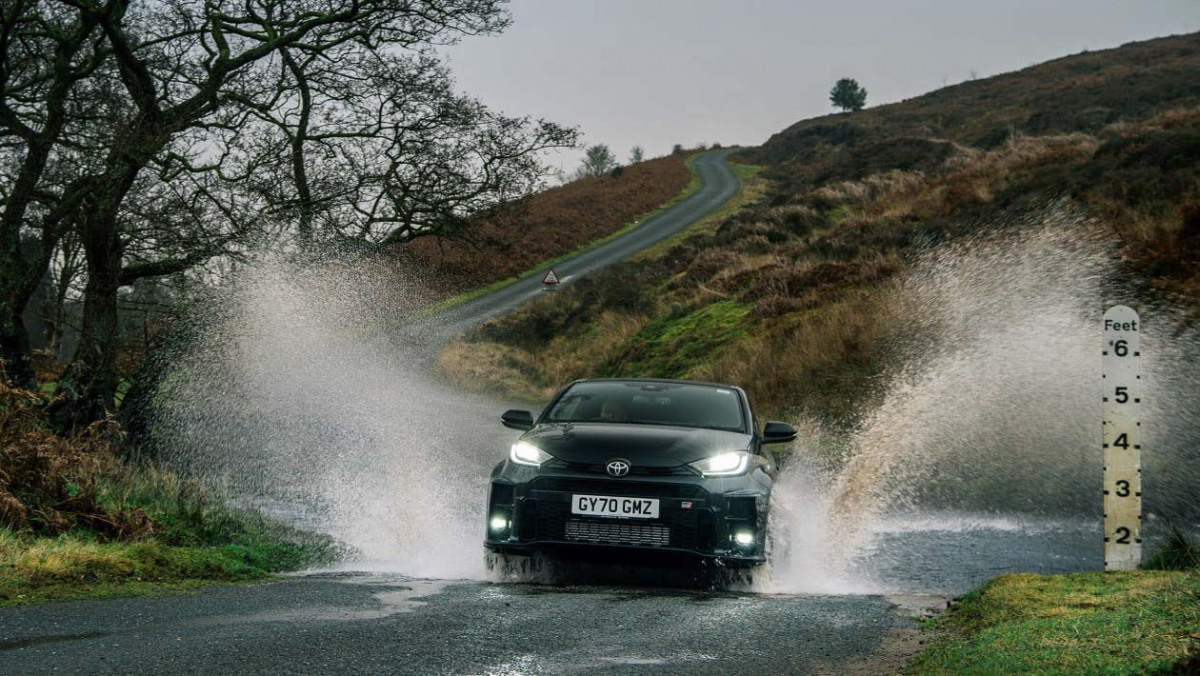 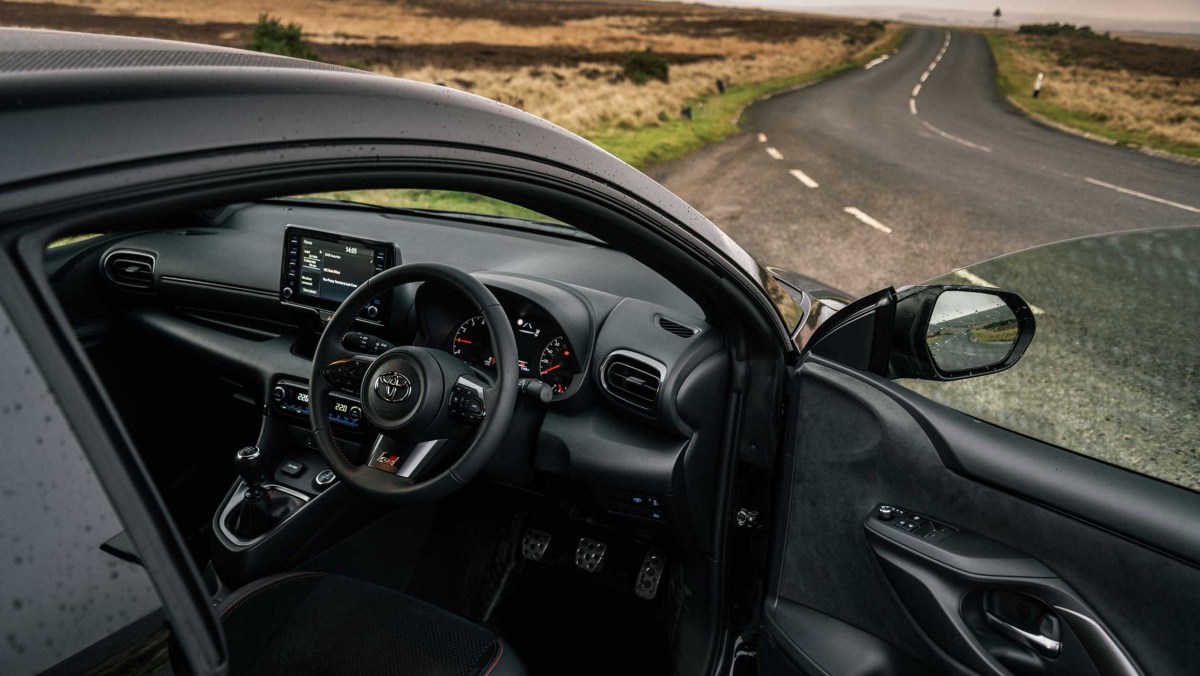 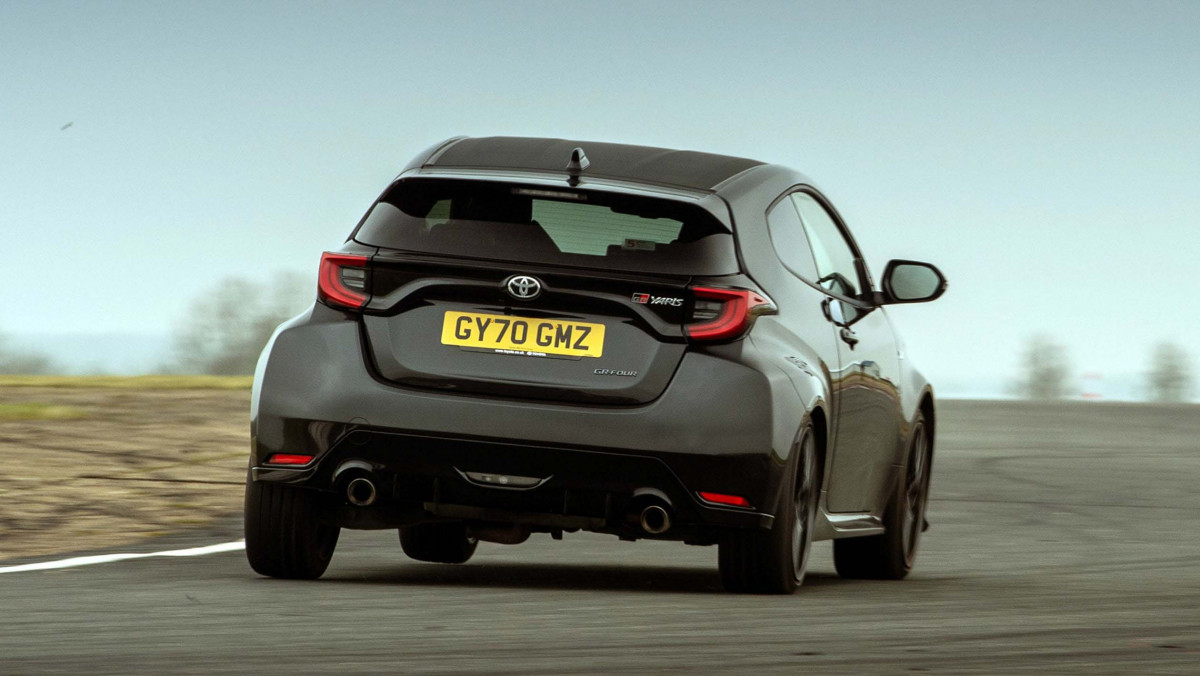 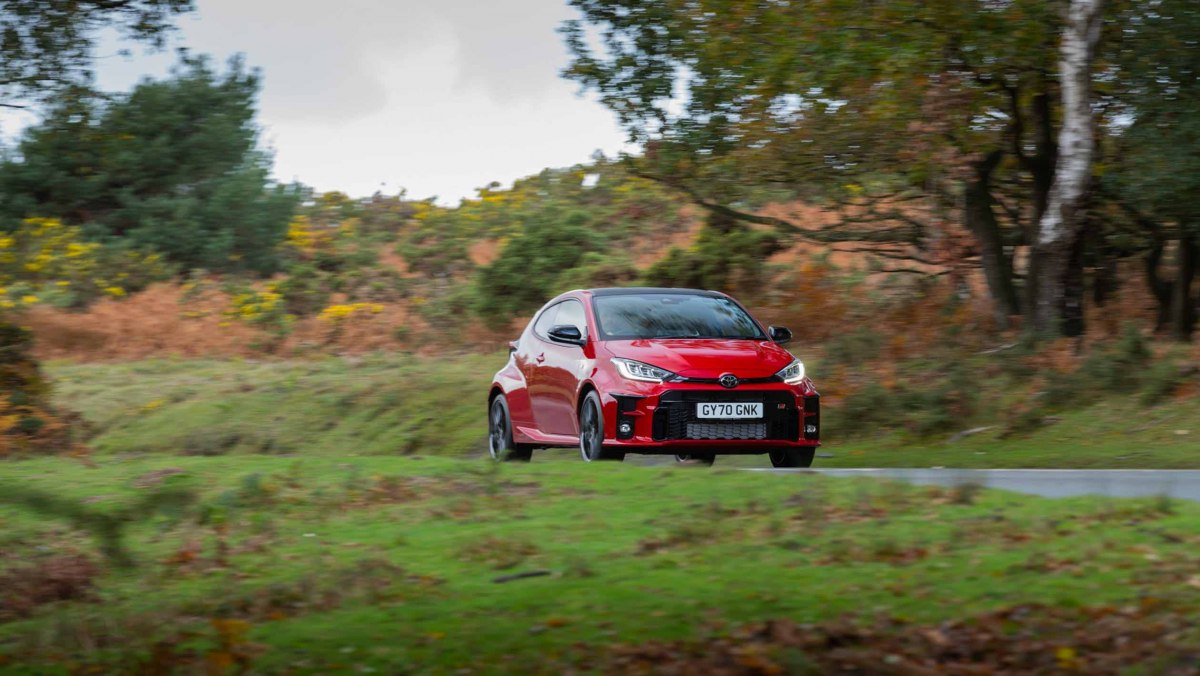 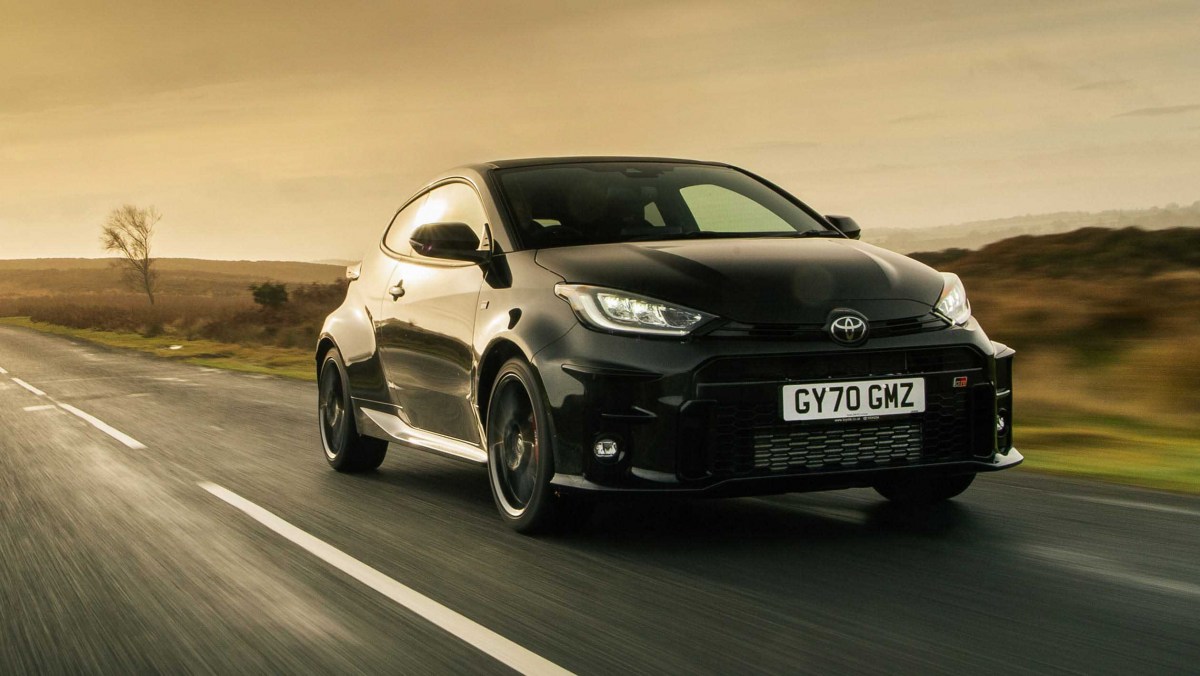 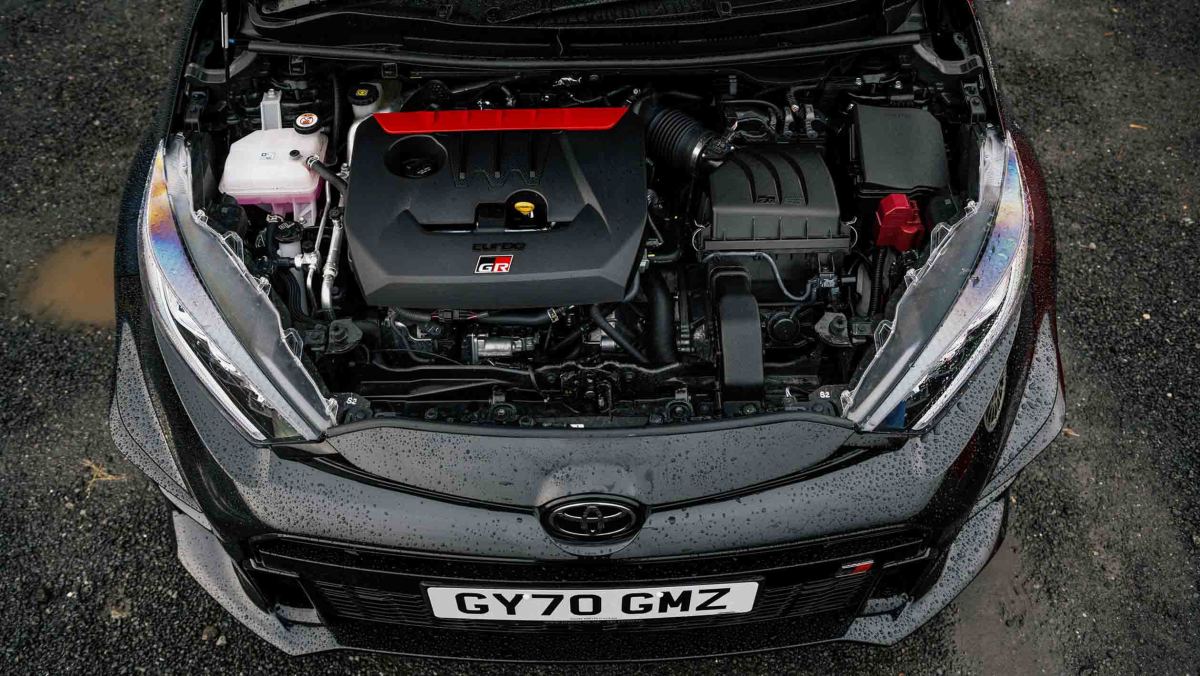 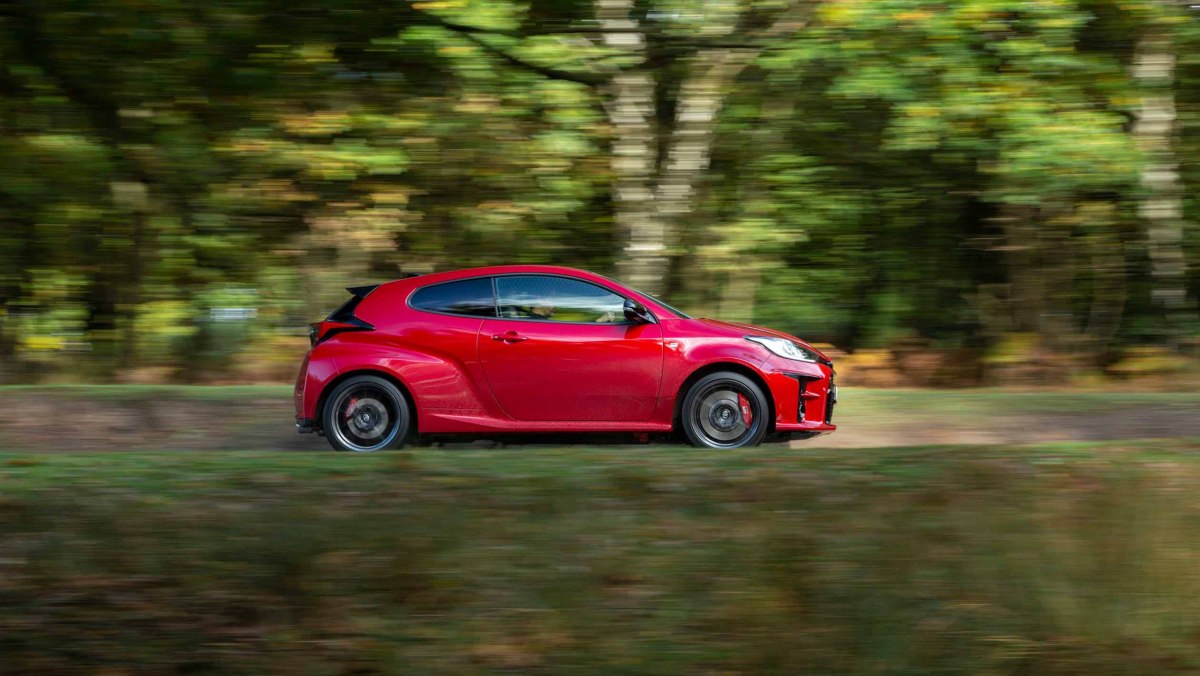 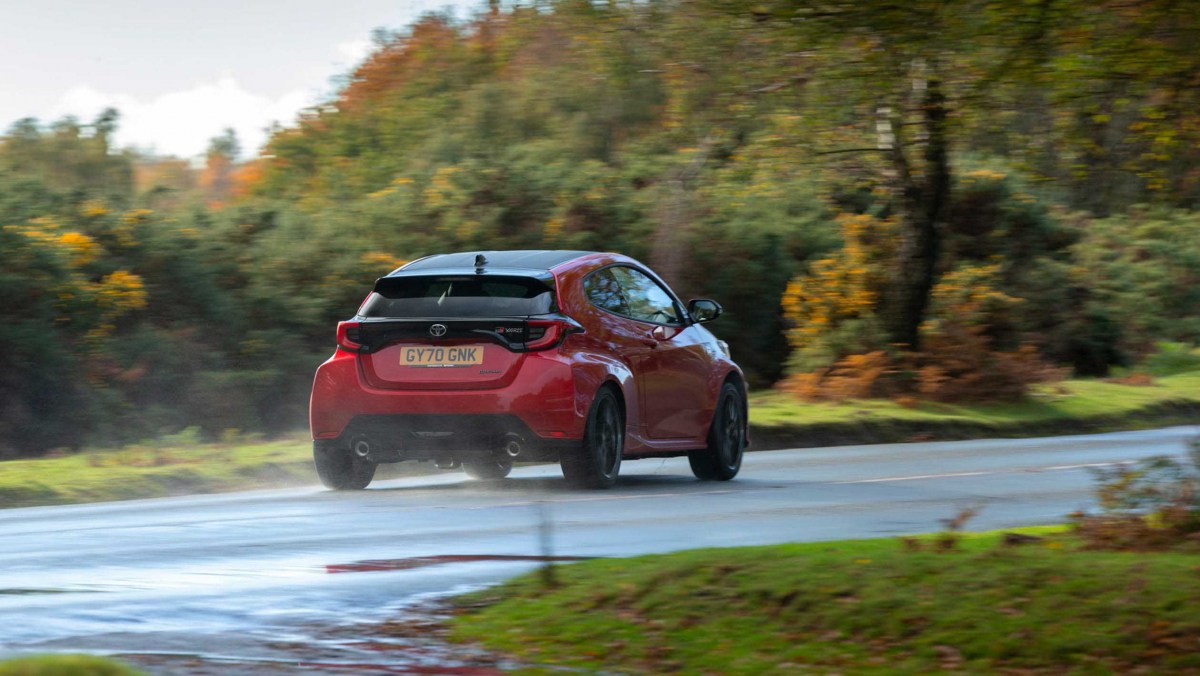 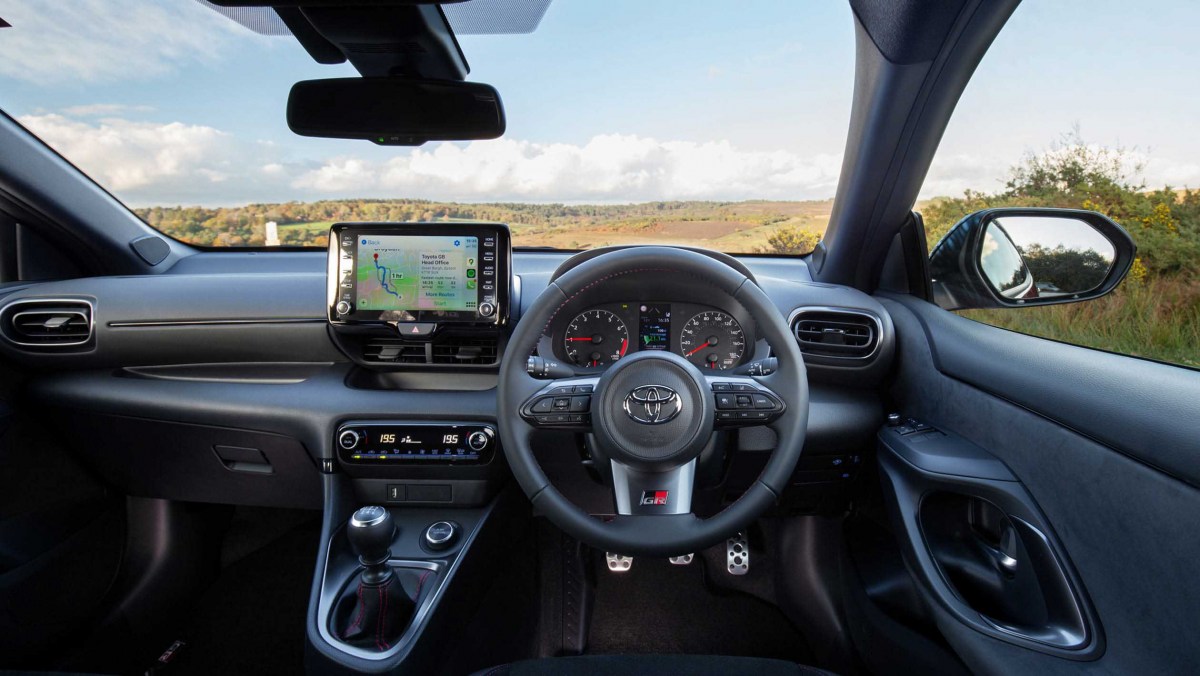 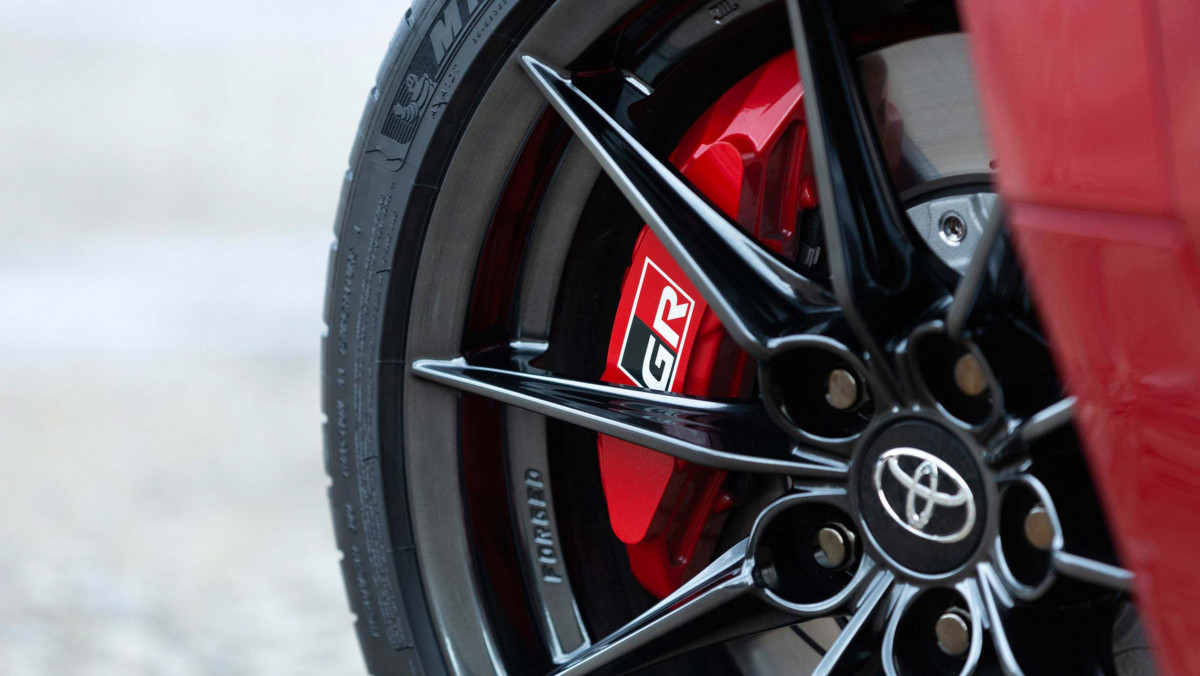 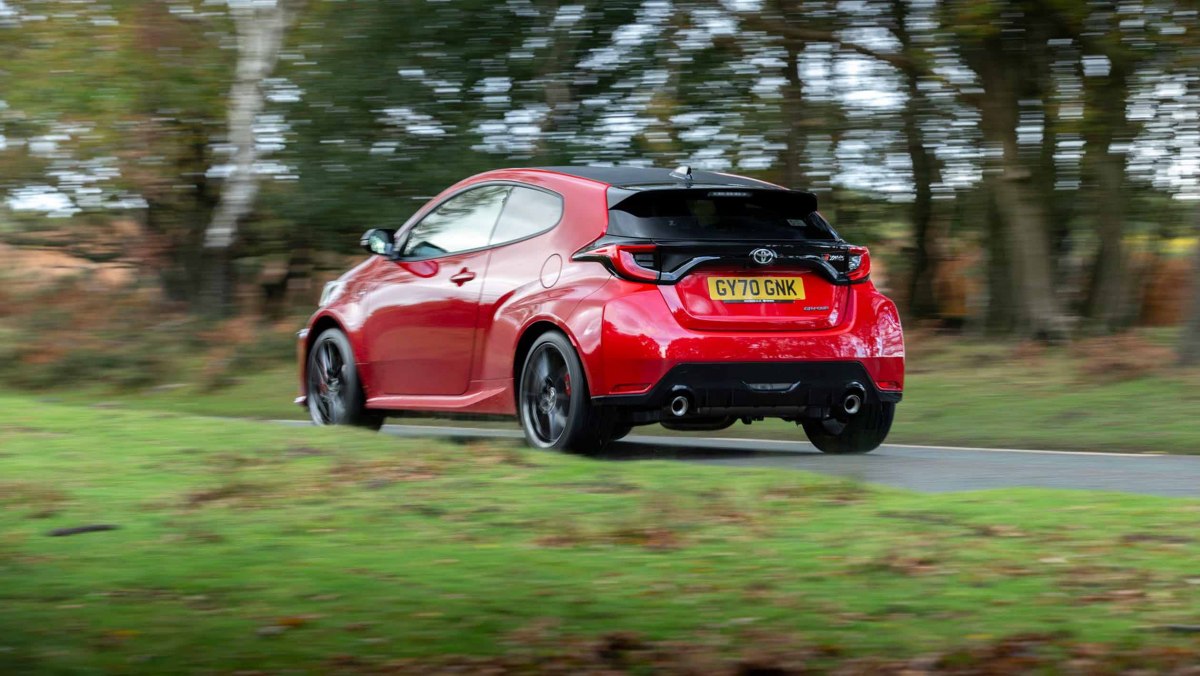 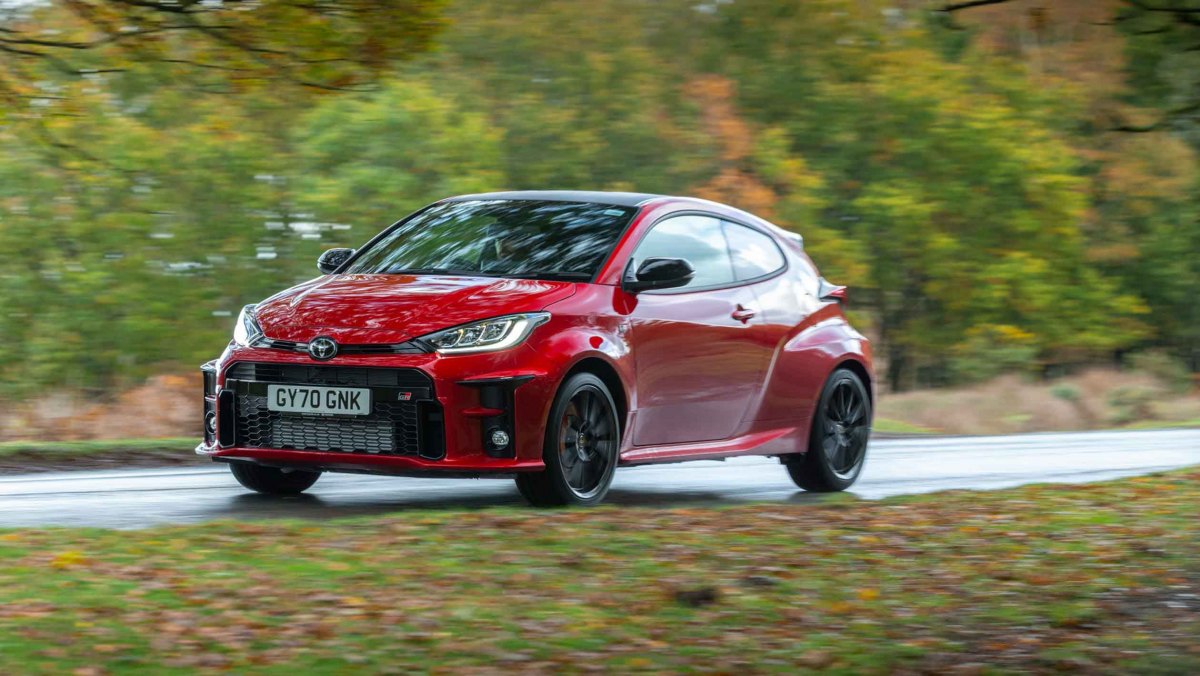 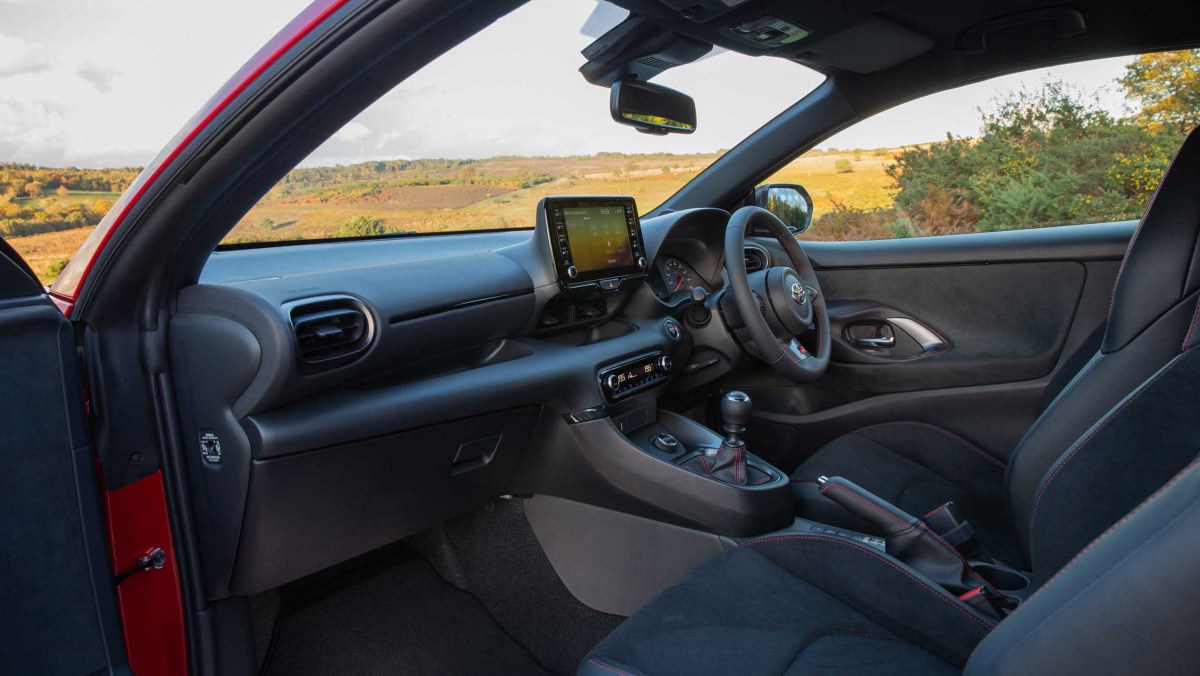 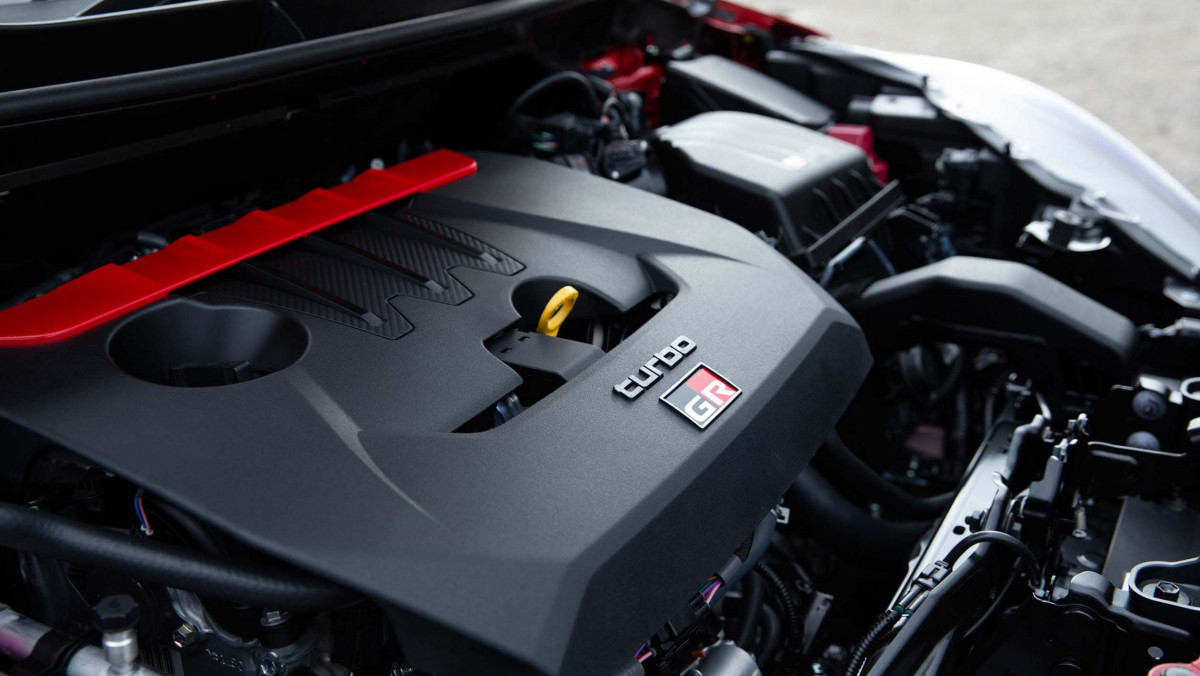 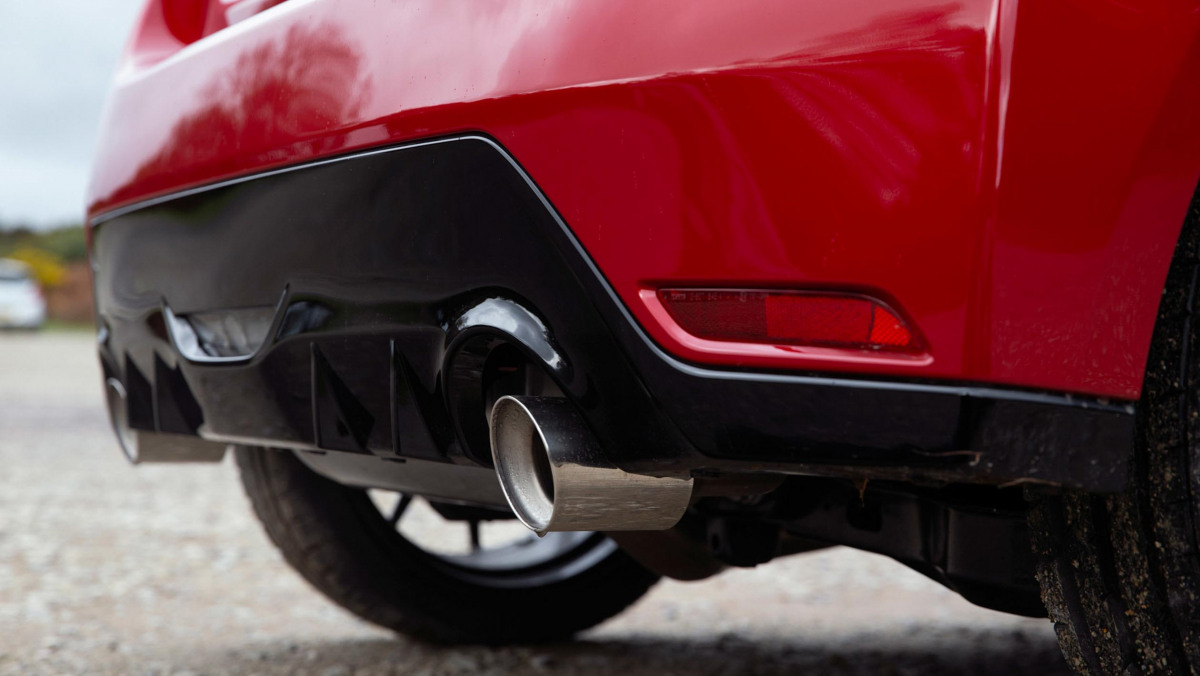 We can’t think of a modern performance car that has generated more hype surrounding its arrival – and has lived up to it. The Toyota GR Yaris has defied critics and shaken this weight off its shoulders with a truly unique driving experience that’s as exciting as we all hoped it would be when we saw its stout little body for the first time in 2019.

This instant success is compounded by many of its talents, but few resonate more than the fact it’s a – relatively – affordable performance car not created solely on the basis of a marketing plan, or to lower a meaningless lap record around a given circuit, but to serve as the ideal base from which to mount a top-flight motorsport campaign. The Toyota GR Yaris is a true homologation special in the most literal sense.

This approach has given us some of the most revered evo cars of all time, from the Ford Sierra RS Cosworth to the Porsche 993 GT2, and so many more. And it’s one that (thankfully) resonates with buyers, with demand far outstripping supply across Japan and Europe, creating lengthy waiting lists and values that continue to rise over and above the list price.

The GR Yaris is available in three flavours: base ($41,215), Convenience Pack ($44,208) and Circuit Pack ($46,020). Mechanically, the first two are identical, with the Convenience Pack car building on the interior specification with integrated satnav, a larger JBL stereo, head-up display and parking sensors. Circuit Pack cars don’t share these interior upgrades, instead bringing those key changes under the skin that make best use of the GR’s sweet little chassis. These include larger brakes, forged Enkei wheels with Michelin PS 4 rubber (Dunlops are standard), a stiffer suspension tune and a locking differential on both axles.

Direct rivals are varied, with no hot hatchback matching the GR in size, performance and price point. The current king of the supermini hot hatchback is the Ford Fiesta ST, which even in ST-3 guise is still cheaper ($33,746) but down on power and front-wheel drive only. The more expensive Edition model ($39,499) is worth the extra cash on account of its vastly improved coilovers and lighter flow-formed wheels, and also feels just that bit more special with bespoke paintwork. The new $34,316 Hyundai i20 N is also a key rival from below. It’s brilliantly involving and feels more substantial on account of its extra kit and N’s typical driver-mode mellay.

At the other end of the size spectrum is the Honda Civic Type R, which is comparable to the Toyota on price but a very different – if equally impressive – car in character.

In theory 0 to 100 per cent of the torque can be sent to the front or the rear, but in reality there are three modes to choose from. Normal equates to a 60:40 torque split with a front bias, Sport flips that with a 30:70 split, and Track is 50:50.

There’s so much to say about the technical make-up of the GR Yaris, but the short version is that the body shares only its front and rear lamps and its door mirrors with the regular Yaris. Yes, it may be a small, three-door (hurrah!) hatchback, but the GR is a very special piece of kit designed specifically for the intended job.

There’s a carbonfibre roof, aluminium bonnet and doors, and numerous engineering solutions designed to make this Yaris the ideal basis for a rally car, whether in the top category of the sport or the WRC2 class.

The punchy engine and four-wheel drive together enable the GR Yaris to reach 100kph from rest in just 5.5sec. Top speed is an electronically limited 228kph. When viewed purely in isolation, the three-pot engine’s vital stats don’t look that spectacular, even if the GR Yaris is admirably light (1280-1310kg, depending on specification) given the amount of technical content crammed into its small body. And if your only experience of a three-cylinder engine is a 1-litre Ford EcoBoost unit, you may be wondering if a triple can really cut it at this level.

Any such concerns are banished the moment you get the GR Yaris moving. Its engine is gutsy low down, but then really enjoys revving, and the subsequent surge of power throws the little car along at an amusingly rapid pace.

In reality it feels much stronger than the figures suggest; with the benefit of complete traction not a single one of those turbocharged horses is wasted, and the performance is further boosted by some nicely stacked gear ratios that aren’t too long.

When up and running, it’s immediately clear that the GR Yaris gets its pace not just from that energetic engine, but because in true rally homologation special style it worries not a jot about the surface beneath its wheels. Ridges, compressions and broken asphalt are dismissed with barely a thought, the car charging onwards towards the next challenge without hesitation. Grip levels on the Circuit Pack version’s Michelin Pilot Sport 4 S tyres are very high, and only occasionally does the damping struggle on a particularly tricky bump.

Unlike a front-wheel-drive hot hatch, such as the current Fiesta ST, the four-wheel-drive Toyota’s cornering repertoire is much more three-dimensional. A corner isn’t about simply getting the front to turn in and then managing traction on the way out, rather the Yaris will rotate and then power through, the primary objective for the driver being to see just how early they can get on the power.

The answer, often, is even earlier than you thought. Perhaps the Yaris could be more aggressive still at the front end, for as it stands it’s much closer to an old Subaru Impreza than a Mitsubishi Lancer Evo in character, the steering lacking just that last degree of clarity on turn-in and the car favouring outright traction over hyper-agility. For many, this will be the perfect solution, but for those looking for something wilder still perhaps there’s room for a more aggressively set-up model in the future…

A side effect of having so much performance and short gearing to access it is that despite its economy car cylinder count, each uses a quite astonishing amount of fuel. Official figures suggest as much as 8.2L/100km is possible, but over the life of our long-termer we averaged a stunning 11L/100km over six months of admittedly, erm, full use.

The performance to consumption ratio doesn’t feel out of whack, mind, because as mentioned above, the GR is insatiably quick across the ground.

What reinforces a feeling of thirst is the tiny fuel tank; concentrate hard and you can almost see the needle drop under acceleration. Other than fuel use, though, Toyota’s usual reliability factors ring true, with our six months coming with not a single unforeseen cost – it even held on to its rubber despite multiple track days over some 8000 kilometers.

The GR’s interior is a two-sided conundrum, with brilliance and blatant compromise in one small package; let’s explain. Firstly, and most unusually for a Toyota, the interior’s packaging is heavily compromised due to its bespoke body. By this we don’t only mean the rear seats are tight and the boot is small, which they are, but there are some other oddities such as the tiny gap to look through the windscreen between the rear-view mirror and top edge of the screen, and the front seats are set far too high, even for short drivers.

Yet despite this, Toyota has focused on other elements that feel absolutely right, such as the high-mounted gearlever which sits higher than in a normal Yaris, falling to hand almost perfectly. The pedals are well placed for heel-and-toeing, plus the steering wheel itself is thin-rimmed and feels just right in the hands.

Toyota has also made other key changes where it counts, such as its dial set which is bespoke to the GR – and by this we don’t mean a different font, but a fundamental change from the highly unattractive digital set found in normal Yarises to a clean and clear analogue set-up with white-on-black graphics and red needles. It’s this detail-level of thought that’s found throughout the GR Yaris, making it feel like a real passion project, rather than something thrown together.

The GR Yaris’s bespoke nature is exemplified by its exterior design, as despite sharing lighting and door mirrors with the standard Yaris, it looks as specialised on the road as any motorsport derived GT3 or McLaren special. Beyond just lacking rear doors, the GR Yaris’s key difference to its more pedestrian cousin is the lowered roofline and shorn rear end, giving the GR some brilliant angles and far more aggression.

This is played on by an even wider set of arches front and rear, with a front end that looks like it’s been taken straight out of a JDM tuner’s styling catalogue. Sure, there are some odd angles and weird lines, but the effect looks as loco as the driving experience, and all without additional wings and aero devices that we’re sure will eventually appear in future iterations.

The overriding feeling with the GR Yaris is that it’s something really quite special. A fantastic narrow-minded focus on performance and driver engagement permeates every bit of the GR, and its design does nothing to erode that. 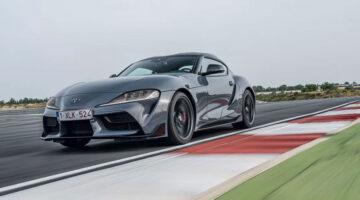 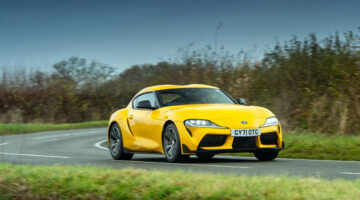