Ford’s fast Focus ST will pick up the same updates as the rest of the range, but does without chassis tweaks 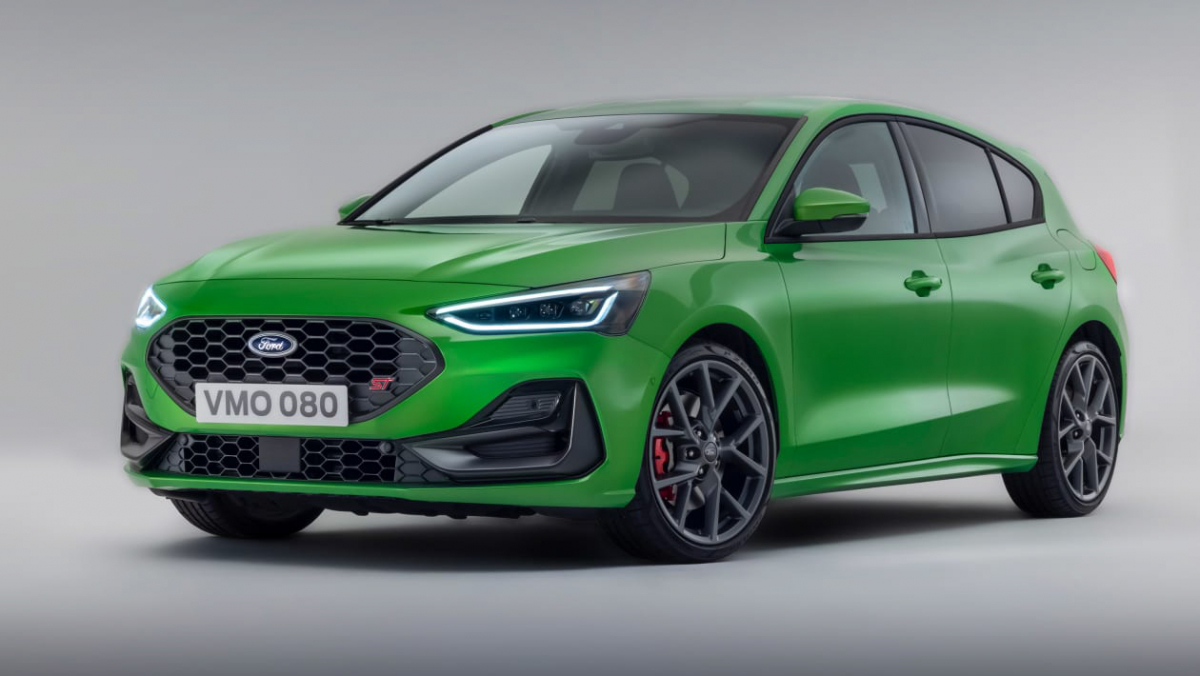 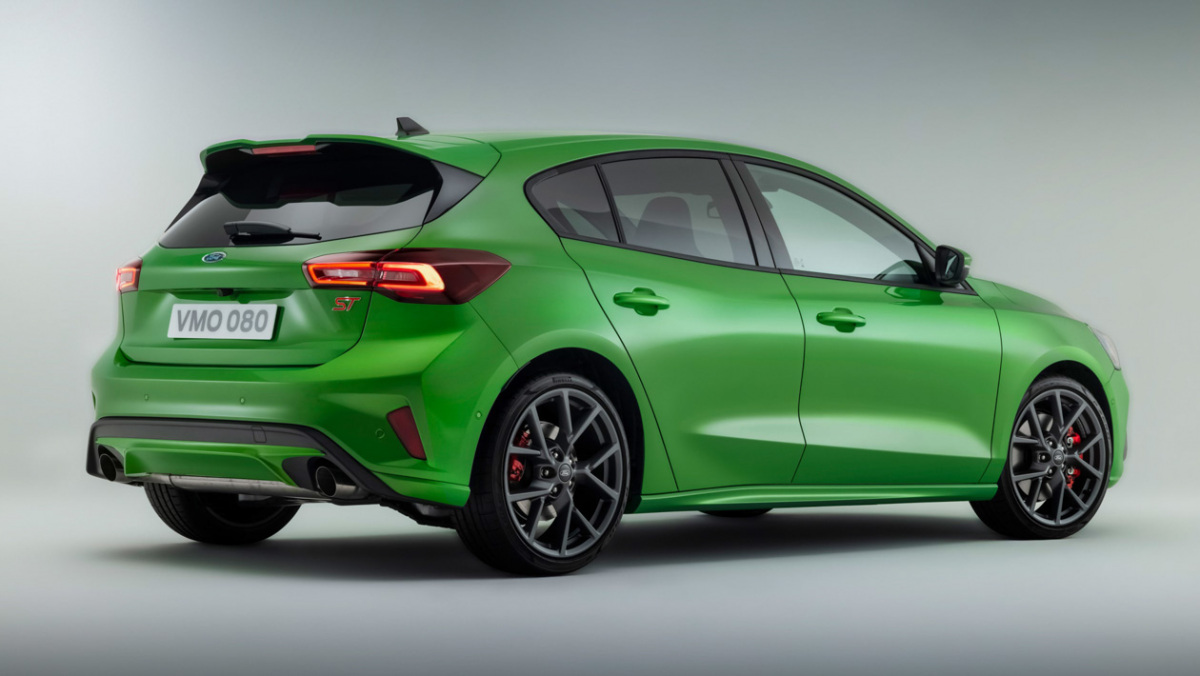 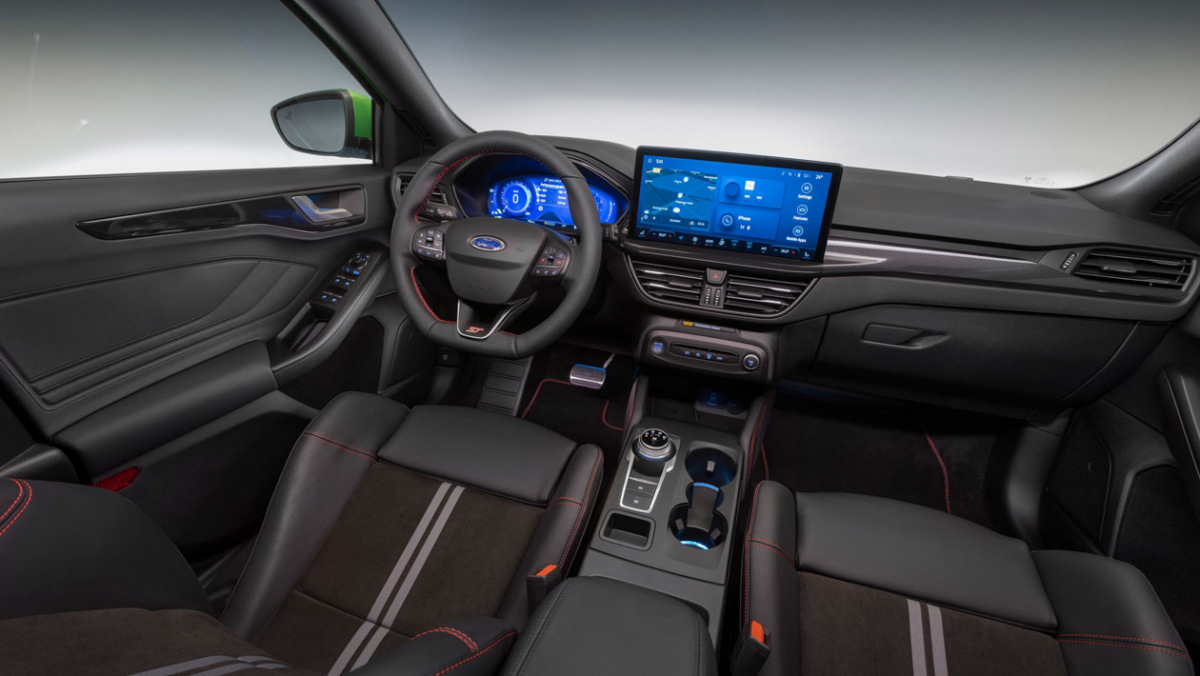 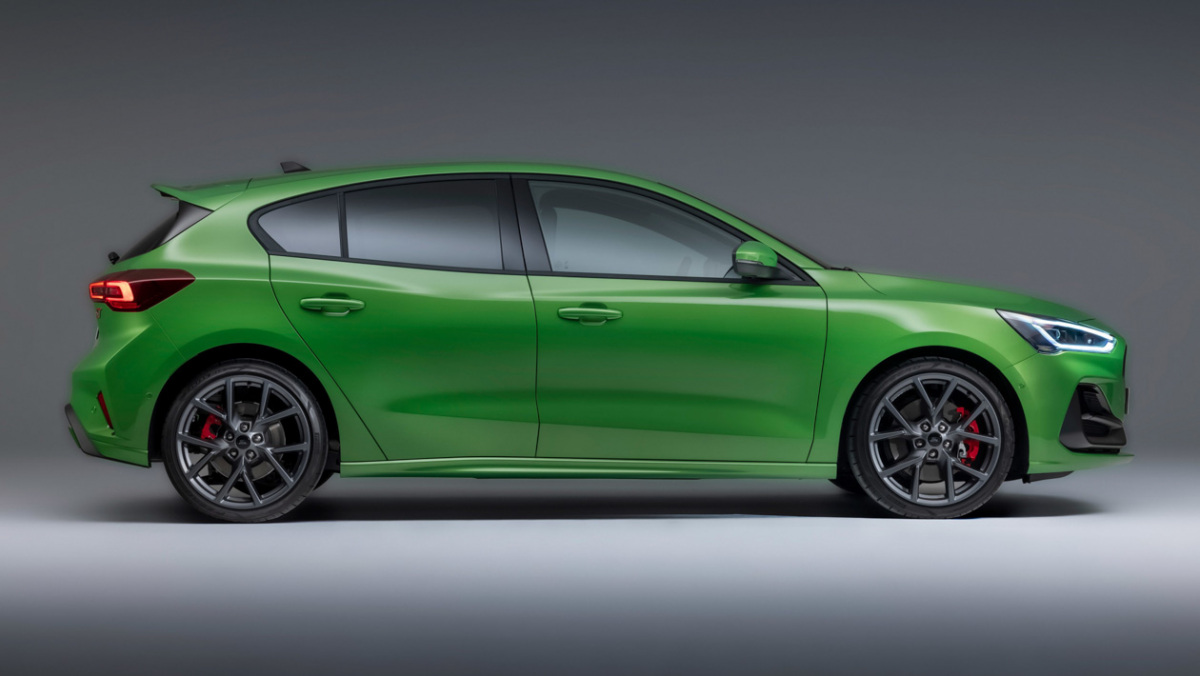 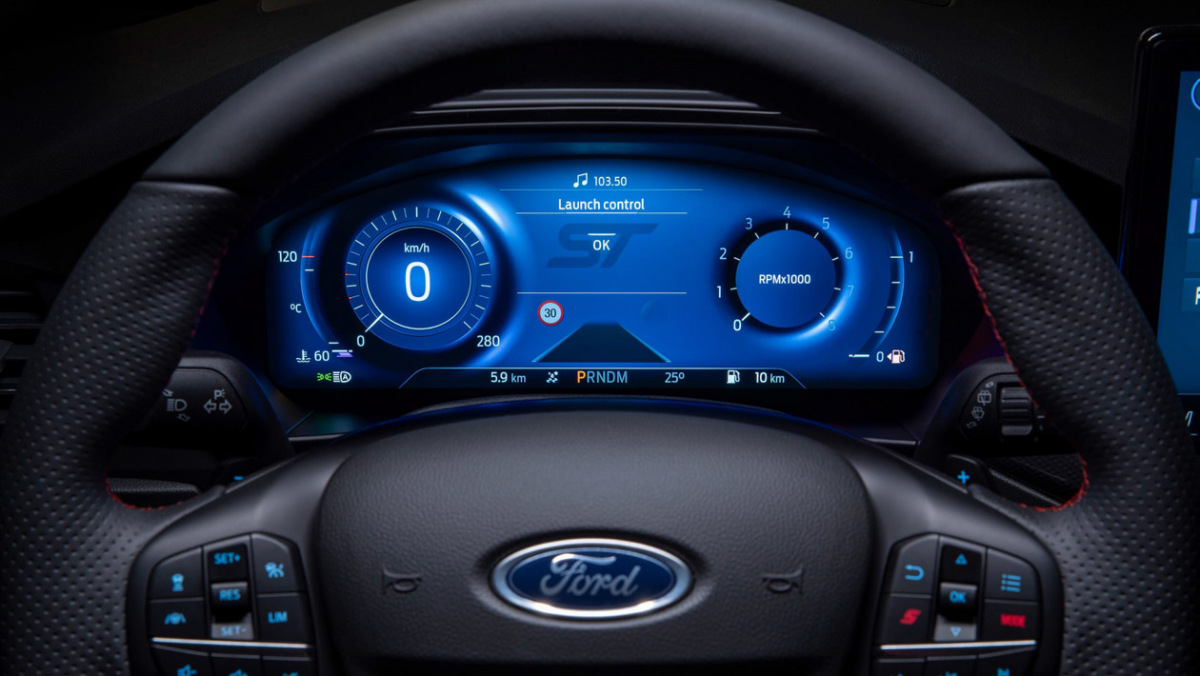 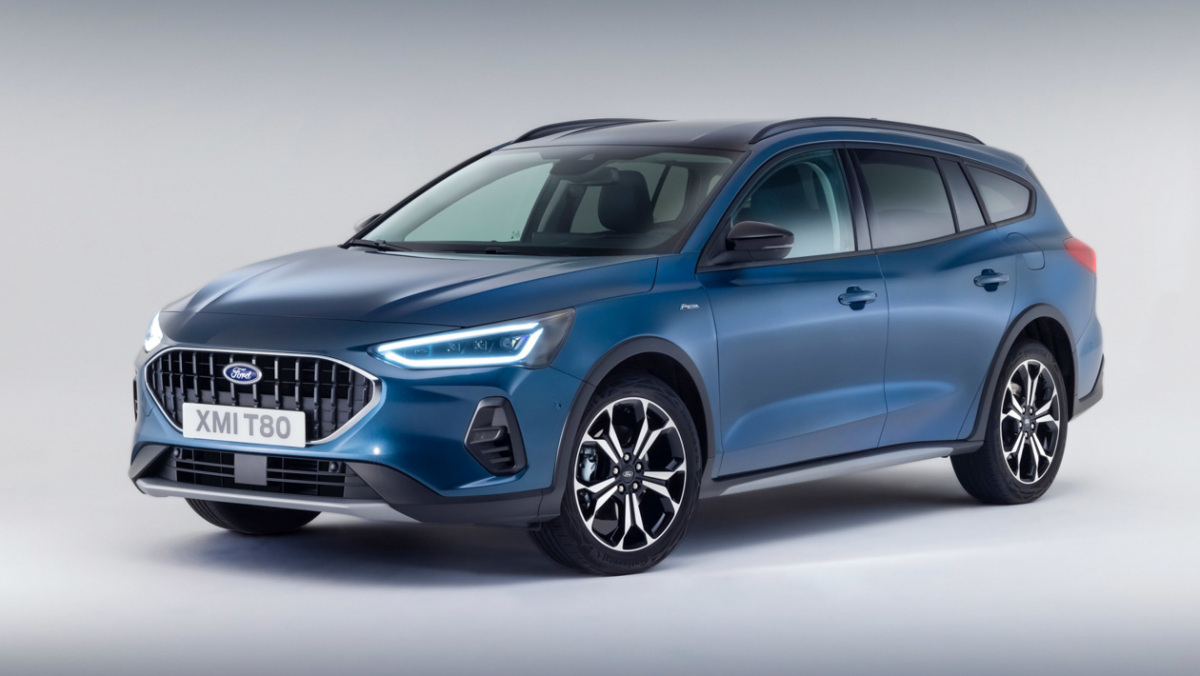 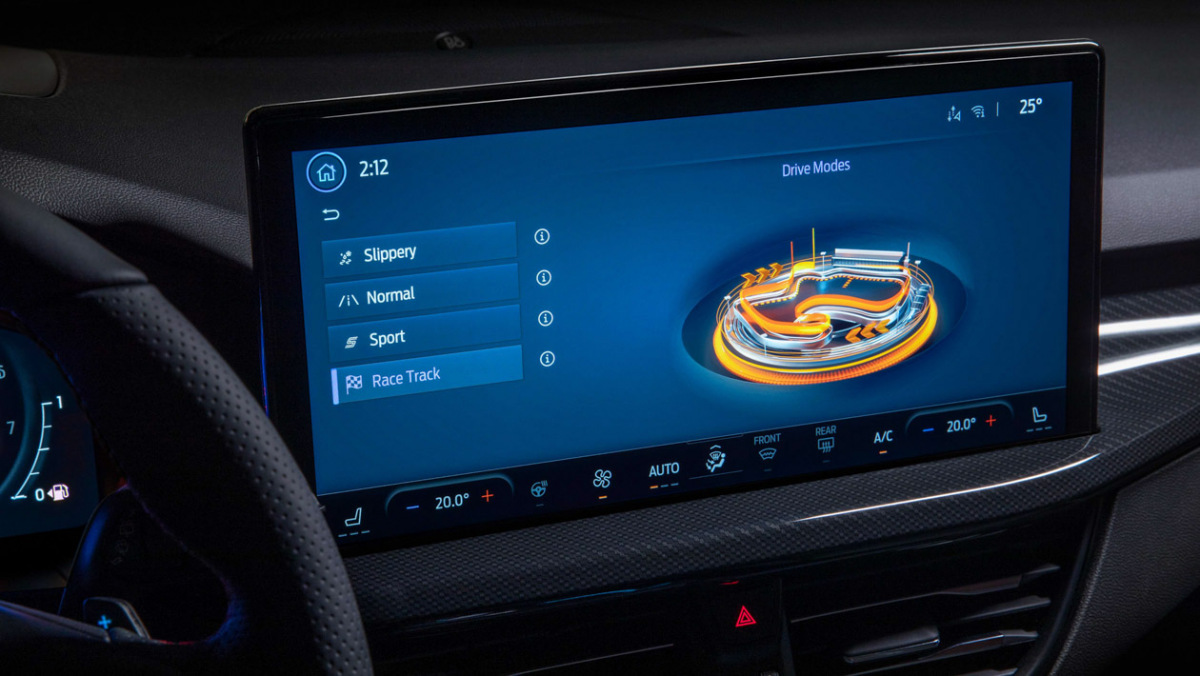 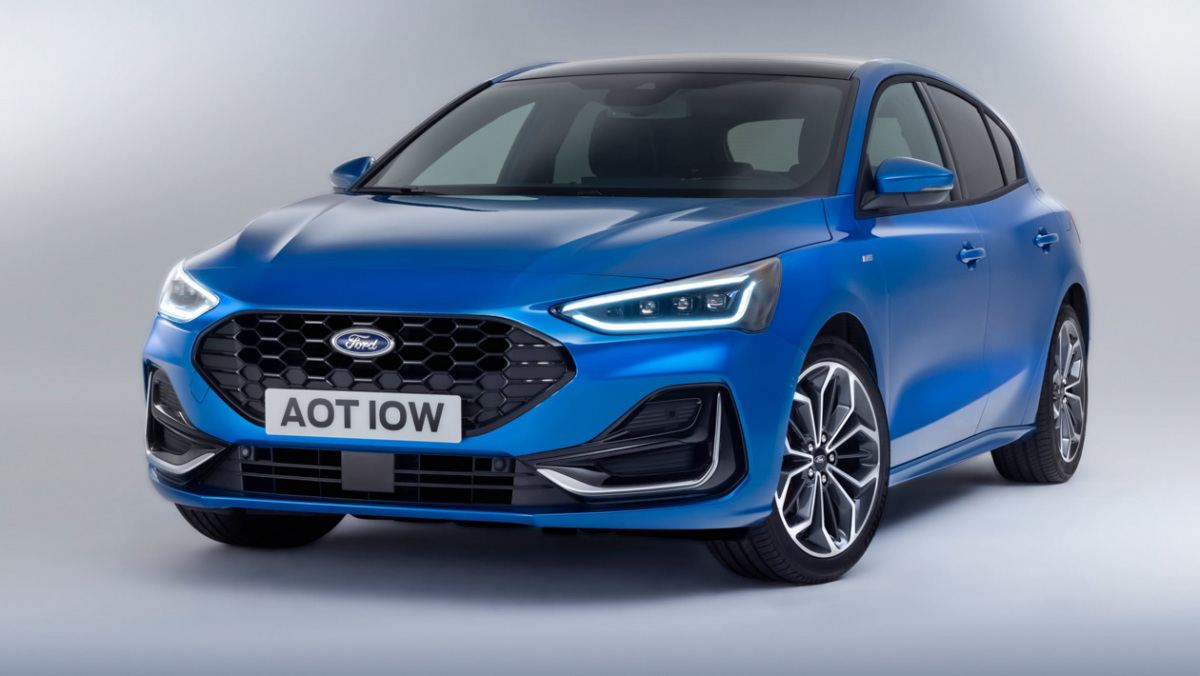 An updated version of the Ford Focus ST has been revealed, packing a subtle set of styling tweaks and a big upgrade in tech and interfaces inside the cabin. This corresponds to a wider update across the Focus range, but it’s the ST we are most interested in, which will come with the same combination of petrol and diesel options with both manual and automatic transmissions.

The visual changes outside are the first change, with new slimmer LED headlights and Ford’s new grille shape introduced to align with its new corporate look. While this change looks rather dramatic, only the front lights and bumper have been changed, with the existing bonnet and front wings cleverly integrated into the new design.

At the rear Ford’s replaced the outer section of the rear lamps to create a new lighting signature, but it’s otherwise unchanged, so too the 19-inch wheel design, side skirts and roof spoiler. What is new, however, is yet another application of Ford’s arresting Mean Green paint finish, first seen on the Puma ST and more recently the Fiesta.

The cabin’s changes are more digital, with a dramatic new touchscreen and the latest Ford SYNC interface. As well as being wider, it also now integrates full control of the air-conditioning function, cleaning up the lower dash. This has a couple of effects beyond reducing the physical button count, opening up more centre storage that hides the wireless charging pad.

All ST models will also feature new Ford Performance bucket seats that replace the previous (and excellent) Recaros, and the entire interior now features a more liberal application of contrasting red stitching, all of which usefully lifts the ambiance a notch or two.

Ford has not confirmed whether the new ST has picked up any changes or upgrades to the chassis, but the underlying combination of a 276bhp 2.3-litre four-cylinder engine and six-speed manual transmission remain as the core combination, buoyed on by a twin-scroll turbocharger and aided by an electronically controlled limited slip differential. Ford still offers an automatic option for the ST too, utilising a seven-speed torque converter in contrast to the powershift dual-clutch of lesser models, with Ford’s small rotory selector and paddle shifters on the steering wheel.

A 187bhp diesel variants is also still available, as well as a wagon body style in any combination. There will be a new X trim available, which will incorporate adaptive dampers, an extended Race driver mode, 19-inch wheels (18s are otherwise standard) and matrix-style LED headlights.

What’s not been fitted, however, are the new manually adjustable coilovers fitted to the recently revealed Performance Edition, nor the lighter flow-formed wheels or exclusive body colour. Prices for the new Ford Focus start at $30,878, rising to $46,574 for the ST.