Nine of the most awesome finishes we have ever seen in motor racing.

By now you’ve probably seen the final 12 minutes of the 2014 Bathurst 12 Hours (and if you haven’t, check it out HERE and catch us up). With winners Craig Lowndes, John Bowe, Mika Salo and Peter Edwards in the Maranello Motorsport Ferrari 458 separated by just 0.4s from second-placed Maximilian Buhk, Thomas Jaeger and Harold Primat in the HTP Motorsport Mercedes-Benz SLS AMG GT3 after a phenomenal scrap, the finish at Bathurst is being hailed as one of the greatest in GT history. And that’s not just because John Hindhaugh is jumping up and down in his chair.

Naturally this got us thinking about other epic motorsport finishes. Is this THE definitive list of motorsport finishes? No. We’d need a much longer feature and several days off work to work out, officially, the best finishes in motorsport history. So instead, we bring you nine finishes that have stuck with us over the years, have raised our heart rates in the heat of the moment, and have left us standing in the living room screaming at the TV.

Young upstart Juan Pablo Montoya had already secured the CART championship in his rookie season (1999) and the Indy 500 one year later for Chip Ganassi Racing, but for us the 2000 Michigan 500 stands as the race that defines the Colombian’s fighting spirit. INSANE finish against US giant Michael Andretti that still gives us goosebumps to this day.

And yes, good spot, that is Mr BBC F1 Ben Edwards on commentary.

Source – jdh919 and Correio Do Povo 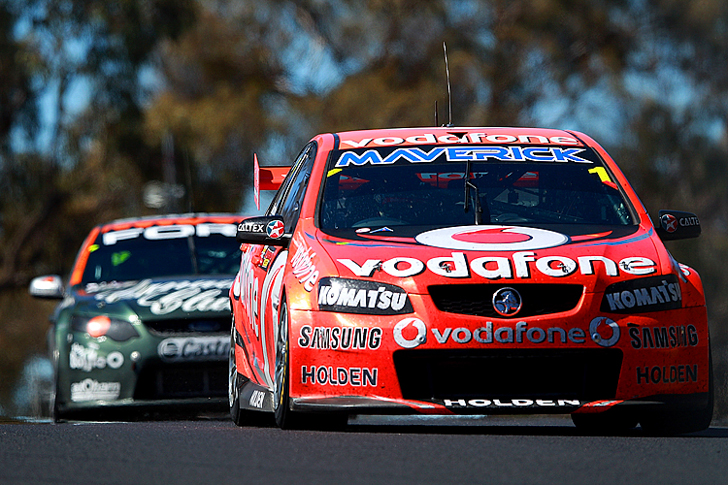 One year earlier, fan favourites Garth Tander and Craig Lowndes had the grandstands on their feet, the Holden Commodores crossing the line just 0.3s apart after a sensationally close finish. Few dared hope, let alone expected, that the 2012 race would offer a similarly close run on the mountain before new technical regulations appeared in 2013.

Jamie Whincup or David Besnard? “Win it or bin it”.

Source – RealtimeV8s and The Epoch Times 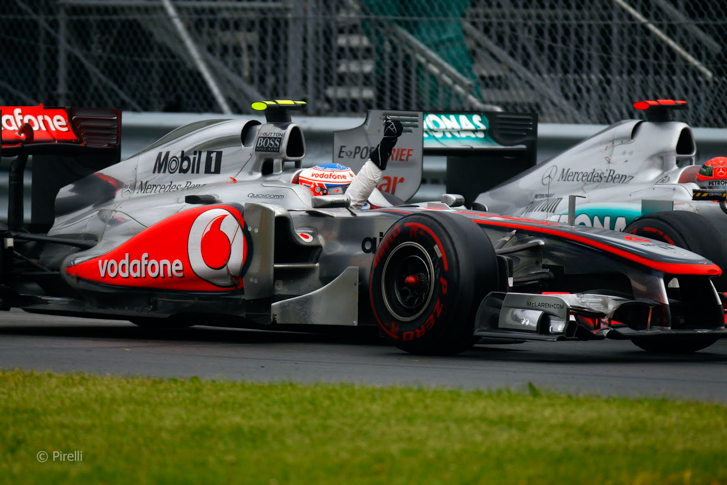 For grandstand Formula 1 finishes, Lewis Hamilton’s 2008 championship decider in Brazil takes the biscuit, no questions asked (unless you’re Nigel Mansell or Aryton Senna circa 1992). Erstwhile McLaren teammate Jenson Button though proved he could have British F1 fans jumping up and down on the sofa after his recovery drive from the very back of the field in the 2011 Canadian Grand Prix. At a time when the Sebastian Vettel/Red Bull Racing steamroller was starting to gain momentum and interest in F1 was beginning to take a dive, this barnstorming finish came completely out of left field… 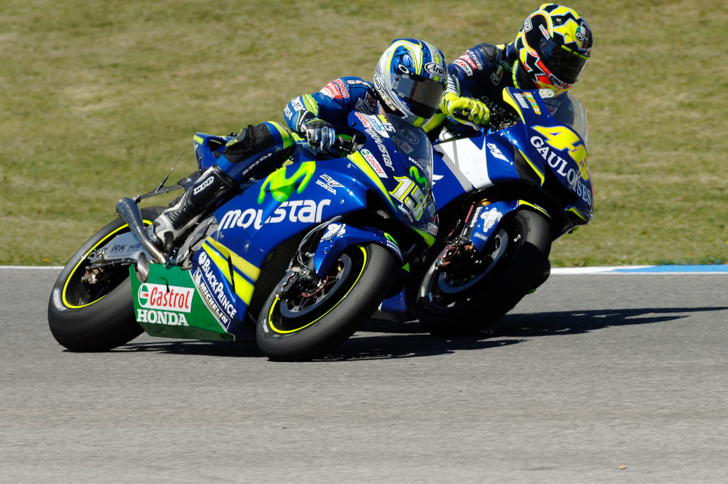 The rivalry between Sete Gibernau and Valentino Rossi stands as one of MotoGP’s most heated rivalries. Whether ‘the curse’ was truly set in motion Qatar in 2004 – a weekend in which allegations of cheating were thrown back and forth and the pair’s relationship was further soured, after which Gibernau never won in MotoGP again – is up for debate. So too is the controversy surrounding ‘that move’ by Rossi on Gibernau at the 2005 Spanish Grand Prix

The commentary may be in Spanish, and the winner may be Italian, but it’s hard not to love their reaction. 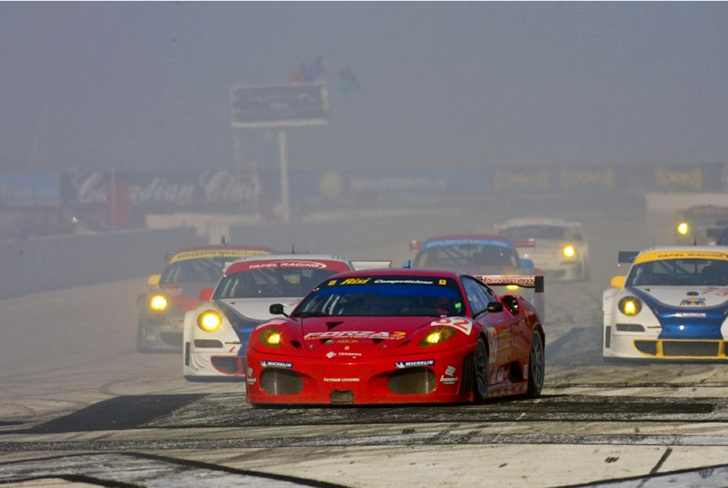 You’ve got to feel a little sorry for Marco Werner, Emanuele Pirro and Frank Biela, a brilliant drive to win the 2007 12 Hours of Sebring for Audi completely overshadowed by the dash to the flag in the GT2 class. Jaime Melo in the Risi Competizione Ferrari F430 GT and Jorg Bergmeister in the Flying Lizard Motorsports Porsche 997 GT3-RSR duel it out through the darkness as the Speed commentary team go mental. 12 hours of racing, decided on the final corner… 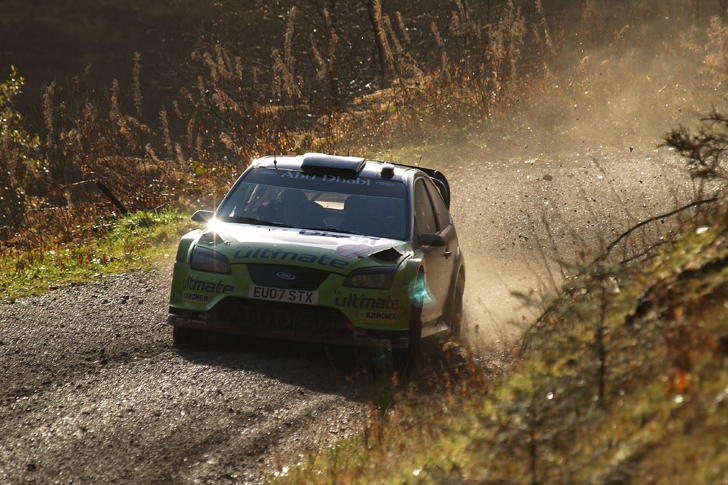 Few men went toe-to-toe with Sébastien Loeb and came out on top during the nine-time World Rally Champion’s heyday. Marcus Gronholm, a two-time WRC champion in his own right, was keen to prove in his last full WRC season that he still had the speed to topple the king. The closest finish in WRC history in New Zealand (0.3s, a record beaten only by Sébastien Ogier’s victory on Rally Jordan four years later) proved a fitting final victory for the great Finn. 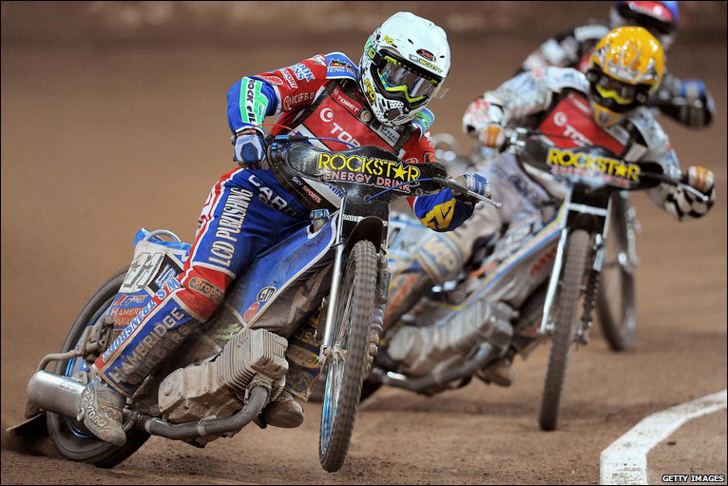 A two-wheeled rarity for crankandpiston.com, but the grand final of the 2007 Speedway Grand Prix at Cardiff remains amongst the most nail-biting our deputy editor has ever seen. In the blue helmet, British hopeful Chris Harris on home soil gunning for his first ever Grand Prix victory. In the white helmet, fan favourite and 1997 World Champion Greg Hancock keen to maintain his championship lead. Four laps, no brakes, everything on the line. The tension is unbearable: James still can’t watch this race sitting down… 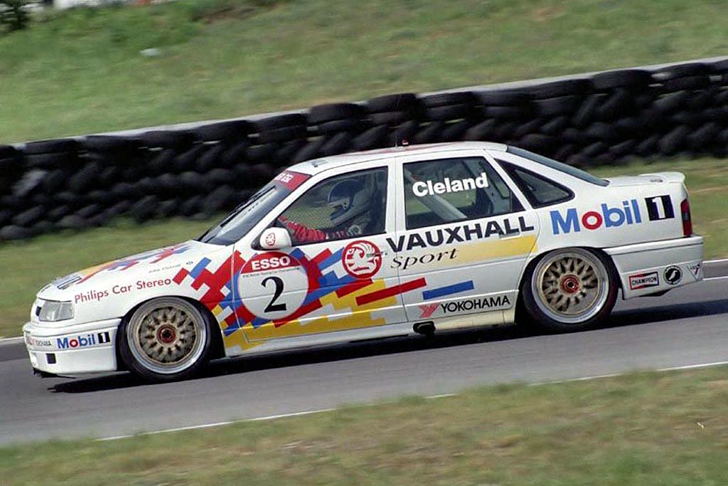 Remember the ‘90s? Baggy pants, the Fresh Prince of Bel-Air, Vanilla Ice, and proper old school British Touring Car Championship fights. At its height, ten different manufacturers duelled on-track, nary a quarter given and rarely a door left open. So how on earth do we choose one barnstormer amongst so many possibilities? Simple. We can’t. So we figured the 1992 BTCC Silverstone finale featuring John Cleland, series giant Andy rouse, eventual champion Tim Harvey and possibly the greatest touring car racer ever – Steve Soper – was as good as any. Throw in Murray Walker’s timeless commentary (“I’m going for first, says John Cleland”) and what more could you ask for? 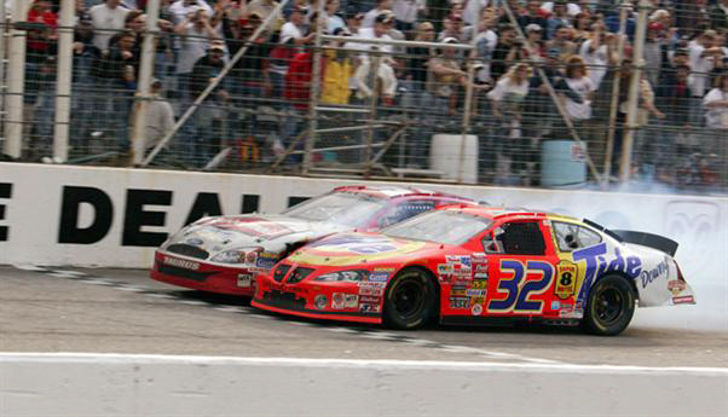 Put the words ‘Kurt Busch’ into YouTube and it’s only a matter of time before a shunt, an angry interview or a punch comes along (just ask Tony Stewart). It may also give you this though, the final moments of the Carolina Dodge Dealers 400 at Darlington Raceway in 2003. Barely a cigarette paper and a crapload of tyre smoke covers Craven and Busch as they race to the finish line. 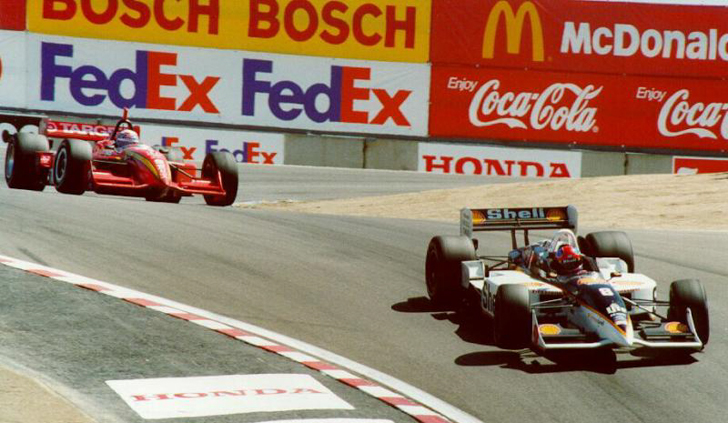 Before his gruesome accident in 2001, his remarkable recovery, his Paralympic winning run in London 2012, and his imminent return to competitive racing in the DTM, Alessandro Zanardi proved THE man to beat in CART during the 1990s (we’ll sweep over that whole 1999 Williams F1 season thing). A two-time series champion in the making, the Italian sent a message at Laguna Seca in ‘96 by outbraking leader Bryan Herta into the infamous Corkscrew, a feat that had never been done before and would forever be known from that day on as ‘the pass’.

What epic motorsport finishes have left you breathless? Let us know in the comments box below.