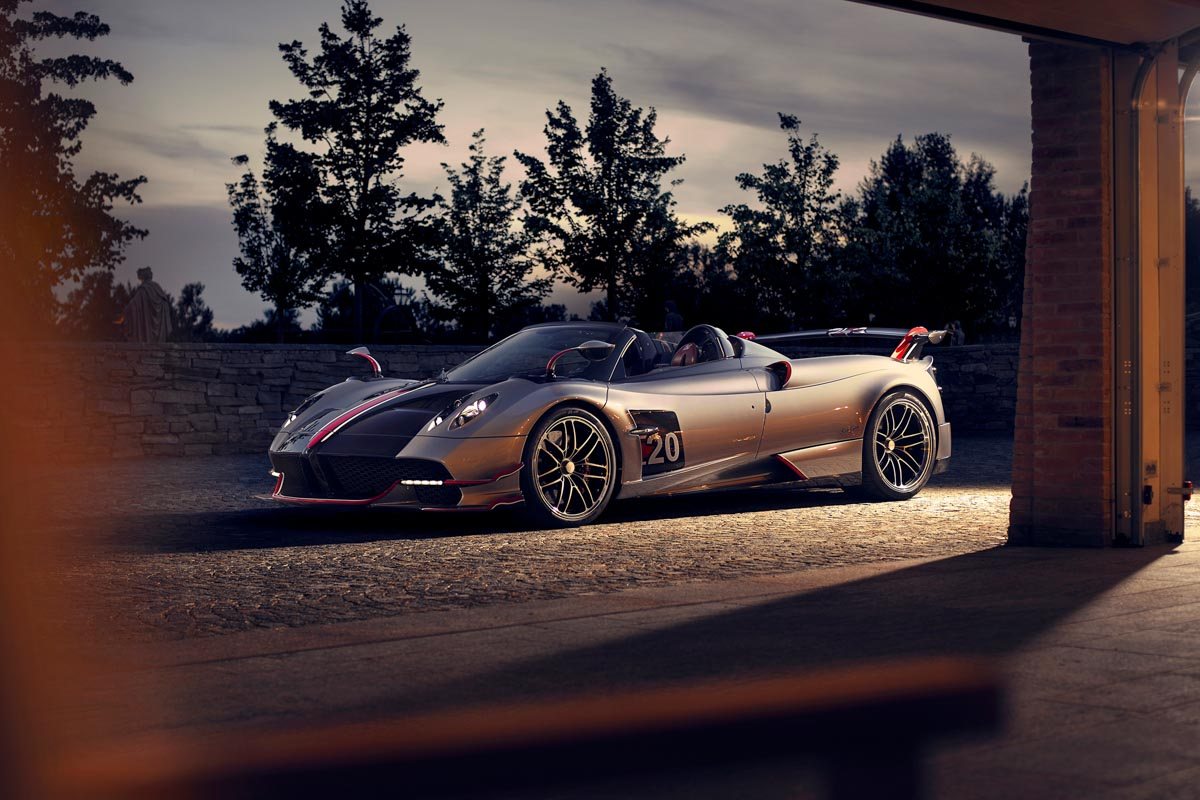 Pagani has been slowly refining the twin-turbocharged Huayra since its debut back in 2012, and now, seven years later, it has revealed its latest version, the BC Roadster. The original Huayra BC was named after Benny Caiola, personal friend of Pagani boss Horacio Pagani and the firm’s very first customer back in the days of the Zonda, and featured a new aero package and an uprated powertrain of over 791bhp.

The BC Roadster features a 6-litre twin-turbocharged V12 engine built by Mercedes-AMG in Affalterbach. Peak power is quoted by Pagani at ‘over 791bhp’, with torque peaking at 774lb ft between 2000 and 5600rpm. Connected to the V12 engine is the same single-clutch semi-automatic transmission from X-Trac, making this one of the few models still on sale with this somewhat antiquated transmission type.

What hasn’t dated is the exquisite build quality from Pagani’s Modenese facility, which is famous for its highly wrought carbonfibre work. The BC Roadster is expected to feature, at least as an option, a full carbon body. The tub will be of Pagani’s carbon-titanium composite too, while the roof is likely to be made up of a removable carbon panel, with a rising glass panel for the rear screen.

The aero package has also been tweaked to make up for the new roof arrangement, which like the standard Huayra’s is formed of a single hard-top panel and glass rear section. New flaps to divert exhaust gases underneath the car and out at the rear also make an appearance, helping it reach the claimed 500kg peak downforce figure at 280kph, and peak longitudinal acceleration of up to 2.2 G.

As with the Zonda that came before it, the Huayra seems to be following a path of gentle evolution from the pure execution of a core idea into highly personalised, and highly expensive, commissions. The car’s public expected debut at the Pebble Beach Concours d’Elegance says a lot about the buyers this new Pagani variant is aimed at.

As you might imagine, the Huayra BC Roadster doesn’t come cheap – each of the 40 units will set you back from $3.4million before taxes. The model will be shown for the first time in the metal at Pebble Beach in California next month.