GPX Racing overcomes the pitfalls to win the 24 Hours of Spa with panache! 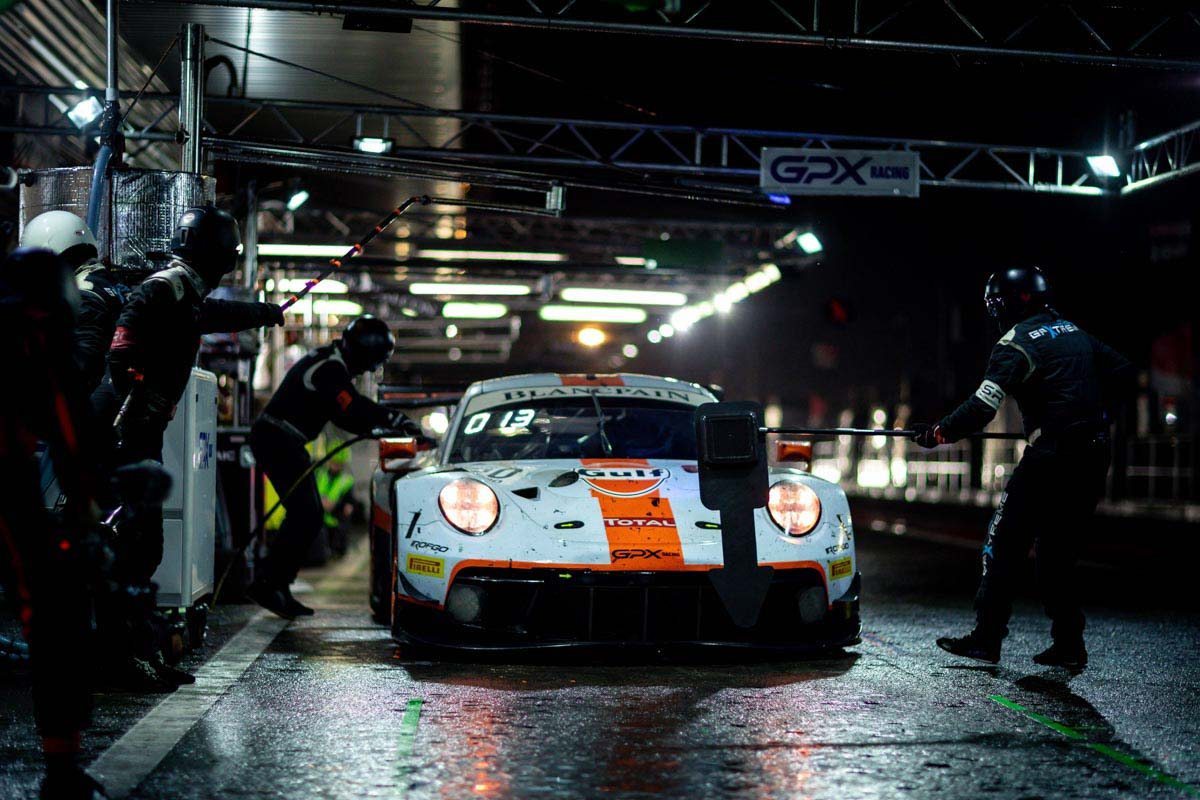 The 71st running of the 24 Hours of Spa will go down in history because of the execrable track conditions and also because of the victory of fledgling team, GPX Racing! Although supported by Porsche, which had given the squad three of its best works drivers, all world title winners, the outfit managed by Pierre-Brice Mena wasn’t among the hot favourites. It could only count on a few months’ experience in the Blancpain GT Series and with the 911 GT3 R to take the fight to the benchmark teams in the championship. But Michael Christensen, Kévin Estre and Richard Lietz fought at the front from start to finish and gave the German manufacturer its first victory in the Ardennes classic since 2010!

GPX Racing laid down a marker right from practice. The combined efforts of its three drivers put the #20 Porsche among the 20 cars – out of 72 entries – into the Superpole shoot-out. Estre clinched 11th place on the grid and then set the fastest time in night practice, which gave the team’s motivation a huge boost.

It began to rain before the start and Kévin immediately began to carve his way up to the front of the pack. The French driver picked off his rivals one by one and finished his first stint in the lead! #20 continued to battle it out with the other top teams, but the squad was handed a penalty during a pit stop. Luckily, it managed to pull back the time lost, in particular by taking advantage of a neutralisation to carry out the obligatory 5-minute technical stop.

In the early morning the race was interrupted because of heavy rain. When battle resumed for the last five hours of the event, GPX Racing was well placed to take part in the final sprint provided, of course, it didn’t make any mistakes. The drivers’ speed, their inspiration in the pack and the pertinence of the strategic decisions worked wonders and at 16:30 the Porsche in the famous Gulf colours crossed the finishing line as the winner!

Pierre-Brice Mena: “I haven’t yet fully realised what’s happened. A month ago we didn’t even know if we would be doing this race. When we turned up at the 24 Hours of Spa with such a driver line-up we knew we could do a good job. But there were so many parameters! We made a great start to the race and then we had a drive-through. Above all, we had to avoid falling a lap behind. We fought our way back among the few teams capable of winning in the final hours. When you have such an opportunity to go for victory you have to grasp it with both hands and not be content with second place. We were never able to relax with the traffic and the battle right to the end with the other victory contenders, the incredibly tricky track conditions, etc. But not one technical issue. A big thanks to Porsche, to the team and to all our partners for this extraordinary moment!”