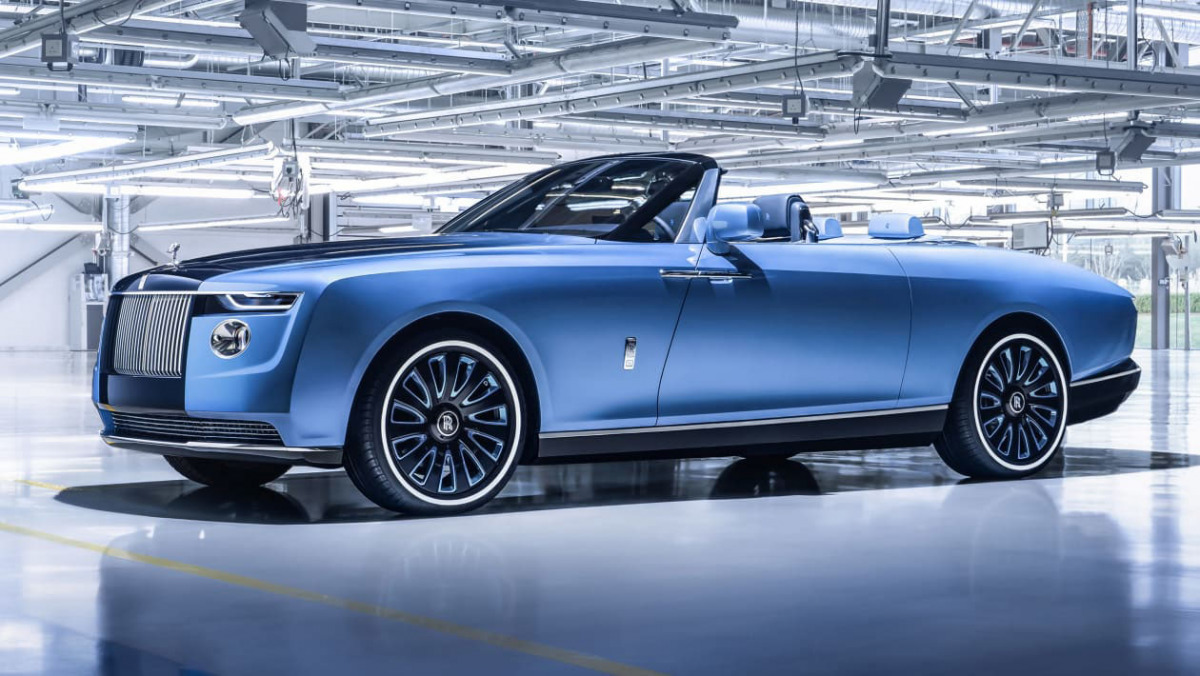 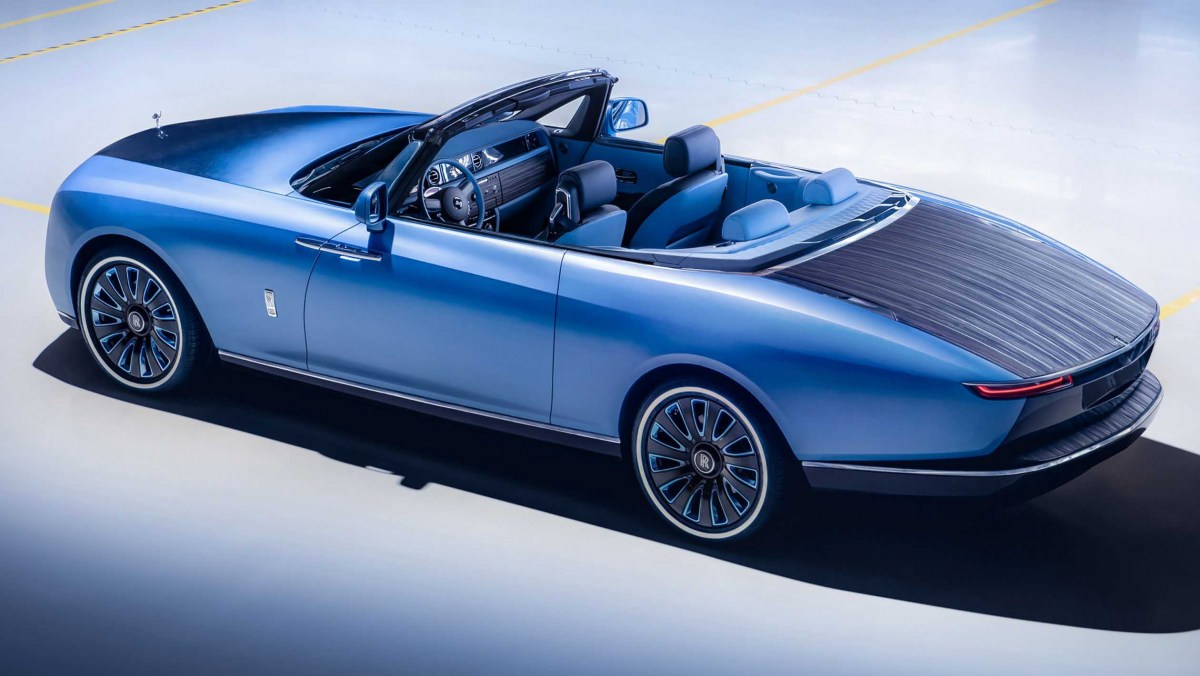 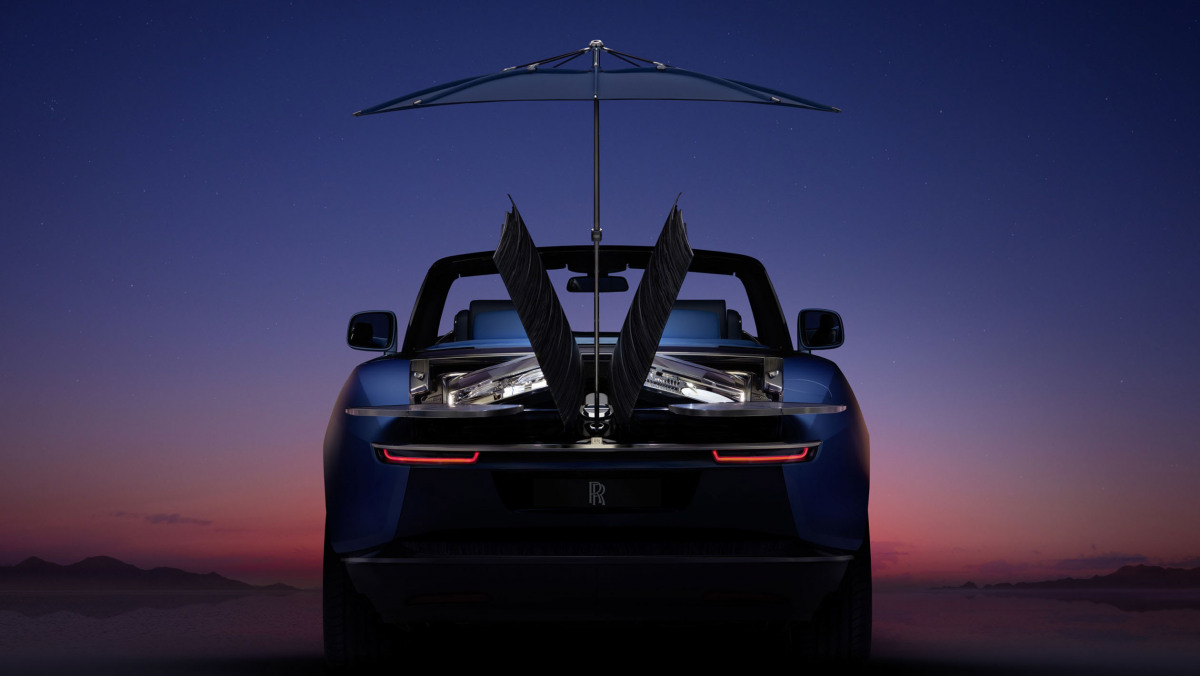 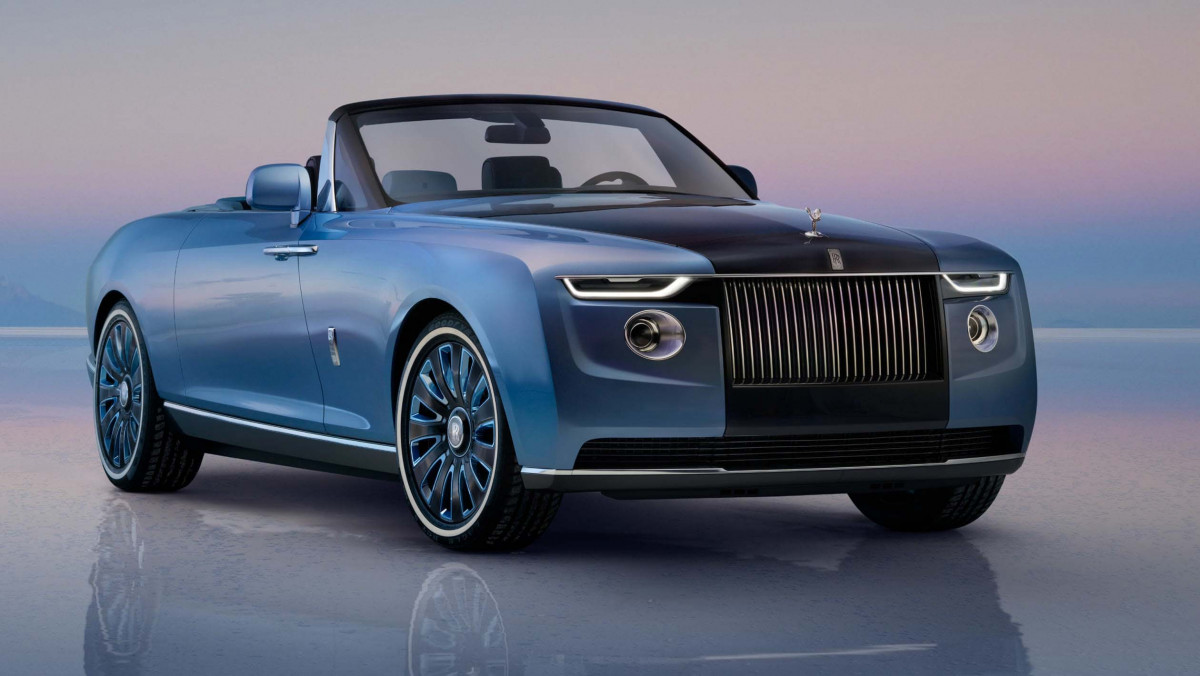 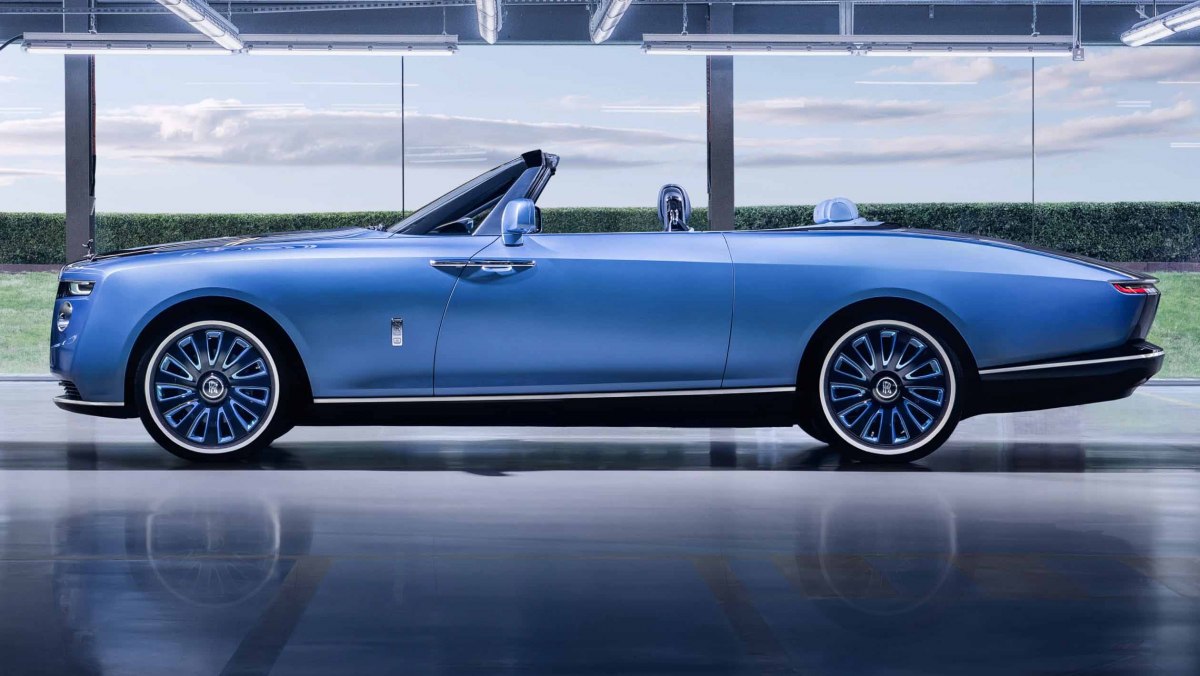 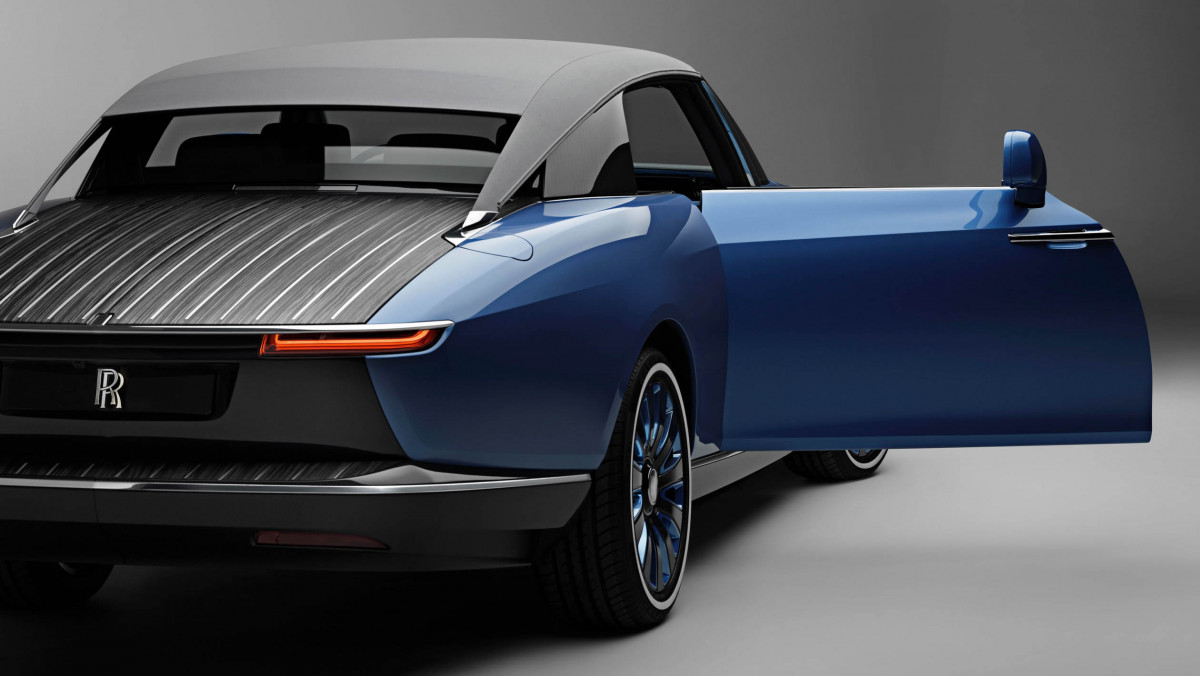 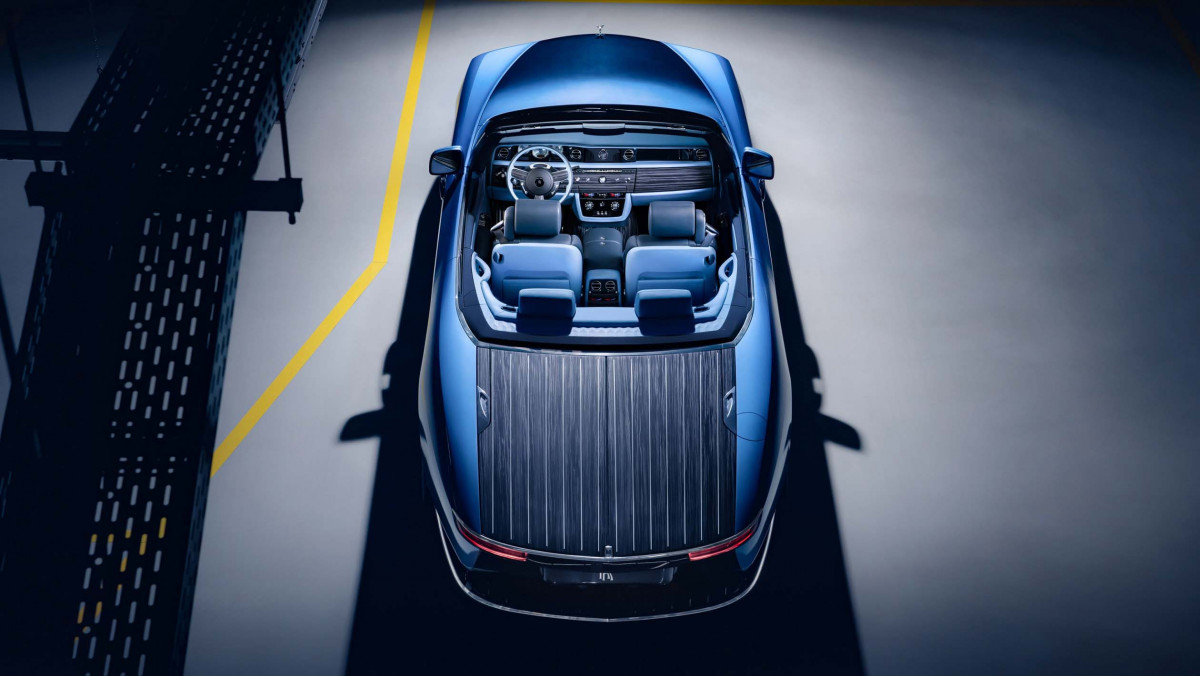 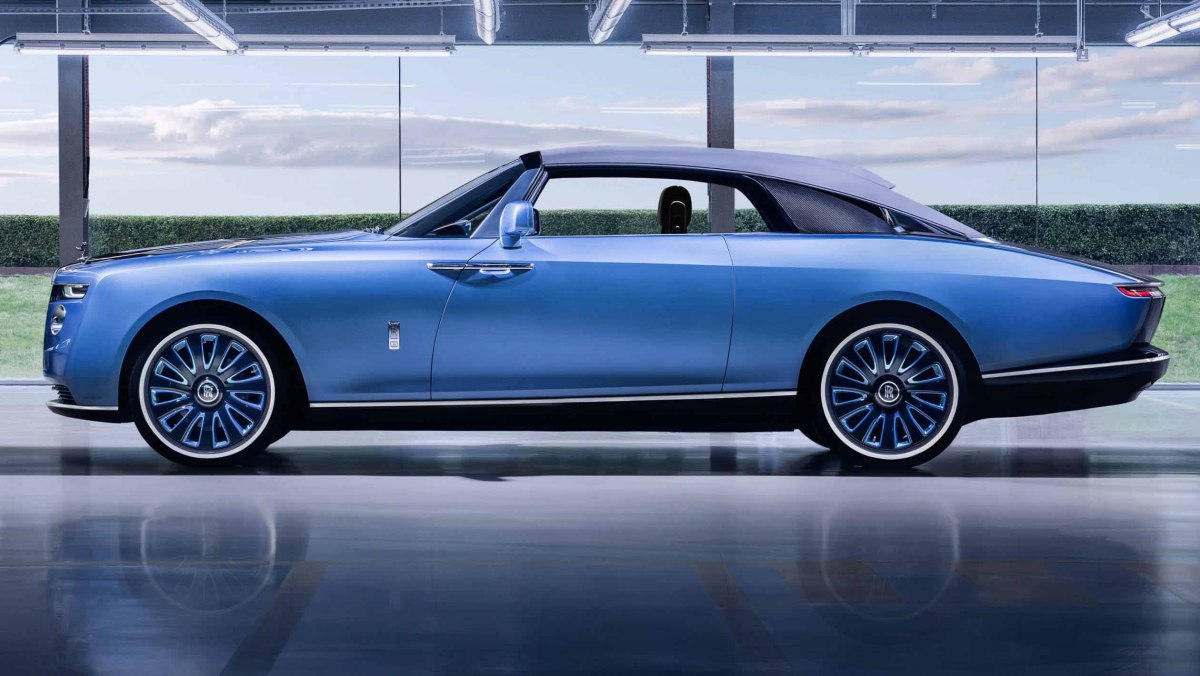 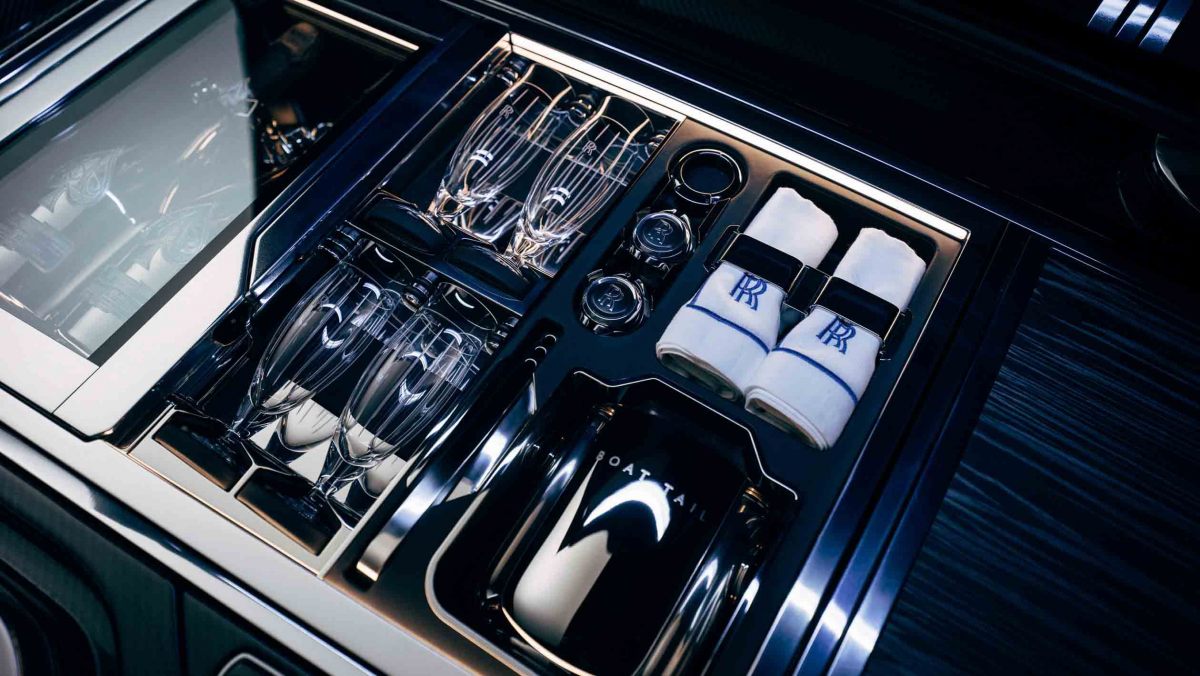 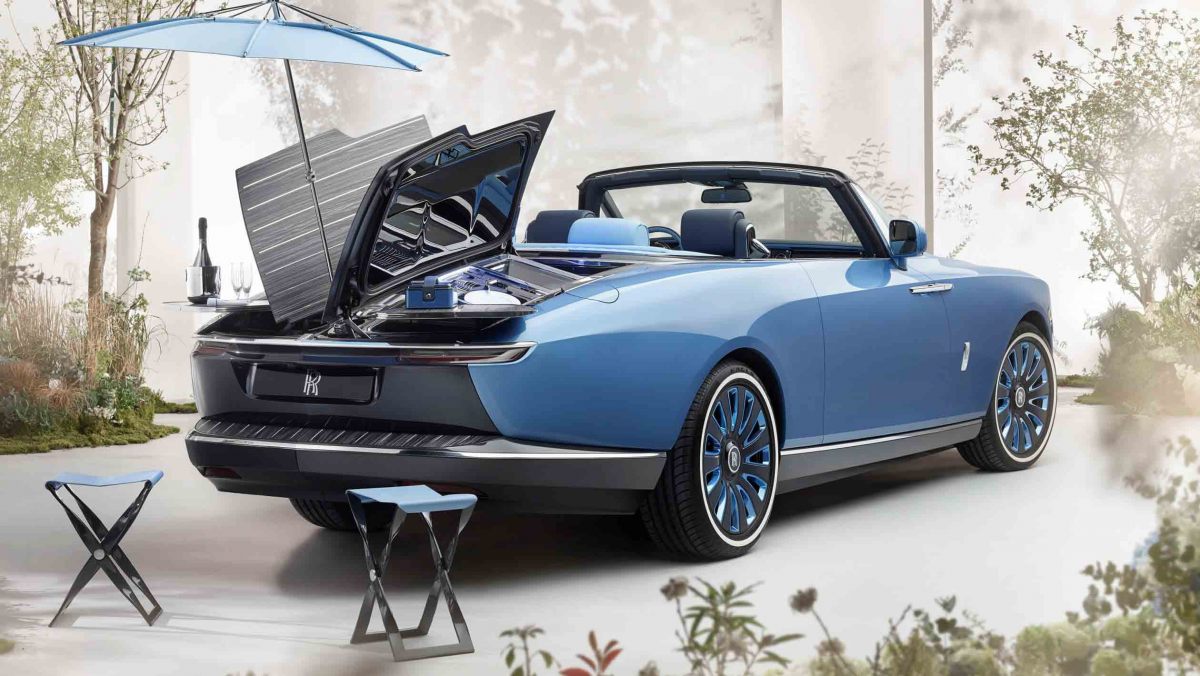 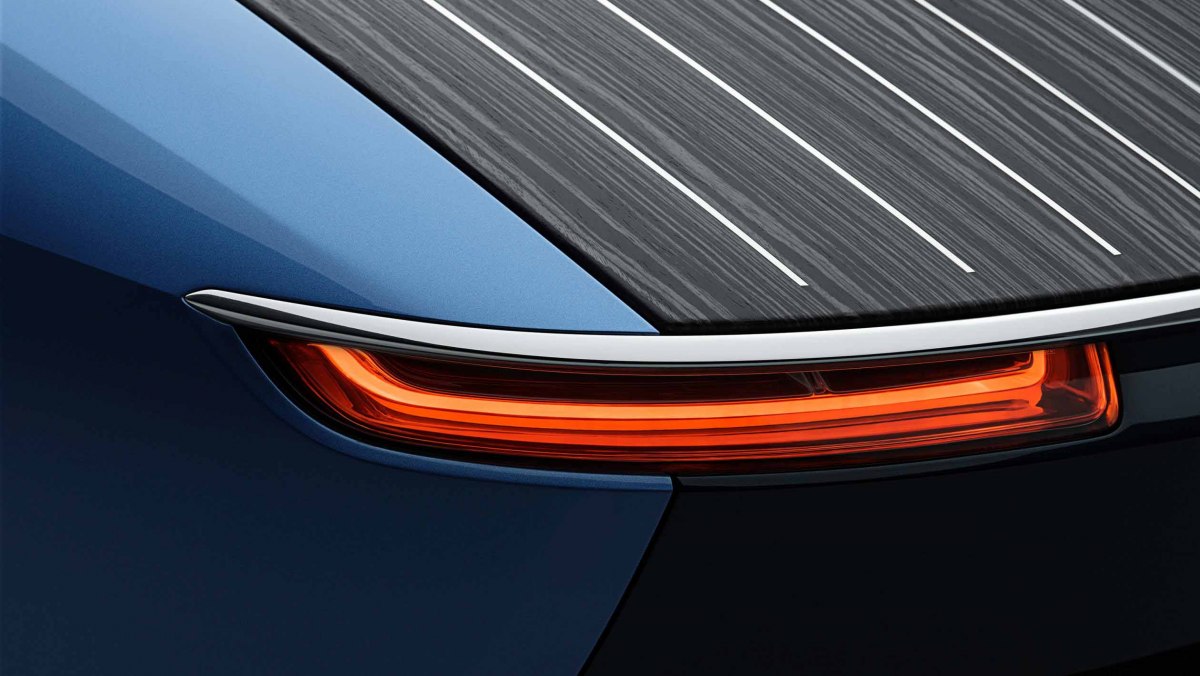 Rolls-Royce has precedence in the art of coachbuilding, as once a key part of its early business model as a company in the early days of luxury car manufacturing. Keen to tap back into this exclusive world, it has now relaunched a full Coachbuild department within the walls of its Goodwood factory, wasting no time in the reveal of its first full commission in the form of the striking Boat Tail.

This bespoke one-off is technically the second modern commission from Rolls-Royce, the first being the rather odd-looking Swept Tail from a few years ago, but the Boat Tail differs by now utilising the full capacity of its new division – something very clear in the dramatic changes it features compared to the Phantom Drophead it’s based on.

The 5.8m long Boat Tail is a complete bespoke commission, sharing no single exterior body panel or pressing with the Phantom. This has allowed Rolls-Royce’s designers free rein to interpret the owners brief, resulting in a substantially different design to other Rolls-Royce models, despite sharing many of the same design themes and underlying aesthetic.

This begins at the nose, where Rolls-Royce has reimagined the Pantheon grille in a new form, with a horizontal piece of brightwork spanning the entire front fascia connecting the traditional vertical vanes to both, entirely bespoke headlights. Above this line, the grille head has been amalgamated into the contrasting bonnet, creating one very smooth, superbly integrated graphic that is obviously Rolls-Royce, but also distinctive enough to signal this being more than your run of the mill Phantom Drophead (if there was such a thing).

This central aspect of the nose is then flanked by two huge one-piece front wings that also form most of the front bumper, each constructed of hand-beaten aluminium. This total reimagination of the front end’s construction has given the Boat Tail completely unique junction points between it and the bonnet, lower bumper, grille and headlights, sitting softly above gloss black lower surfaces that make the coloured panels appear to float above the lower portions of the body. It’s an exceedingly clever and superbly executed visual trick that also perfectly represents its connection to high-speed power boats as referred to in the customer’s initial brief.

There are other beautifully honed bespoke design traits that abound – the almost impossibly subtle scallop out of the lower body just behind the front wheel, the falling body crease that magically softens over the rear wheel to insight mass without breaking the bodywork’s tension, the new interpretation of the classic A-frame windshield that mimics ‘60s American wraparound screens while still adhering to modern safety standards and the underlying structure of the the Phantom Drophead donor car – it’s all magnificently done.

Best of all is at the back though, because as its name suggests, the rear end’s tapering shape and boat-like detailing rounds out a design that strikes a masterful balance of balancing the inherent visual mass of the huge front end, but retaining that fine aesthetic inherent in iconic open speedboats like the Riva ISEO. This connection is reinforced by the use of timber panelling on the rear deck, under which sits two side opening luggage spaces that in this case encases high-end picnic gear and the usual champagne life-support. Yet it’s again the detailing that reins supreme, with bespoke rear lighting that perfectly complements the size and shape of the new rear end, and again clever use of contrasting materials and junctions to disguise the height inherent in the Phantom’s aluminium structure.

The bespoke elements continue with the removable roof, made up from a brand new fabric and carbonfibre top that includes Boxster Spyder-like tension connections on the rear deck. While it doesn’t have the ability to be automatically lowered and stowed in the car itself (people who commission bespoke Rolls Royces have people to do that for them, no doubt), there is a temporary fabric canopy that can be fitted if the car is caught in inclement weather.

The interior has bespoke jewellery and trim, but is otherwise a more faithful representation of the previous Phantom’s basic interior design, which is no bad thing. In all, 1812 bespoke parts were designed, prototyped and manufactured for this one commission, with elements like the bodywork going through a full clay refinement process before being reproduced in the final aluminium. As modified cars go, Rolls-Royce has proven that it’s Coachwork department is about as good as it gets when the cars that sit in a showroom just aren’t distinct enough to find a place in the most auspicious of garages.