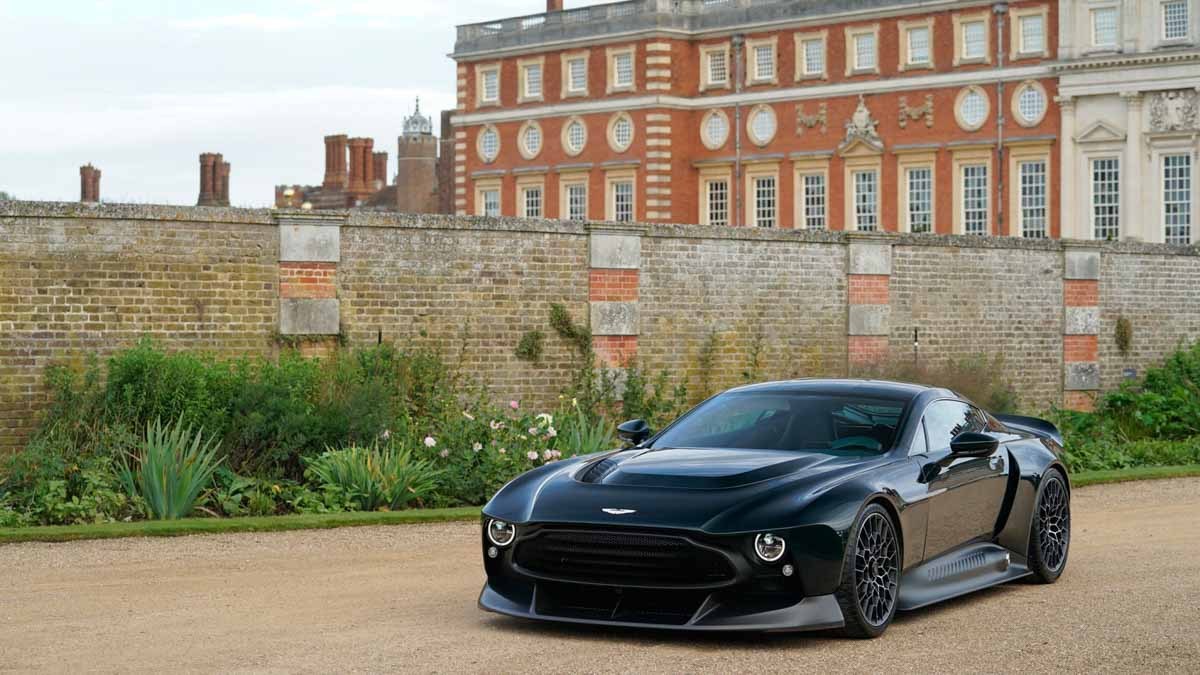 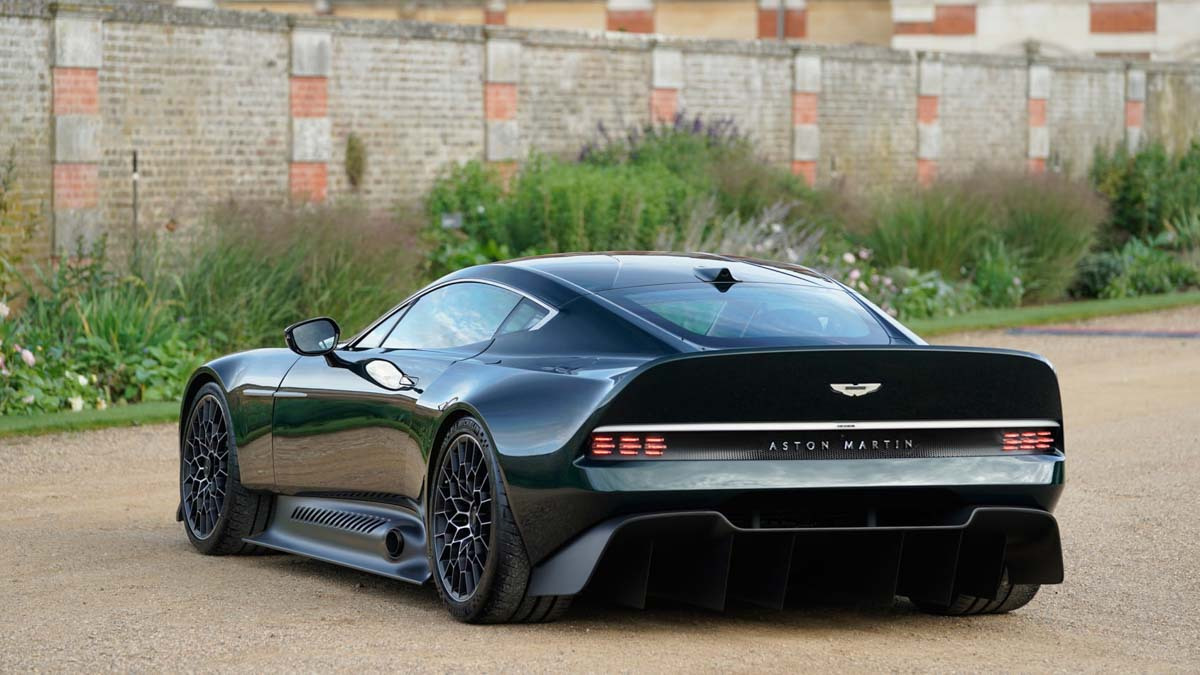 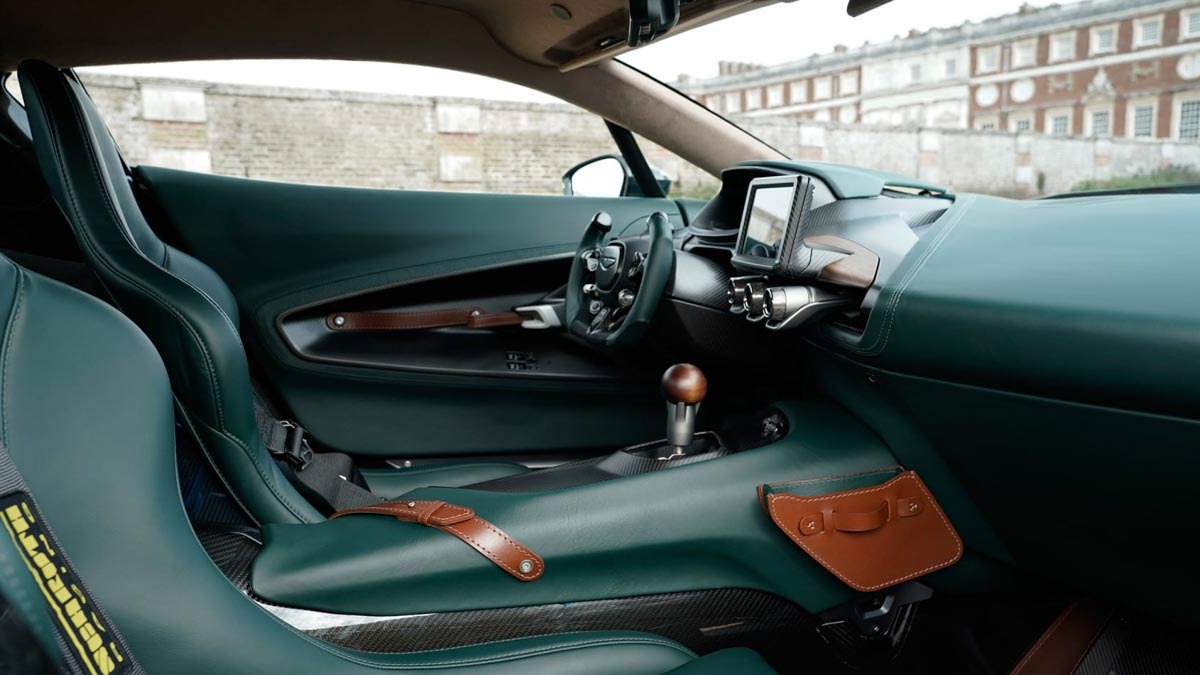 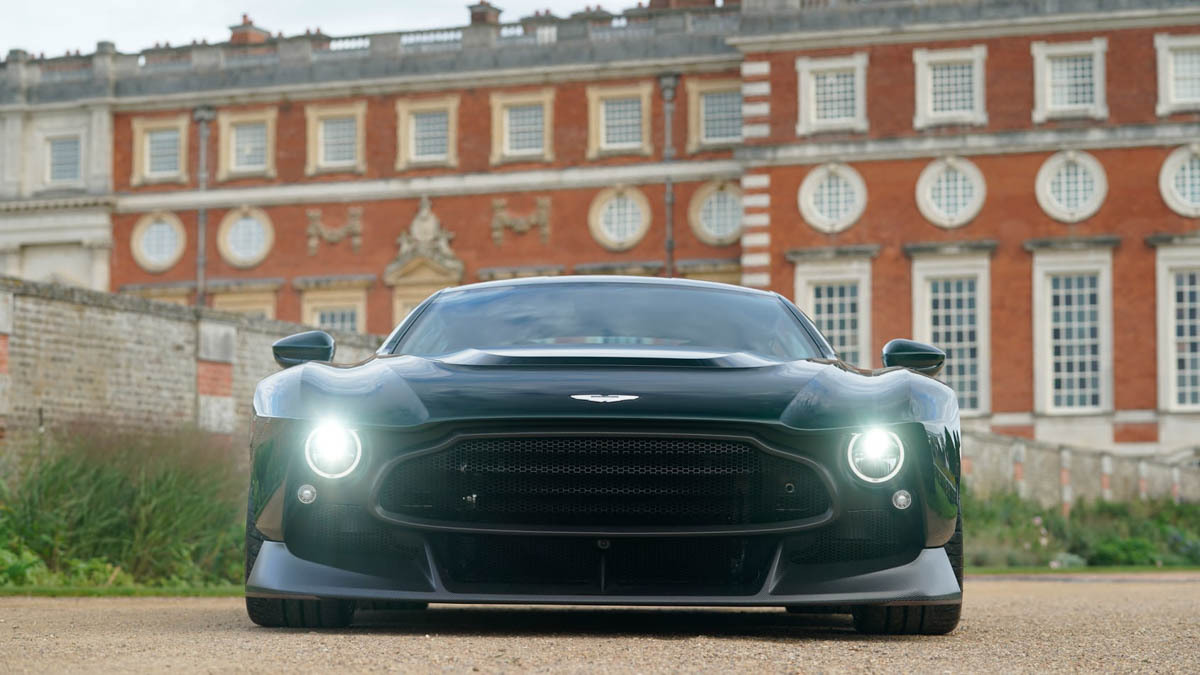 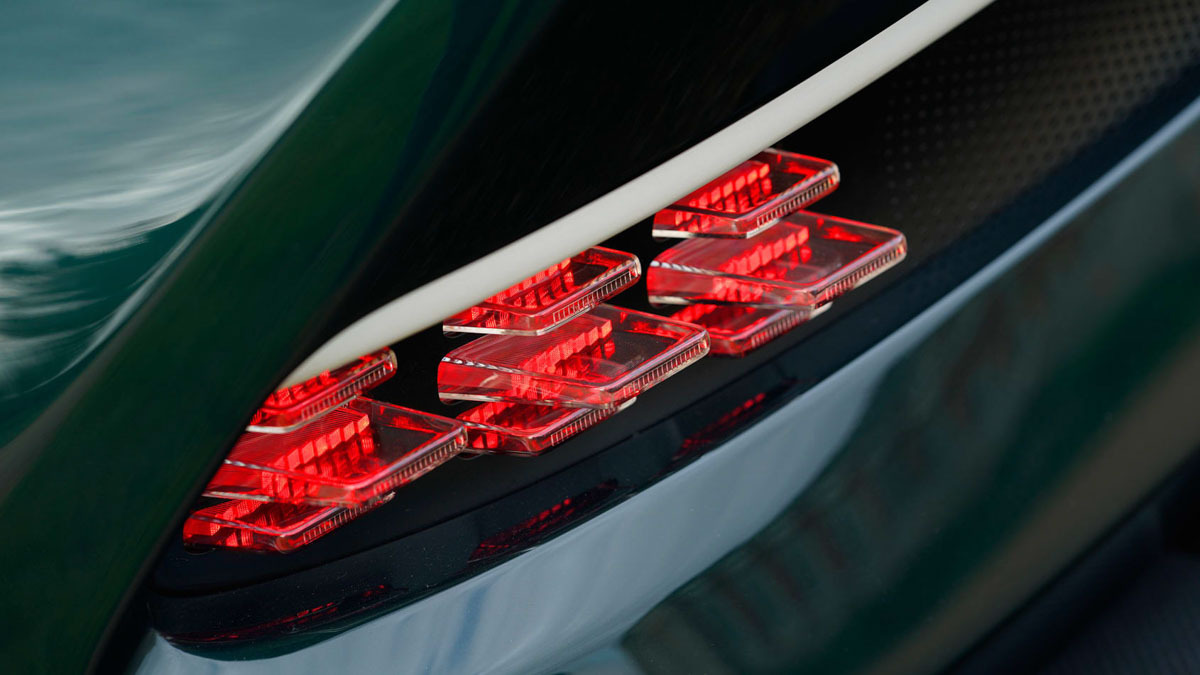 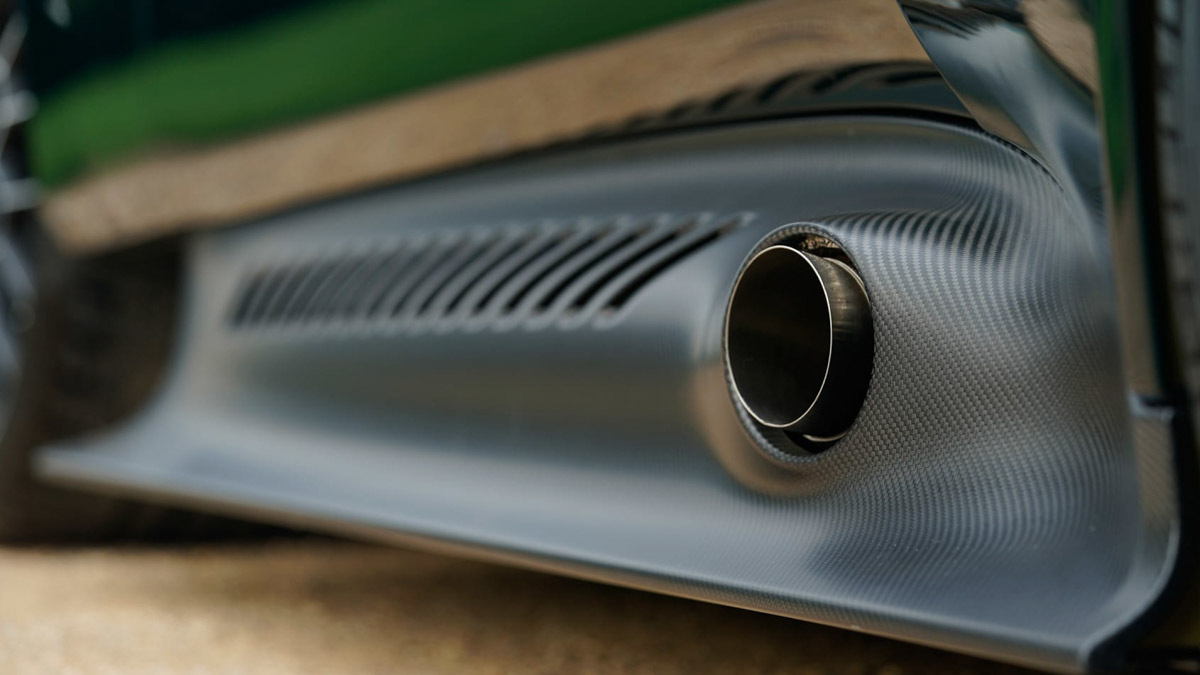 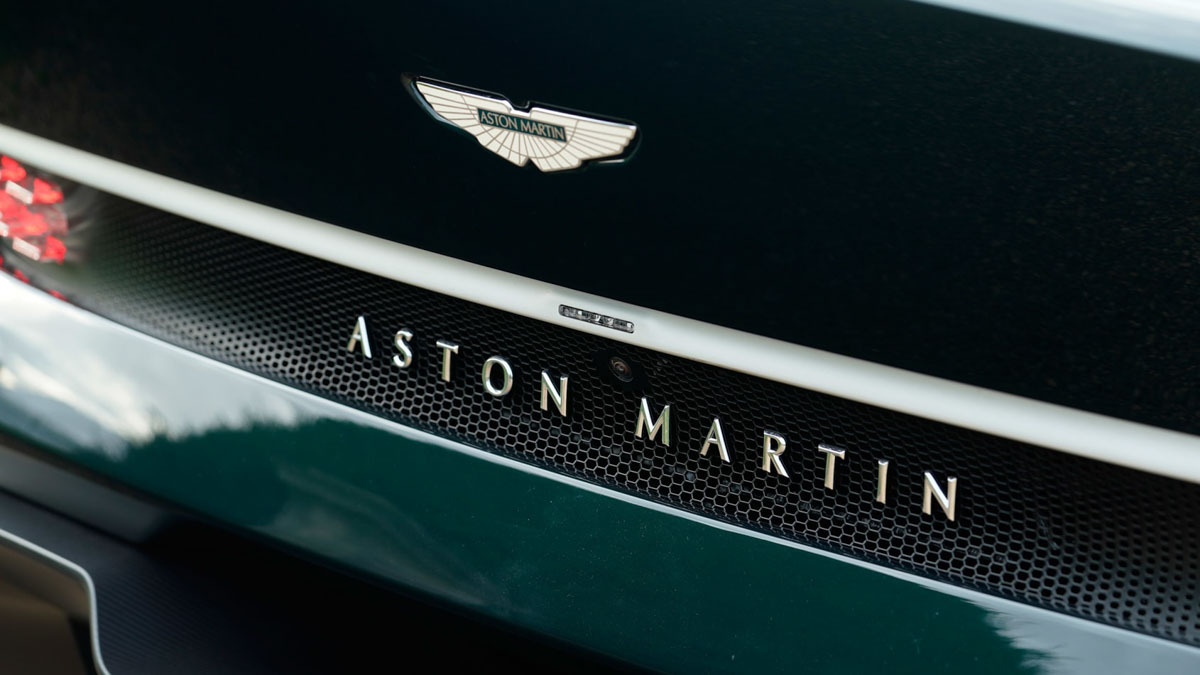 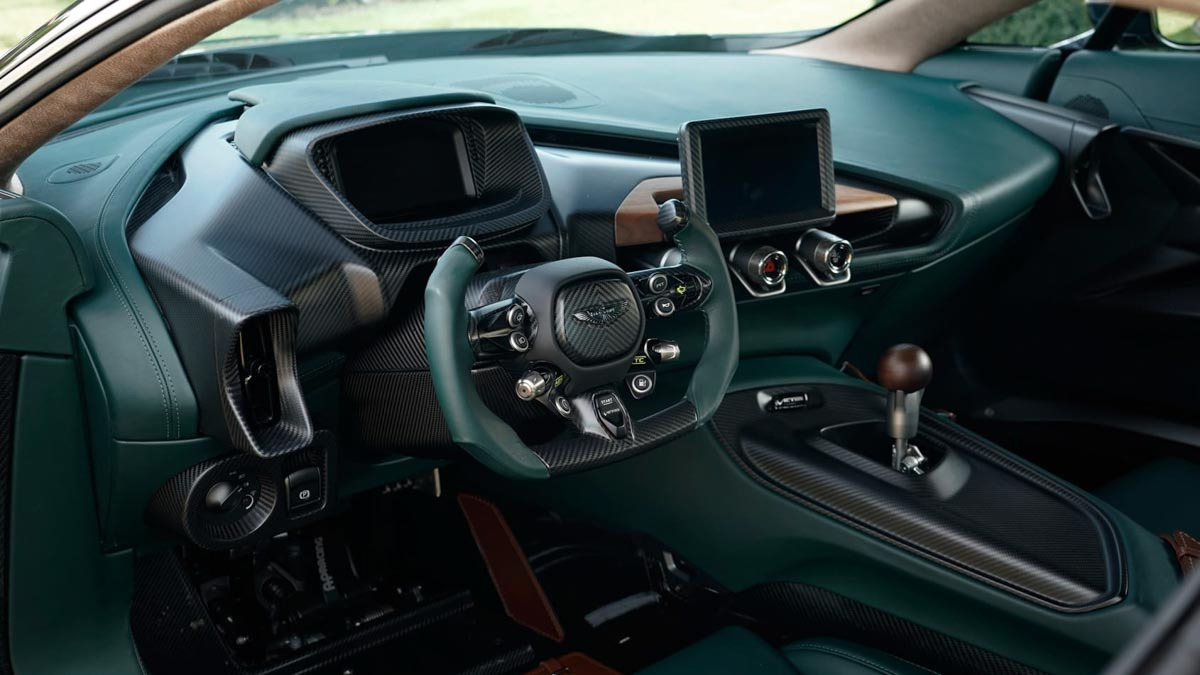 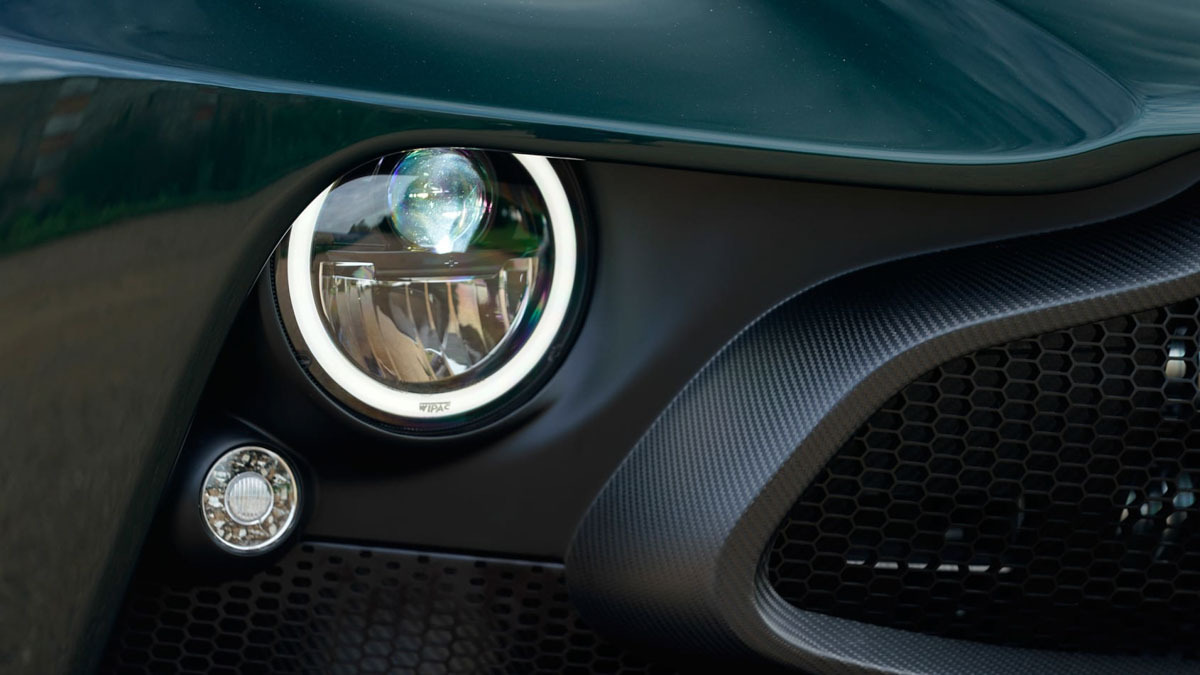 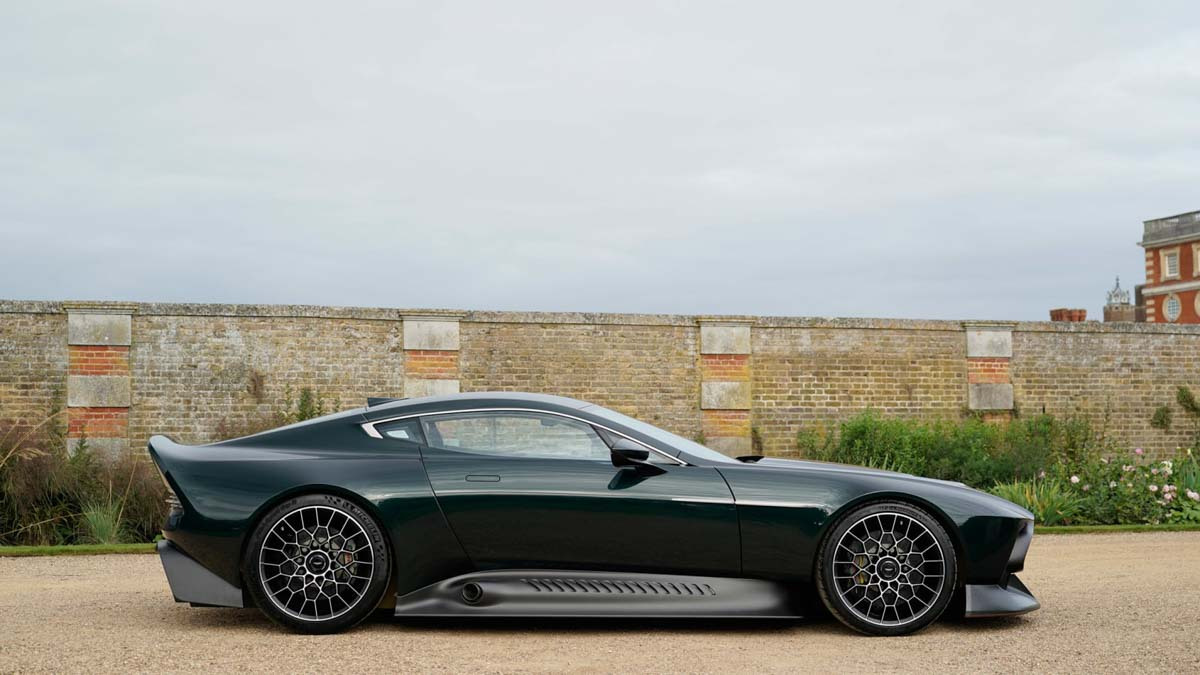 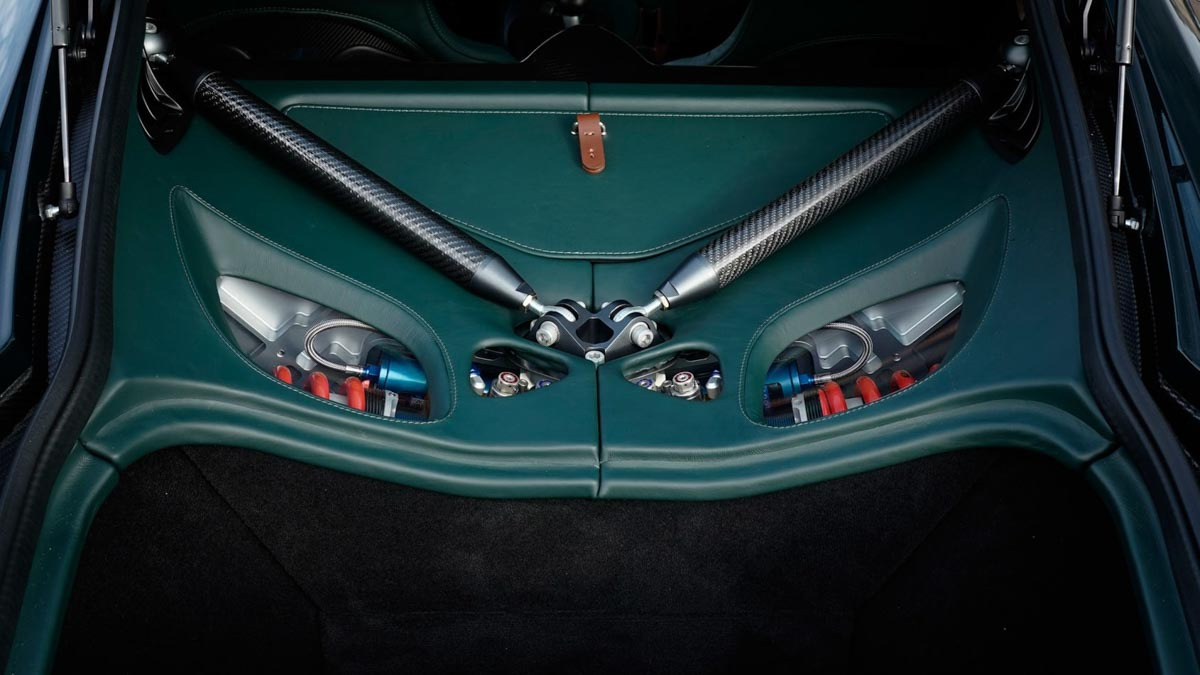 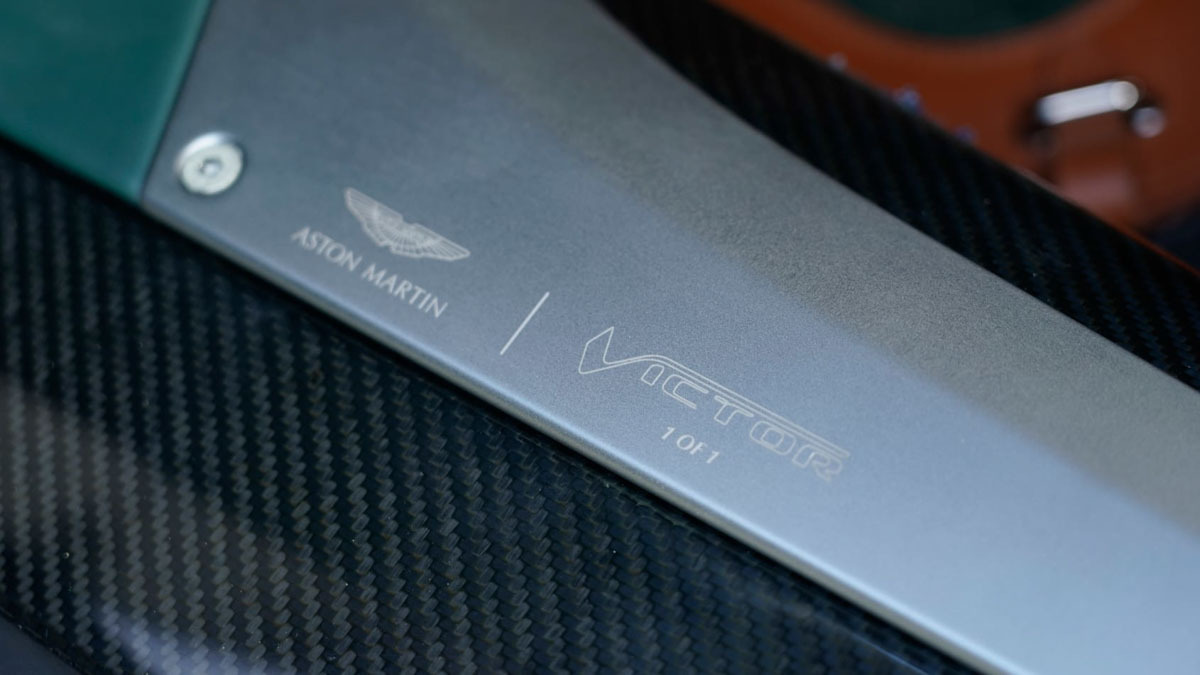 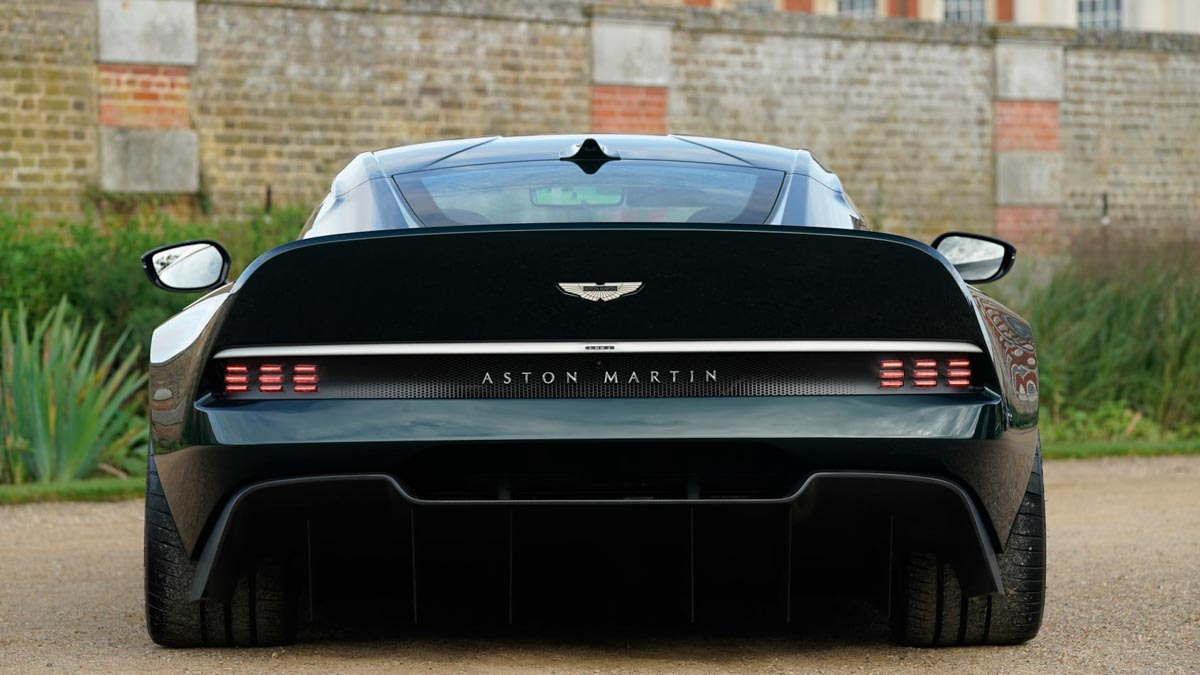 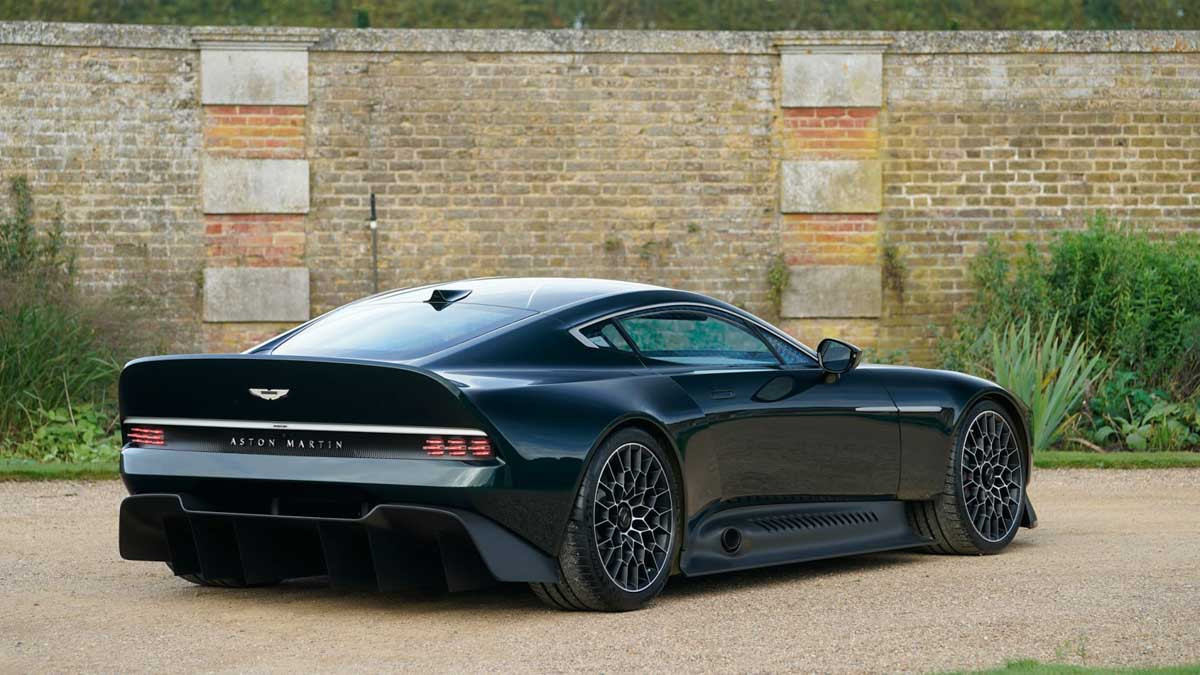 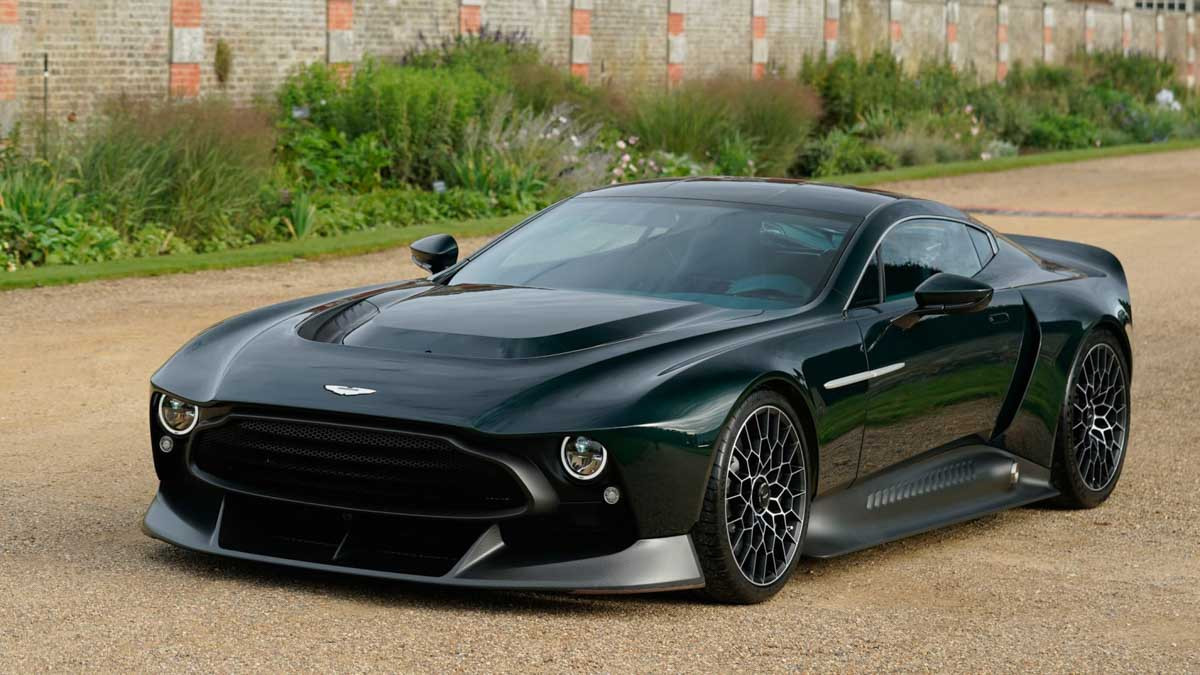 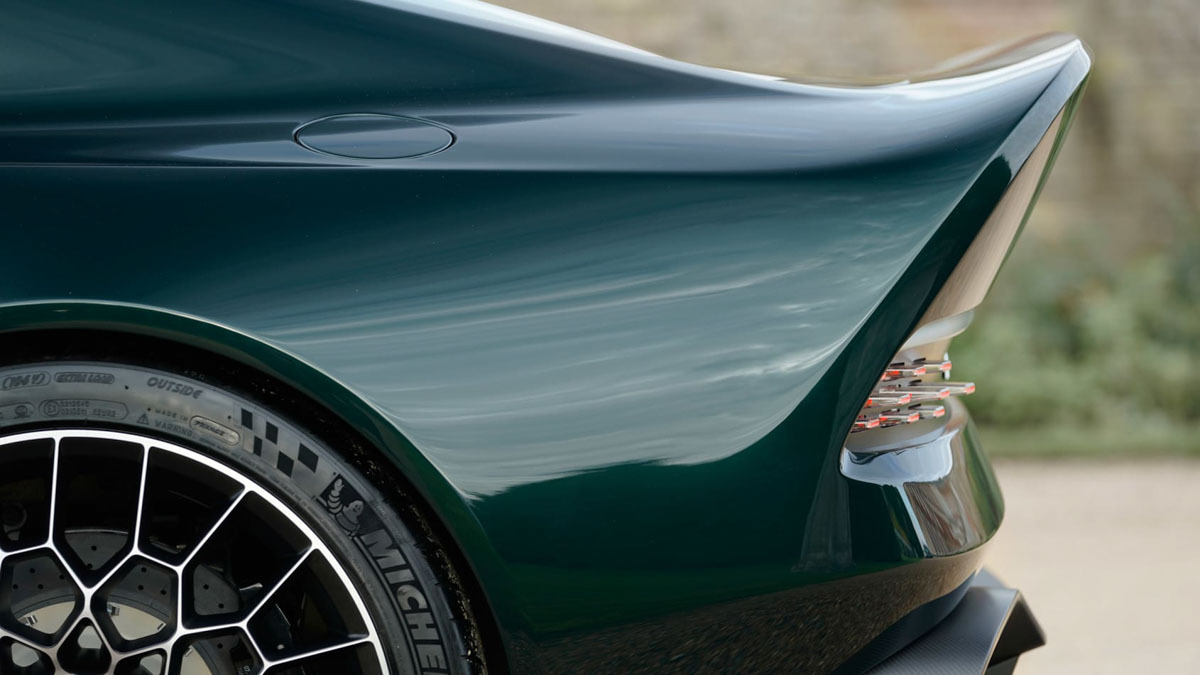 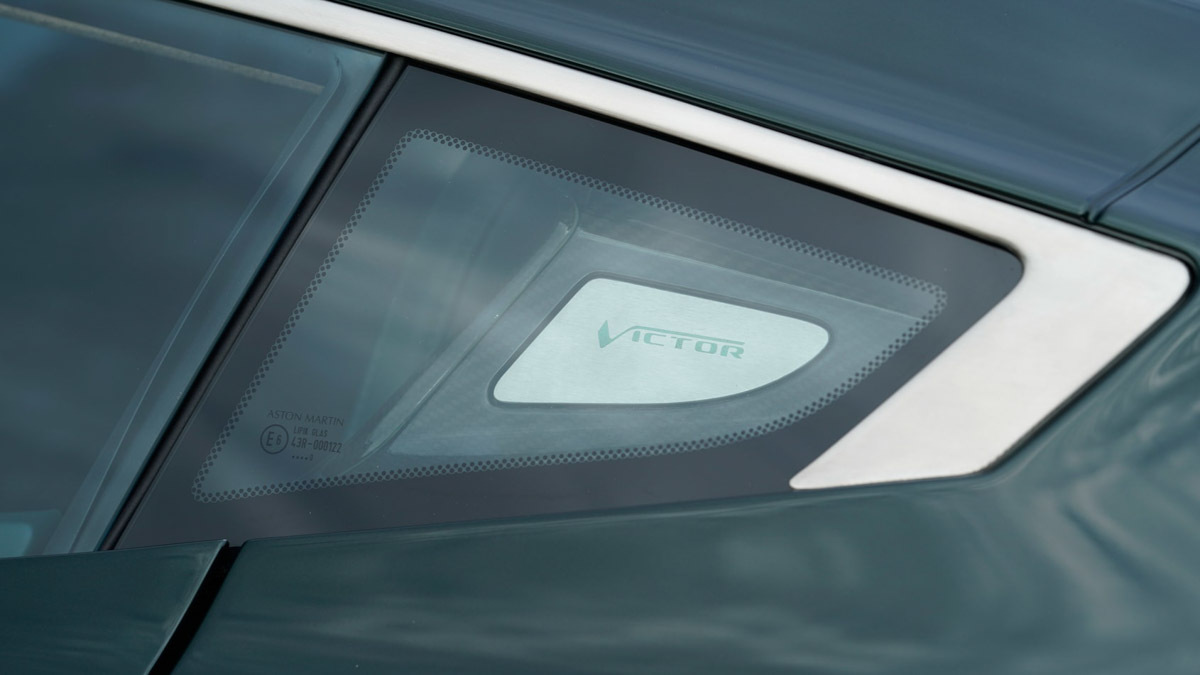 Aston Martin has revealed a new one-off commission designed and engineered by its in-house Q division. The bespoke model is called the Aston Martin Victor, and has been designed with inspiration taken from Aston’s Vantage models from the 1970s and ’80s, with a distinctive and aggressive stance, detailing and design.

Rather than being spun off Aston Martin’s traditional aluminium architecture, the Victor instead shares its carbonfibre construction with the Vulcan and One-77, the firm’s million-pound hypercars. Its engine has also been sourced from the One-77, in this case a 7.3-litre V12, but has been uprated to 836bhp, a rise of 84bhp thanks to a thorough engineering refresh by Cosworth. Torque is also up, now rated at 606lb ft.

Unlike both the Vulcan and One-77 though, the Victor combines its V12 engine with a six-speed manual transmission sourced from Graziano. This makes it the most powerful Aston Martin ever to be fitted with a manual gearbox, a record unlikely to be broken any time soon. Due to the big power and torque figures, Aston Martin has had to fit a motorsport clutch and two independent oil coolers to the transmission, giving you some indication of the forces being transmitted through the drivetrain.

In contrast to the GT-like design, the Victor shares its pushrod suspension with the track-only Vulcan. Aston has fitted manually adjustable dampers to vary the set-up, but engineers have initially tuned the Victor to suit on-road conditions. Also fitted are Brembo carbon-ceramic brakes that sit behind bespoke centre-lock alloy wheels.

In keeping with the car’s road-going nature, the cabin has been trimmed in the highest quality Weir leathers, with other lux materials like cashmere worked into the upper trim elements within the cabin. These traditional material finishes are then contrasted with far more technical elements such as the exposed carbonfibre and machined aluminium in areas around the driver zone and steering wheel. Aston’s designers have also semi-exposed the transmission movement inside the large centre console. The gearstick itself is a combination of a solid machined lever, topped by a timber ball with an H-pattern graphic laser etched into its surface.

The exterior design shares the same theme of combining traditional motifs into a contemporary and in this case aggressive aesthetic. The blockier design language typifies those Aston models from the ’70s and ’80s that inspired the Victor’s design, but it’s complemented with a contemporary flare that uses new-age materials like carbonfibre and LED lighting to create a particularly distinctive design. The groundworks have been derived from the Vulcan’s, and despite only having a duck-tail like rear spoiler (large though it is) total downforce has been quoted at nearly double that of an Aston Martin Vantage GT4 racing car.

Both the highly specific nature of its ingredients and the dramatic amount of bespoke elements throughout the entire project would suggest it’s fair to assume the Victor was not an inexpensive commission for Aston’s Q department. While we’re unlikely to see it joining the Aston Martin range any time soon, as an example of how bespoke Aston can go for a single lucky customer, the Victor is certainly an expression of intent in the bespoke supercar segment.