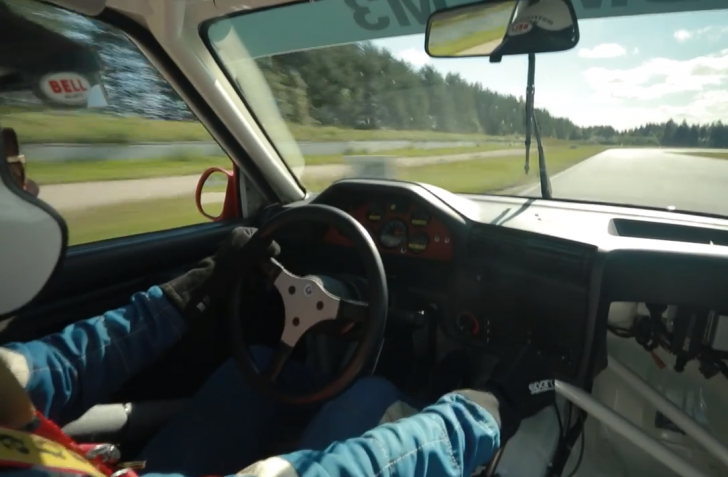 That should be enough for you to scroll down and press ‘play’ on the below video. But if it isn’t’t, let me add a little context.

As part of a recent BMW Car Club Norway Meet, this particular 1986 model – speculated to be the third track-specific chassis built that year – was amongst the A-listers taking to the circuit. If you’ve watched with enjoyment our recent on-board ‘holy crap, THE NOISE’ videos on the McLaren M8F at Indianapolis and the Porsche 917 at Laguna Seca, then you might want to turn the speakers up for some truly astonishing soundtrack.

Well, apart from the spin at 3m30s. And yes, there is a ‘discussion’ in full swing as to who’s fault that was…