Behind the lens with Adam Pigott

With series like the World Endurance Championship, World Rally Championship, the Blancpain Endurance Series, Global RallyCross and the FIA/FIM European Drag Racing Championship already on his CV – alongside iconic circuits Le Mans and Monza – it’s hard to believe that this young British photographer only went abroad for the first time in 2013. Since then though he’s discovered that virtual really can become reality, why a sodden battery can knacker an entire weekend of shooting, and why life on the rally stages is truly incomparable for a motorsport photographer. It’s all part of life Behind the Lens with Adam Pigott.

Adam, what got you into photography in the first place?

“Bizarrely, it was video games. I used to be an avid user of Photo Mode, which featured heavily in Gran Turismo 4 (turns out video games aren’t all that bad!) It let you move the camera around the track and set the aperture and shutter speed, and even control the exposure and white balance. It was pretty complicated stuff for a game, really. The cool element was that it made a big difference to the final shot you ended up with.

“I showed my ‘work’ on various forums and started building my skills from there. I learnt Photoshop through that entire experience and picked up some pretty nifty techniques. Then around 2007 I picked up a real camera – albeit a compact one – to see what I could do, and it all stemmed from there.” 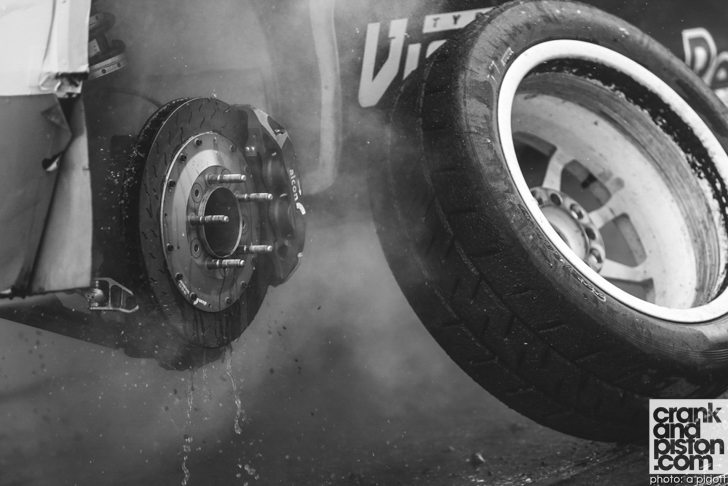 And did Gran Turismo 4 help you land any job offers…?

“[Laughs] I’ve done my fair share of work experience including some time at the RAF Photographic Section and a local publication house, which dealt with photo reproduction mainly. I must admit though that most of my time at college was spent working on an Art & Design course, which has no doubt influenced the way that I try to approach photography.”

Fair to say that this approach was mainly through motor racing, given your very impressive portfolio. Have you always been a motorsport enthusiast?

“Actually when I was younger, I wasn’t all that into motorsport. But when I got a bit older, I did get interested in the FIA World Rally Championship – around 1999 or thereabouts – and was hooked for the next couple of years, watching it whenever I could.  Then Sébastien Loeb began to dominate and I started to lose interest in the WRC.

“Then I picked up a camera, and my interested started coming back. And not just in rallying but motorsport in general. There was something about capturing the action, the energy and everything else that made it so much more exciting than when I was younger.” 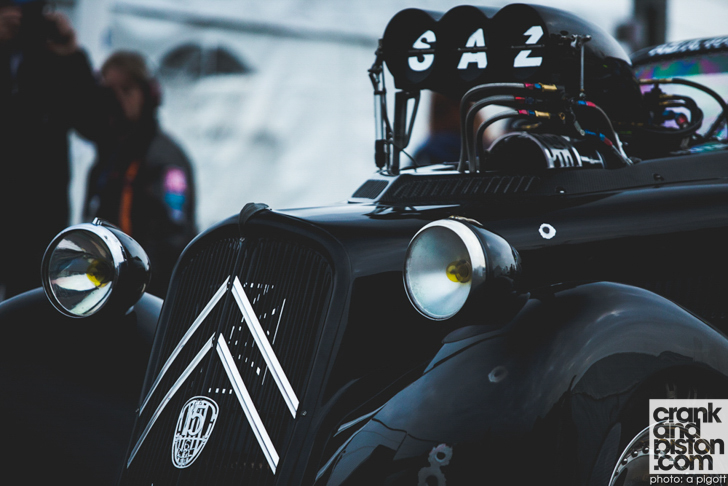 Does this excitement still shine through regardless of the series? You’ve shot a lot of different events in the past…

“I think modern motorsport certainly ticks all the boxes for me. I seem to be in the minority but I think that the races we get now (in pretty much all forms of motorsport) are so much better than even just a few years ago. GT racing is a great example when you look at the variety in the GT3 class: it’s not the same old Ferrari vs Porsche battle, and that makes championships like the Avon Tyres British GT Championship and the Blancpain Endurance Series so exciting to watch these days. Even sports like Rallycross are on a massive up at the moment and definitely ranks up there as one of the most exciting sports I’ve had the privilege to photograph.”

Give me a better idea of the ‘privilege’ involved: you’ve got a camera in-hand and a paddock pass. What interests you the most, the drivers, the teams or the atmosphere in general?

“Atmosphere, most definitely. It can make or break an event in my opinion. Events like the Nürburgring 24 Hours just wouldn’t be the same without the incredible atmosphere that comes along with it. I tend to frame quite widely –whether it’s to capture crowds, landscapes or anything else that takes my fancy – since makes the event more personal I think.

“My feelings on a race weekend tend to change though. The sessions leading up to the race are perhaps a little bit more relaxed and with more freedom to experiment a little with images. But when it comes to the race, it’s time to get serious.” 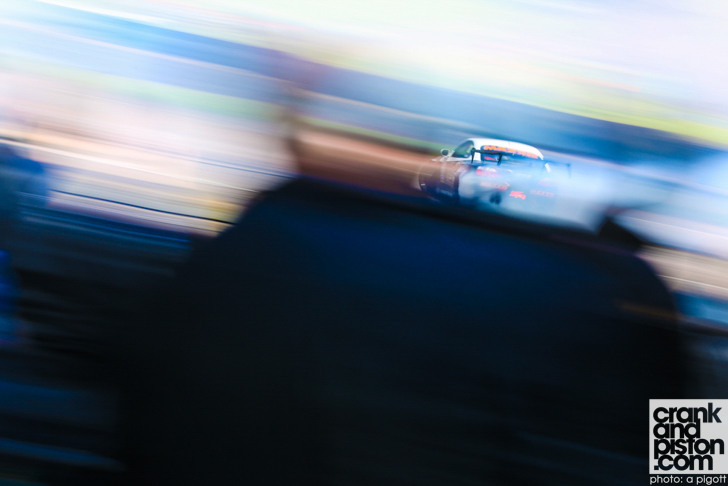 “You do get presented with some particularly ‘epic’ moments at times. I regularly cover the British GT Championship, and at this year’s Rockingham round, Queen’s ‘We Will Rock You’ was being blasted through the circuit’s loudspeakers whilst the cars were on their warm-up lap. It just adds something to the experience. And just recently at the FIA/FIM European Drag Racing Finals, and my first experience of a Top Fuel dragster. It was sensational! A quick blast of Metallica’s ‘Fuel’ over the PA followed by a noisy, thunderous dragster exploding out of the darkness into the flood lit area of the strip. It’s something I’ll truly never forget.”

Are other events that stand out in your memory, for good or bad reasons?

“Actually I’m lucky enough to have had plenty of really good events and not so many bad. Most recently I’d probably say that my trip to Germany for the FIA World Rally Championship ranks right up there as one of my favourite motorsport weeks: great weather, great locations and great company to share it all. I’ll always have fond memories of my first ‘fly away’ trip too. Believe it or not, I hadn’t actually travelled abroad properly until 2013, and that was for the opening round of the opening round of the Blancpain Endurance Series in Monza. Not bad eh?” 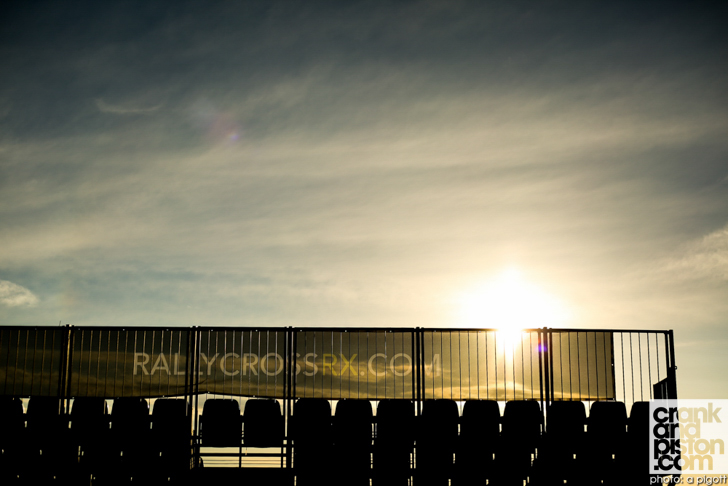 Absolutely. I’ve covered races at Monza a few times and there’s just something about the place. I mean, not necessarily the press or media rooms, but the paddock is an amazing place to wander around…

“Actually a lot of my favourite moments in my motorsport career have come from the media rooms, or even outside of the circuit. You get to meet some great personalities in these media centres and ultimately share a common interest. There’s been some great laughs on these trips.

“As for bad events, there’s probably only a couple that come to mind. I was unfortunate enough to be visiting Le Mans for the first time in 2013 and the death of Allan Simonsen hit me pretty hard. Then there was one of my early trips to Cadwell Park for the Historic Wolds Trophy. It had rained pretty hard on day one of the event and I’d been thoroughly soaked. I’d assumed everything was fine and arrived at the circuit with my camera ready to work. I went and took up the position I wanted for the Classic Formula 3 cars in the centre of the circuit – got the camera out and went to turn it on…

“Nothing happened. I took out the battery and desperately tried to dry the contacts out but to no avail. So I was stuck in the middle of the circuit for the next 30 minutes with no working camera. That wasn’t a good day.”

Good segue though. Talk us through what’s usually in your camera bag…

“Nowadays my main workhorse is a Canon 5D Mk3, usually equipped with either my 70-200 f/2.8 or the 300 f/4. Then I have my older Canon 60D and a smattering of lenses including a wide angle and the classic nifty fifty (50 f/1.8). Of course, there’s the usual array of batteries and memory cards too.” 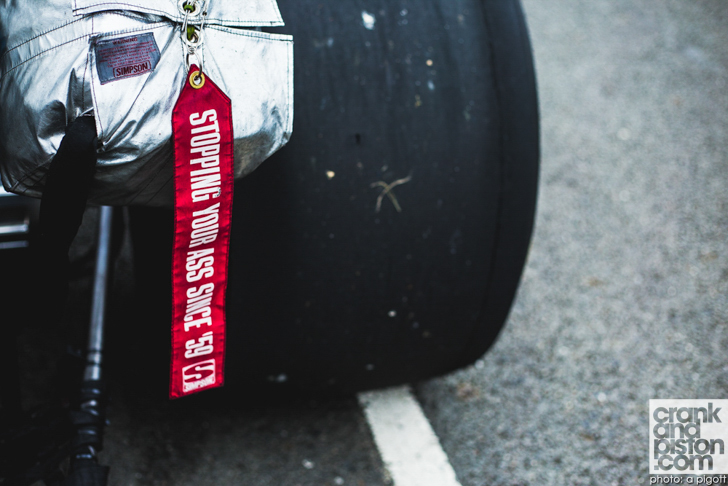 Any particular venue or series at which you’d like to put them to the test?

“Well I’ve been pretty lucky over the past few years to try out a hell of a lot of types of motorsport. I’ve done single seaters, GTs, endurance races, rallycross, drag racing, rally and even some bikes. My favourite though is definitely the rallying events. I’ve only done a few but it’s something I’m pursuing more now. I did Rally GB last year (alongside some club level events) and it just opened my eyes a little to the world outside of circuits. These rallies take place in some stunning locations that make circuits feel a little bit tame by comparison.

“I will say though, that Rallycross is definitely something to watch in future. It seems to be gaining popularity both over in Europe (FIA World Rallycross) and stateside with the Global Rallycross Championship. I can’t see it’s popularity slowing down any time soon either with massive names like Petter Solberg, Tanner Foust, Nelson Piquet Jr, Ken Block and numerous rally legends giving it a whirl. There’s some very passionate fans out there already and it’s a lot of fun to photograph. Hopefully they’ll be another opportunity in the not too distant future for another go.”

Previous ArticleOnboard with a 1986 Group A BMW E30 M3
Next Article Bentley Mulsanne Speed. Pinnacle of luxury and performance?