Brutish, bold and bridging the gap between new and old, it’s a sports car we’ll only look at through envious eyes 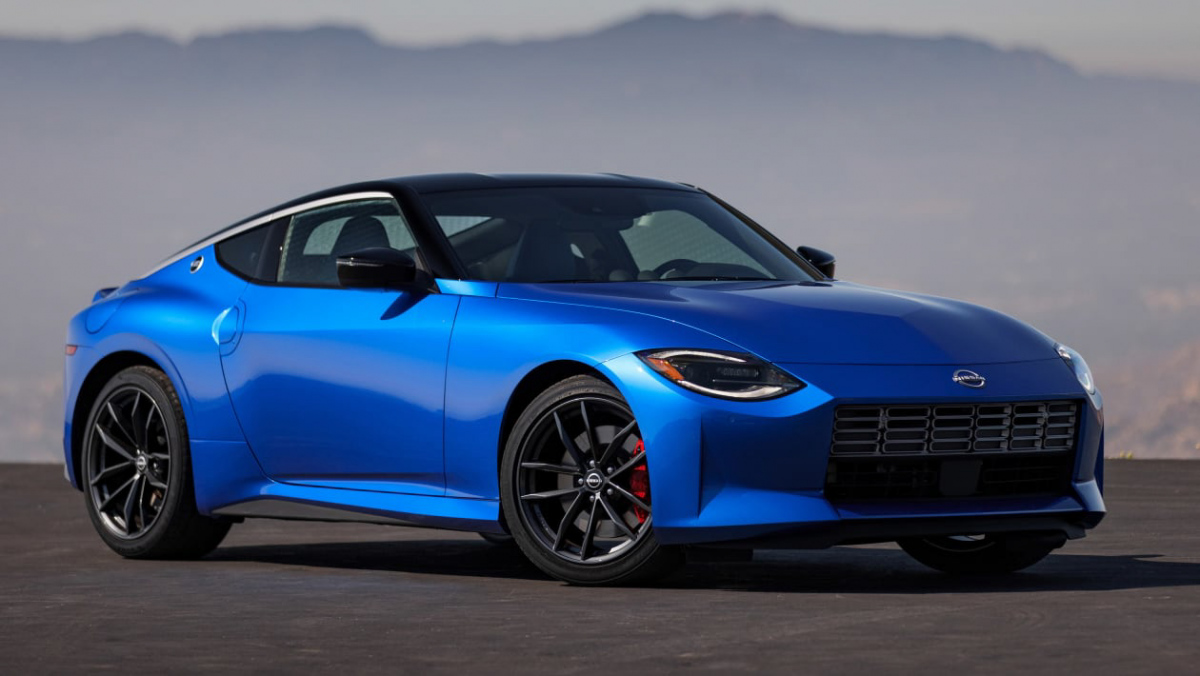 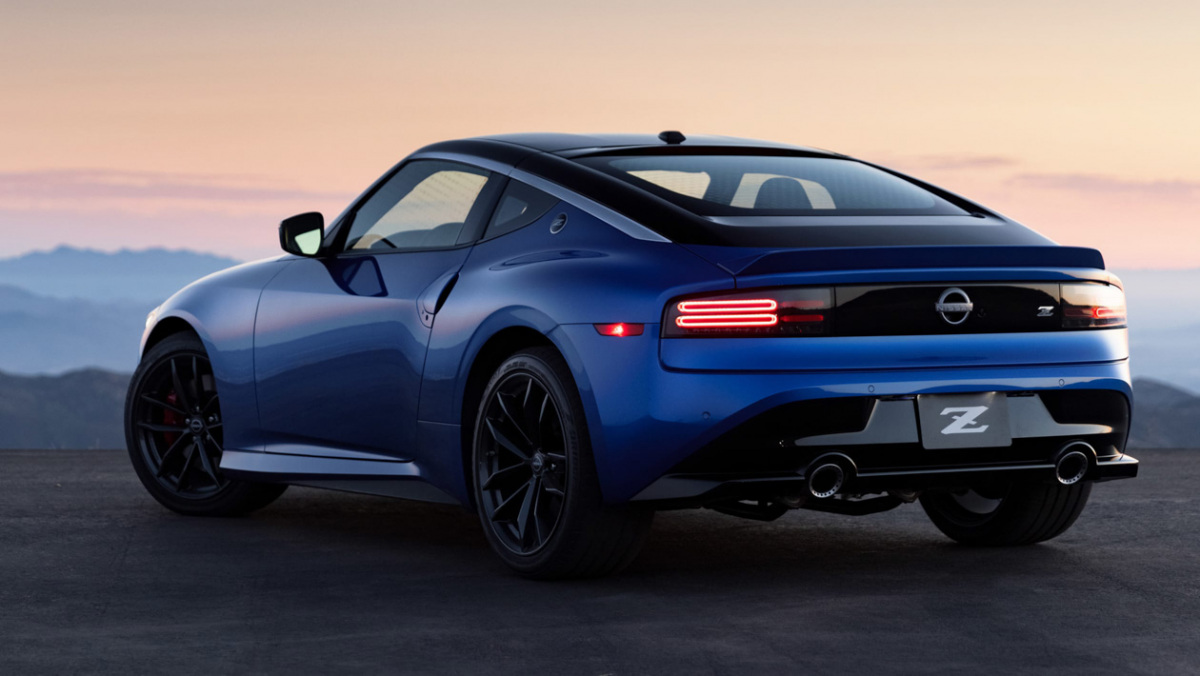 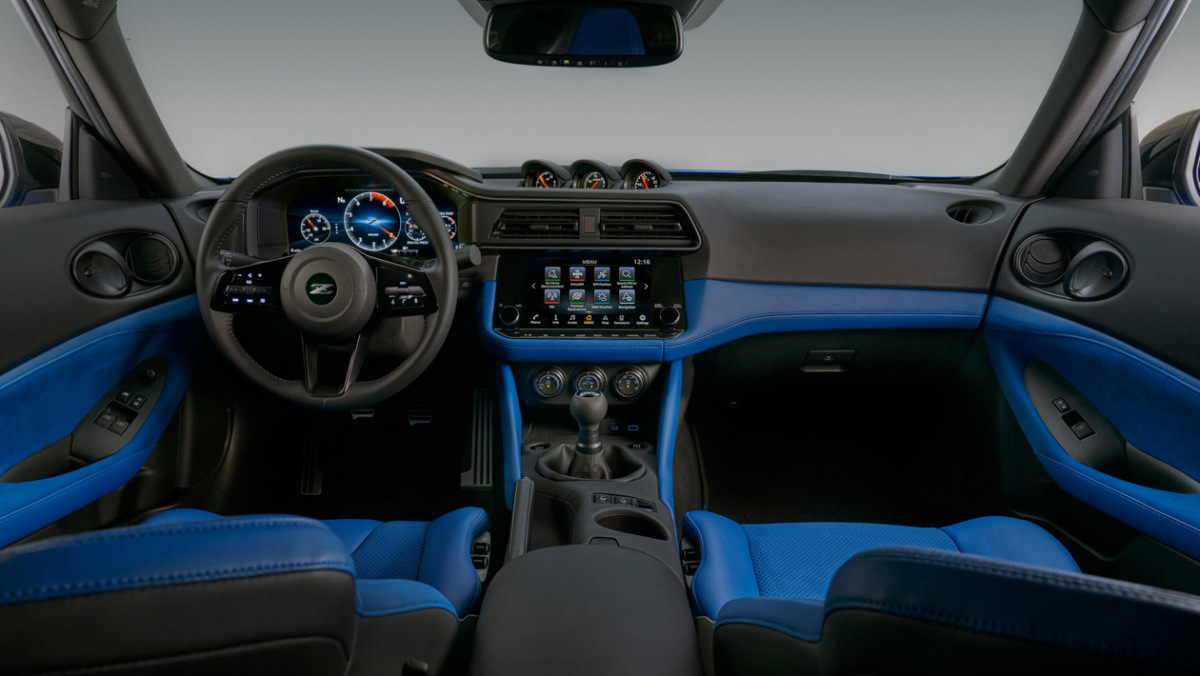 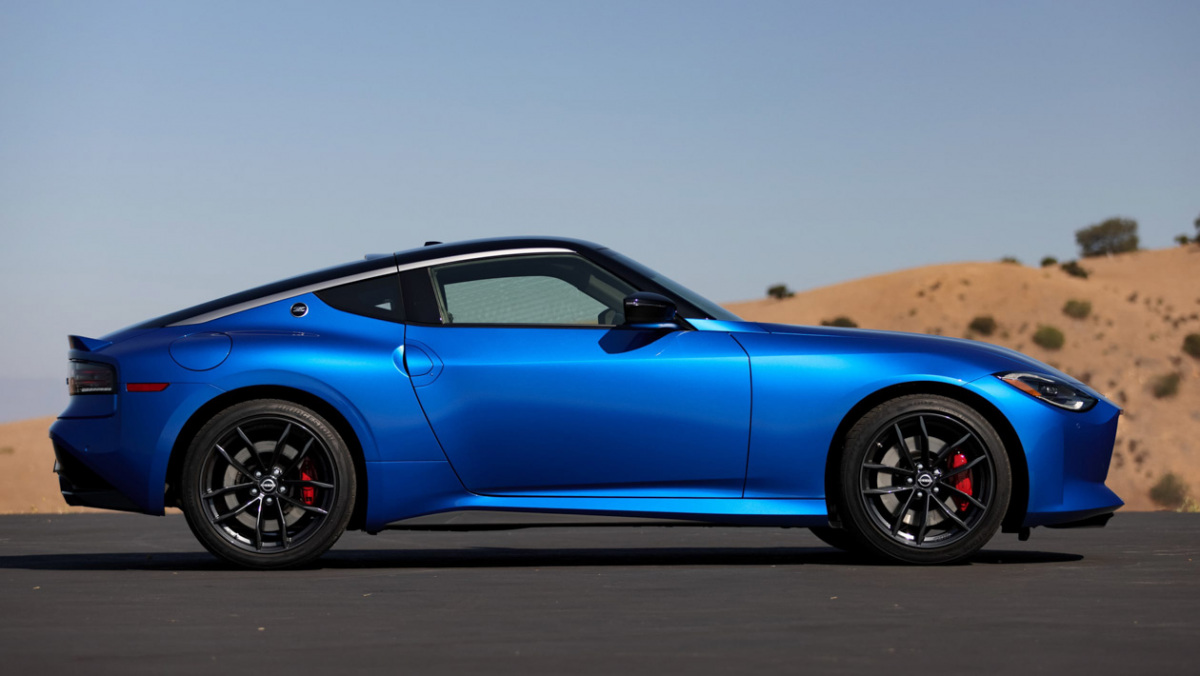 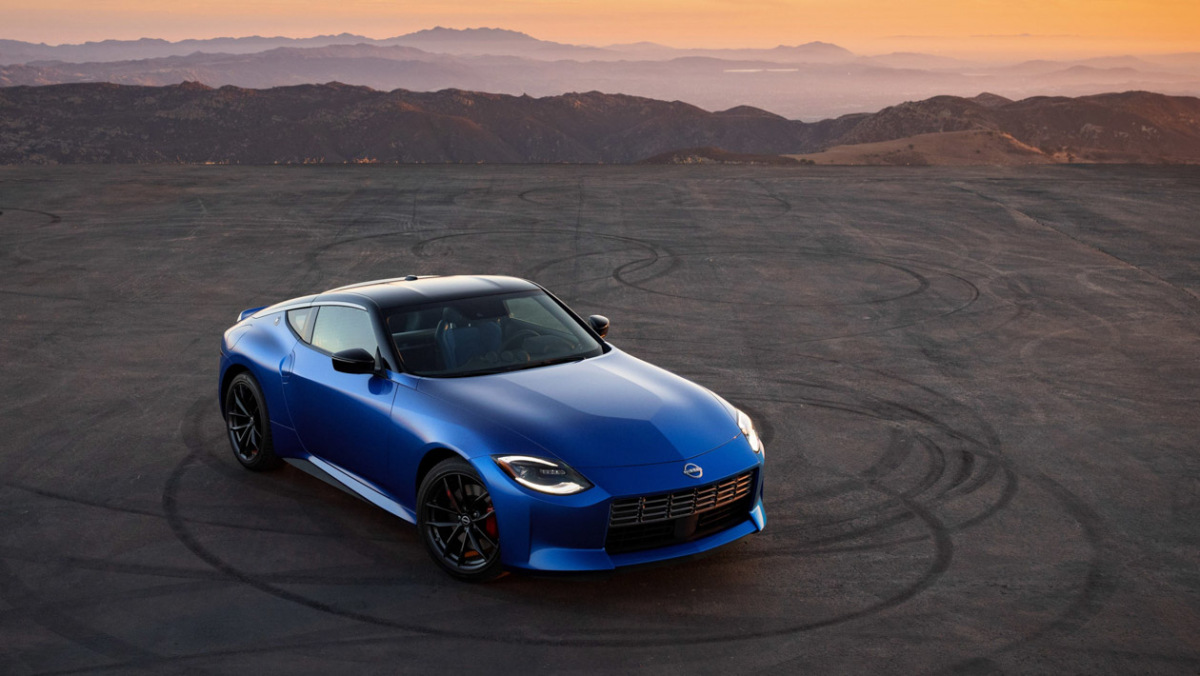 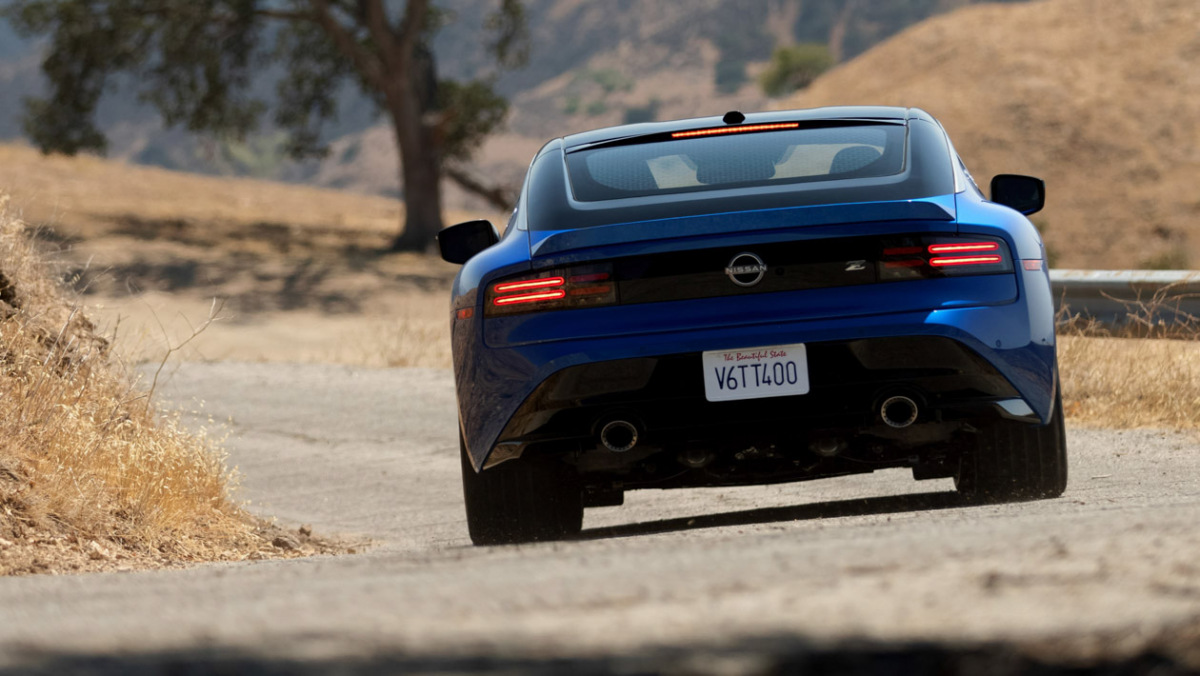 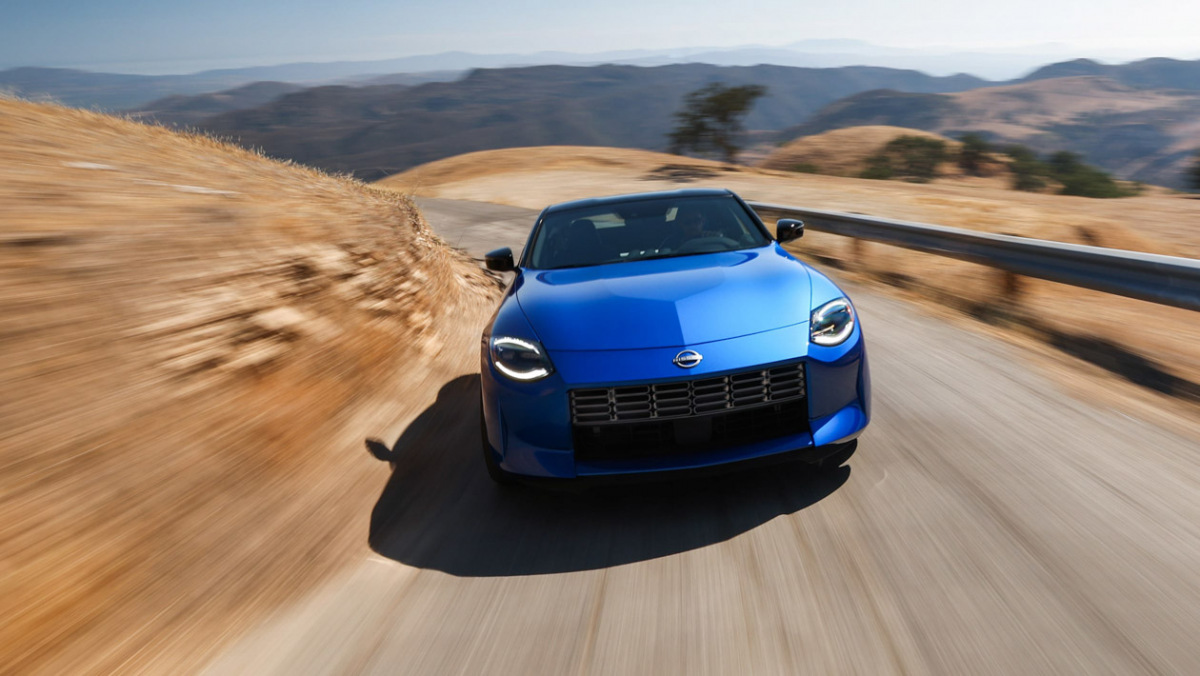 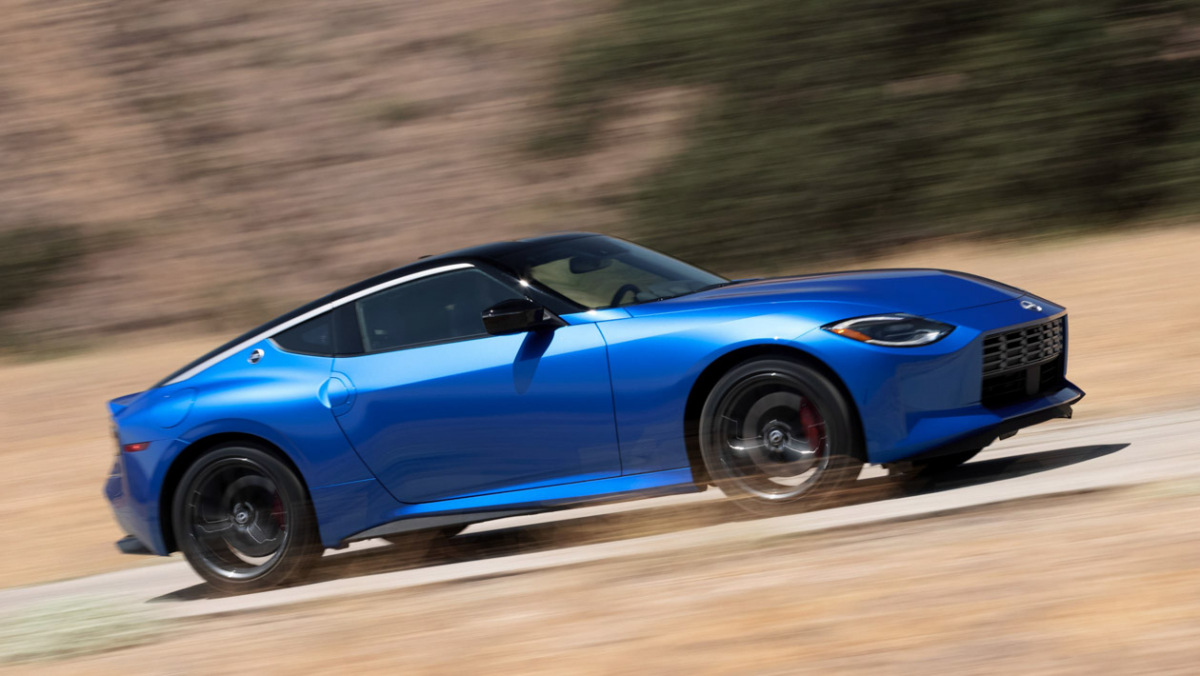 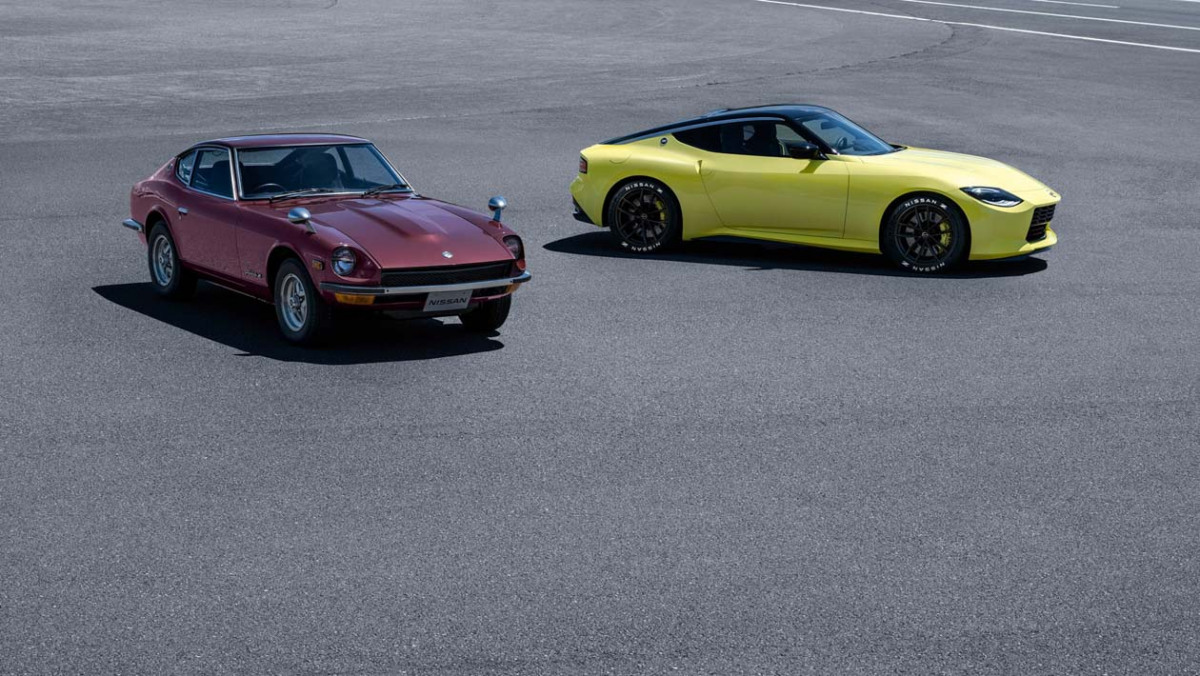 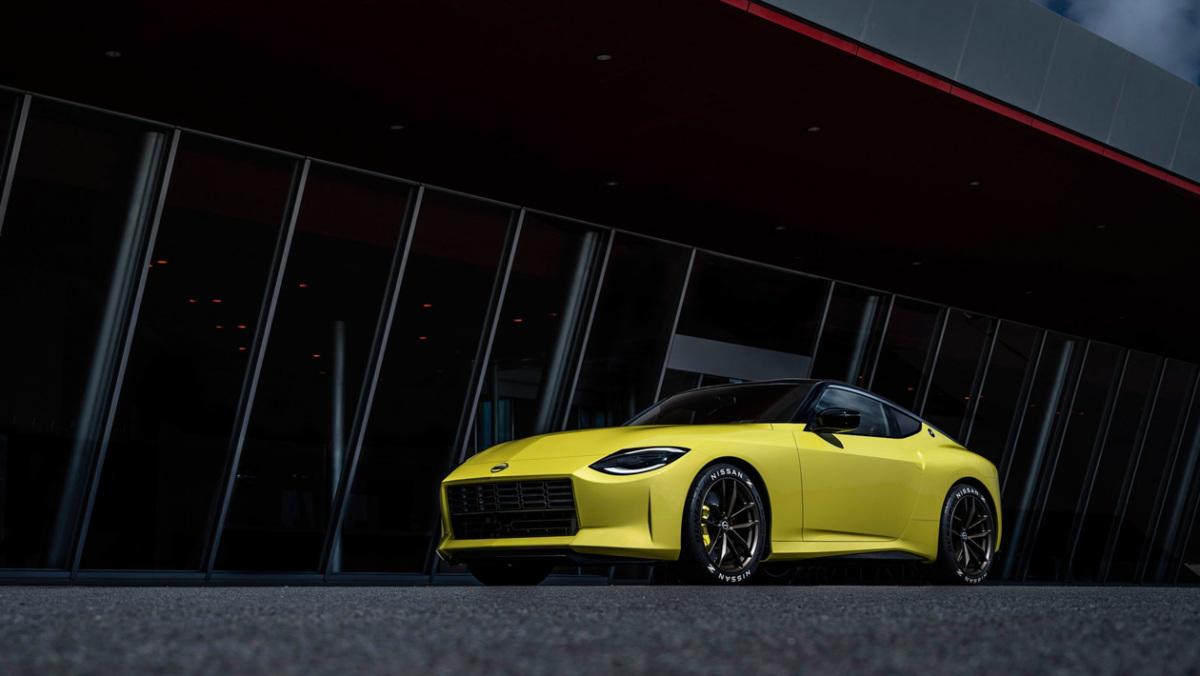 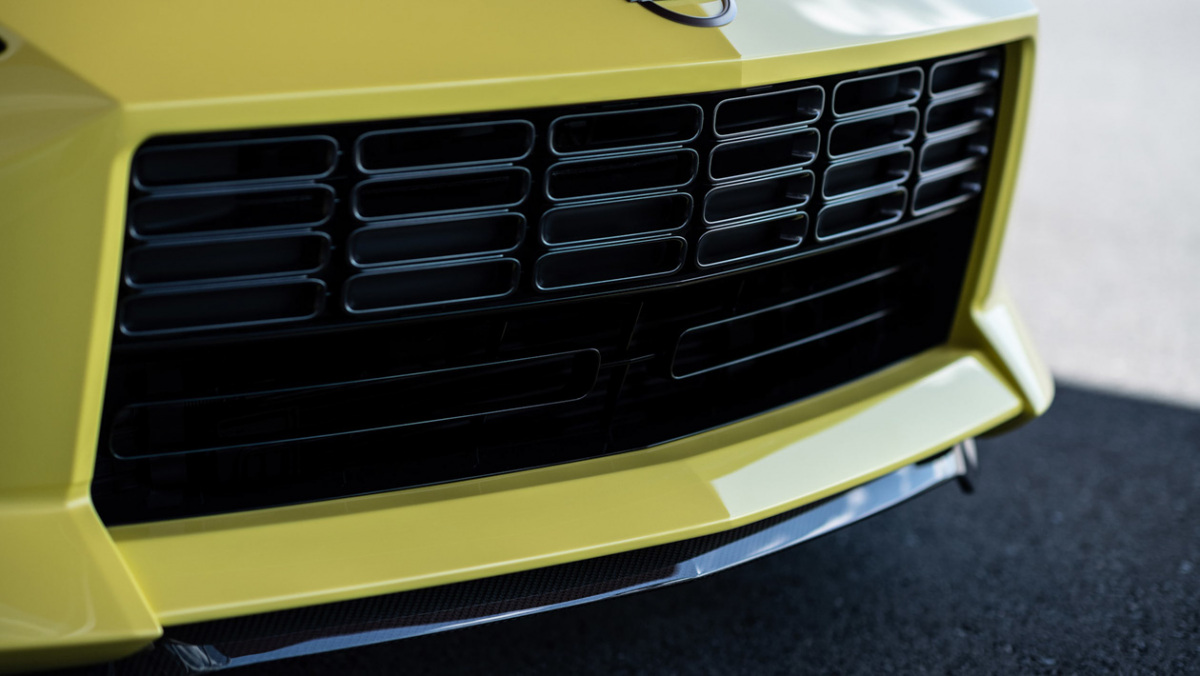 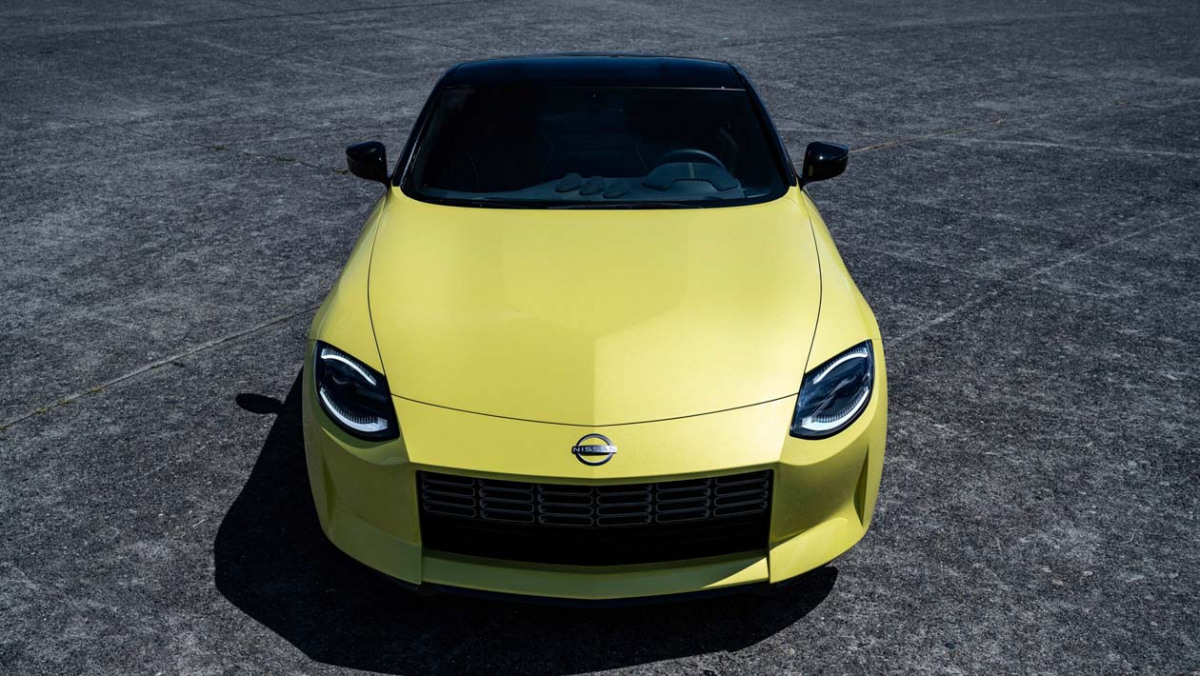 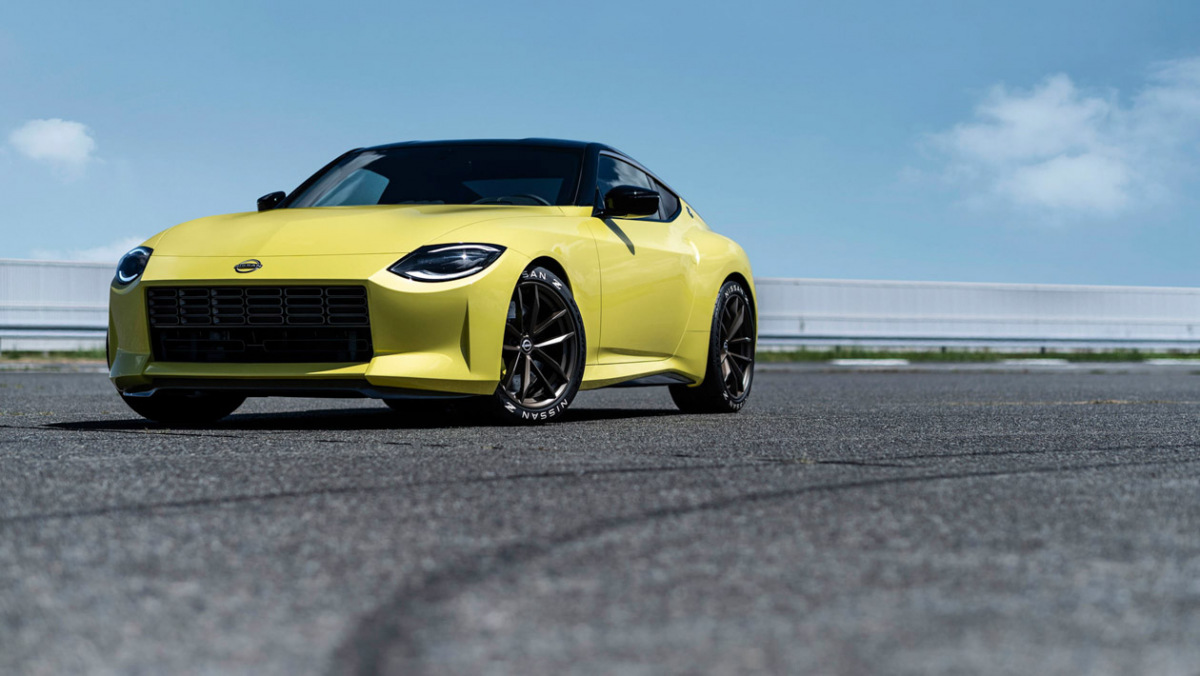 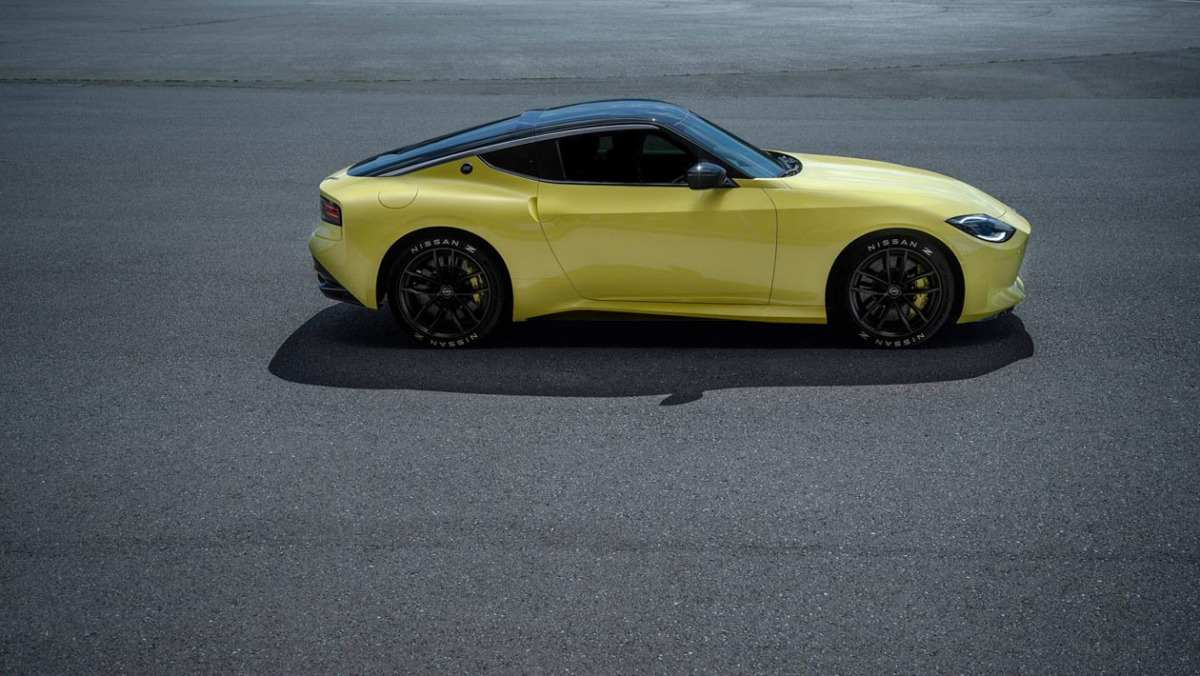 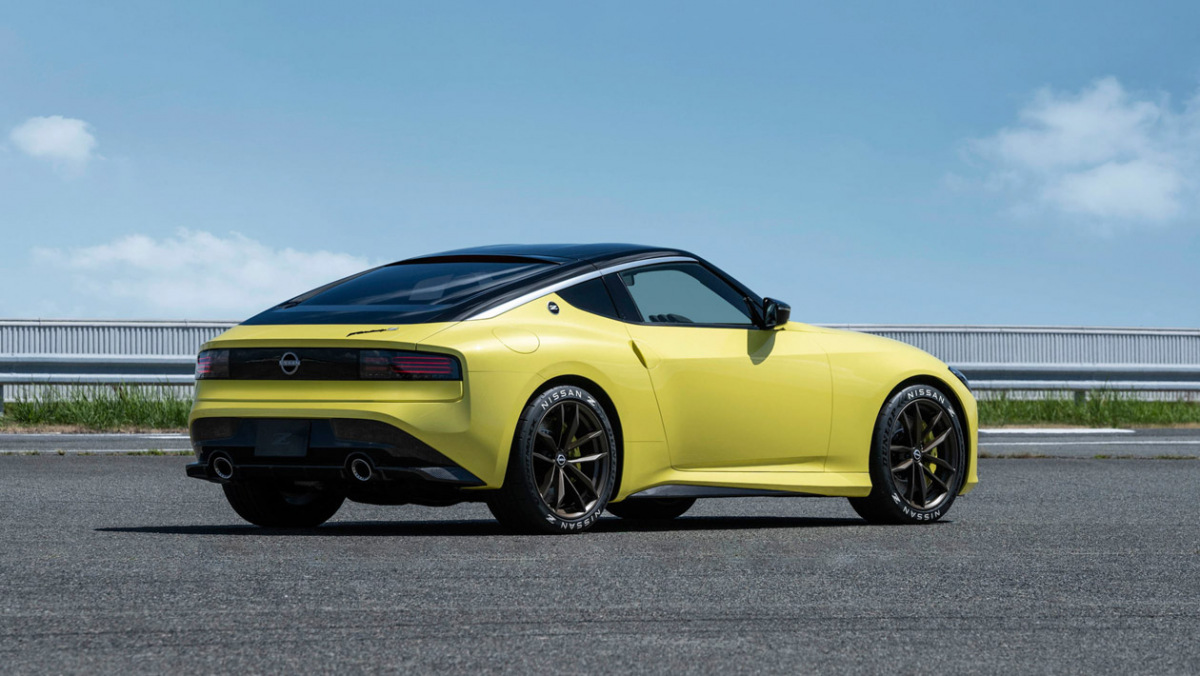 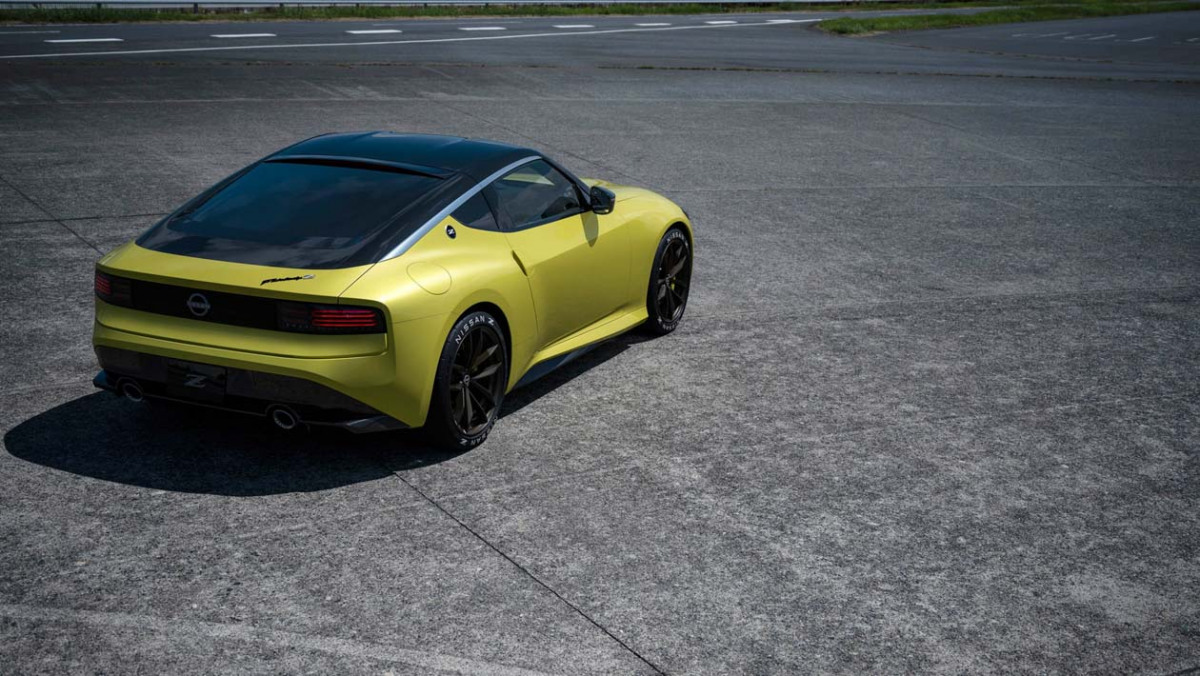 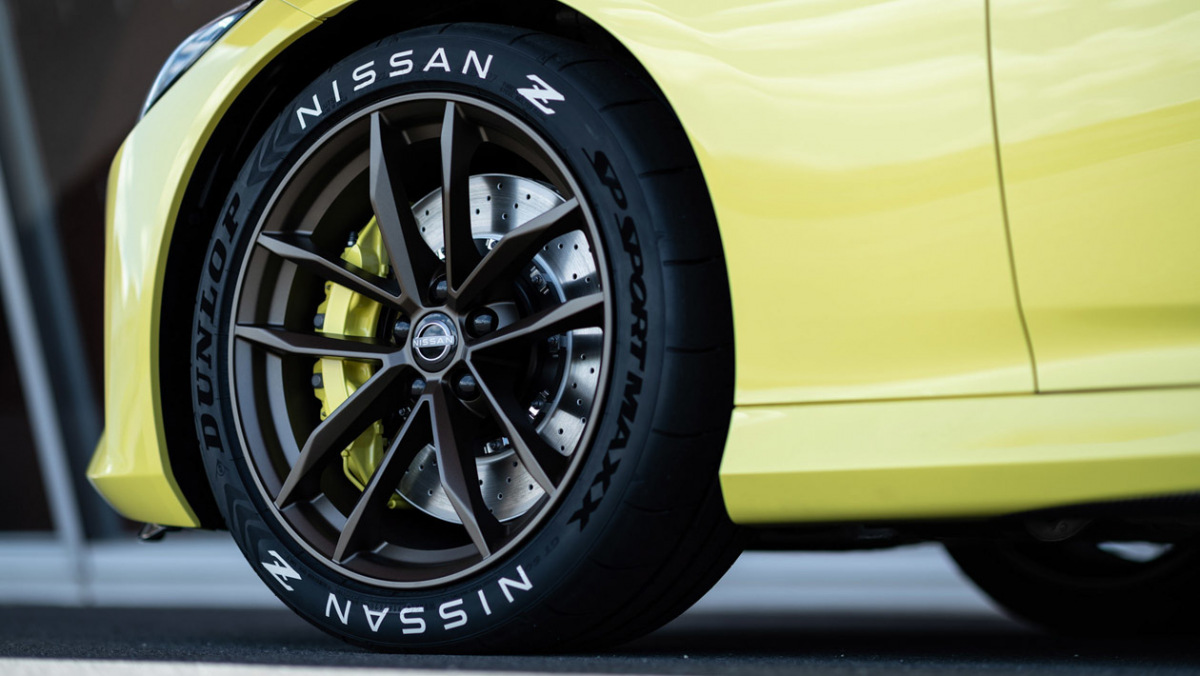 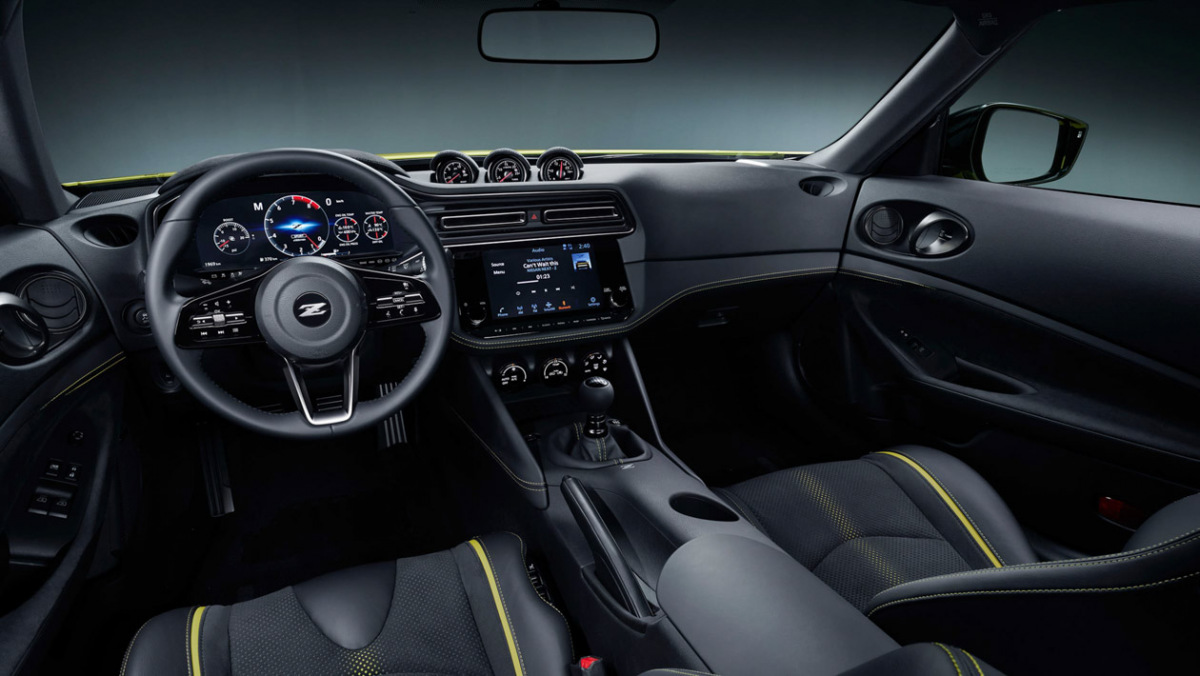 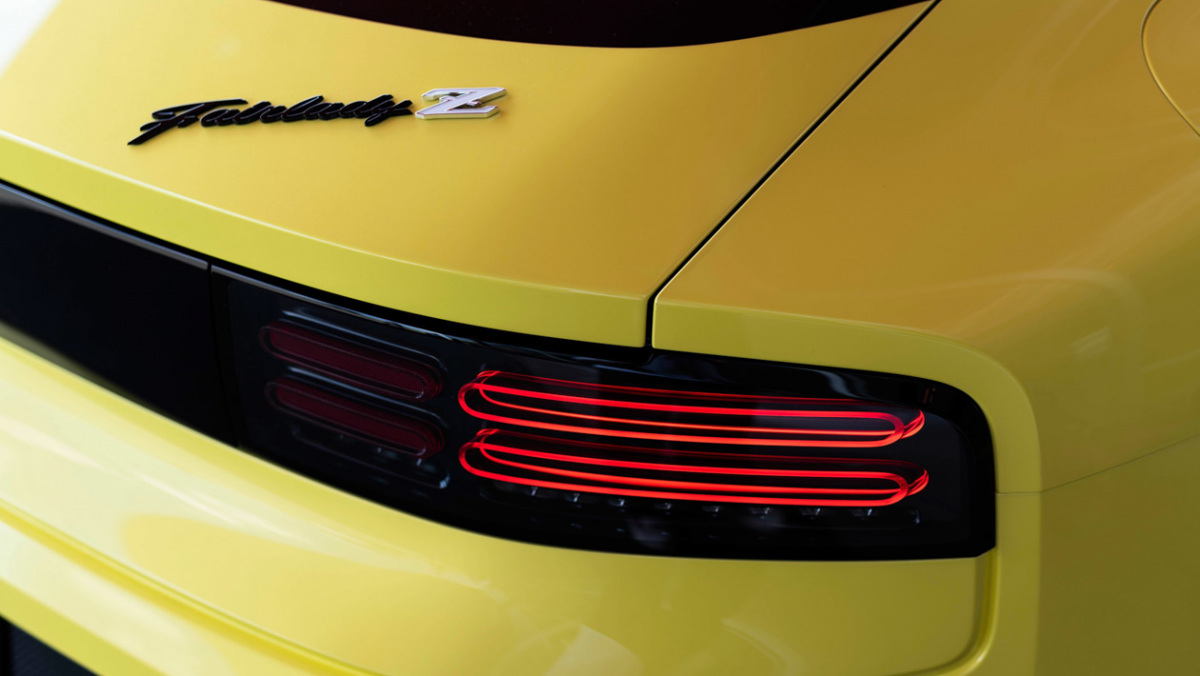 Nissan has finally revealed its fully production-ready Z sports coupe, the next in a long line of Z-cars that originated back in the 1960s and has continued largely unbroken since. This connection to its forebears isn’t just for show either, as the new Z isn’t hybridised or all-electric, but powered by a good old-fashioned twin-turbo V6 engine, driven through the rear wheels with a six-speed manual transmission as standard.

The new Nissan Z shares its two-seater two-door configuration (and underlying chassis) with its 370Z predecessor. At 4382mm long the Z is 142mm longer than the 370, and almost bang-on the same length as a Toyota GR Supra. At 1850mm wide and 1310mm tall it is a little narrower and taller than the Toyota, but has an identical footprint on the road with a combination of 255/40 R19 front and 275/35 R19 rear rubber (on the upper two trim levels).

Under the bonnet is a twin-turbocharged V6, specifically the VR30DDTT unit that powers high-specification variants of the Infiniti Q50 and Japanese-market Nissan Skyline. Power is rated at an even 400bhp, with 350lb ft of torque available from a relatively high 5600rpm. This puts its figures quite significantly higher than EU-specification Supras, which produce 335bhp from their BMW-derived B58 unit, although in other markets, including Japan and the US, the Toyota is rated at 382bhp, which gives the Nissan a higher figure to aim for.

Another contrast is that Nissan’s next Z will be available with a six-speed manual transmission, rather than being auto-only like the Supra with its eight-speed unit. While the two powertrains sound similar in concept, the combination of a manual transmission and an engine not developed in Europe are likely to be contributing factors in the Z’s inability to pass EU regulations.

The manual transmission is accompanied by a carbonfibre driveshaft and has a rev-matching function – something that the 370Z pioneered back in 2008 – plus a launch control function that’ll electronically hold the revs at the optimum level when the clutch is dipped, ensuring the fastest possible getaway when the clutch is released. Nissan will also offer the Z with a nine-speed automatic transmission, and all ‘Performance grade’ models also feature a totally mechanical limited-slip differential.

Aesthetically, the Nissan Z draws its inspiration from two of its most famous predecessors, the original 240Z and the 1990s 300ZX. The silhouette is pure ’70s Nissan, with a long bonnet, wraparound screen, flat roof and familiar C-pillar motif. The nose is dominated by a single aggressive opening, flanked by two LED headlights that, together with their surrounding bodywork, mimic the circular headlights of the 240Z.

The clean, simple surfacing is another nod to the Zs of yesteryear, ending in a tail that includes some references from the 300ZX around the new LED tail lights. The design is squat, compact and traditional in most senses, and lacks the almost caricature-like expression of a Toyota Supra or Alpine A110. The Nissan’s interior has also been revealed, showing off a simple layout dominated not by digital interfaces – although there are many – but a simple driver-centric graphic that tilts the whole dash towards the driver. As with almost all Zs, three round auxiliary dials are incorporated into the upper dash, while the manual gearlever and handbrake (yes, it has a manual handbrake) sit within a pleasingly restrained centre tunnel.

There is a pretty big catch with the new Nissan Z car, however. It won’t be coming to Europe. Nissan Europe confirmed such upon the earlier reveal of a concept version of the new Z, stating: ‘The Nissan Z Proto is an homage to Nissan’s sports car heritage, passion and innovation, updated for the modern age. However, a shrinking European sports cars market and specific regulations on emissions mean that Nissan was unable to build a viable business case for the introduction of the production version of the next generation Z-car in Europe. In Europe, Nissan’s priorities remain on its commitment to renew its crossover line-up and accelerate its range electrification strategy.’

While it is a huge shame that the Nissan Z will not be available locally, it’s important to remember how expensive it is to enter the high performance market in Europe thanks to our tough emissions regulations. Unfortunately it’s the old-school elements that make the Z feel so refreshing in our modern age of dual-clutch transmissions and hybridised powertrains that will also keep it from sales viability here. It is worth remembering, however, that the Nissan-Renault alliance still has a modern, fantastic sports car to take our fancy in the form of the Alpine A110, a car we feel is still a superb example of how good a lightweight, relatively affordable sports car can be when engineered with the right tools and by the right teams.