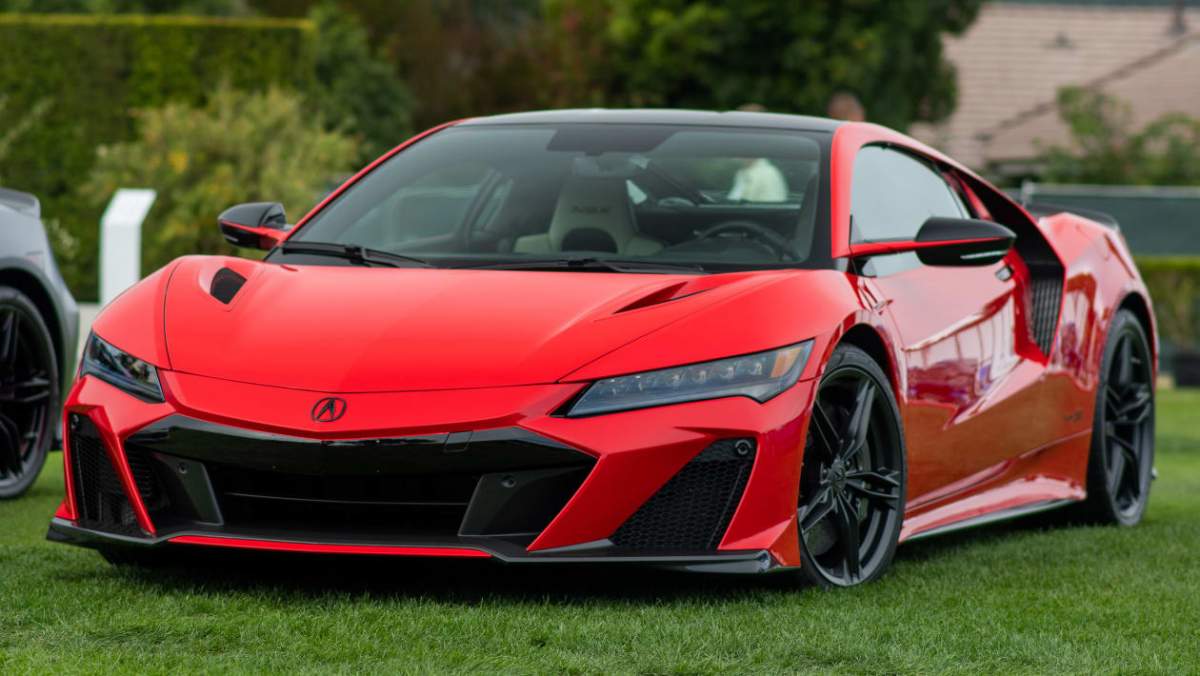 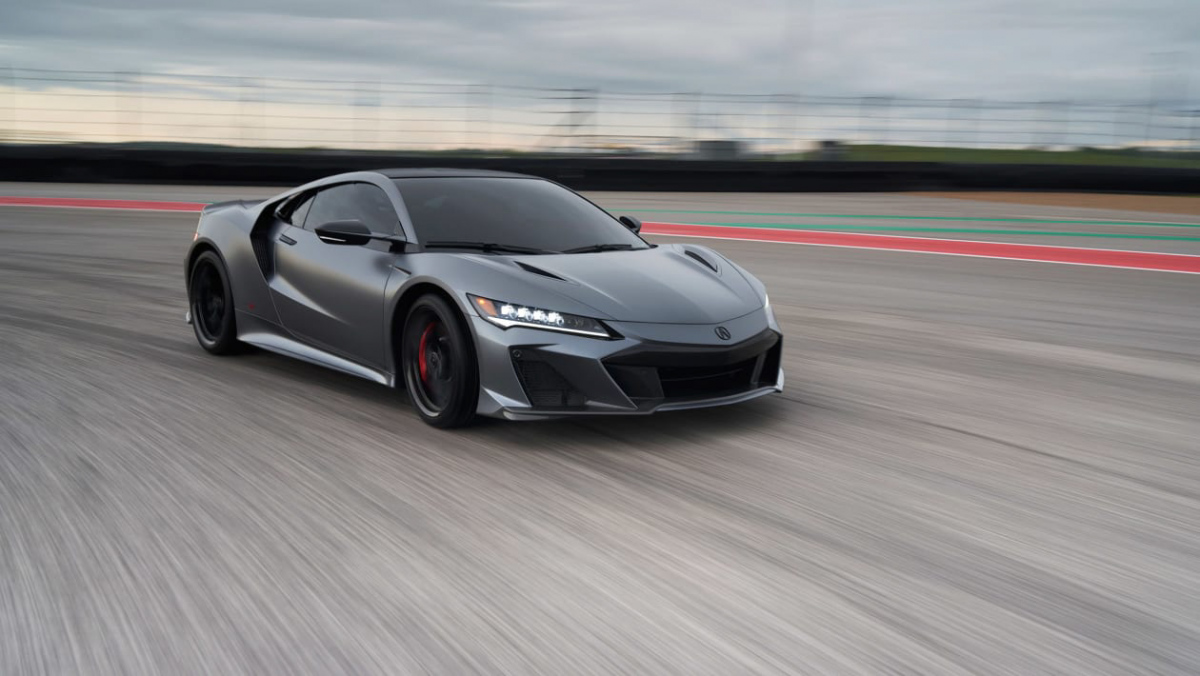 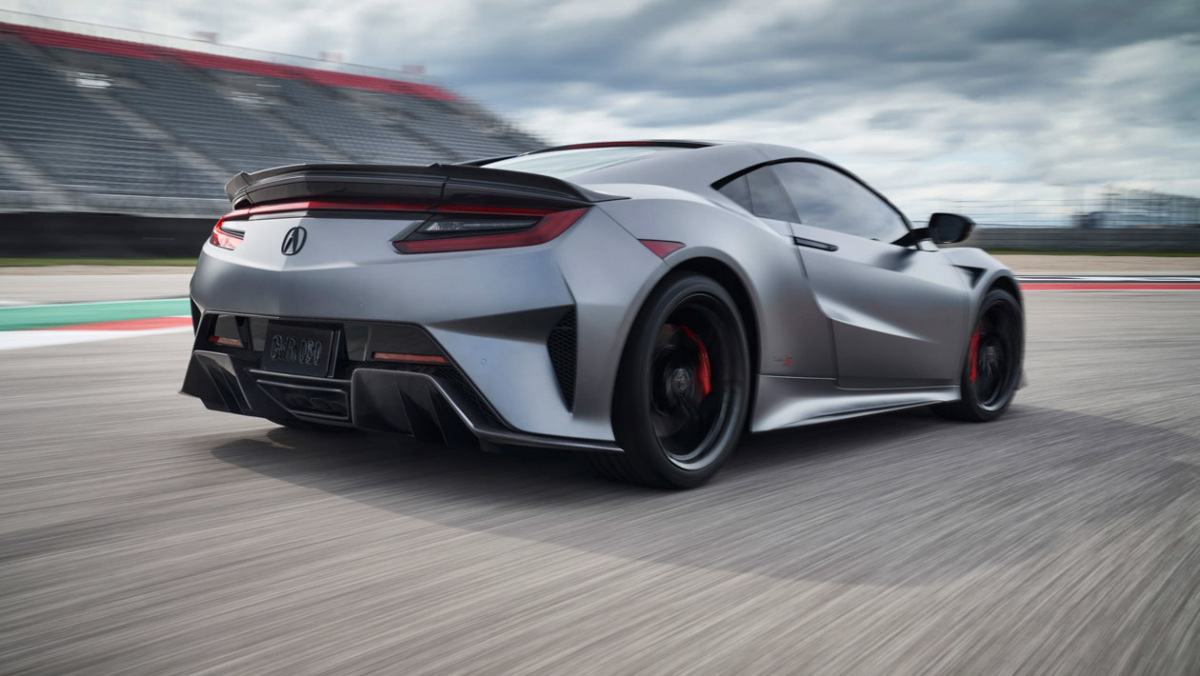 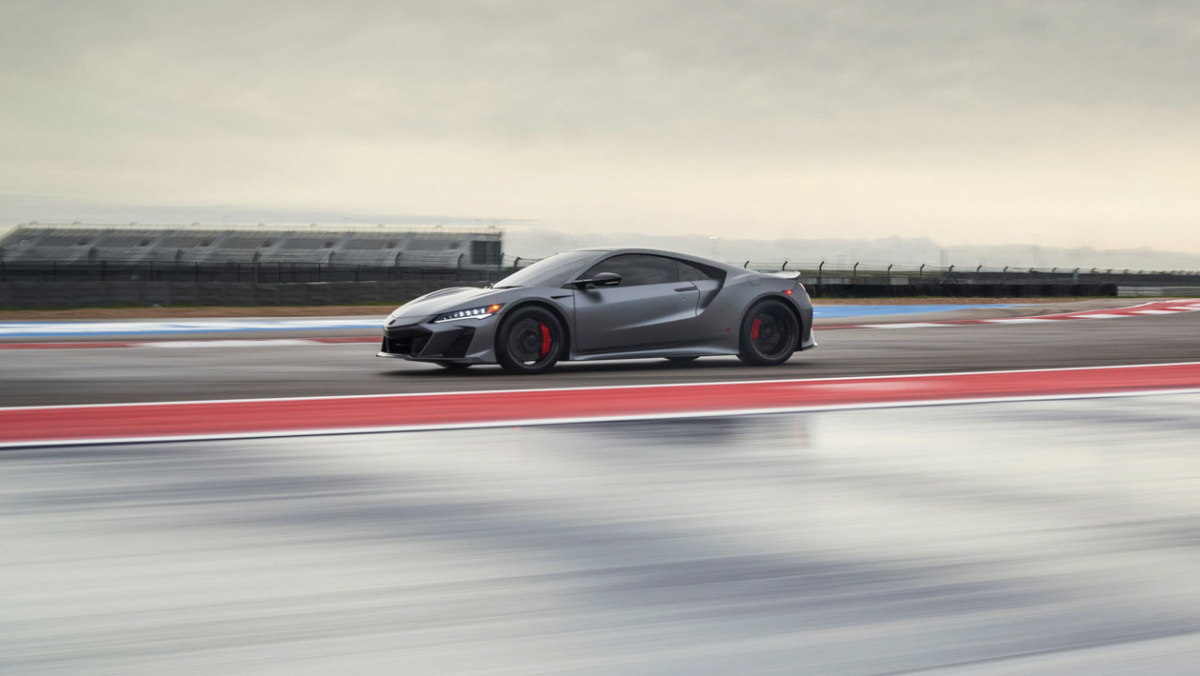 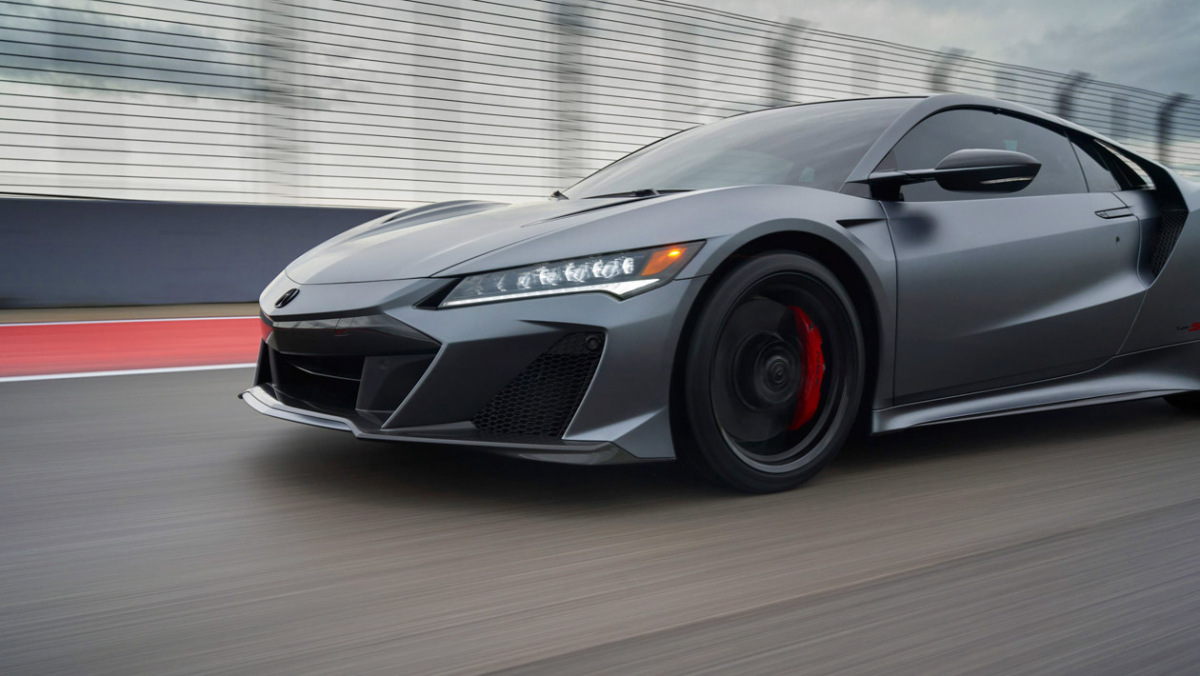 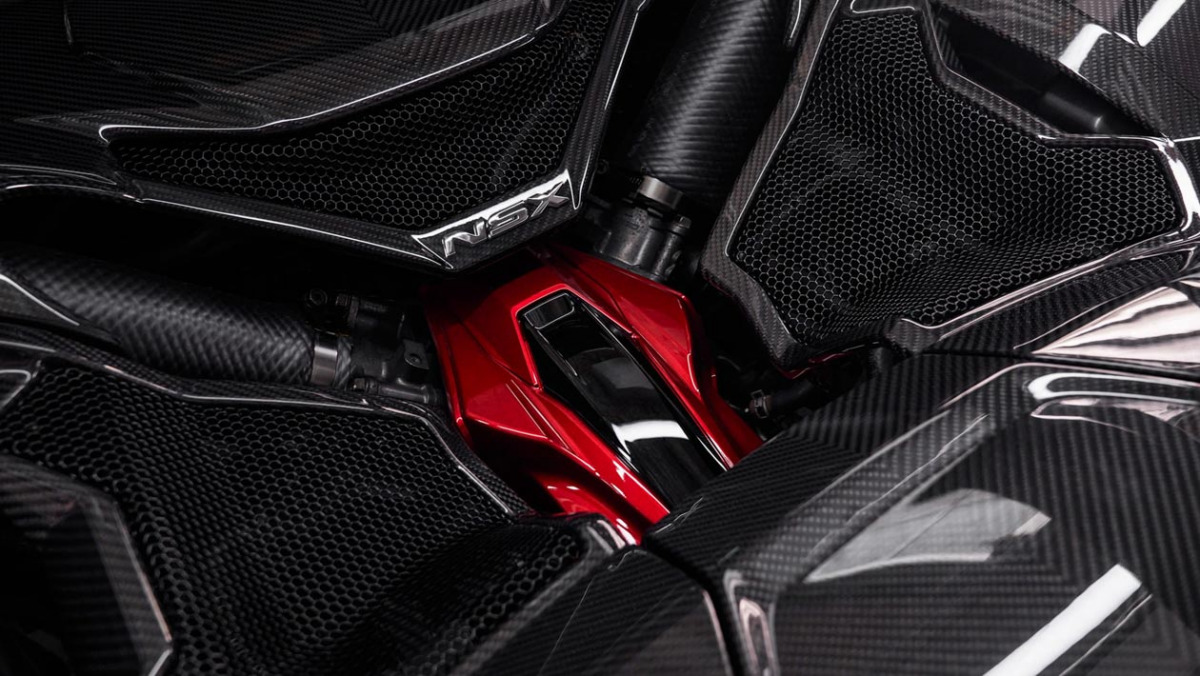 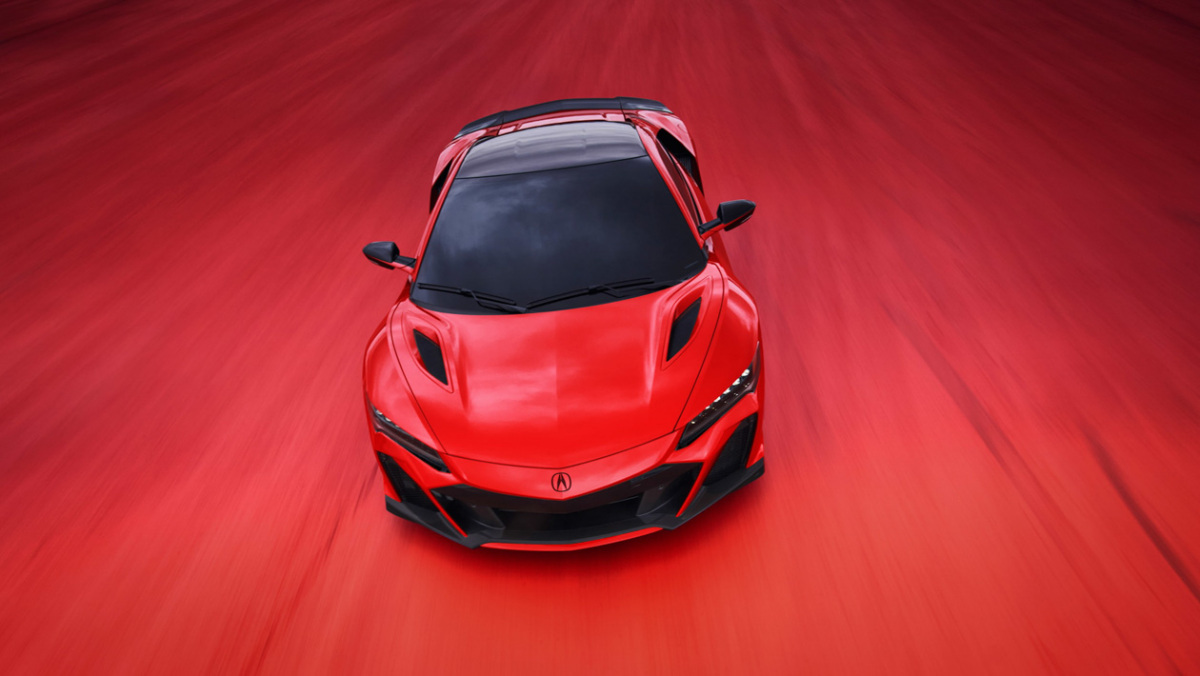 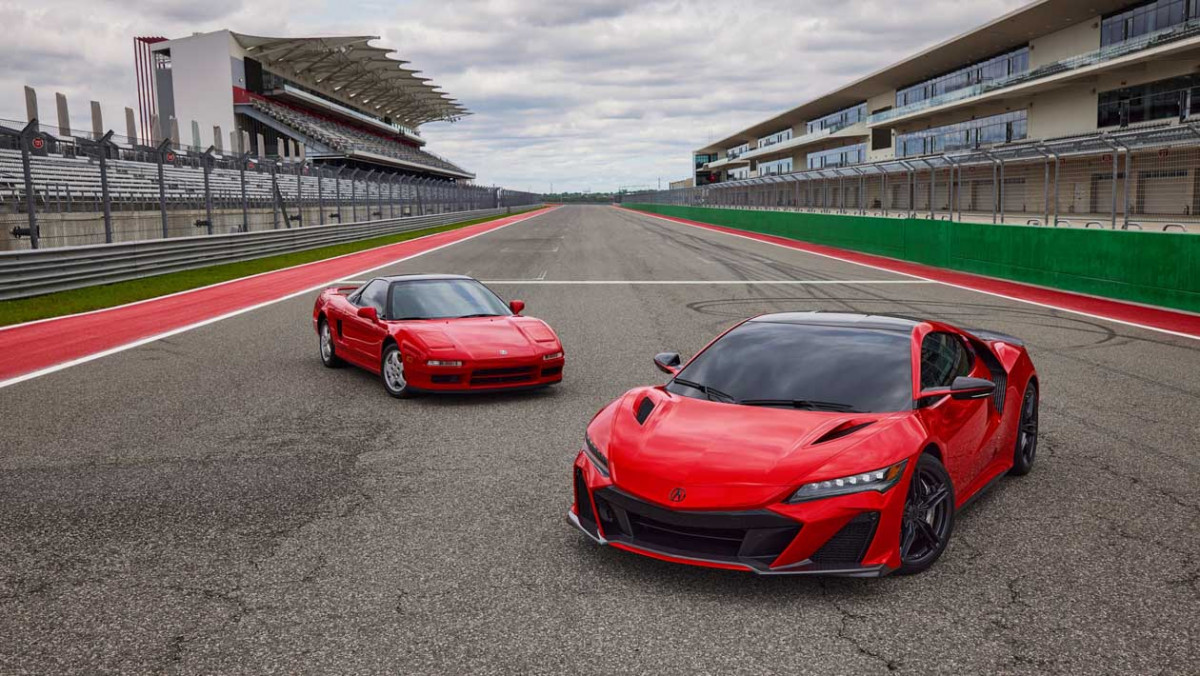 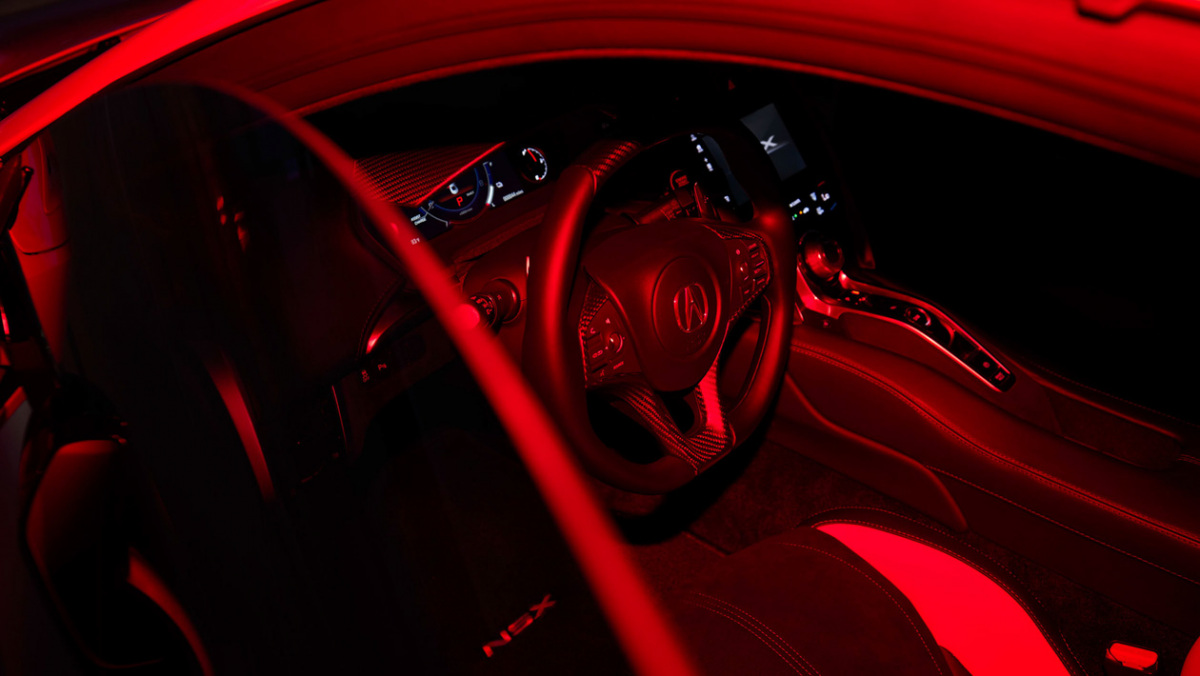 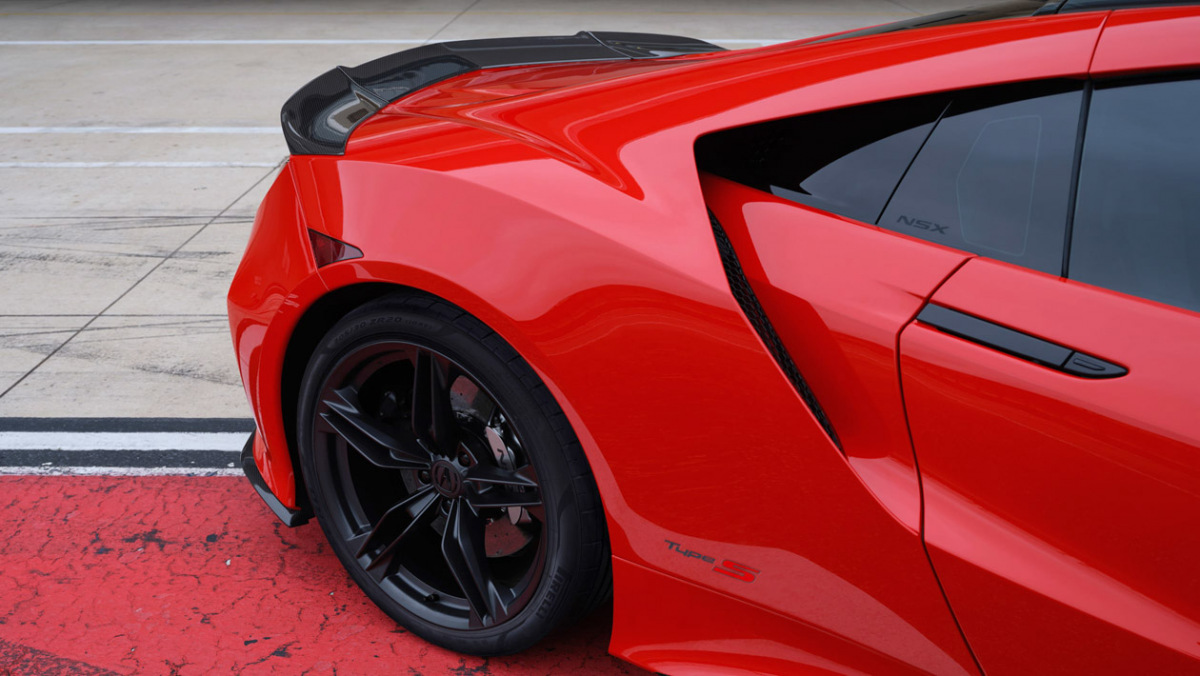 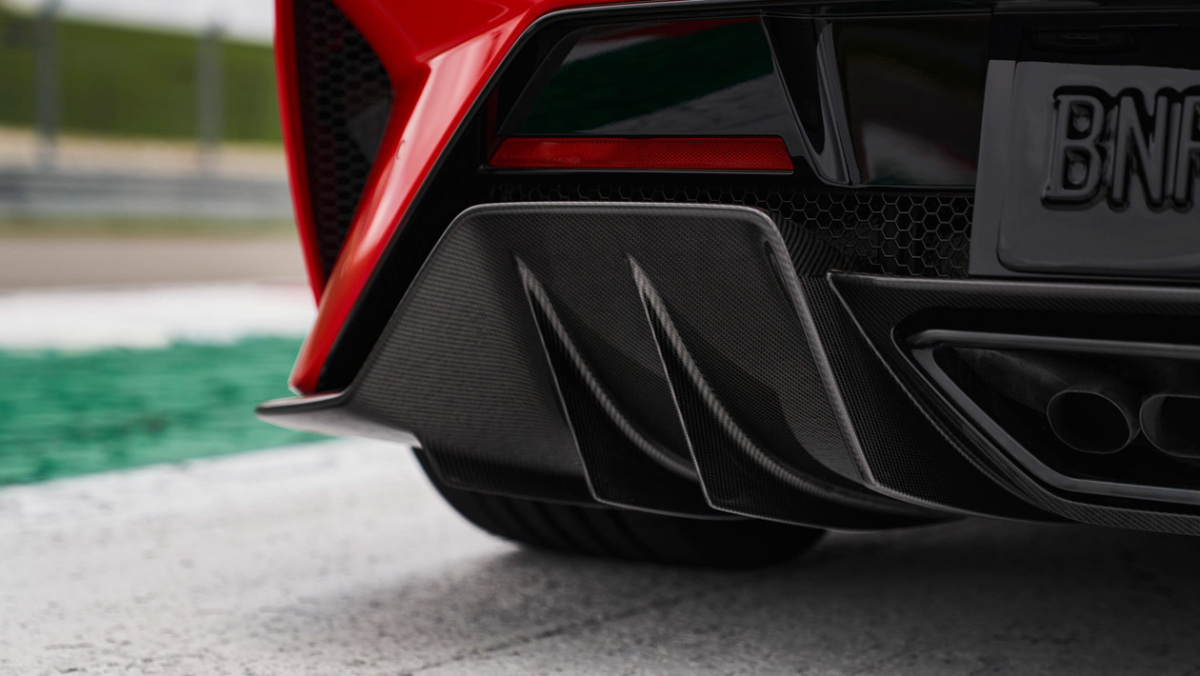 Acura has officially revealed its new NSX Type S, confirming that the updated hybrid supercar will celebrate the end of NSX production with more power, less weight and a honed chassis. Limited to 350 units globally, 300 will be allocated to the USA with the remaining units split between central America and Japan.

Key updates to the new NSX start with the powertrain, which has been upgraded with new turbos borrowed from the NSX GT3 racing car that have a six percent increase in peak boost pressure to 16.1psi. There are also larger intercoolers and new fuel injectors with a 25 percent higher flow rate. Together, these changes yield a 26bhp and 16lb ft increase in the 3.5-litre V6’s output, which combined with the NSX’s three electric motors equate to a total equivalent power and torque output of 593bhp and 492lb ft of torque.

The electric motors on the front axle have been given a lower final drive to improve acceleration off the line, and the battery itself has also been upgraded, with 20 percent more capacity and a 10 percent increase in battery output. The nine-speed dual clutch transmission has been tweaked and is now able to upshift up to 50 per cent faster, while also coming with a new rapid downshift function that will drop multiple gears at once when holding the downshift paddle. Specific performance figures have yet to be released, but expect a subtle improvement on the standard NSX’s 3.3sec 0 to 100kph time and 307kph top speed.

Acura has also recalibrated the dampers, and there are a new set of specific Pirelli P Zero tyres wrapped around wider forged wheels that extend the track widths by 10mm on the front axle and 20mm at the rear.

The brakes are six-piston Brembo calipers on steel rotors as standard, but there is an optional Lightweight Package that bundles a more serious set of carbon ceramic brakes, carbonfibre interior components and a carbon engine cover to reduce overall weight by a further 26kg. While the difference is subtle when taking into account the standard NSX’s 1725kg weight figure, most of that reduction is unsprung.

Acura’s US-based design studio has also reimagined the NSX’s aesthetic, with a new nose that ditches the previous mask-like graphic for a more traditional triple opening that references other Acura Type S models. The rear bumper is also new, with a functional diffuser inspired by the GT3 racer.

Unfortunately, the Type S’s specificity to certain markets is a reflection of the NSX’s varied popularity across global markets. That the USA represented about two-thirds of global sales for this generation of NSX explains the bias towards that market. Where Honda’s varied, often inspired development plans for a future halo product goes from here, though, we can only guess.