Land Rover’s icon has been reimagined for the 21st Century, with a fresh look, new technology inside and out and a family of new hybrid engines 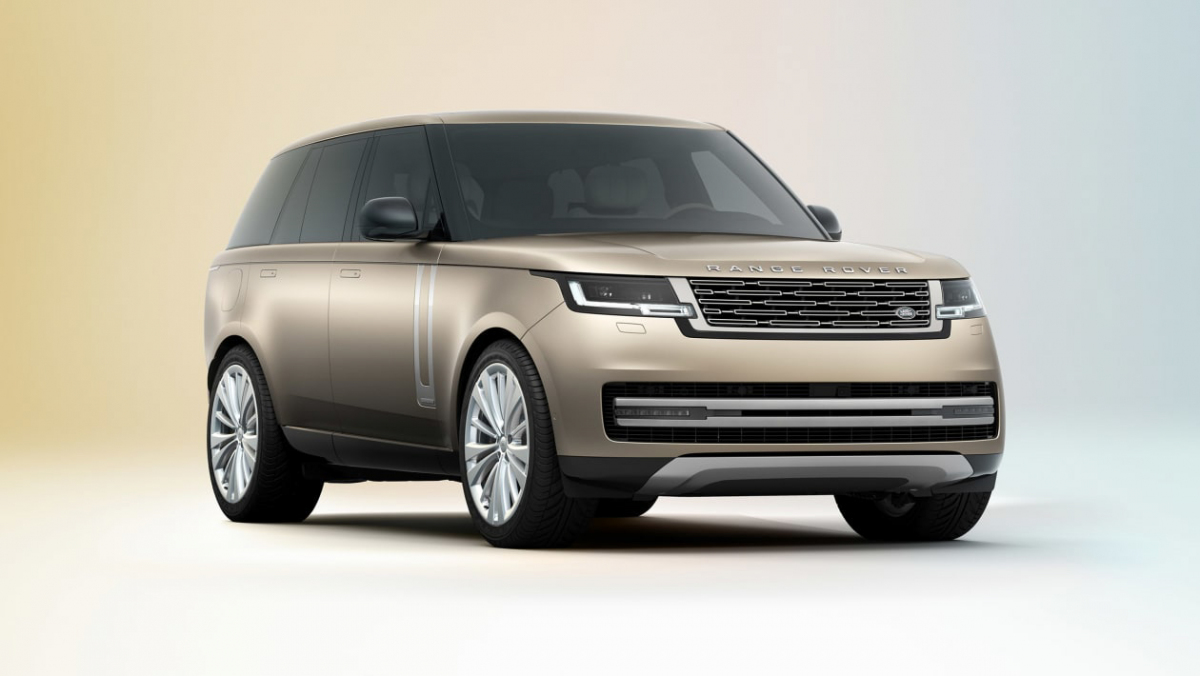 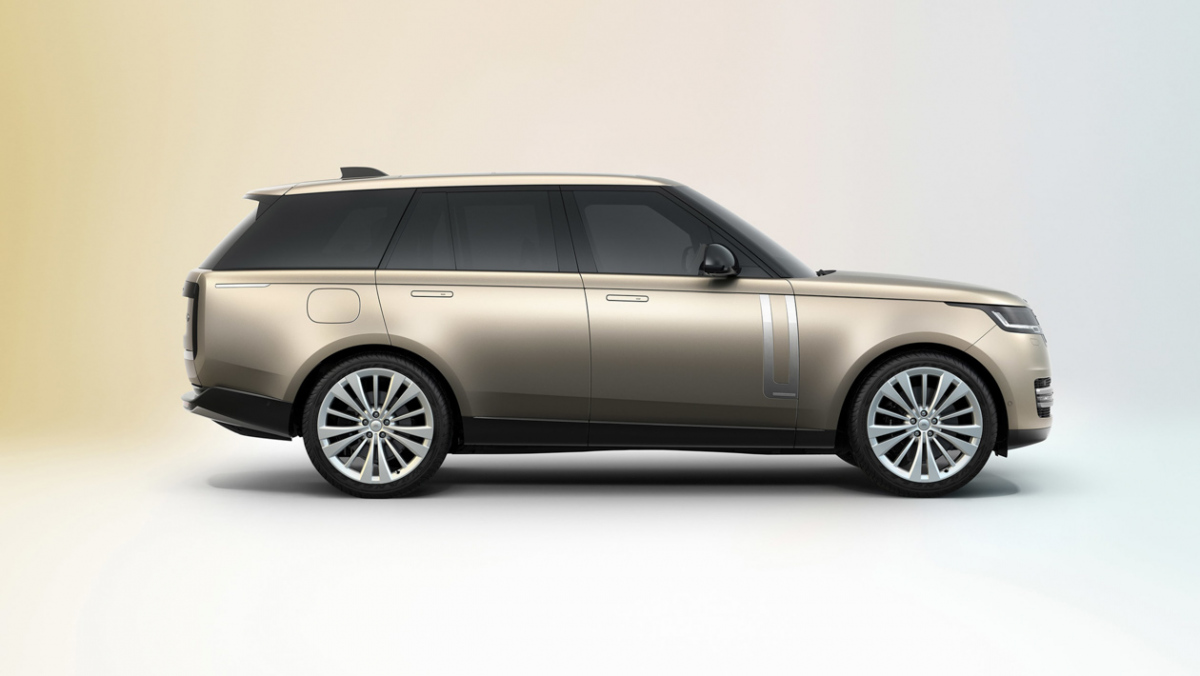 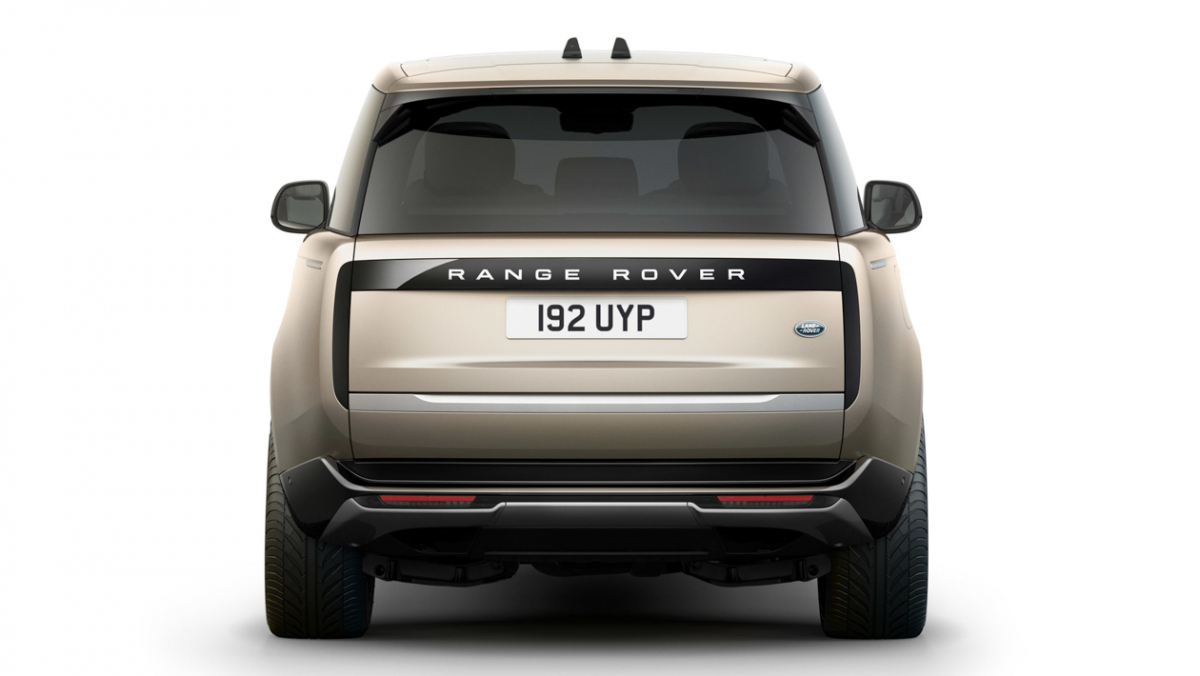 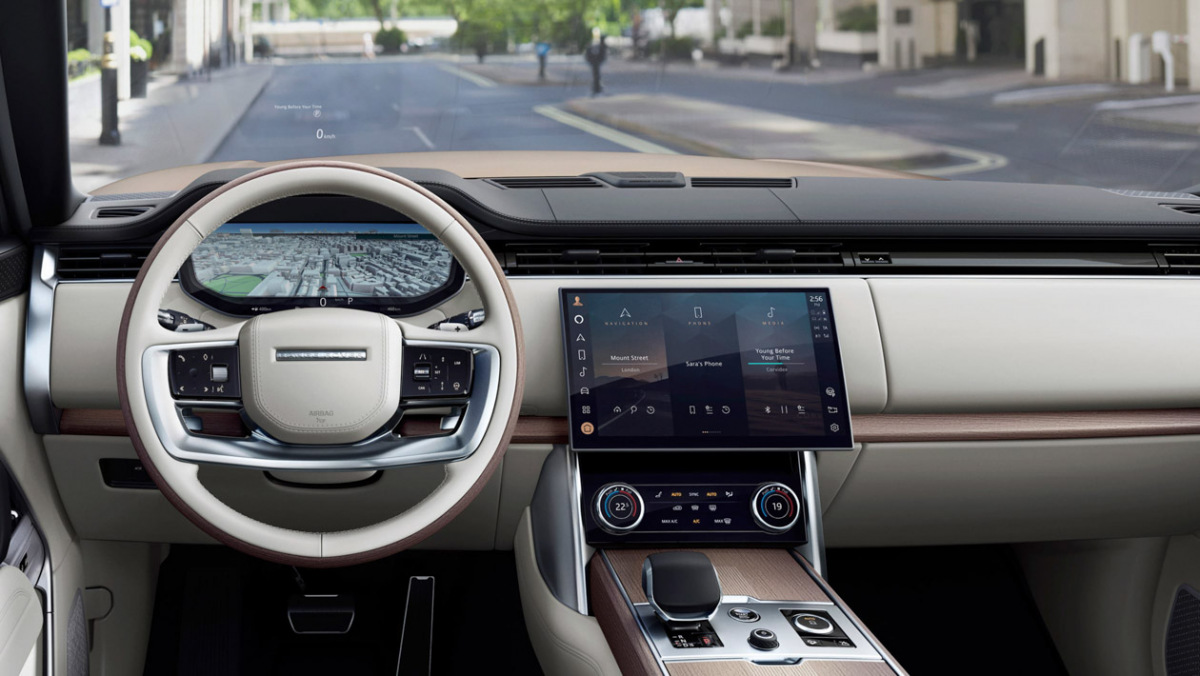 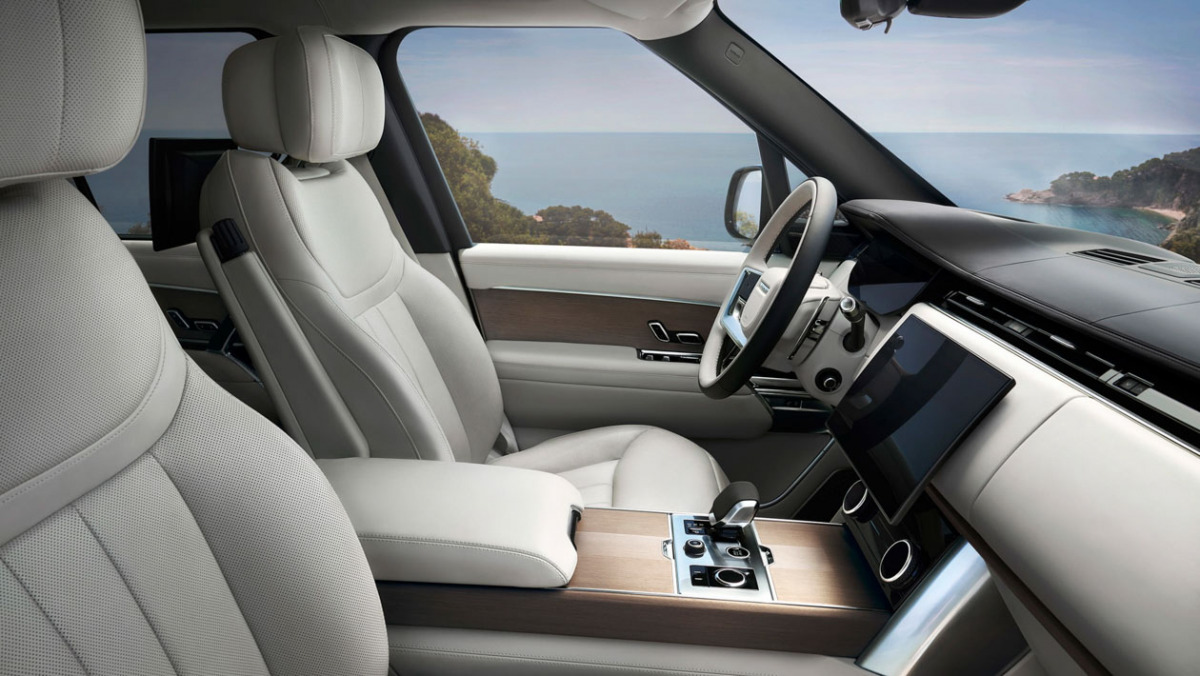 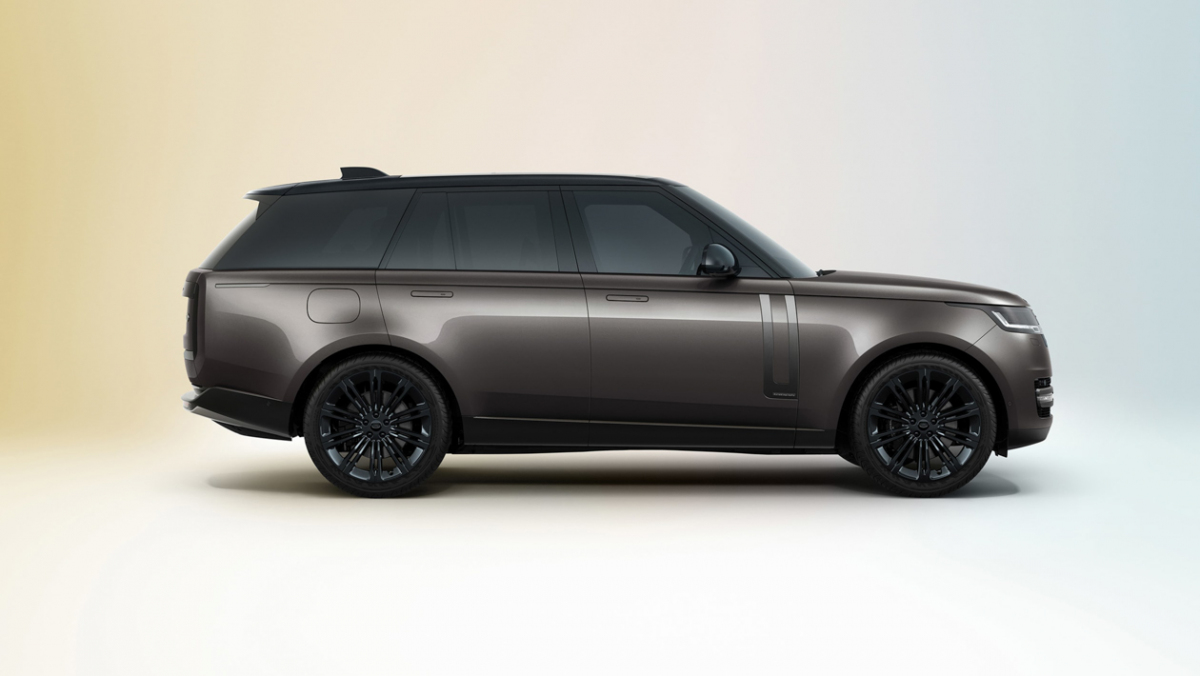 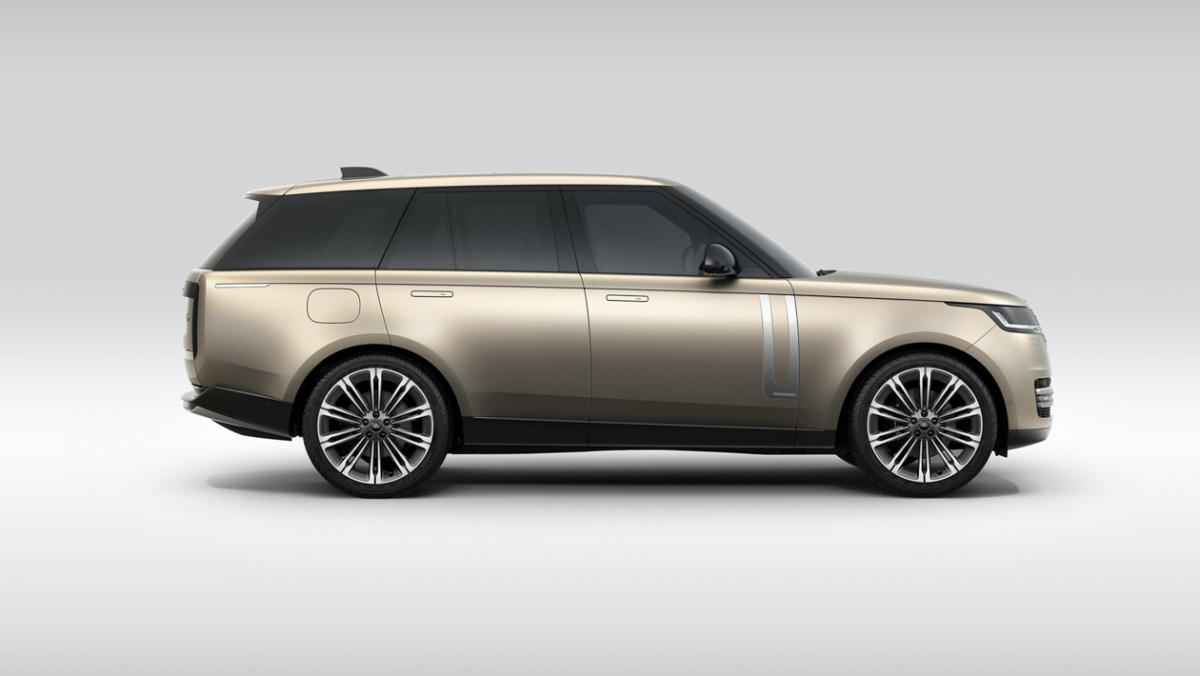 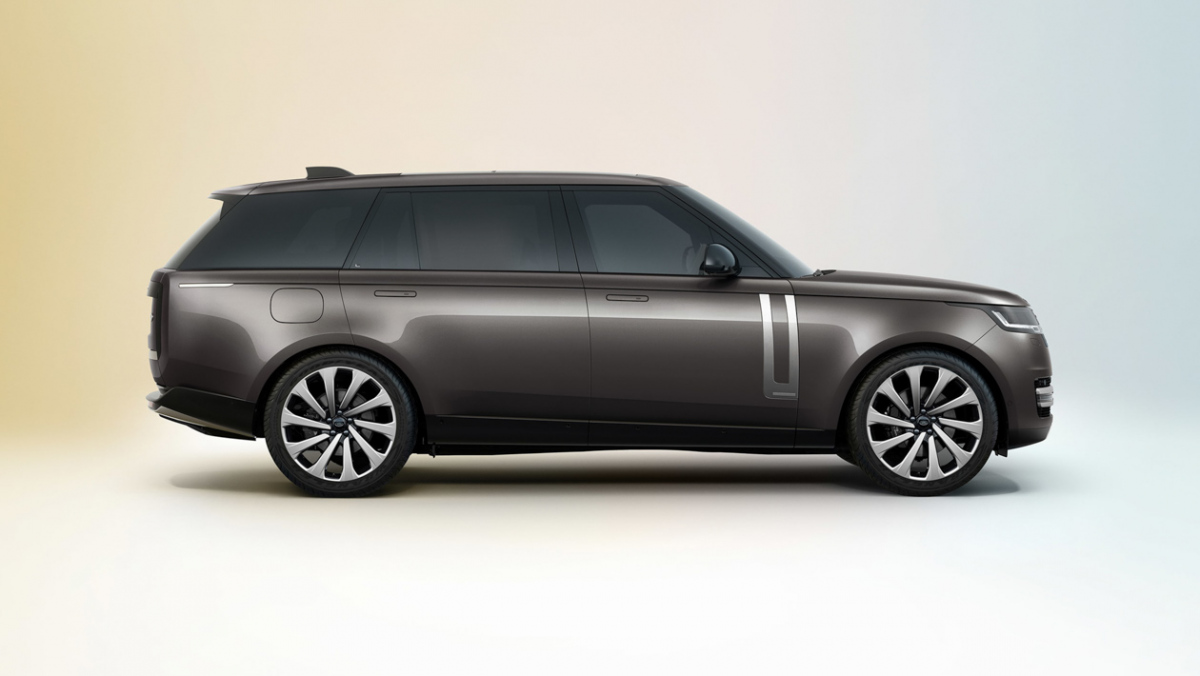 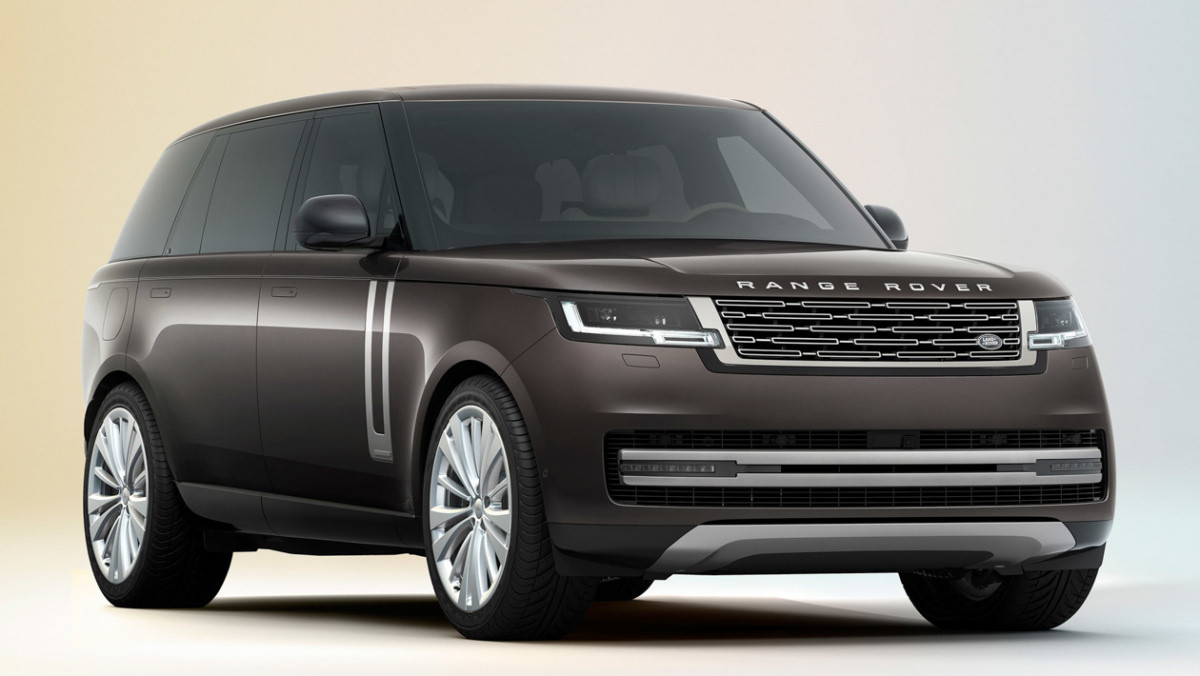 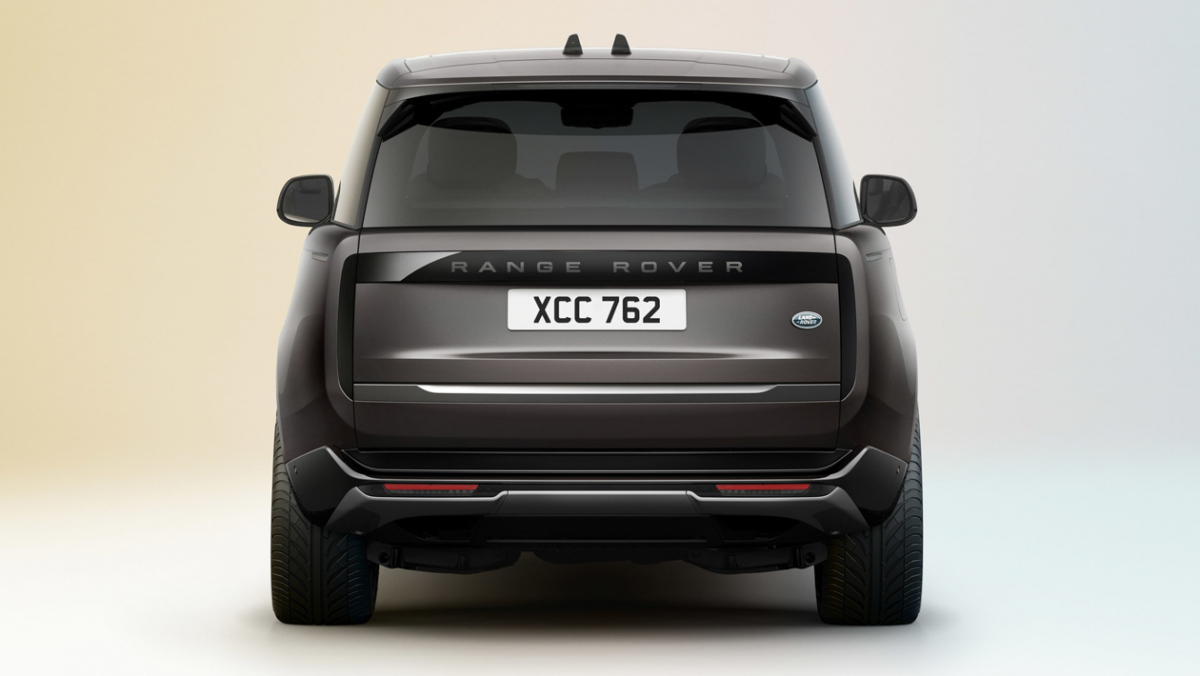 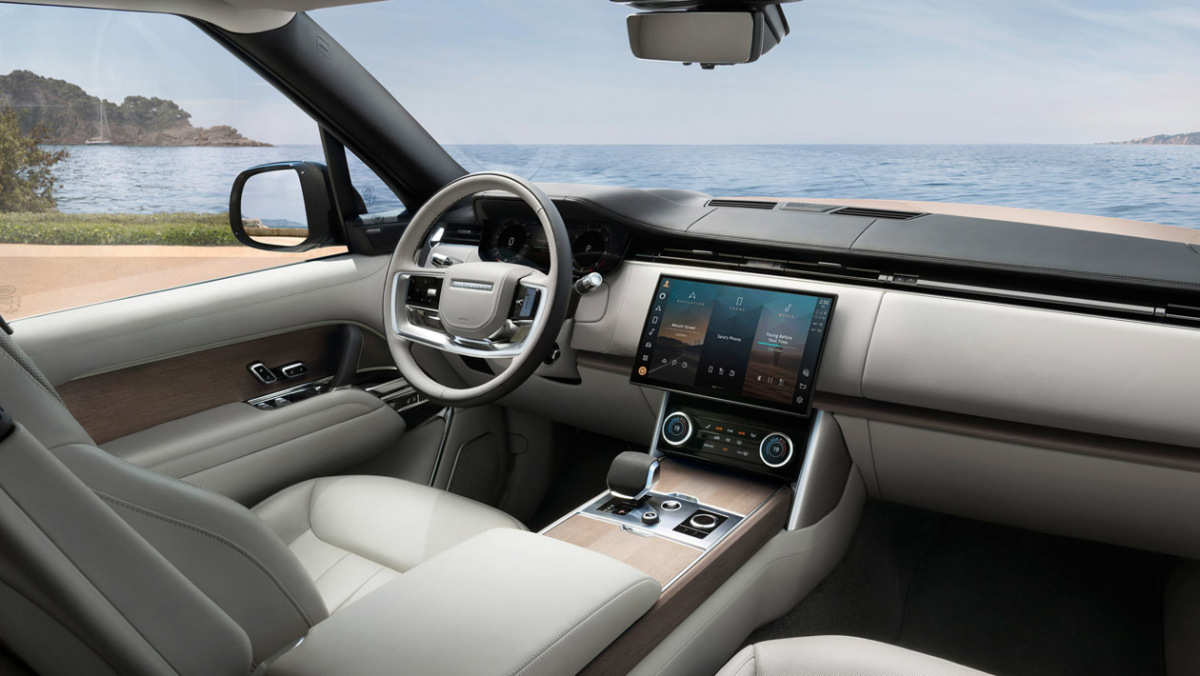 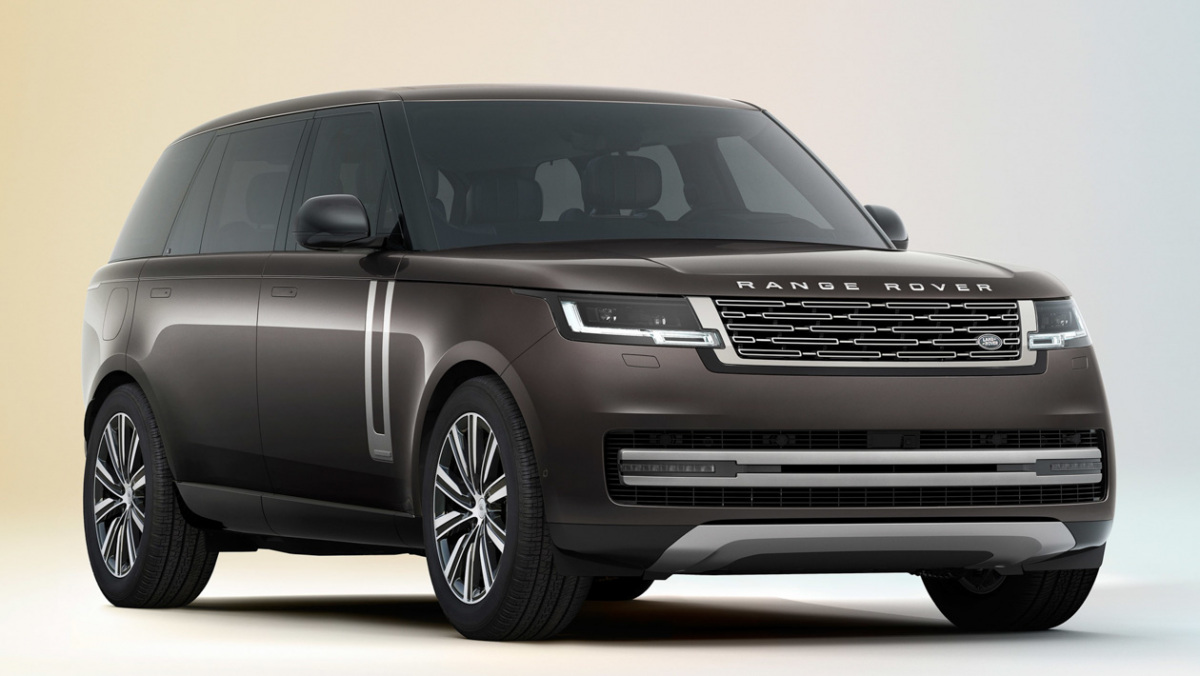 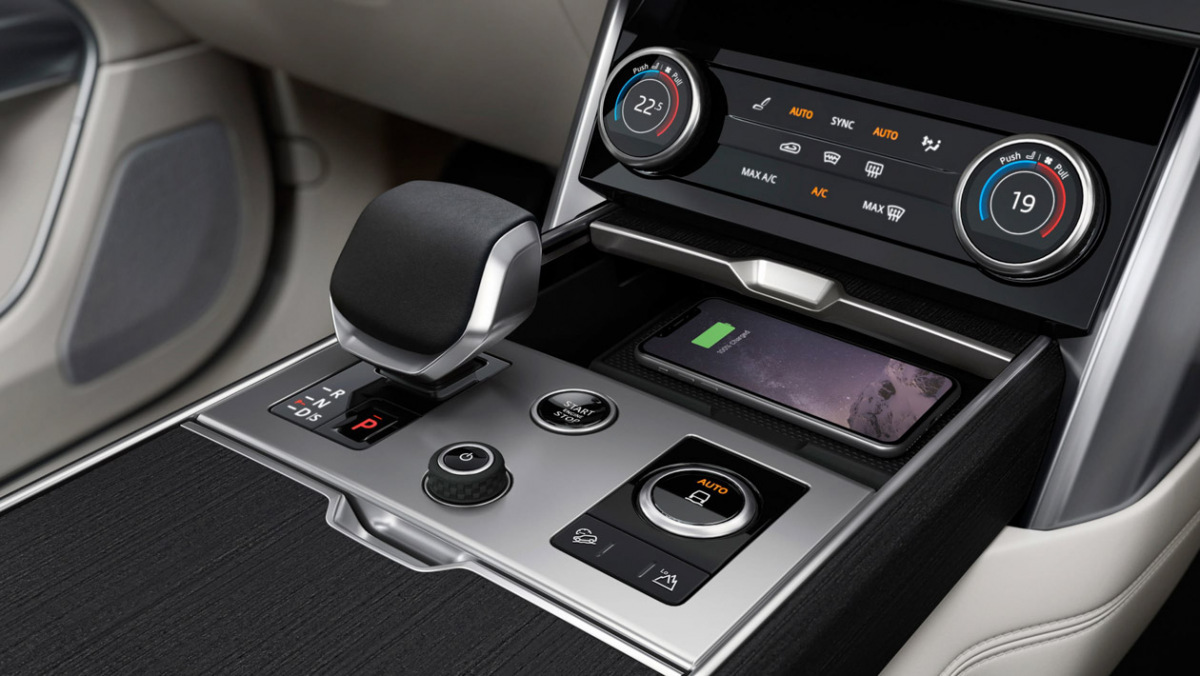 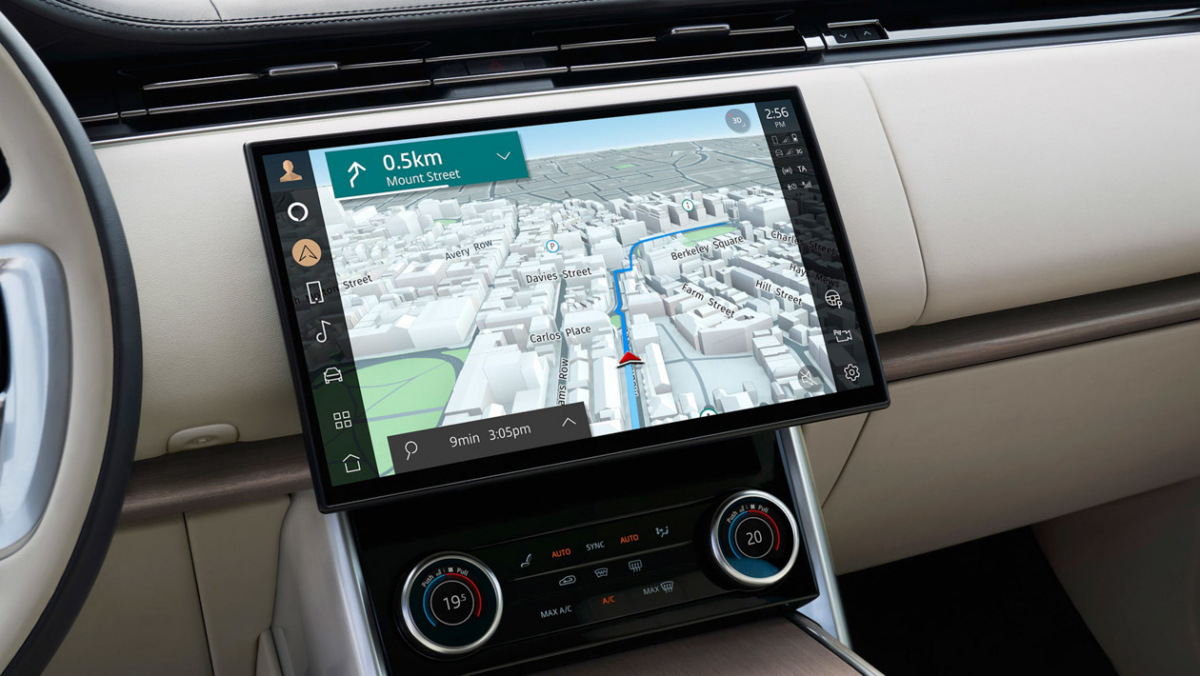 New Range Rovers don’t come around all too often, this is only the fifth in its 50-year history, so it’s understandable why Land Rover always goes above and beyond when it comes to developing a new one. The trick, however, is not so far as to upset the status quo and throw five decades of work out of the window by chasing the latest fad and appeal on its traditional metrics.

So here is Range Rover number five, a car that some inside Gaydon refer to as the company’s Porsche 911 – bare with me – because despite having been around for half a decade, competitors tend to steer clear of launching a direct rival, preferring to take only some of its attributes on, rather than all of them. Probably a wise move.

As a result, Bentley’s Bentagya can compete with the bespoke luxury feel of a Range Rover, but struggles to match it for comfort. And while Aston Martin’s DBX drives better, it is light years behind in terms of fixtures and fittings due to its reliance on old Mercedes architecture. Rolls-Royce will argue the Cullinan is the most luxurious of its type, but it’s far from it. If anything it’s as underwhelming to be in as it is laughable to look at.

Gerry McGovern has taken an evolutionary approach to the new Range Rover’s design, rather than a bold revolutionary one, and it’s all the better for it. Key design signatures are present and correct, from the short front overhang and falling roofline to the subtly rising waistline. The split tailgate is retained, but it’s here that the biggest design change has taken place, with an exaggerated swept tail effect to the rear end. The side vents are further integrated, and a hidden waistline finisher and flush glazing complete the car’s more cohesive exterior design. It’s a remarkably clean design for a car so big.

This emphasis on aesthetic purity is further enhanced by neat technology that conceals the rear lights and turn indicators behind a darkened panel, parking sensors that are hidden from view and front cameras that are integrated rather than looking like an afterthought. Then there are the materials used for the trim, which where possible is higher quality and more tactile, gone are the hollow plastics that age within days of delivery.

Two wheelbase options will be offered from launch, with the short wheelbase measuring 5052mm and the LWB cars adding a further 200mm. Land Rover will also offer a third-row of seats, a feature as requested by customers who were having to buy Cadillac Escalades because Range Rover has never offered such an option. Customers heading down the Special Vehicles Operations (badged SV) route can also order their Range Rover, regardless of wheelbase length, with four seats that feature two individual rear chairs that you are as likely to see in the first-class cabin of an airliner than a car.

Opulent, indulgent, and as bespoke as you want it to be, Land Rover has gone to great lengths to move the Range Rover’s interior to the next level. Not only does this mean more sustainable materials that move away from leather and regular veneers, but technology that purifies the air as cleanly in the rear of the cabin as it does in the front. Then there is the noise-cancelling technology to calm the interior ambience and reduce motion sickness, plus the latest entertainment systems, including Amazon Alexa to keep the most demanding of passengers entertained.

But Land Rover is also aware that luxury isn’t just about technology but also quality engineering so to this end, where possible, all kinds of interior elements have been paid attention to, such as the rear tray tables have integrate a bespoke mechanical engineering solution to provide a quality feel and a sense of engineering integrity beyond what’s considered the norm. Not that this has stopped them from installing power-operated doors.

Beneath the Range Rover’s new skin is Land Rover’s latest air suspension, connected to independent double-wishbones at the front and five-link rear axle, four-wheel wheel steering and the first application of the firm’s Dynamic Response Pro driving software, which is linked to the car’s eHorizon navigation system so it’s always primed for the road ahead. With 23-inch wheels fitted the chassis is going to need all the help it can get. There’s also a 48-volt electrical system powering the active anti-roll bars and an active locking rear differential.

In terms of engines it’s almost a clean sweep of new options, and if not new then significantly updated. The top-line motor is a BMW-sourced 4.4-litre twin-turbocharged V8 replacing the archaic supercharged 5-litre V8, with peak power rated at 523bhp and maximum torque at 553lb ft.

The core engine choice will be Land Rover’s range of straight-six 3-litre Ingenium engines, with three mild-hybrid options – the P300, P360 and P400 – available from launch, and two plug-in petrol engines to be offered from 2022. These will arrive in P440e and P510e guises offering between 80 and 100 kilometers of electric range depending on conditions capable of travelling at up to 140kph on electric power alone. There will also be three mild-hybrid Ingenium six diesel engines available (D250, D300 and D350) from launch along with three non-hybrid units, but not all powertrains will be available in all markets. A fully electric Range Rover is planned for 2024.

But despite the aluminium-intensive chassis and all-new powertrains, it’s heavy. With kerb weights starting at 2454kg for a short wheelbase car, increasing to 2725kg for a V8 engined long-wheelbase model.

Range Rovers have never been classed as affordable, but as Land Rover points out luxury costs and so does the new Range Rover. Three permanent trim levels will be offered – SE, HSE and Autobiography, with a First Edition model available for the first twelve months of the car’s on-sale period. Prices start at $130,000 for a D300 SE with a short wheelbase, with the equivalent P400 costing from $135,000. Autobiography prices start at $162,400 for a P400 SWB, climbing to $181,600 for LWB Autobiography and $190,000 for a First Edition model both with 5-seats. Prices for the SV models have yet to be confirmed. If you want a long-wheelbase model with seven seats prices start from $141,400 for a D350.

While the new Range Rover oozes presence, and the engineers and designers have left no stone unturned in its development – more than 125 patents were filed covering everything from its chassis technology to PHEV battery, and over 140,000 hours of computational analysis was carried out before a single test vehicle turned a wheel – Land Rover will need to have turned a corner when it comes to reliability. Because while the execution of the fifth-generation Range Rover is a masterstroke in evolutionary design mixed with revolutionary technology, the new car’s reliability needs to be a quantum leap over what has gone before. Here’s hoping as much attention to detail has been spent in this area as it has in creating the next chapter in the story of this unique and iconic car.