Much sharper to drive than before, much more aggressively styled, the Z4 at last has potential to rival a Boxster.

This time, says BMW, the Z4 has become a proper sports car; the sort of car you’d get up early on a Sunday morning to drive. Unlike the previous Z4.

Why the change of heart, and why the admission that the old BMW Z4 was – relative to its successor – such a softie at heart? Three words; the Porsche Boxster.

Having seen sales of the Z4 drop by almost 30 per cent since its birth in 2002, BMW wants a piece of the Boxster’s action, basically, and the only way to achieve this, it reckons, is to build a sports car that’s at least as compelling to drive as a Boxster, hence the far more thrusting dynamics of the new Z4.

“In every way the new Z4 is a more aggressive car than its predecessor, a more dynamic car” says Andreas Ederer, Product Manager for the new Z4. “Not just to look at but to drive, to listen to, in everything it does.

“But this doesn’t mean its appeal will be narrower” says Ederer, admitting that – Boxster apart – sales across the whole roadster sector have fallen dramatically during the last two decades – to a point where, rumour has it, Audi will not be replacing the TT in 2021 because the market for such cars has shrunk that much during the last 10 years.

Whatever the market’s trend, BMW has thrown the kitchen sink at the new Z4 dynamically. The Z40i prototype driven here gets fundamentally the same 3.0-litre twin-turbocharged straight-six as the M240i, with 340bhp and enough torque to fire it to 100kph from a standing start in under 4.5sec. It also gets the eight-speed ZF auto gearbox with sharper software than in the M240i, an electronically managed differential and bespoke Michelin Pilot Supersport tyres.

There’s new adaptive dampers, too, and better still, weight is down by 50kg, partly because of the new canvas roof – which raises in just 10sec – but also due to the fact that much of the new Z4’s underpinnings are a) bespoke, and b) much lighter than before, and the boot is also over 70 litres bigger this time. 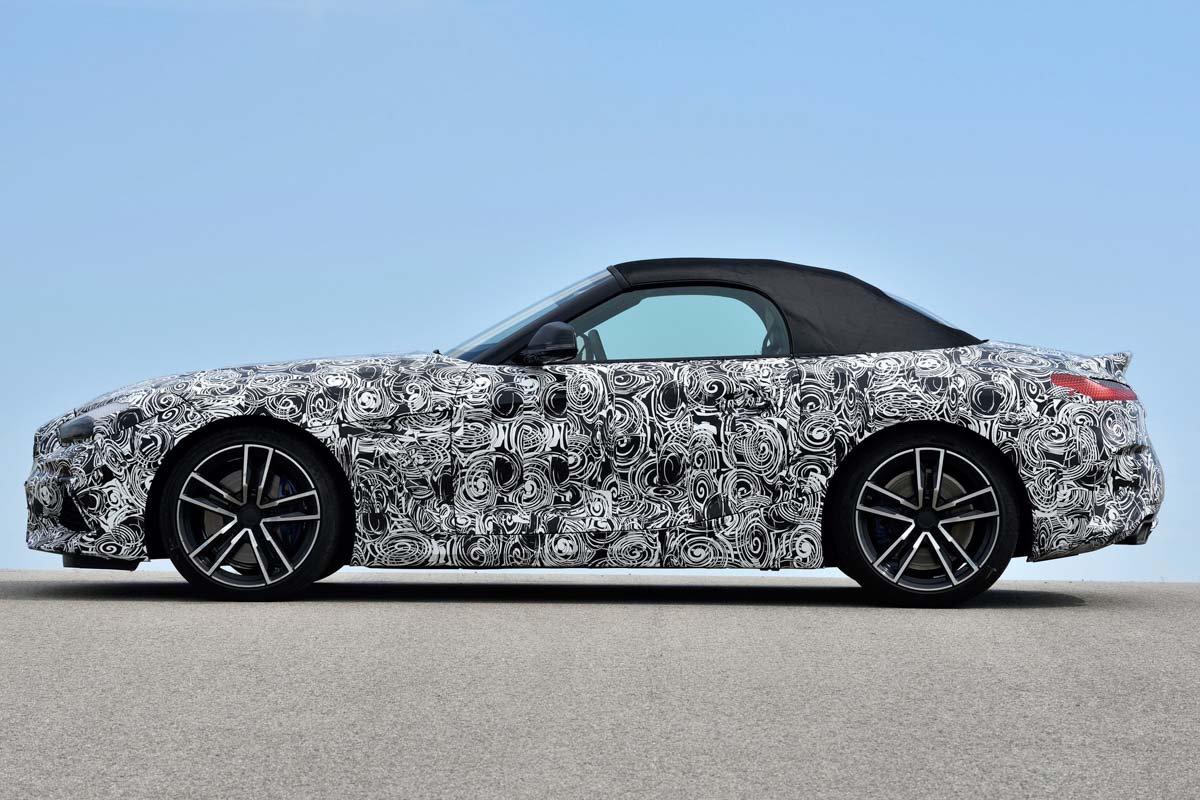 And the results, at this stage, seem pretty convincing from behind the wheel. The Z4 feels MUCH more focused this time round, and is a lot more rewarding to drive generally. In brief, the new Z40i goes hard, makes a better noise than a flat four Boxster, is much more entertaining in its handling, steering and body control than of old, and has a genuinely decent ride. And, to these eyes, which have been given a sneak preview of a totally undisguised car, it looks the business as well.

A credible rival for the Boxster? On this evidence, yes, far more so than the previous Z4, at the very least.