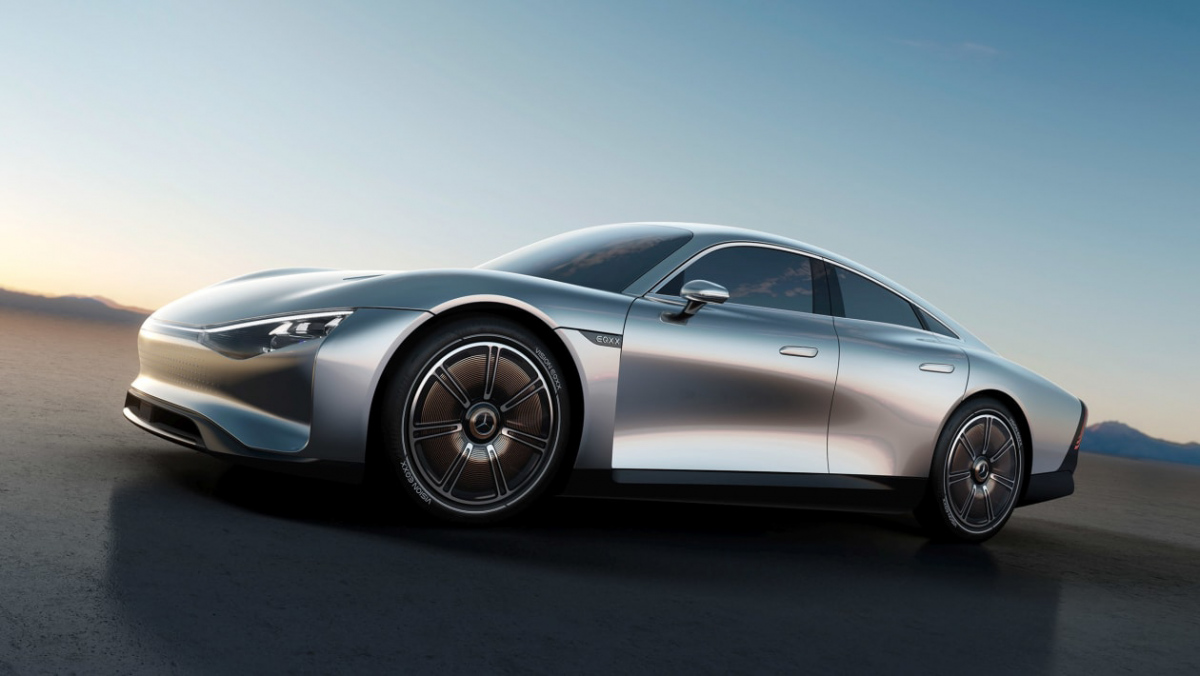 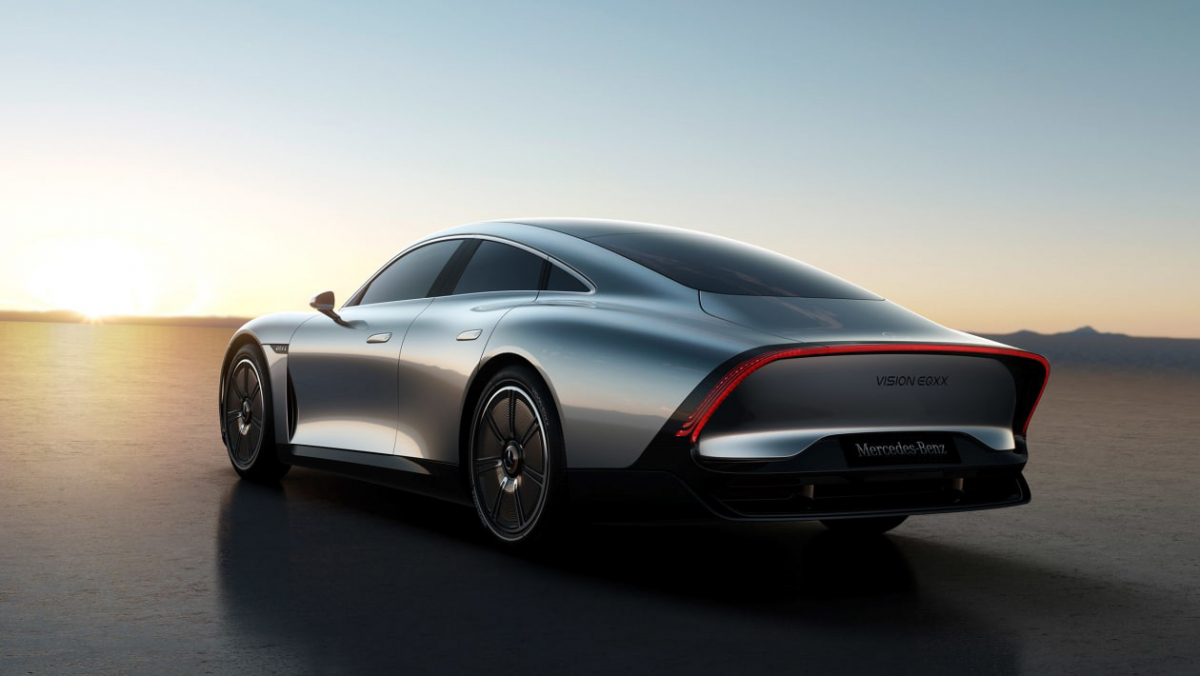 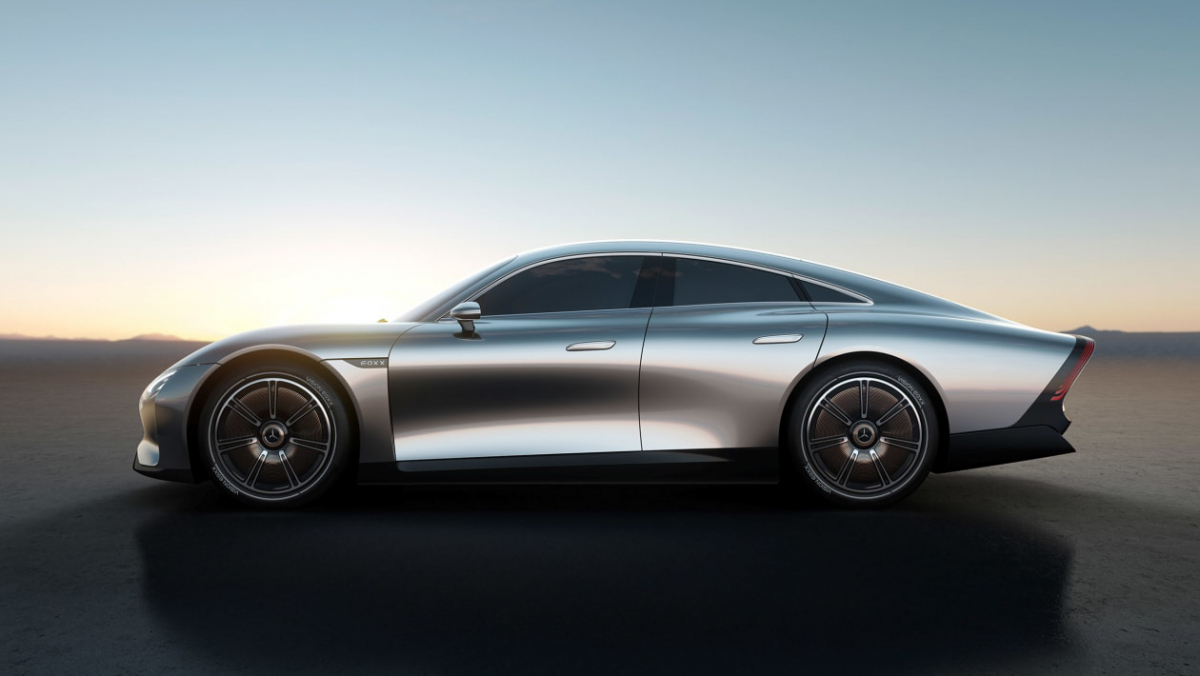 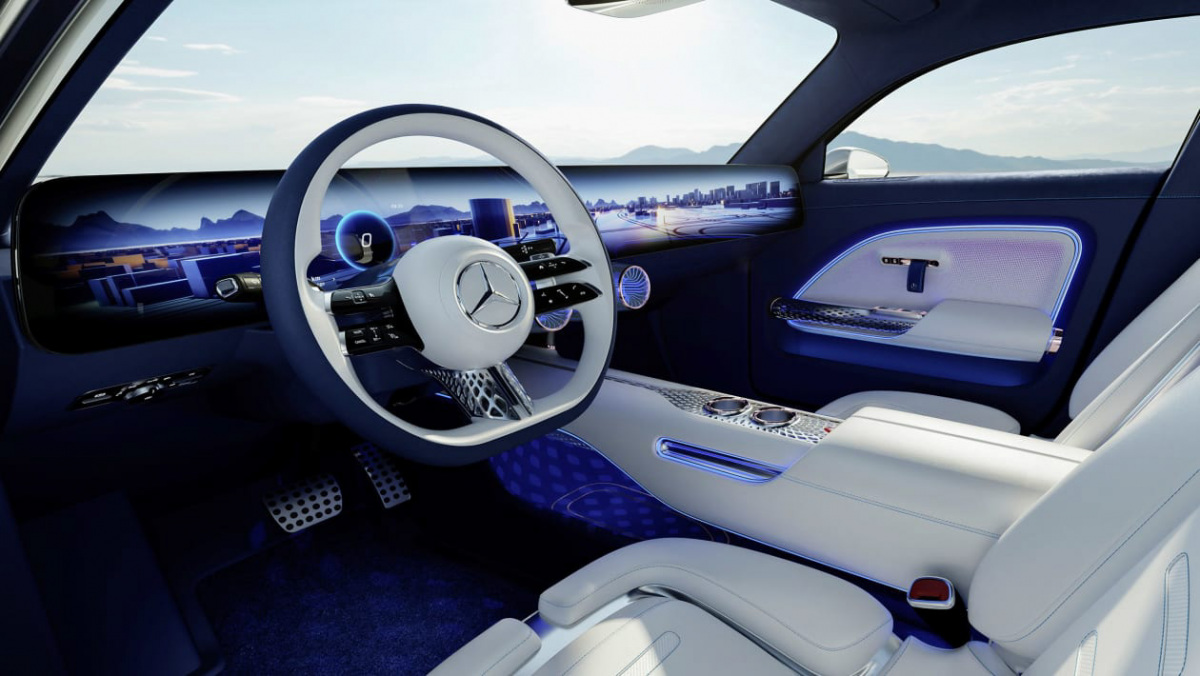 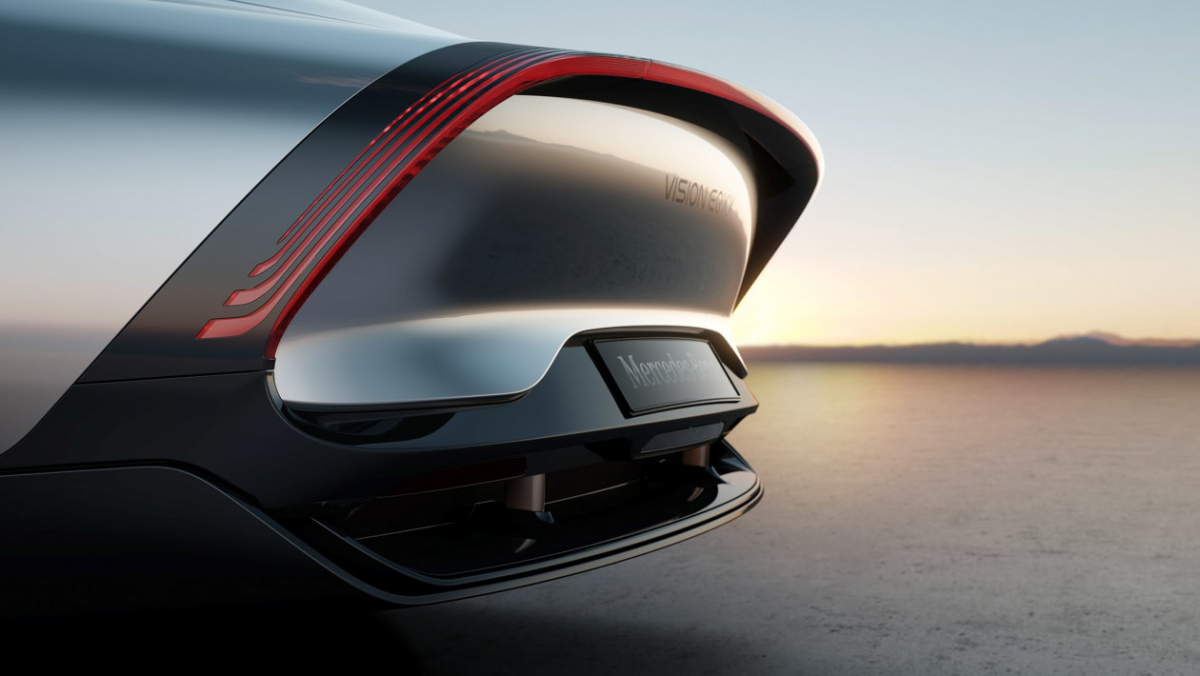 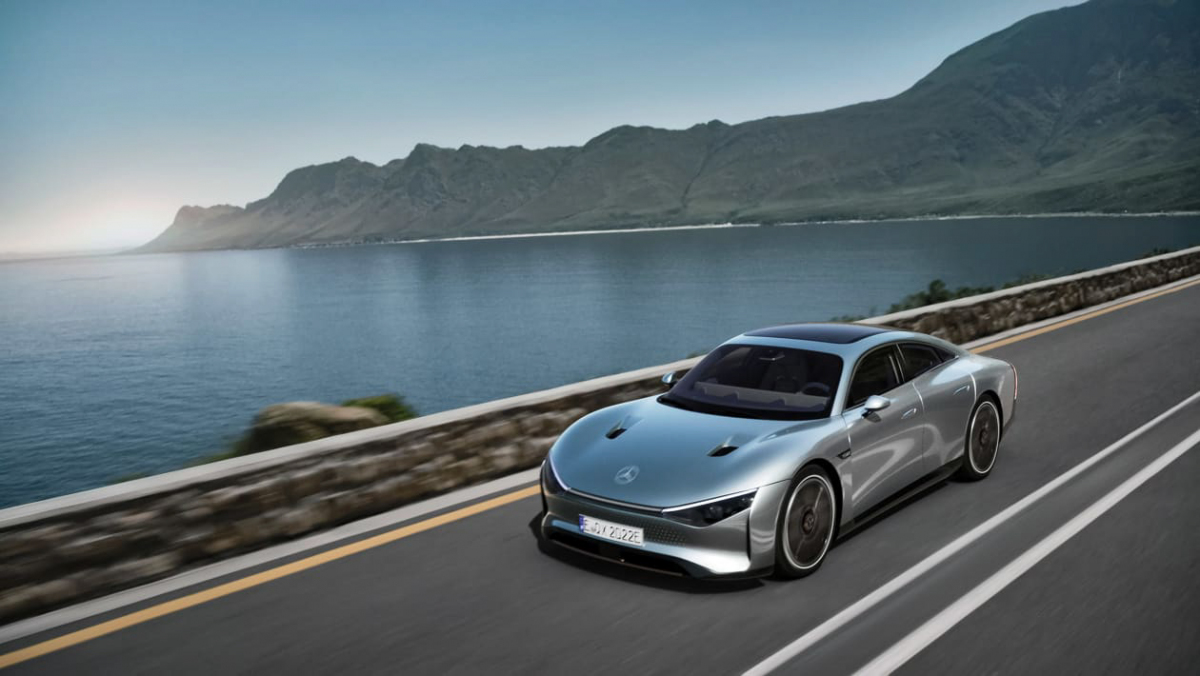 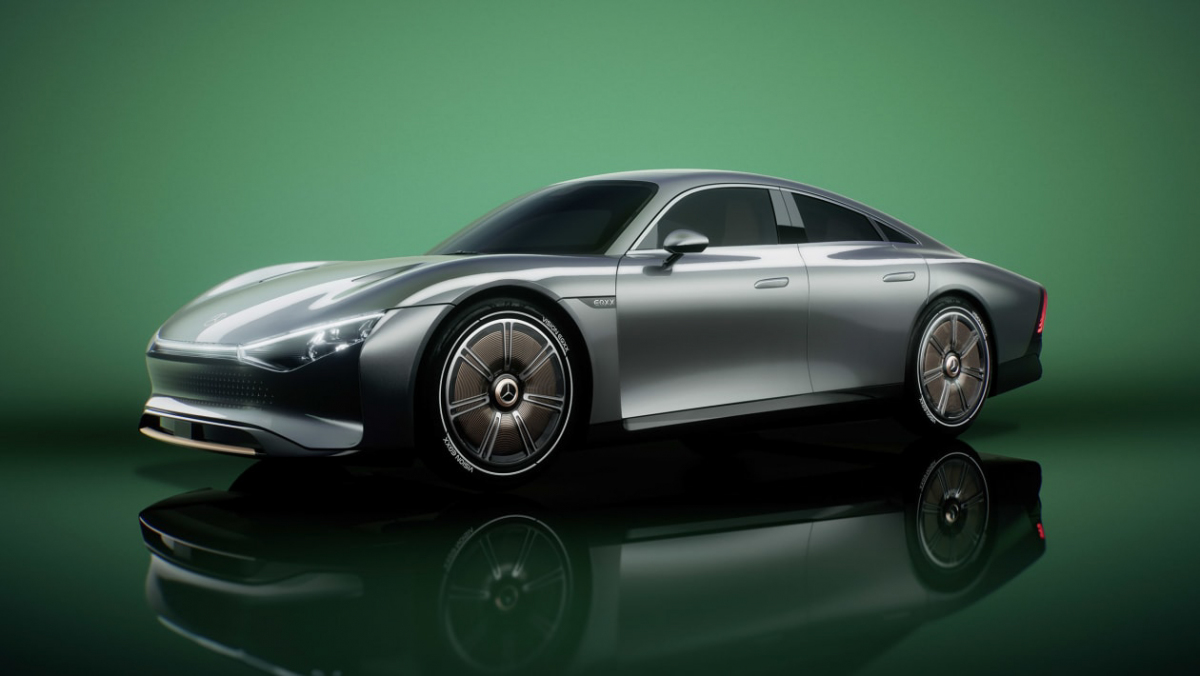 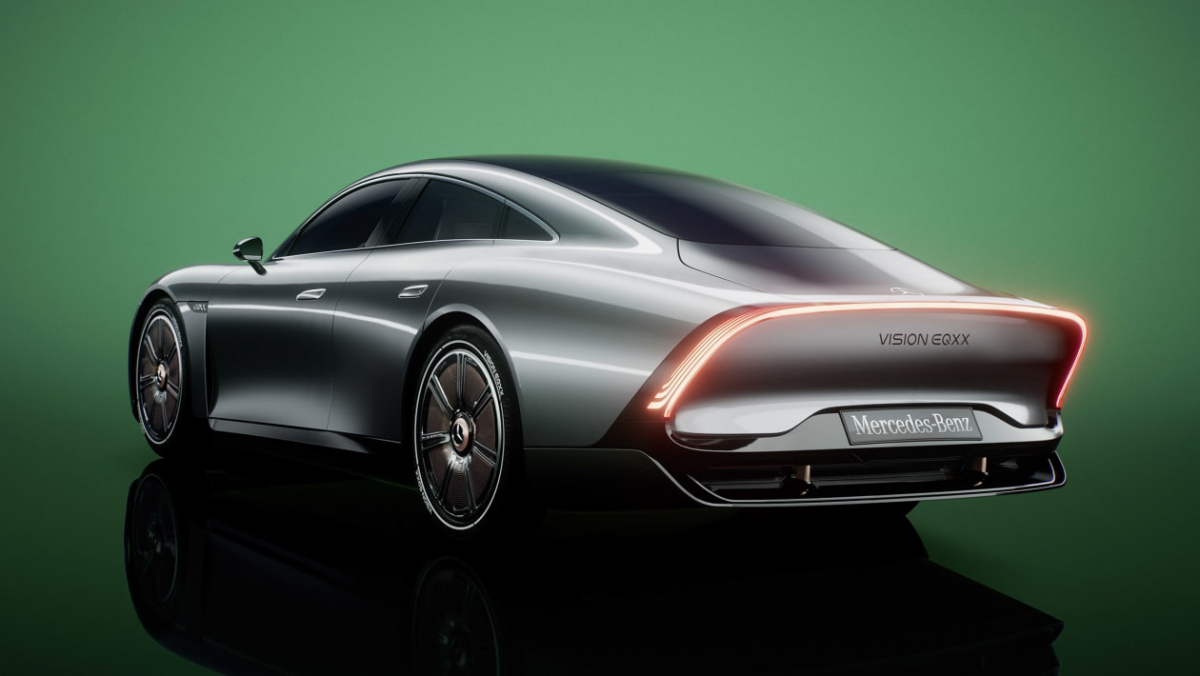 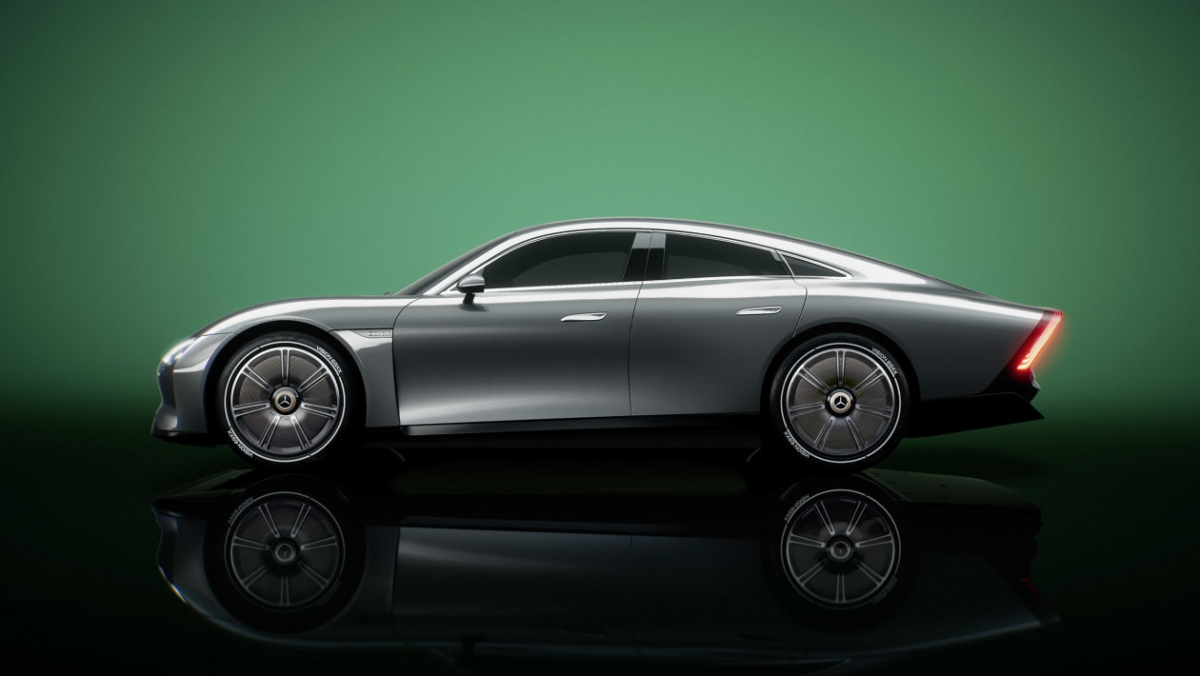 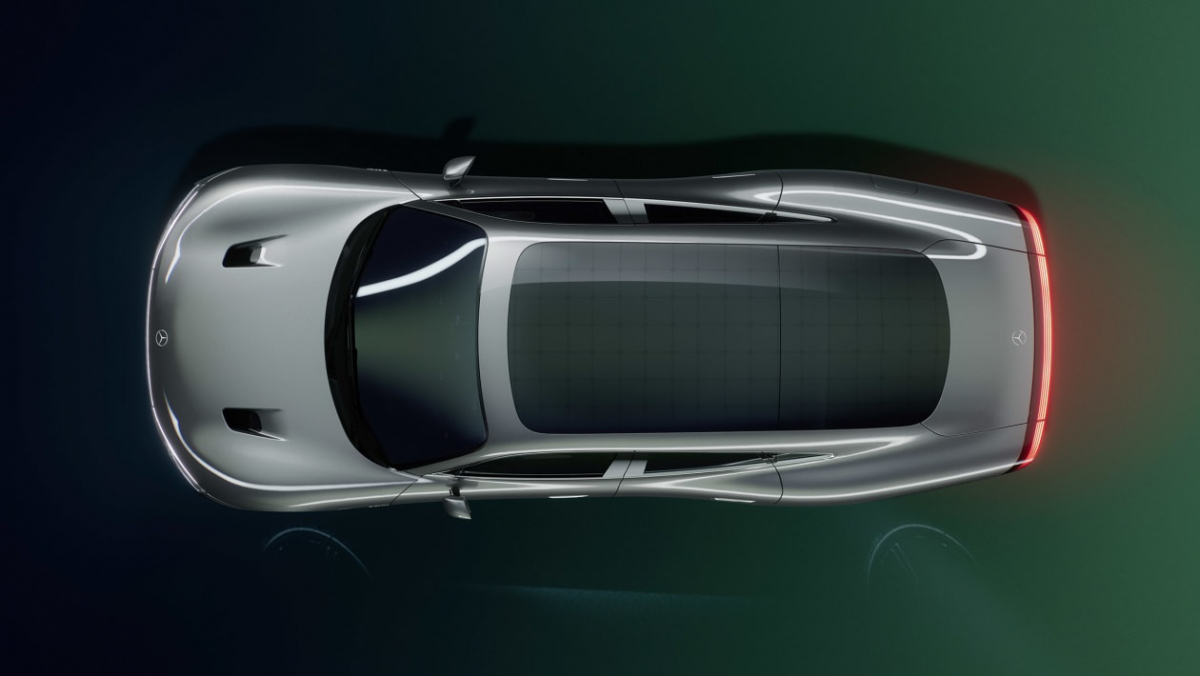 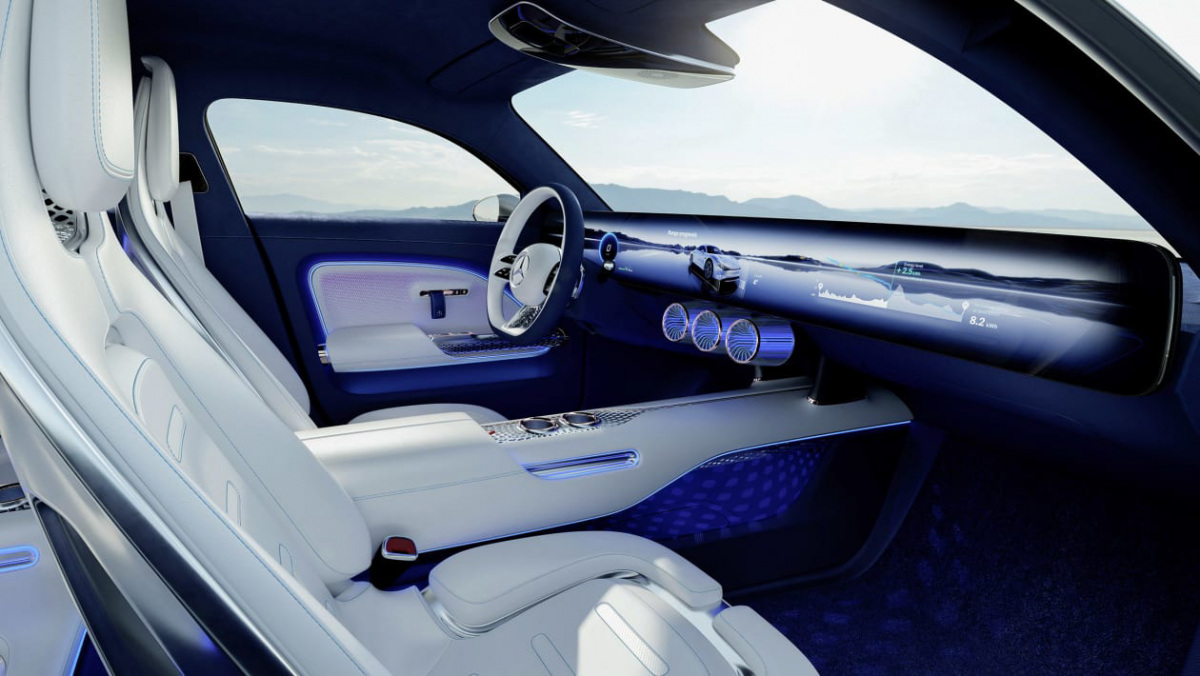 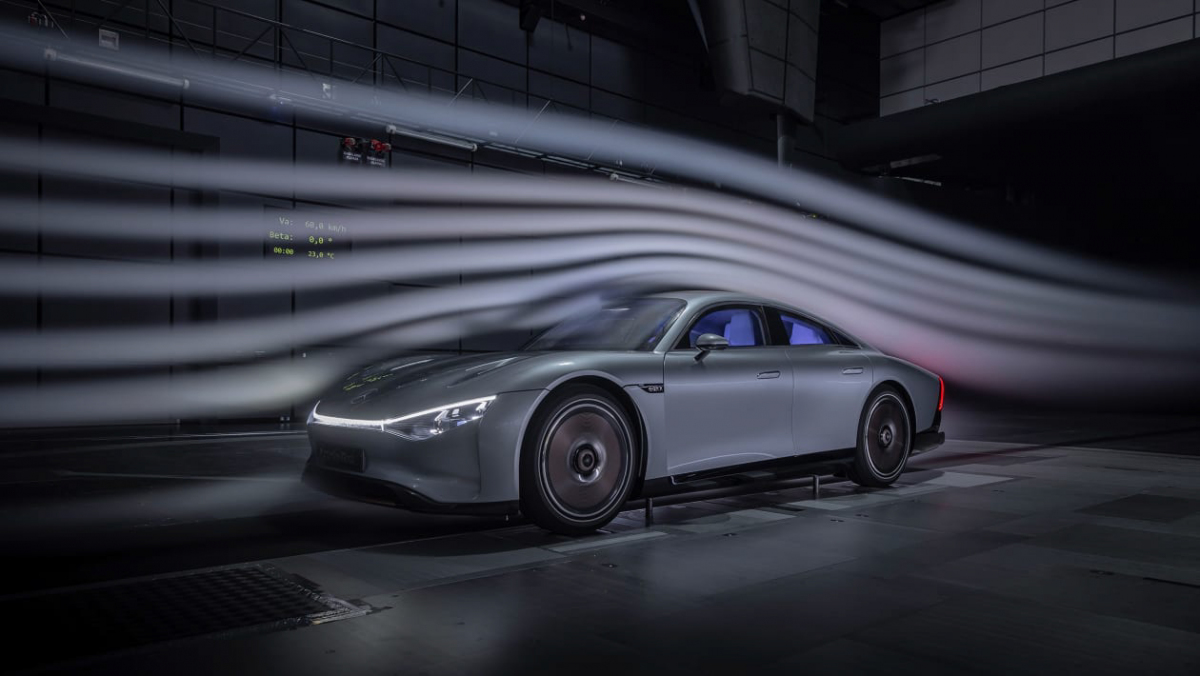 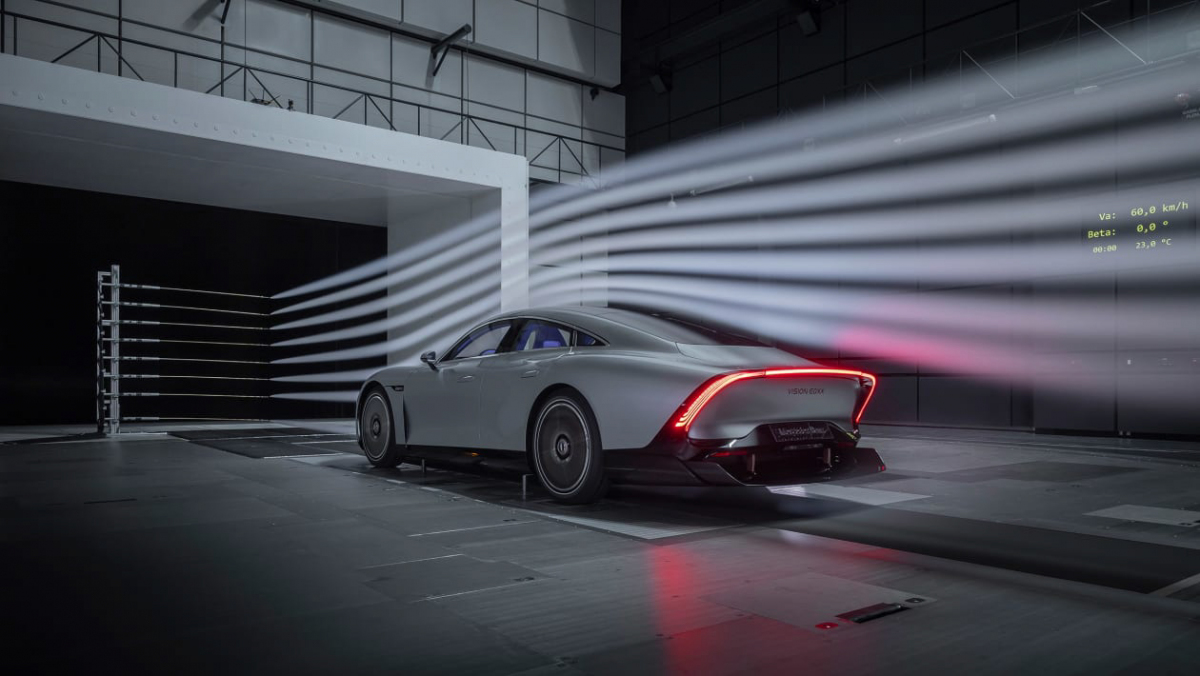 ​​Mercedes-Benz has made great strides with its electric vehicle lineup over the last 12 months, but while the new EQS, EQE and their forthcoming SUV derivatives are ready to dominate the high-end market, the job of making a substantially more efficient EV is the real challenge. It’s one that the new EQXX Concept will attempt to pursue as a fully-functioning prototype with impressive claims not just in terms of range, but its energy consumption.

Mercedes has done this by focusing on a variety of elements that make up a modern EV, from the batteries, electric motors, to lightweighting and aero. Yet the most impressive figure from the EQXX’s stat sheet isn’t the drag figure or quoted range, but the targeted energy-to-wheel efficiency, which sits at an astonishing 95 percent. This is an impressive figure when compared to an internal combustion engined car, which sits at around 30 percent, but even when compared to the most efficient of modern EVs is a high target.

In the pursuit of ultimate efficiency, Mercedes-Benz has dipped into its AMG High Performance Powertrains operation in Brackley, applying some of the lessons learnt in the development of its battery pack and electric motors from both Formula 1 and the Project 1 hypercar.

The single electric motor mounted on the rear axle produces just 204bhp (150kW), but is comparatively tiny compared to the units found in the EQS and EQE, and its potential losses through drivetrain components like gearboxes and driveshafts streamlined to the absolute minimum. The EQXX utilises a 900V electrical system, 100V up on the Porsche Taycan and some Hyundai/Kia models, the EQS uses a comparatively meek 400V system.

The battery pack has a near-100kWh usable capacity, roughly the same as the 102kWh (usable) of the much larger EQS, but thanks to a variety of efficiency gains within its packaging it is 30 per cent lighter at 495kg. This has been done by condensing its electronic hardware into what Mercedes call a Onebox layout, and the passive cooling of the battery pack – a huge efficiency bonus and something that cars like the EQS and Porsche Taycan control through energy and space-sapping cooling circuits.

This intensive streamlining should yield benefits in Merc’s future production models, with miniaturisation of the powertrain a technique already being brought to the market by industry innovators like California’s Lucid.

Developing such an efficient powertrain requires a similar amount of streamlining to take place with the rest of the package. The EQXX’s bespoke chassis is a direct preview of the new mixed-metal MMA platform that Mercedes will debut in its next-generation compact-medium sized models. This will eventually replace the combustion-derived chassis of the current EQA and EQB, yet being a concept, the EQXX Concept goes further than what’s expected in the forthcoming production models by employing the use of carbonfibre reinforced plastics for the doors and some exterior panels and 3D printing in elements both structural and decorative like the steering wheel’s lower spoke. The result is that despite nearly 500kg of batteries, the EQXX hits the scales at 1750kg.

Yet the EQXX’s party trick is its 0.17 coefficient of drag rating, trouncing the current EQS’s 0.20 CoD which ties with the Lucid Air as the slipperiest production car on sale right now. Yet while the two Mercedes models both have very impressive figures, how they got there differ markedly, with the EQS’s jelly-mould silhouette swapped for an almost three box-like silhouette finished with an extended and shorn tail. Other concessions to aerodynamics can be found in the tapering track-widths – the front axle is 50mm wider than the rear – while the new face previews the future of Mercedes Benz design that does without even a graphical representation of a traditional grille.

There are also lots of small details that clean up the aerodynamics, with active airflow management that keep intakes and openings covered unless absolutely necessary, while junctions around pillars and glazing are as smooth as possible as are the wheel covers and underbody. Inside, the design previews Merc’s next generation compact model interior, with a similar application of horizontally-mounted screens that in this case stretches right across the dash, with air vents and supplementary controls mounted beneath.

With the Volkswagen Group proceeding with its Artemis project and BMW’s next generation of EVs promising big steps forward, the EQXX is Mercedes’ vision ahead it hopes will push its current position in EV development against its key rivals. Whether the EQXX directly translates into a production model remains to be seen, but its progress in efficiency and design in future EVs certainly will.

‘Drive it on the paddles.’ Well, yes, I don’t mind if I do. This is more like it: a concept EV that lays down some groundbreaking claims for range, efficiency and sustainability, and yet the German engineer alongside is encouraging me to use the paddles to make progress? Happy days.

In fact, what my newfound driving buddy is actually asking me to do is switch between regen modes, adjusting the severity of the regen braking in and out, and back to coast, to vary my speed without ever touching the actual brake pedal. It’s how you drive the EQXX the proper way. Brakes equal heat, which equals wasted energy, you see.

Why should you care about this rather unusual-looking Mercedes-Benz concept car? Well, it was created in just 18 months, by a crack team of Merc’s best engineers, cherry-picked from all sorts of departments across the business, and makes some very bold claims. Like being able to travel for more than 620 miles on one charge, and weighing 1750kg. Okay, not exactly lightweight, but around 700kg lighter than one of Mercedes’ current EVs with a similar range. That’s quite some diet. It also features a powertrain designed in conjunction with the F1 engineers at Mercedes-AMG High Performance Powertrains (HPP) in Brixworth, possesses the power electronics from a Project One, and has enough interesting stats to boggle anyone’s mind. It is, as every engineer here is keen to tell me, so much more than just another show car concept.

For a start, it’s very, very efficient. The sort of efficiency that means it was able recently to drive from Stuttgart to Silverstone (and slightly beyond) and still have enough juice for a quick blast on the track at the end, and that included reaching nearly 90mph on the journey and averaging over 50mph for the trip. It’s the sort of efficiency born from having a drag figure as low as 0.17, aided by a cooling pack that lies on the underfloor and a vent in the nose that only needs to open when you have the air-con working on a hot day. The team were adamant there would be no rear wheel spats, so while the rear track is slightly narrower than the front, it’s not crashingly obvious that this is an eco-car. The long tail is a giveaway, perhaps – it looks a little like a 1960s GT car to my eyes – and it gets longer when the rear diffuser deploys, jutting right out into the wake of the car. Aero is so crucial because at the sort of speeds the EQXX was designed to work at, around 65 per cent of the battery’s energy is consumed by battling the air.

To mitigate this, Mercedes-Benz has managed to up the powertrain’s efficiency to 95 per cent (so just 5 per cent is lost from battery to tyre), which, while it seems like a small improvement on a typical EV’s 90 per cent, is a very big gain in what the engineers describe as ‘thin air’. The battery is lighter (495kg) than that in a EQS but has the same 100kWh capacity. The EQXX produces 201bhp, which, as I’m about to find out, is more than enough for the sort of car this is. The days of ridiculously powerful EVs already seem wantonly wasteful.

But what’s really exciting – beyond efficient EVs – is that Mercedes seems to be embracing the sort of virtuous circles that are preached by the likes of Lotus and Gordon Murray. It has also trialled a new type of digital design that shapes components based on internal load paths; the results, when coupled with 3D printing, are pieces of sculpture like nothing from this world – even a windscreen wiper bracket looks like alien technology.

I jump in and – don’t laugh at the back – it feels quite a lot like my Porsche 996. True, there’s two proper seats in the back, but the windscreen is shallow, the side glass close to my head and the tops of the front wings just visible in my eye line. Like the old Porsche, it’s cosy but not cramped – it feels ready to be driven. There’s talk of cactus and bamboo in the interior and, I have to say, it’s really fabulous, with lovely materials but not overdone. The ‘dashboard’ is one giant widescreen, stretching the entire width of the car, the workings of which could easily fill the entire Ignition section of this issue. The graphics are amazing, but the approach is ‘digital detox luxury’, thankfully – Mercedes has got the message from customers and journalists alike that it needs to make its infotainment set-ups less complicated.

To drive, the EQXX is rewarding in a cerebral, precise fashion, the steering well weighted and accurate, roll minimal. I don’t get to push it too much but, despite it having no sporting pretensions at all, it’s far from being without driver appeal; it might not have loads of power but it doesn’t feel slow at all, with a lovely, friction-free feel to how it scythes through the air.

If the company productionised it tomorrow it’d make an incredibly interesting and capable GT car. It shows Mercedes could be getting its mojo back and, more than that, gives us an encouraging sign that the EV future might be about more than just amorphous blobs with giant lumps of batteries in them.