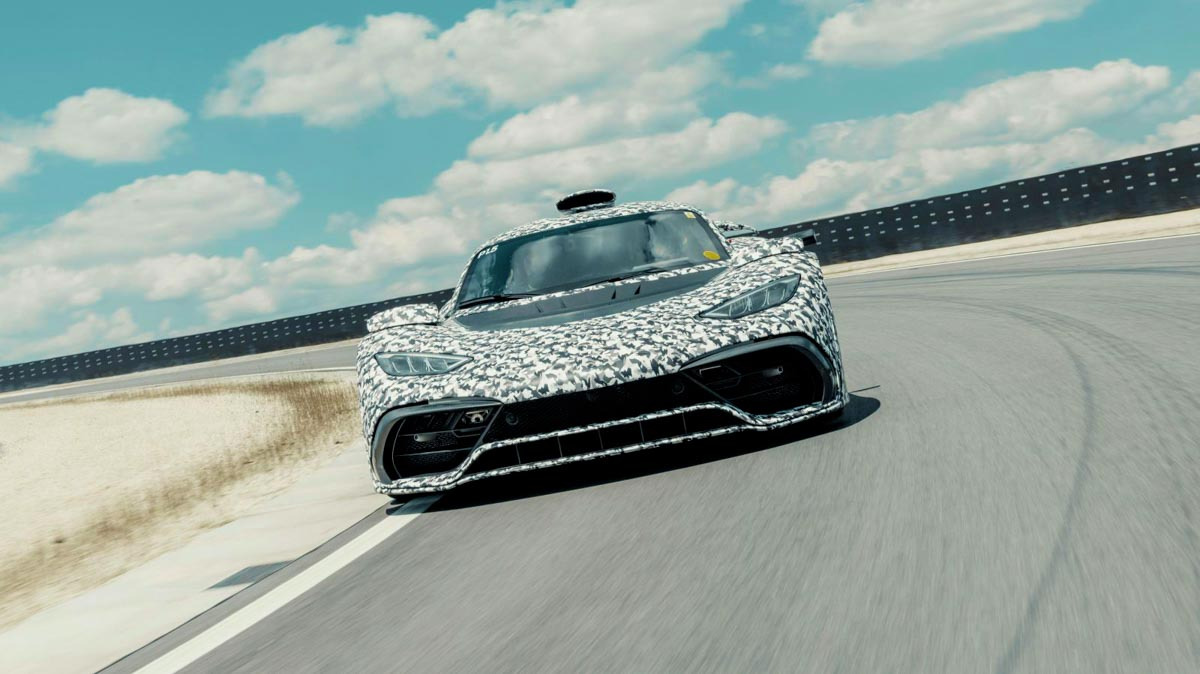 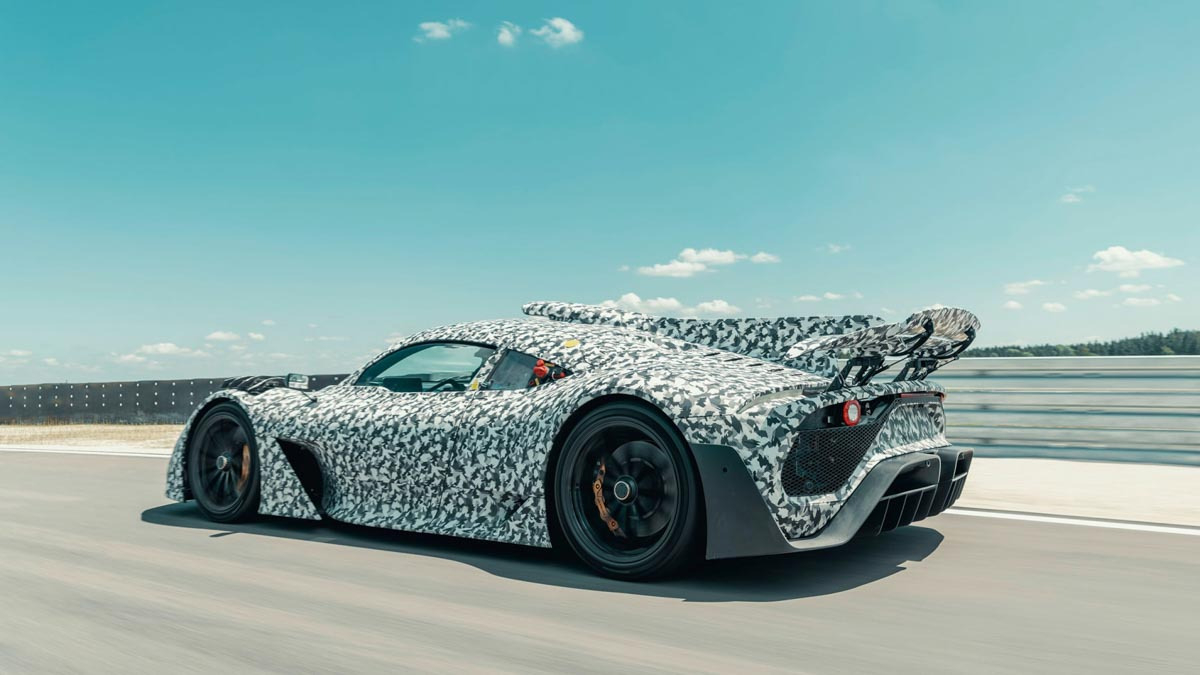 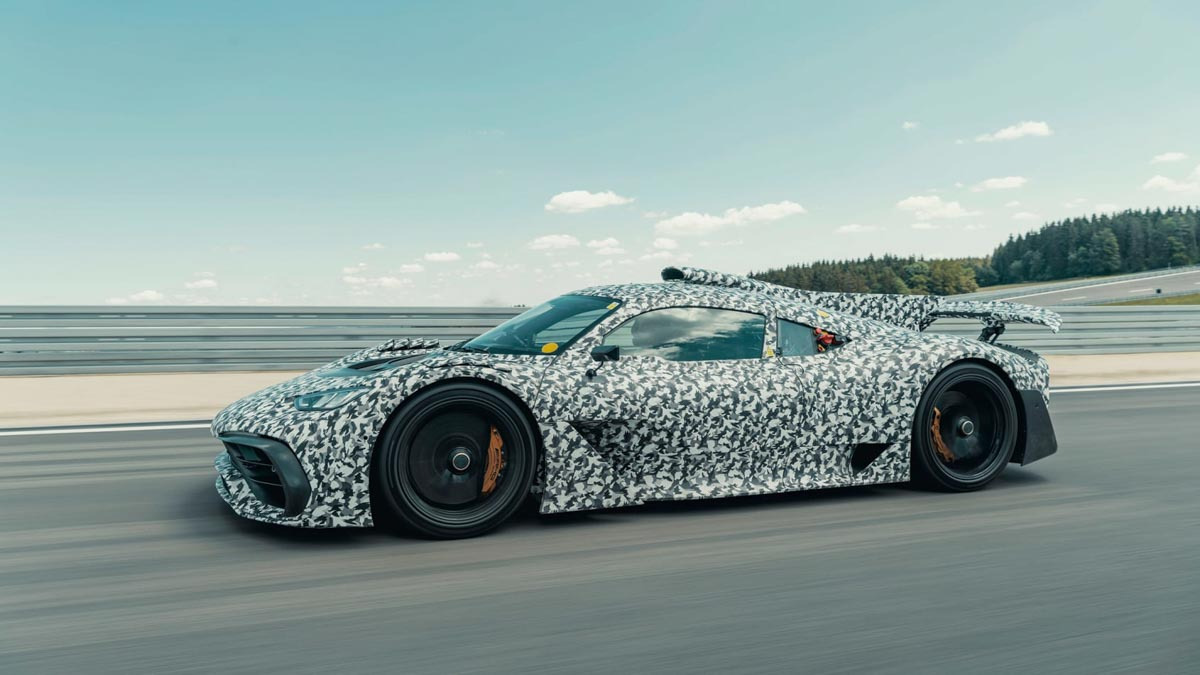 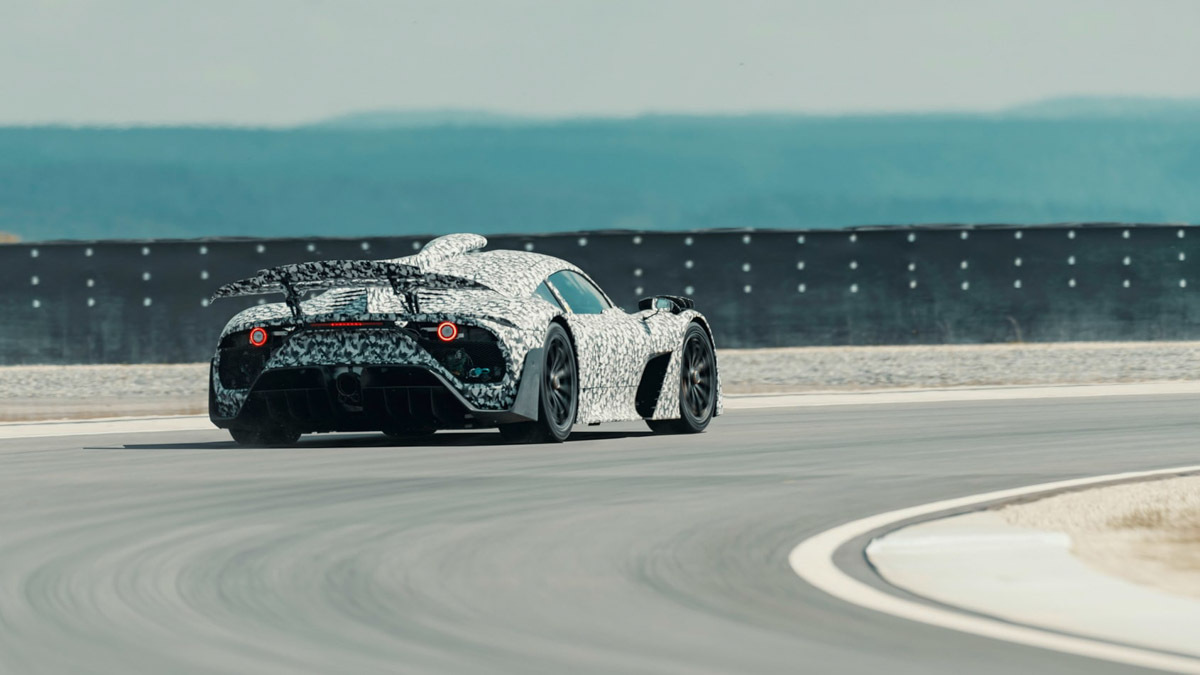 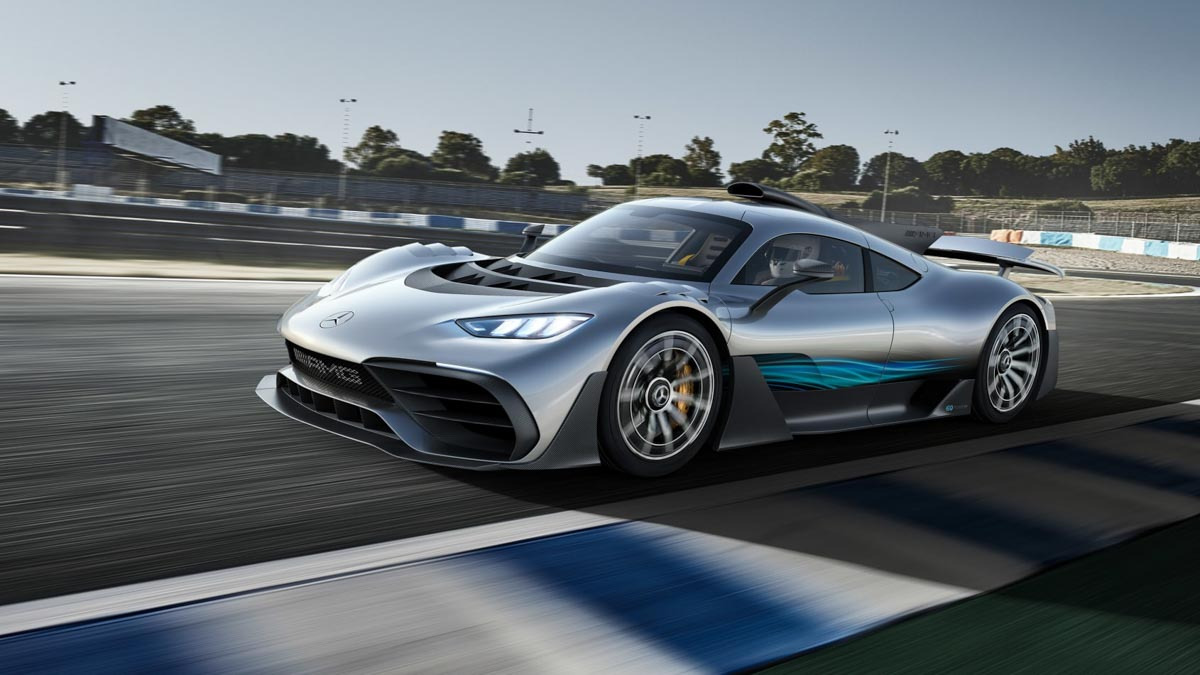 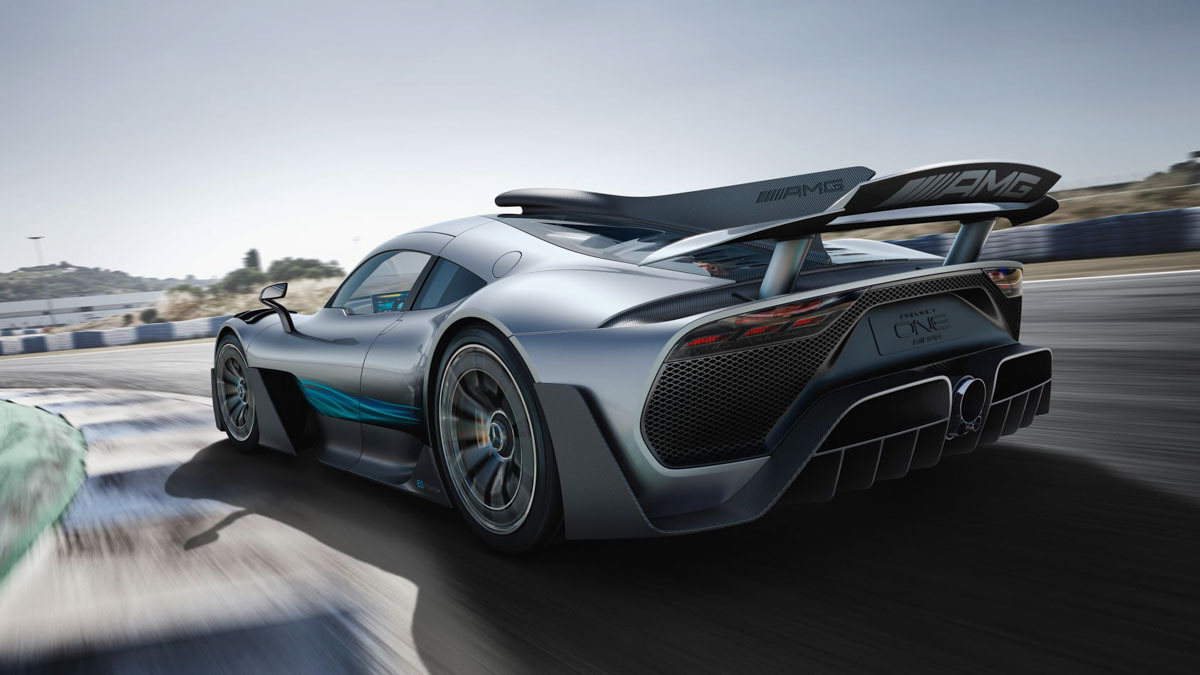 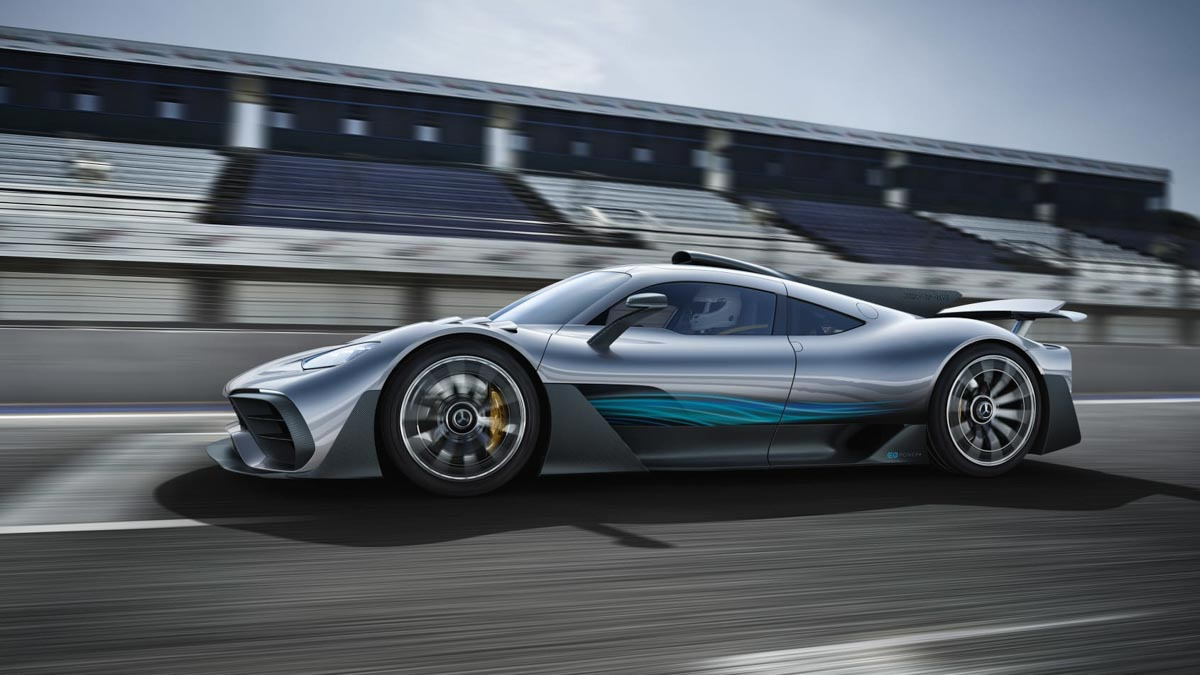 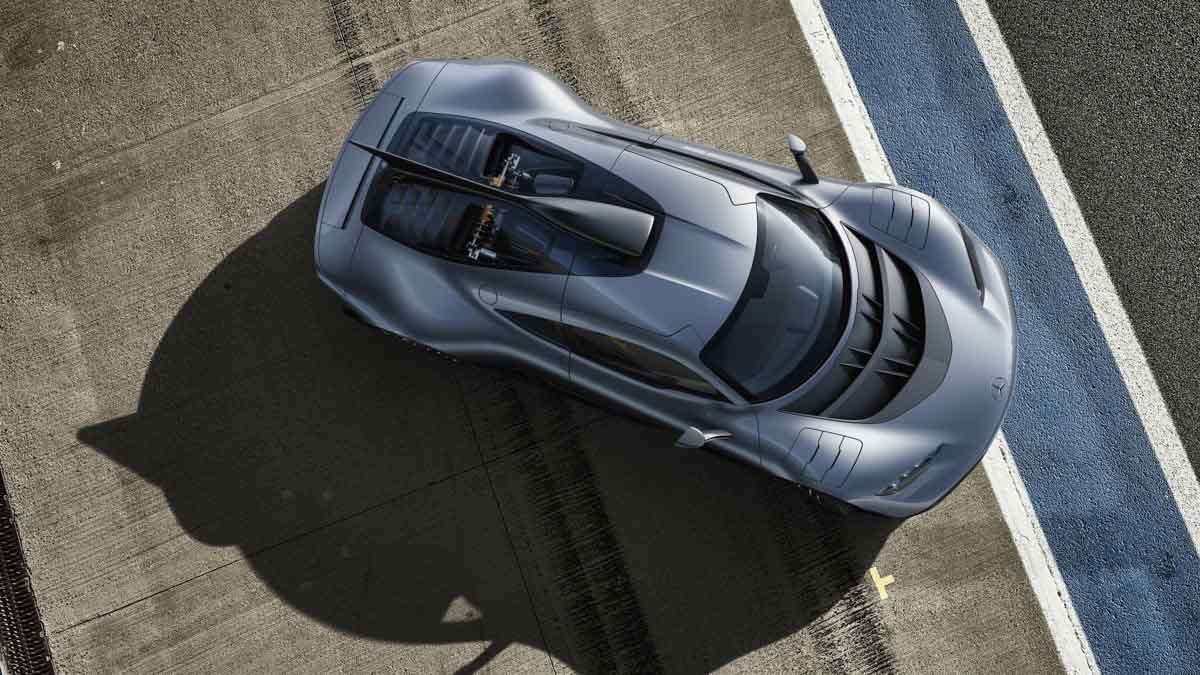 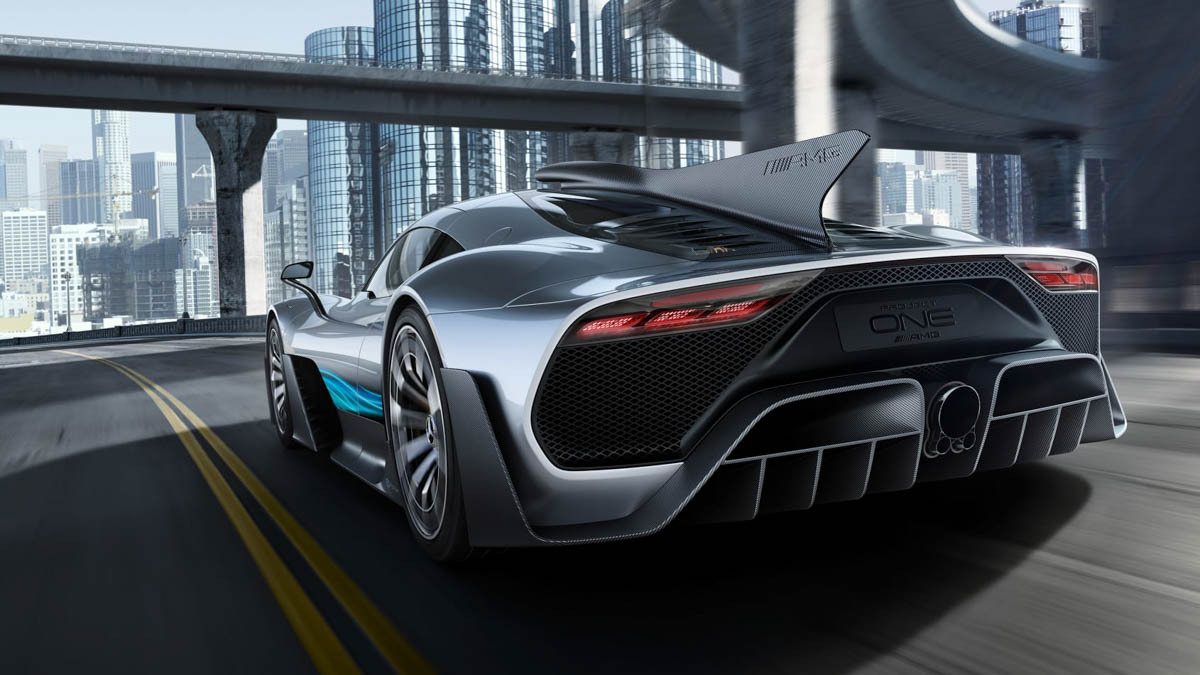 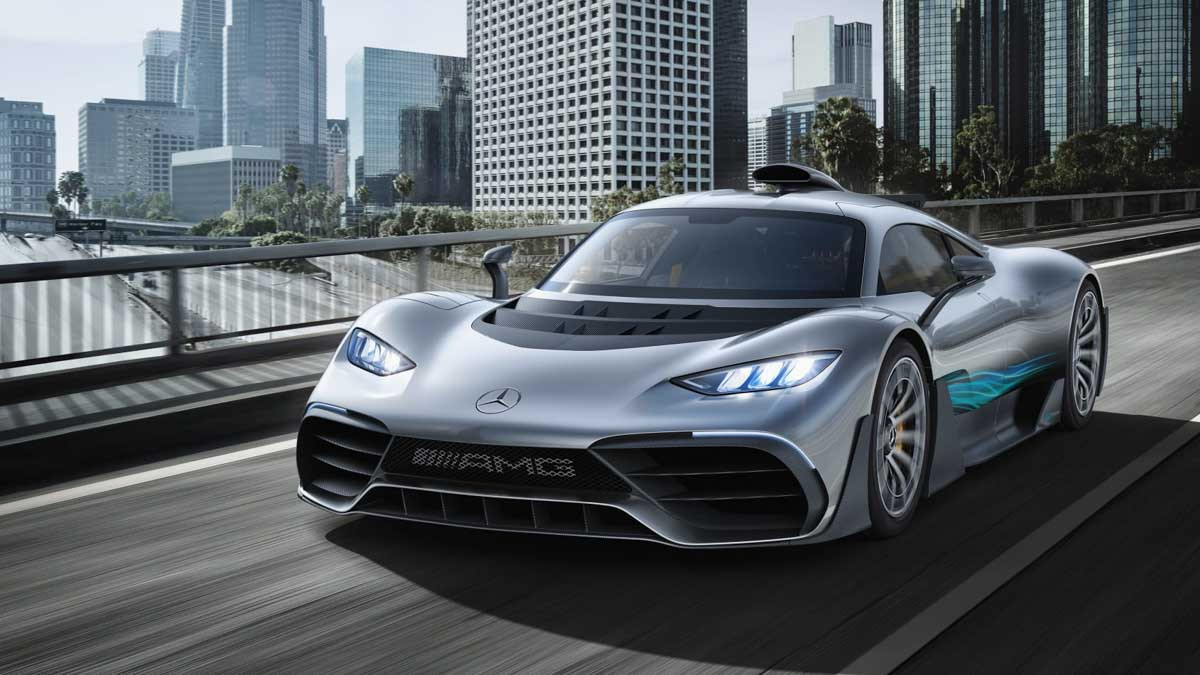 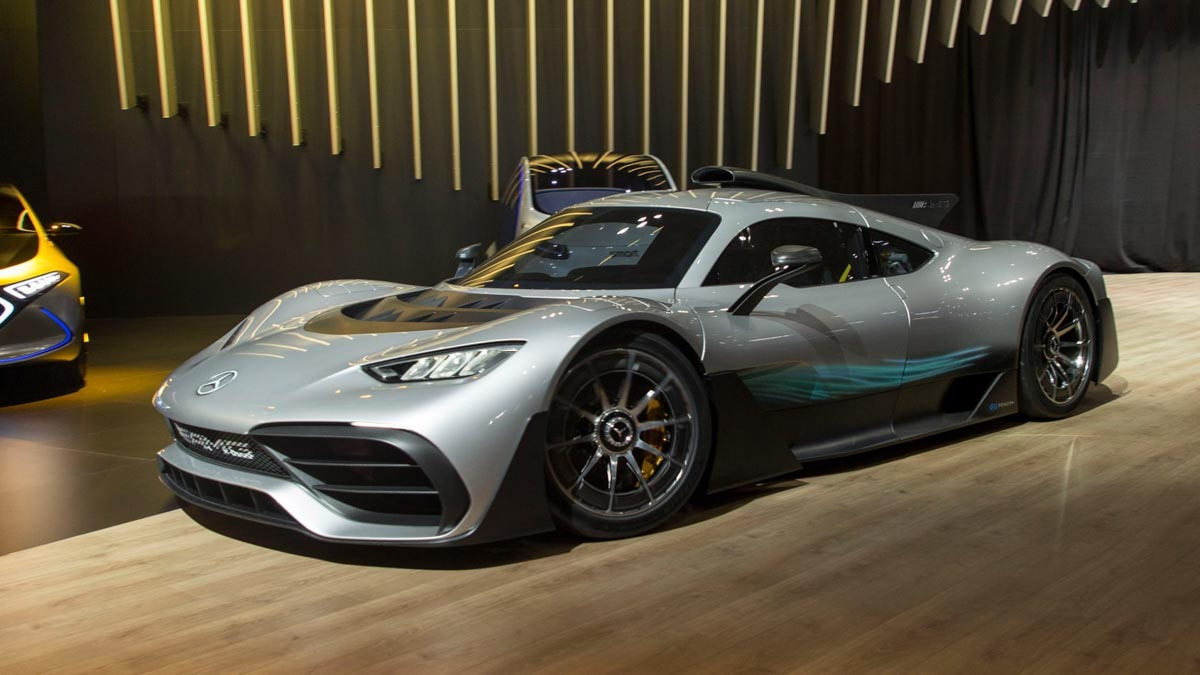 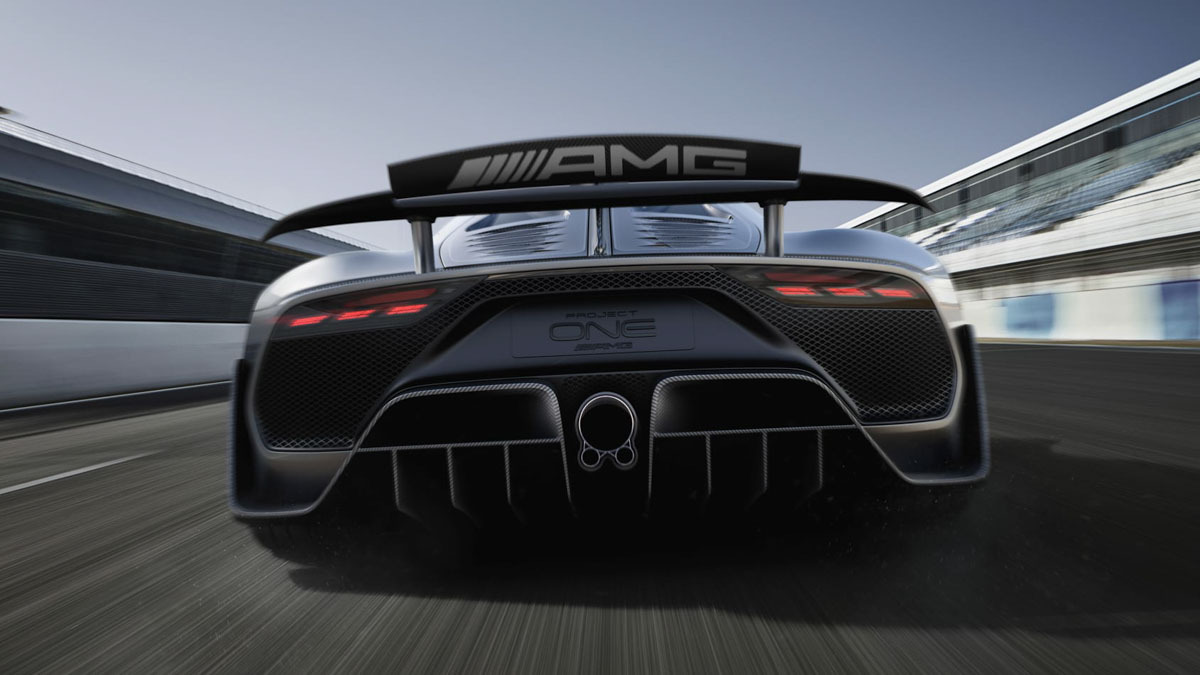 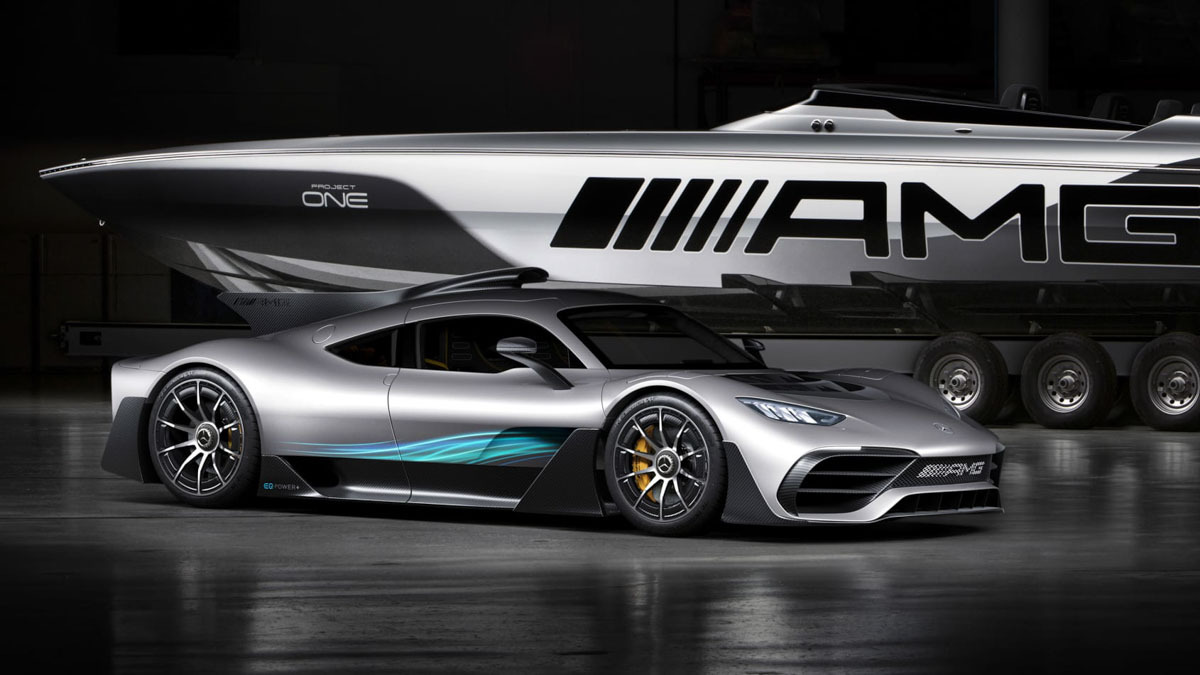 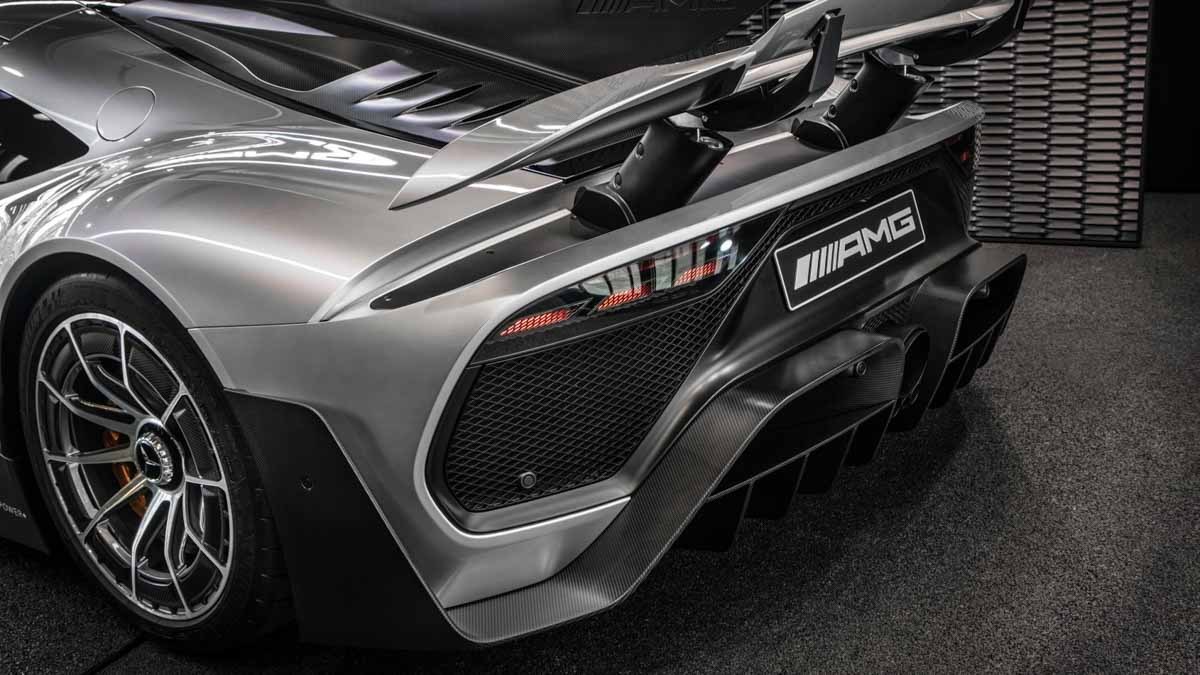 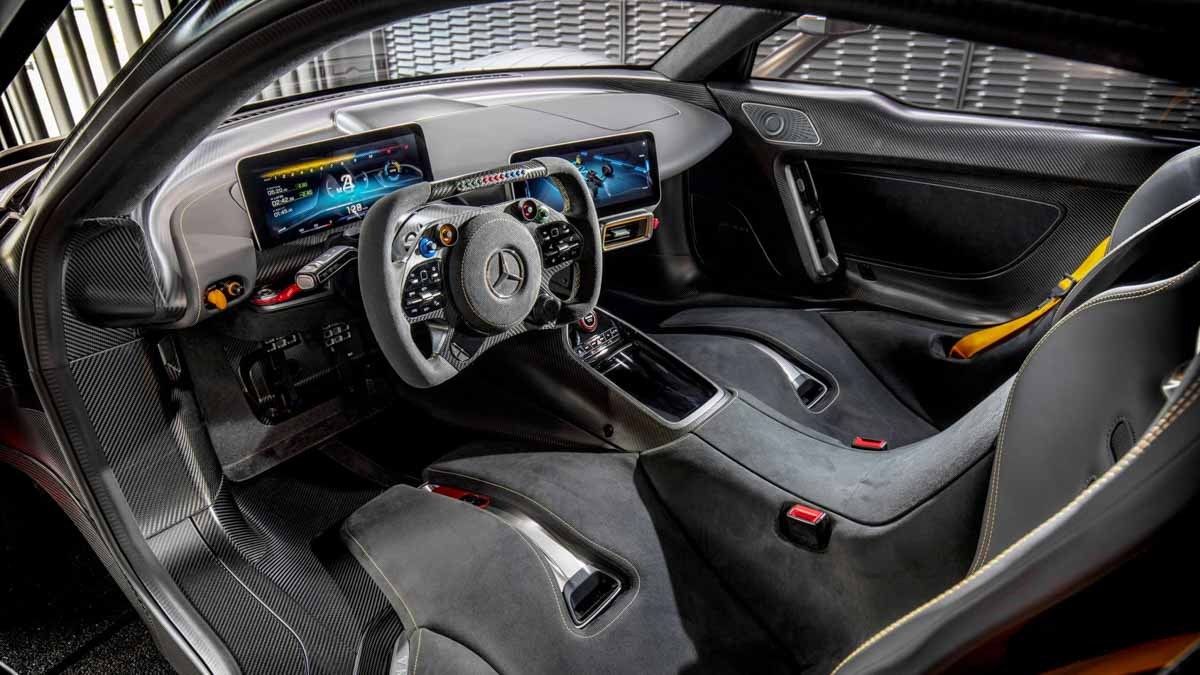 Mercedes-AMG has announced that its One hypercar is now entering the next phase of testing and development, heading to the track in its full-power modes for the first time. The multi-million-pound hypercar is a technical tour de force for AMG, combining a Formula 1-derived powertrain and aero package in a road-legal model. It has been developed to represent the success of both AMG’s Formula 1 efforts and its successful expansion under the former leadership of Tobias Moers.

The Project One hasn’t had the easiest pathway through development though, only now reaching this body-on prototyping nearly three years after its initial reveal to the public. This has been for a multitude of reasons, not least the decision to repurpose a highly strung Formula 1 race engine as a reliable road-going powertrain.

In addition to this irony, the two near-1000bhp hypercars now don’t just have each other to worry about either, as Gordon Murray has also entered the fold with the GMA T.50. It may be lacking the headline figures of the AMG and Aston Martin, but the T.50 has its own aces to play in this three-way battle. It’s going to be quite the triple-test.

As you might expect, all-wheel drive plays a part, delivered and intelligently vectored by an electric motor in each front wheel. But let’s start with the game changer at the back. As with the current Mercedes F1 car, the rear wheels are driven by a turbocharged 1.6-litre petrol V6 with direct injection and, for the sake of longevity, an 11,000rpm red line – dialled down from the 13,500rpm Lewis has to play with but still vaguely nuts compared with anything even the driver of the most hyperactive hypercar is used to.

A strategically tamed WO8 motor, then? Not exactly. AMG calls it a ‘bespoke unit’ that marries elements from WO6, WO7 and WO8. The engineering is exactly the same, though. Air is fed into the engine by a combined mechanical and electrically-driven turbocharging system with the exhaust turbine located near the exhaust and the compressor near the roof-mounted air intake. They’re joined by a long shaft to which is connected an 80 kW electric motor. This primes the turbocharger to eliminate lag and, according to AMG, gift the V6 faster responses than a naturally-aspirated V8. The electric motor also recovers waste exhaust energy which can then be used to replenish the hybrid battery block or directly drive the MGUK.

MGUK? It stands for Motor Generator Unit Kinetic, another electric motor positioned on the side of the crankcase and directly connected to the crankshaft. It can either drive the crankshaft, adding 120 kW to the power tally, or be driven by it. AMG claims that the combined petrol-electric elements working as a complete unit achieve an unprecedented thermal efficiency of around 40 per cent against a norm of 30-32 per cent. It’s as close as you’ll get to guilt-free 1000bhp+ motoring.

Not strictly up for discussion on this ‘powertrain reveal’ but the suspension system will have race car style, horizontally packaged, pushrod dampers, a carbon tub, carbon ceramic brakes and, of course, active aero.  But perhaps most remarkably of all, AMG reckons One owners will be able to drive their cars for 50,000km rather than after a brisk trip around the houses in Monaco before the first ‘revision’ is needed, which means removing the engine and transmission and taking them apart to see what’s been going on, just like a race car. But given the evidence that hypercars tend to accumulate quickly-covered kilometres at a leisurely rate, the 50k day can probably be put off for a couple of years at least. So thank goodness for the stress-easing effect of that 11,000rpm red line.

As One is still undergoing fine tuning in the simulation phase, no prototypes have been built yet, save for a mule running the EQ Power+ pack. But  AMG is already talking up what One will be capable of. For instance, it will have better traction than a Mercedes F1 car. ‘Good for perfect acceleration and record lap times, especially the Nordschleife.’ That will be something to see.

We quizzed former Mercedes-AMG CEO Tobias Moers on the hypercar we’re awaiting with bated breath – the Project One.

How is the project progressing?

‘We have a combined team with Brixworth [Mercedes-AMG High Performance Powertrains], as we have a lot of experience on the emissions and OBD side. We’ve also just invested in a new [test] bench, and will run the first things there at the end of March. We’ve learned a lot as well! So far I’ve only driven it on the simulator – on the Nordschleife – but we’re going to be on the road with the car by October.’ 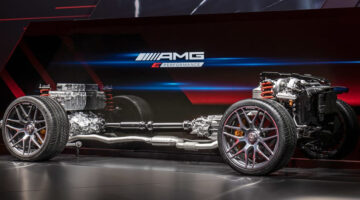