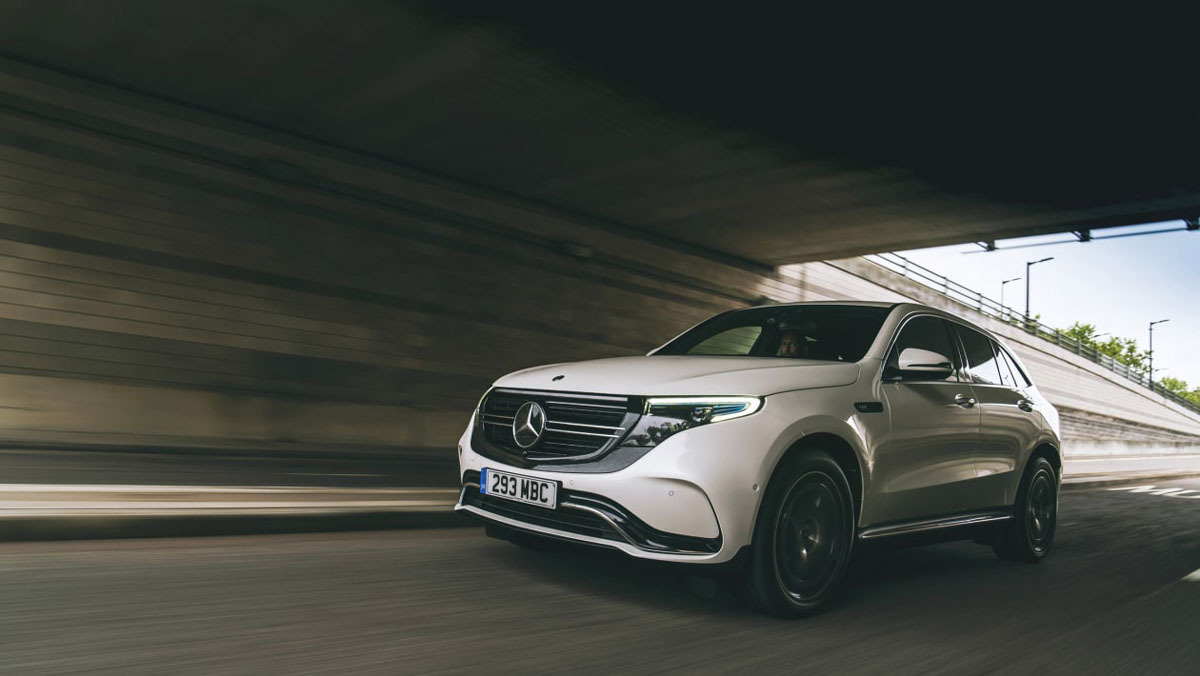 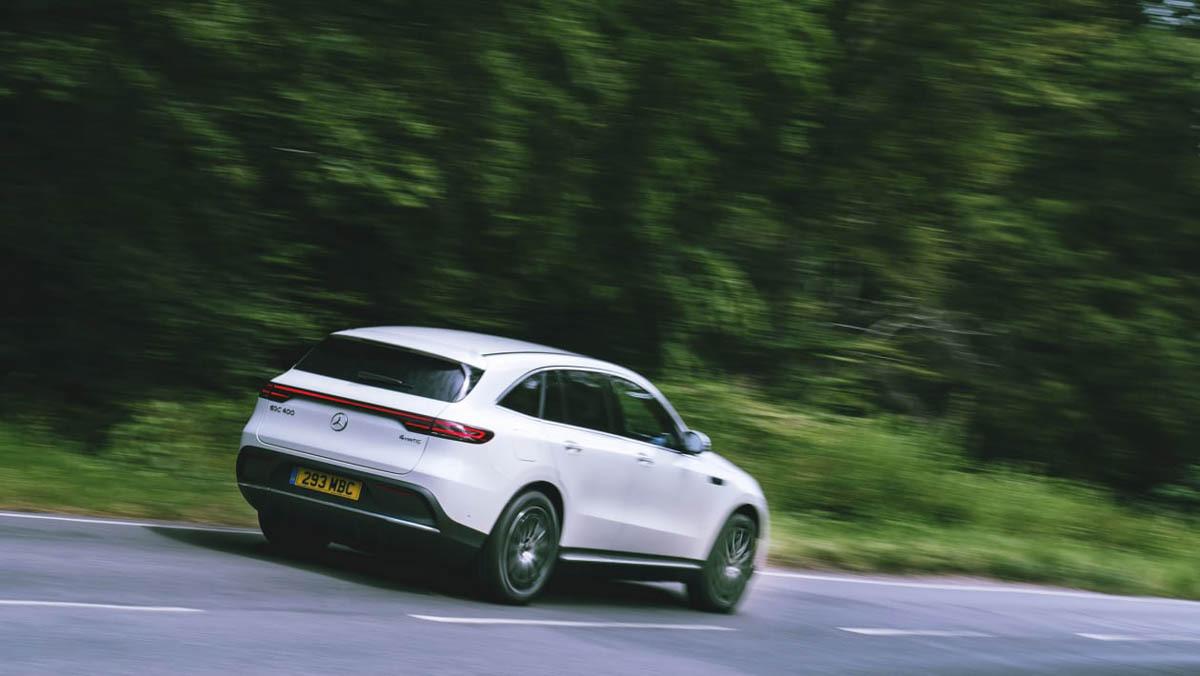 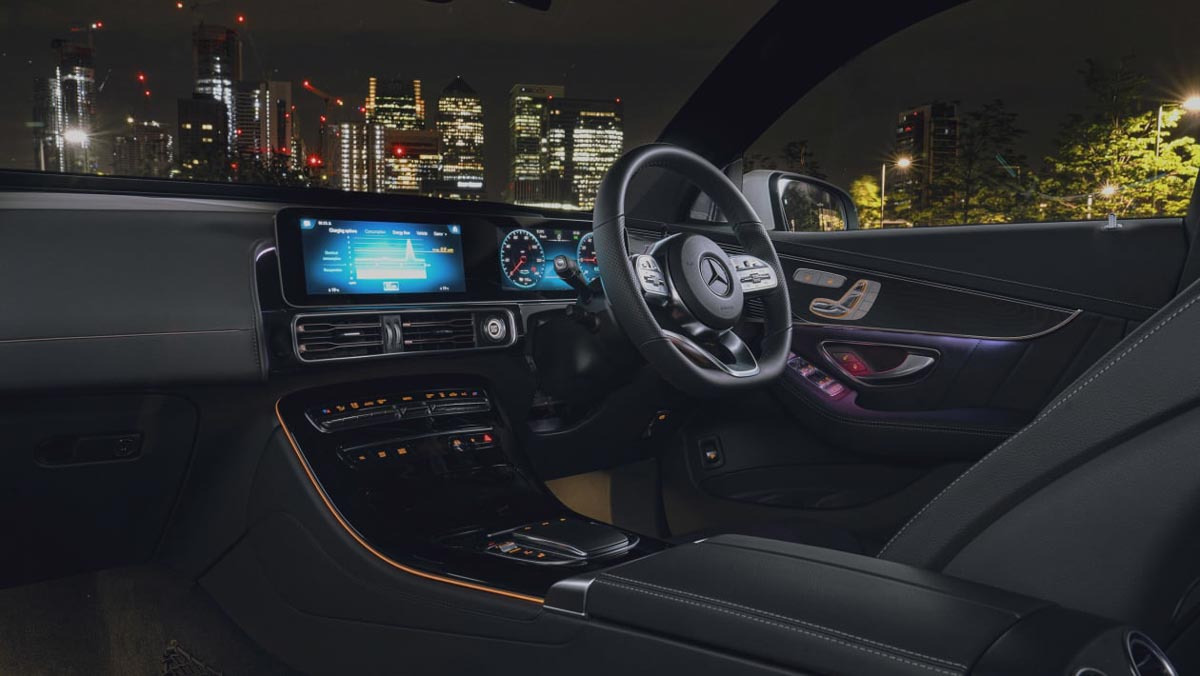 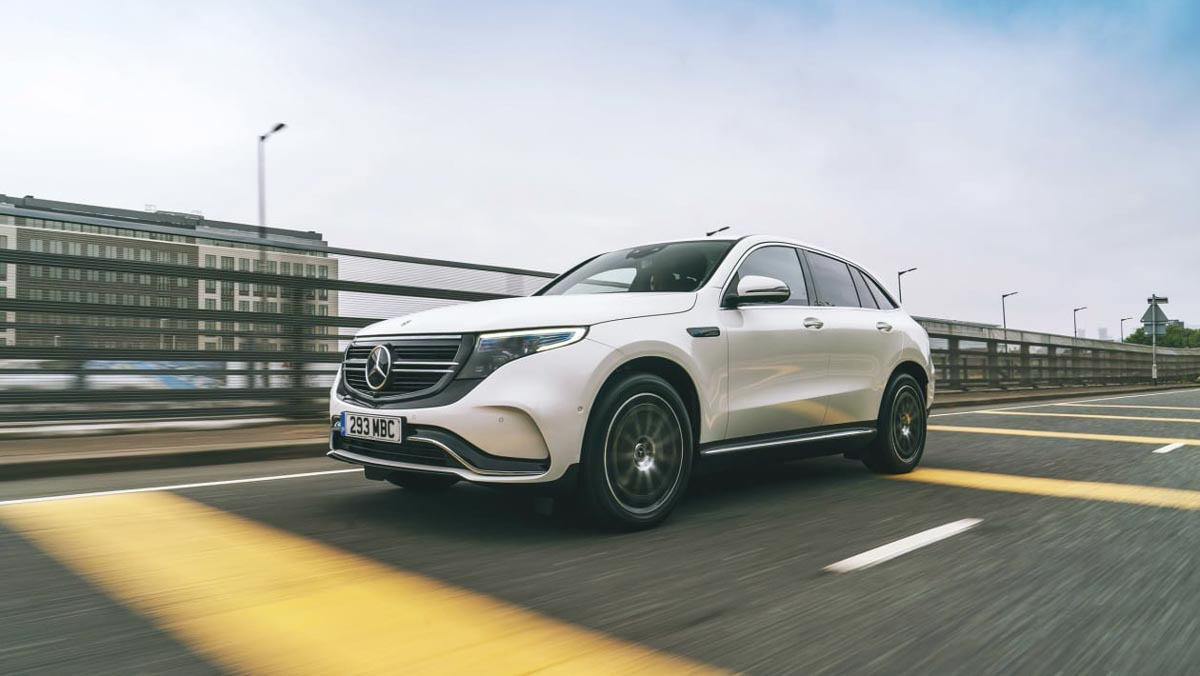 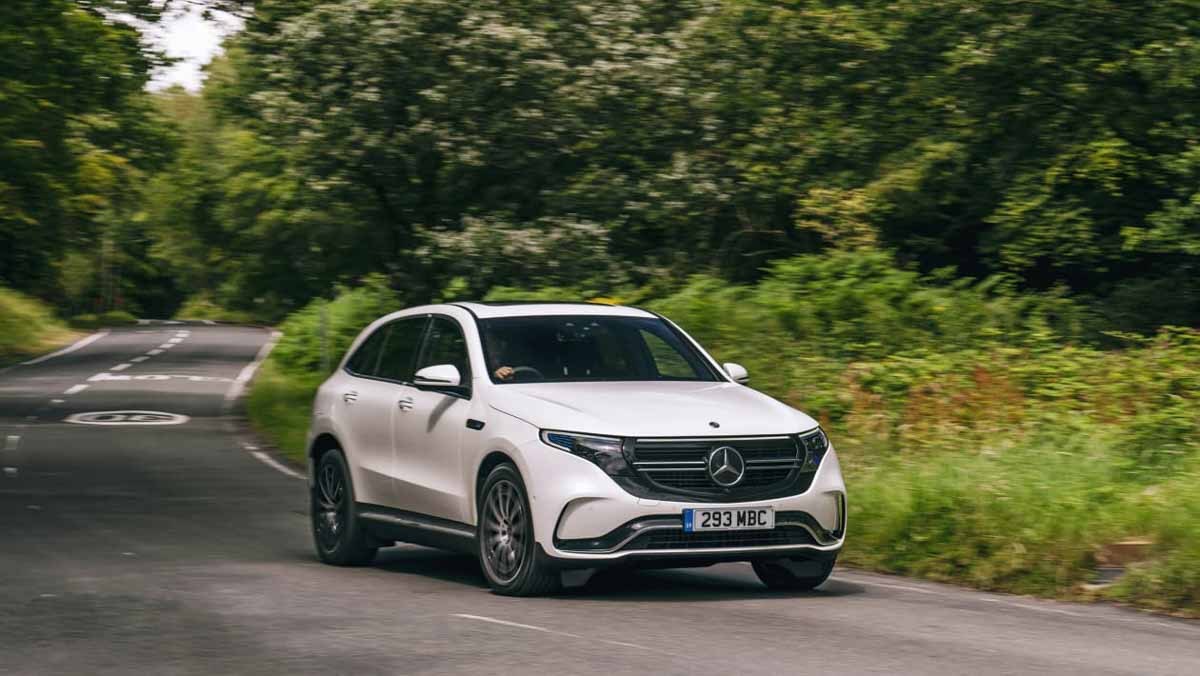 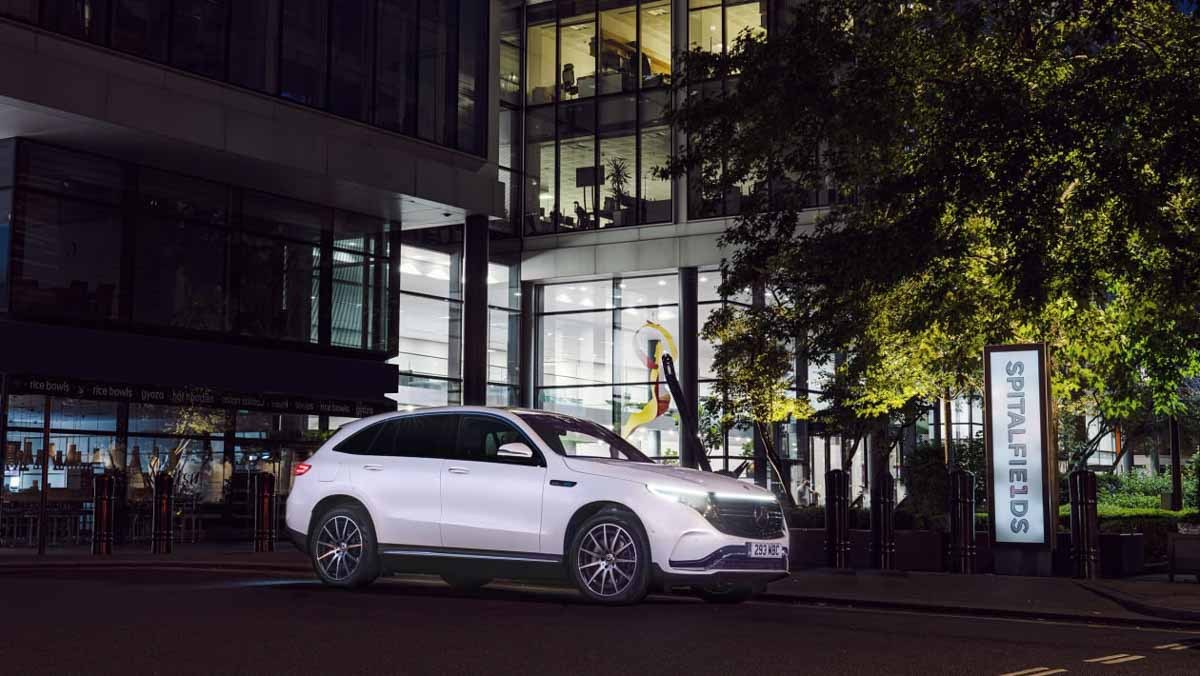 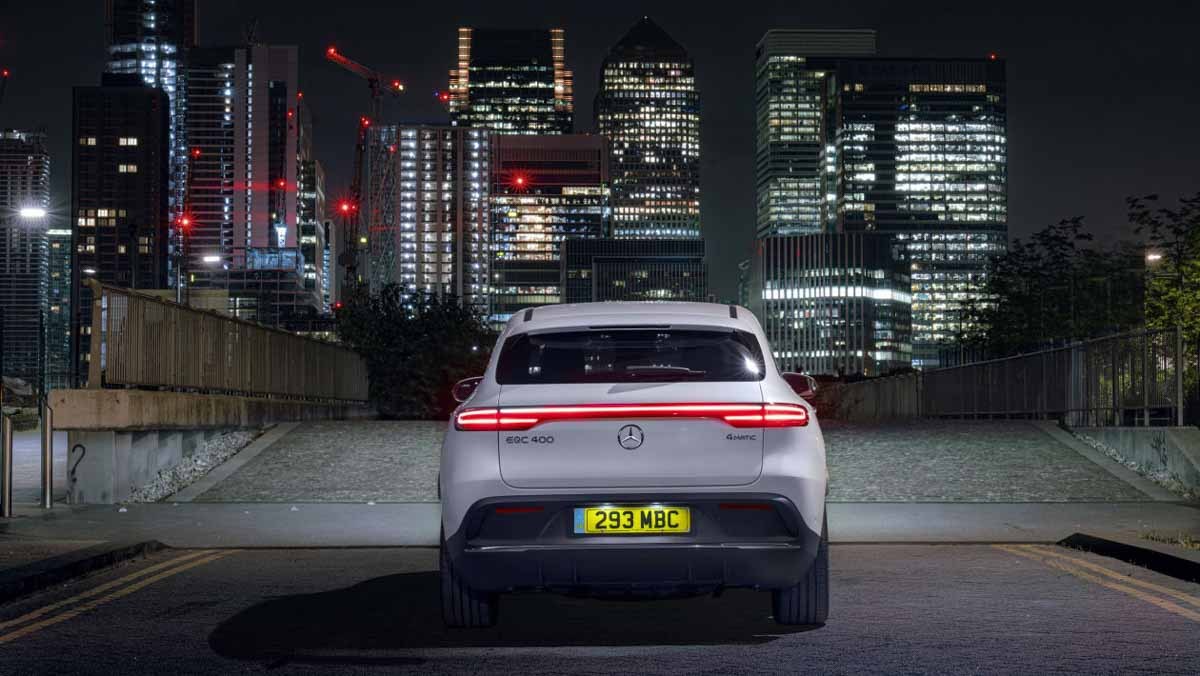 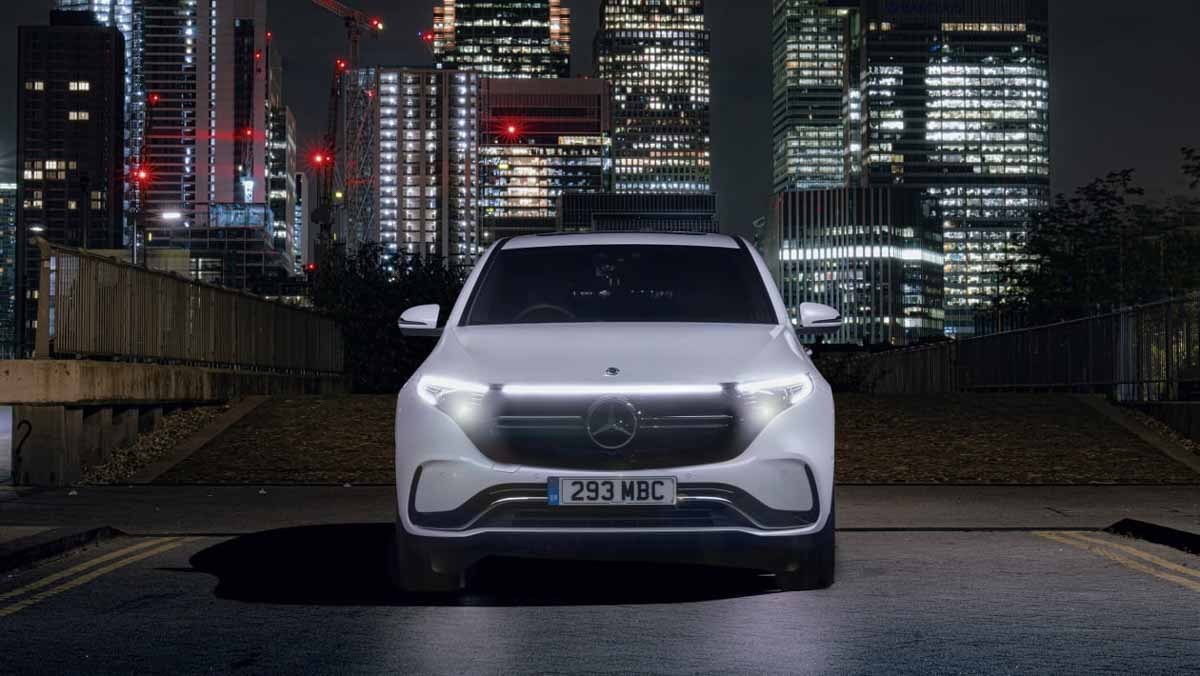 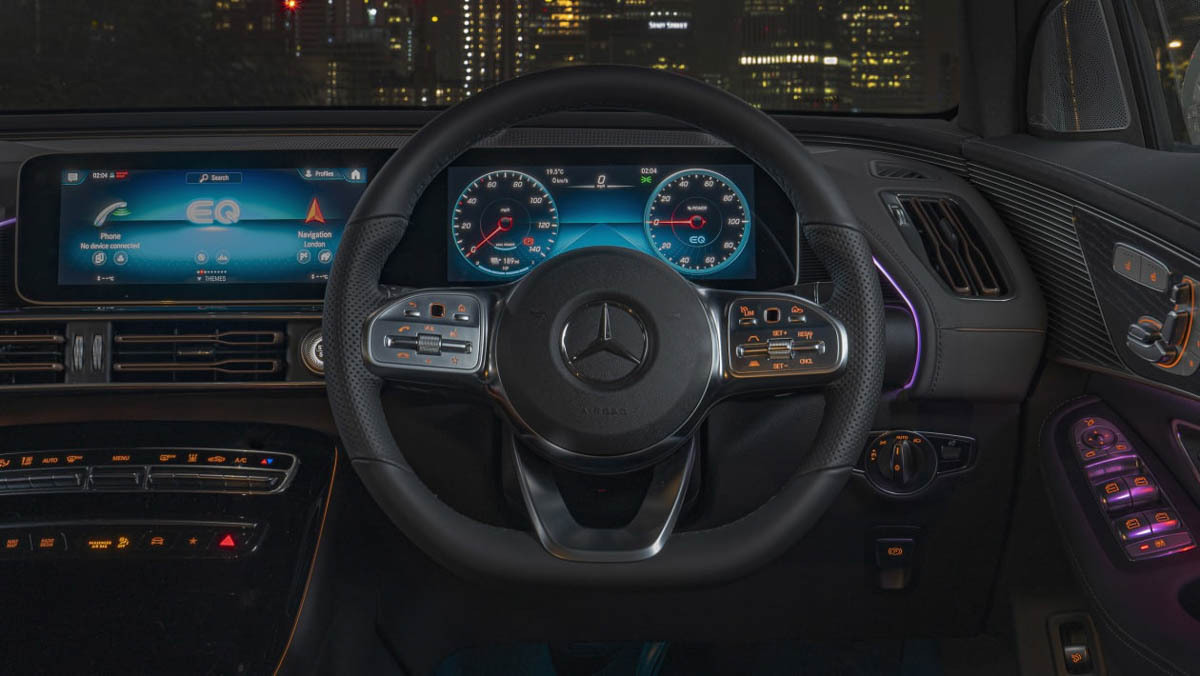 As we progress through that transformational phase between daily driving cars with internal combustion engines and those with electric motors, EVs have shifted from being the preserve of industry disruptors to become an essential component of manufacturers’ future road maps. The EQC represents the beginning of Mercedes’ journey to an electrified future, the brand’s first all-electric model without a combustion derivative.

Unlike other high-profile electric models from establishment manufacturers like the Porsche Taycan or Volkswagen ID.3 though, the EQC finds its origins in the existing GLC. It rides on a repurposed platform borrowed from that internal combustion-engined mid-sized SUV. This tactic has sped up development and resulted in the EQC reaching the market in relatively good time. Audi has travelled a similar path with its rival e-tron.

The EQC’s powertrain is composed of two asynchronous electric motors that sit on each axle and provide direct drive without the need of energy-sapping transmissions or differentials. These two motors produce a maximum equivalent power of 402bhp and a peak 561lb ft of torque from zero rpm.

80kWh’s worth of lithium ion batteries are placed in a flat bank under the cabin and a block under the rear seats. While this does help with the EQC’s centre-of-gravity, a 2495kg kerb weight still makes this a very heavy car. It’s also worth remembering that the EQC’s footprint is rather compact too, being more Discovery Sport than Discovery 5 in size.

The EQC is capable of charging at up to 110kW, if you can find a point capable of those speeds, but otherwise will take around 11 hours on a 7kW wall charger from empty. The quoted WLTP range is around 400 kilometers, but during our time with the car it showed a range of around 340 kilometers on 100 percent charge, actually achieving around 260-290 kilometer on a mix of motorway and metro driving.

Acceleration to 100kph is reasonable at 5.1sec, but it never feels that fast thanks to a soft calibration to the throttle, and once up and running lacks the pull of rivals with similar outputs. This isn’t one of those electric cars that’ll scare sports car owners (or your passengers) pulling away from the traffic lights.

The EQC’s suspension is relatively straightforward made up from MacPherson front struts and a multi-link rear. Air springs are standard fit (self-levelling on the rear axle) and are set to a single ‘comfort’ setup in the region regardless of the trim variant.

The tech inside the cabin is typical Mercedes-Benz, which displays enormous depth of capability within the typical dual high-resolution screen layout. Merc’s MBUX operating system isn’t the most intuitive, but with familiarisation is mostly painless to navigate.

The first impression is one of mass. Despite the light and fast steering rack, the whole car moves with a lumbering hesitation that makes it feel every bit of its 2495kg. The throttle calibration is puzzling too, giving little initial response, but then feeding power in with too much vigor once further into the pedal travel. This makes low speed progress needlessly jerky, and parking a nostalgic case of rolling back and forth like an Alfa Romeo fitted with the Selespeed transmission.

The brake pedal does an admirable job in blending regenerative and friction braking into the one pedal input, the former varies in strength depending on levels selected via two steering wheel paddles. Despite their placement as a ‘constant use’ control (ie. something the driver could constantly vary during driving if they wish), the different levels of regenerative braking don’t bleed in subtly, instead they switch on the regeneration as if you’ve just slammed on the brake pedal. This makes it unpleasant to use as a method of slowing the car, something that other electric cars with regen-paddles manage to do with more subtlety.

Acceleration is adequate at best, and certainly lacks the punch of the identically-powered Audi e-tron. When up and running at motorway speeds, it is quiet, calm and cosseting though, or it would be but for the intolerably poor ride quality. The EQC doesn’t settle at any speed, feeling stiff-legged and underdamped even on smooth roads. There isn’t a payoff in body control either, as the air springs just can’t control its lateral forces without making it feel like the tyres are peeling away from the rims. Even our test car’s basic 20-inch wheels easily found surface scars and translated them into the cabin.

The actual suspension travel is also shockingly short, which causes the wheels to violently drop into potholes, only to then crash into the bumpstops under compression. Mercedes-Benz really is expert in calibrating cars to ride well, so the EQC is a clear example of the issues ths GLC-based platform encounters when there’s an extra 700kg for it to handle.

All EQCs are well-specified, as you’d expect for a starting price of $91,222, with Merc’s twin-screen setup dominating the interior. Something that approximates leather trim is also standard, while the odd neoprene-like surfaces covering the dashboard look contemporary and help further distinguish the EQC’s otherwise familiar layout.

AMG-Line models cost from just under $97k, with the Premium and Premium Plus packs costing from around $5k and $9k, which add goodies like massaging seats, a sunroof, a high-end stereo, full automatic parking – the list goes on.

Its key rival is the Audi e-tron SUV, which like the EQC is based on a shared combustion-derived platform. Unfortunately for Mercedes, the e-tron’s MLB platform is inherently more flexible and this has allowed Audi to diversify the e-tron into three variants which represent more convincing BEV packages. The 55 Quattro model also pairs two electric motors with 400bhp combined to a 90kWh battery pack. Quoted WLPT range is a similar 400 kilometers or so, but as with the Merc it’ll more realistically do around 290-320 kilometer in mixed driving.

The e-tron is slightly more expensive model-for-model, starting at just over $97k in 55 Quattro trim and rising to $108k for the sportier S-line trim. Both versions are more liberally equipped and better EVs generally than the EQC on the whole, so if you must have a posh electric SUV, it’s the one to have for now.