AMG’s hybrid GLE has a strong mix of refinement and performance, but can’t completely hide its size and weight 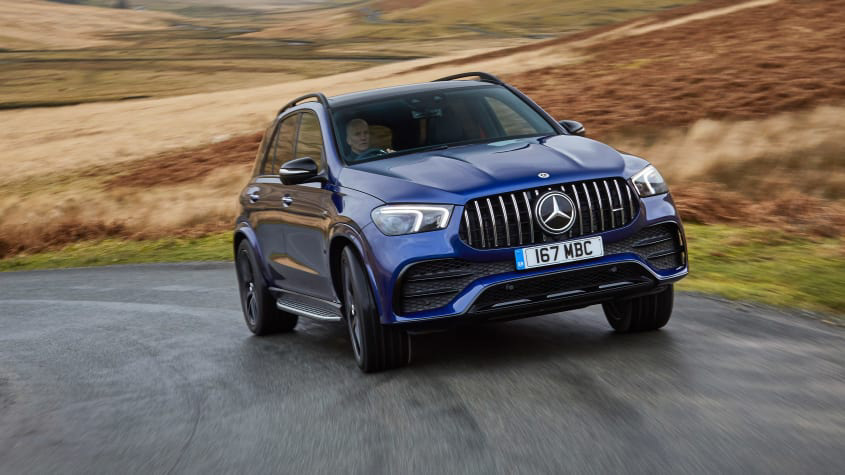 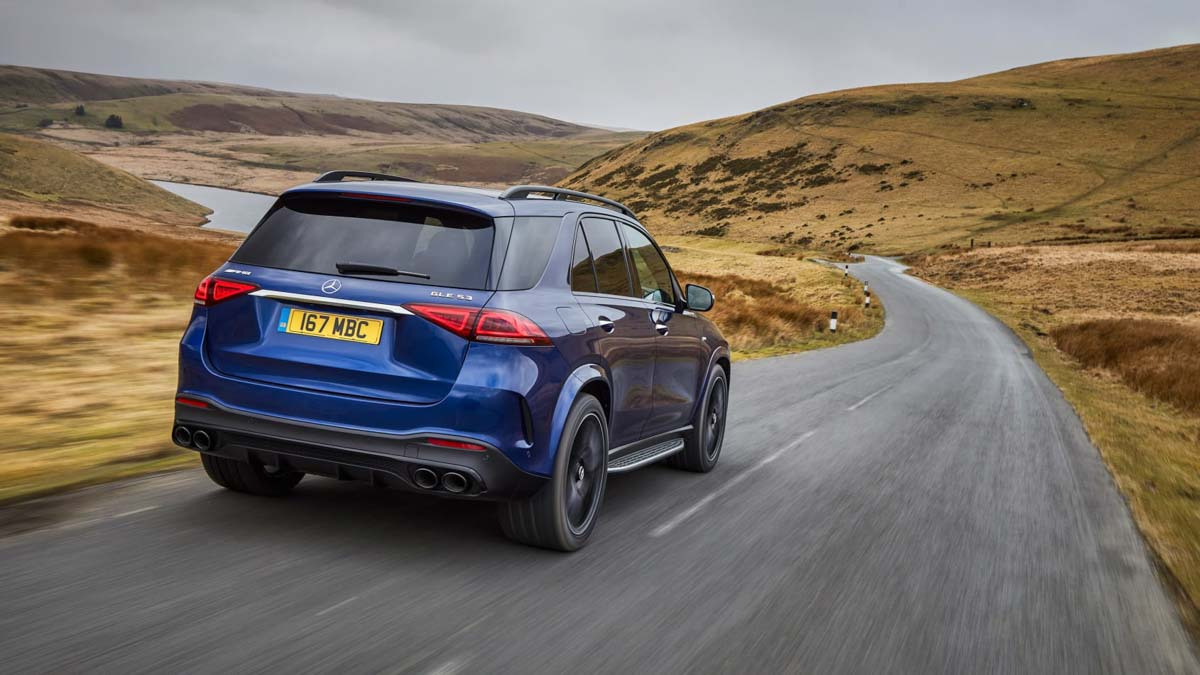 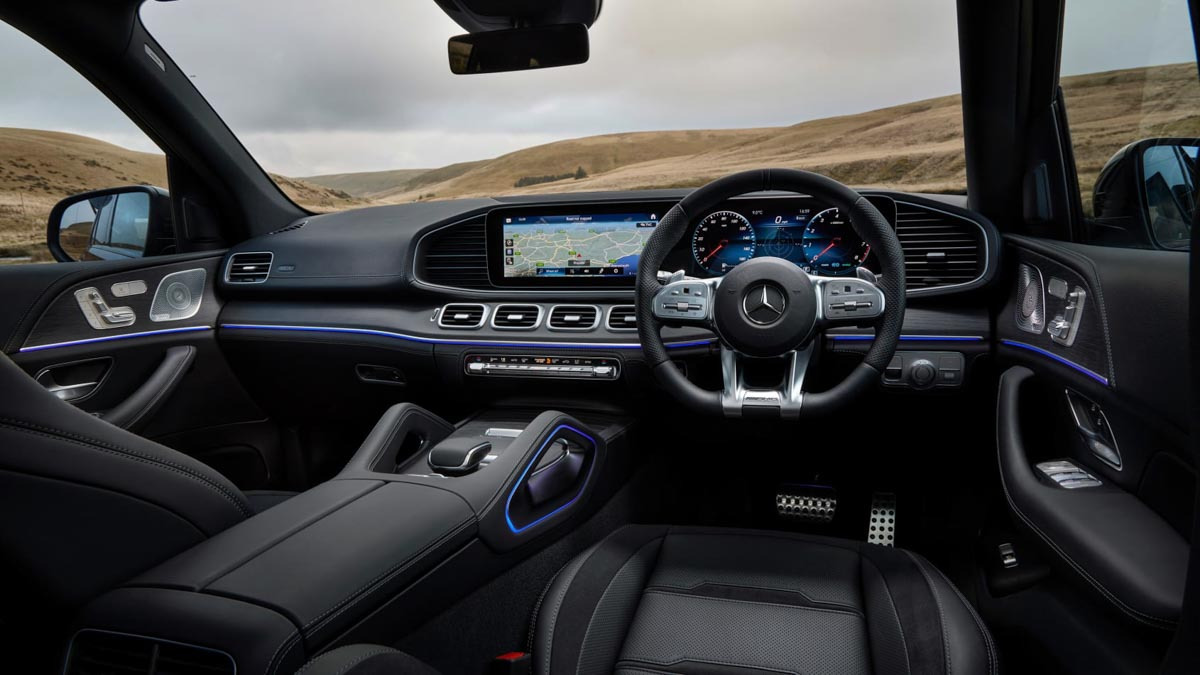 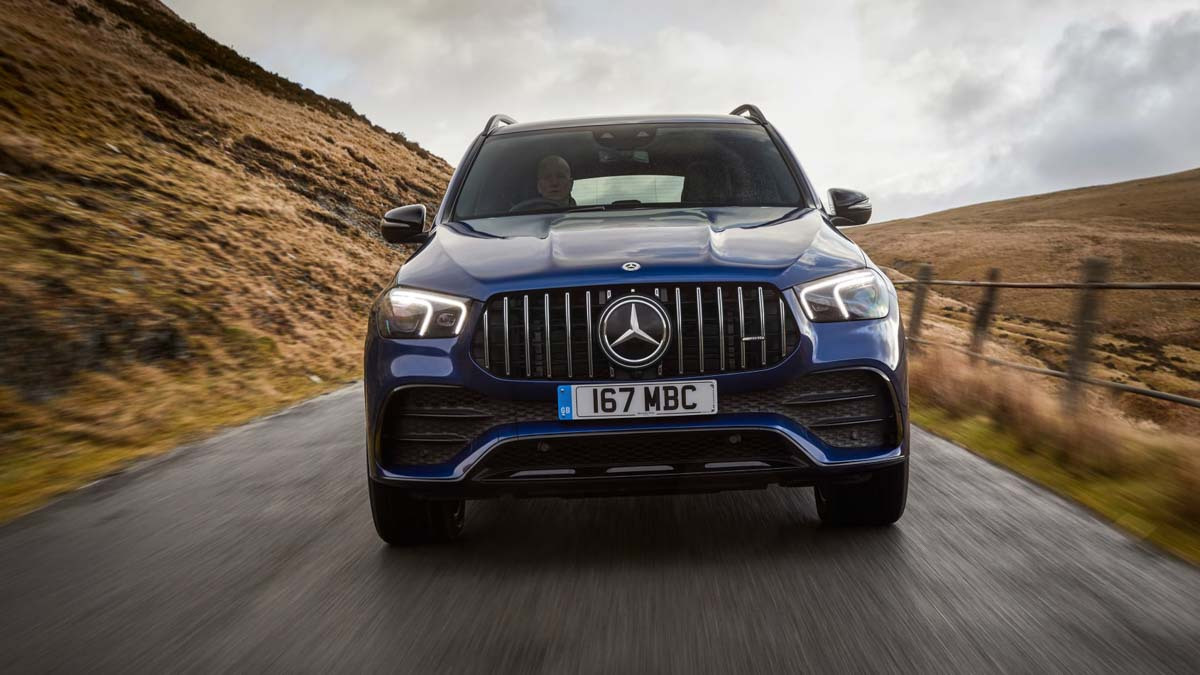 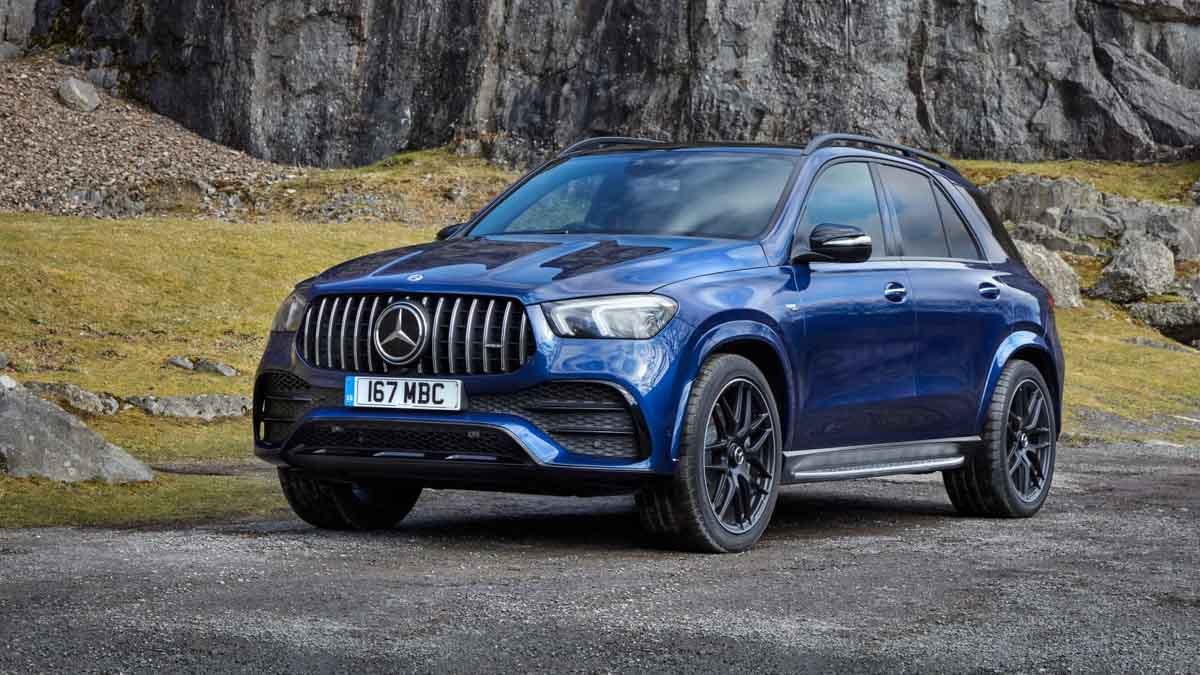 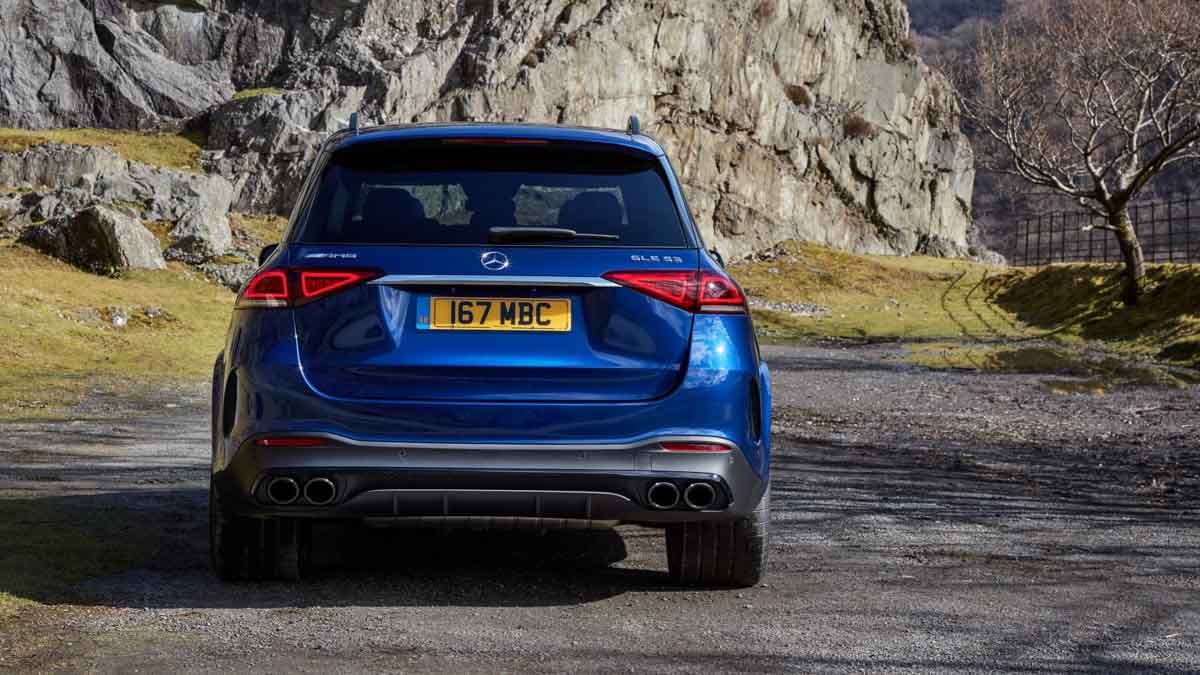 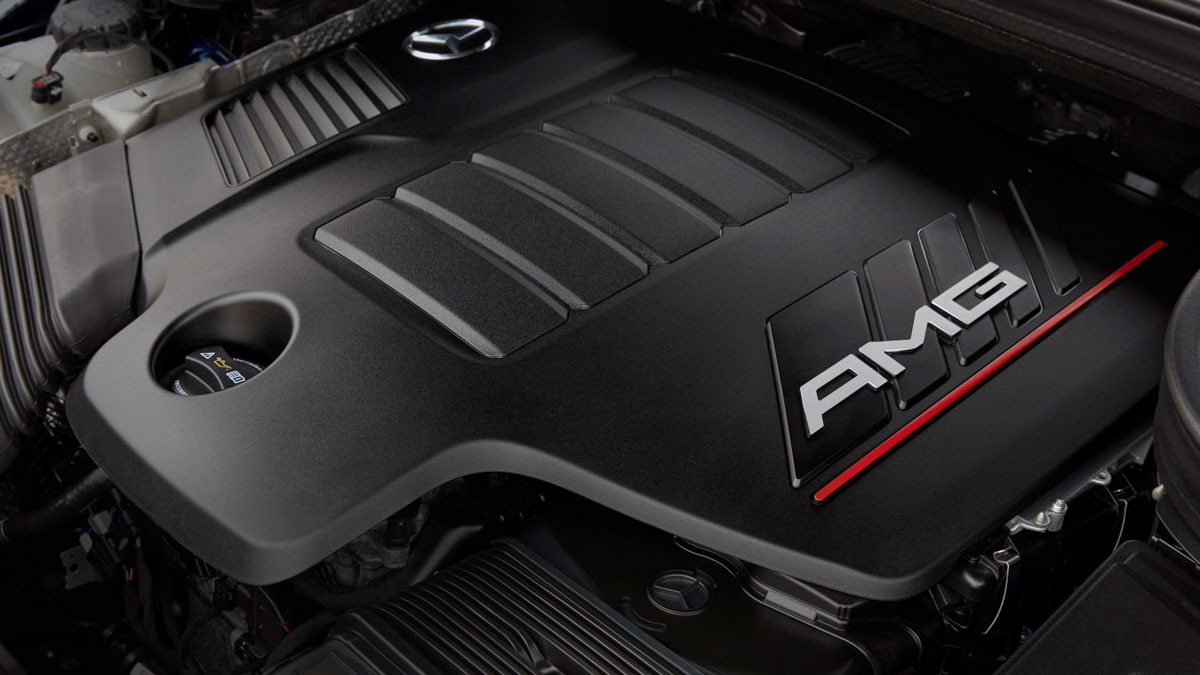 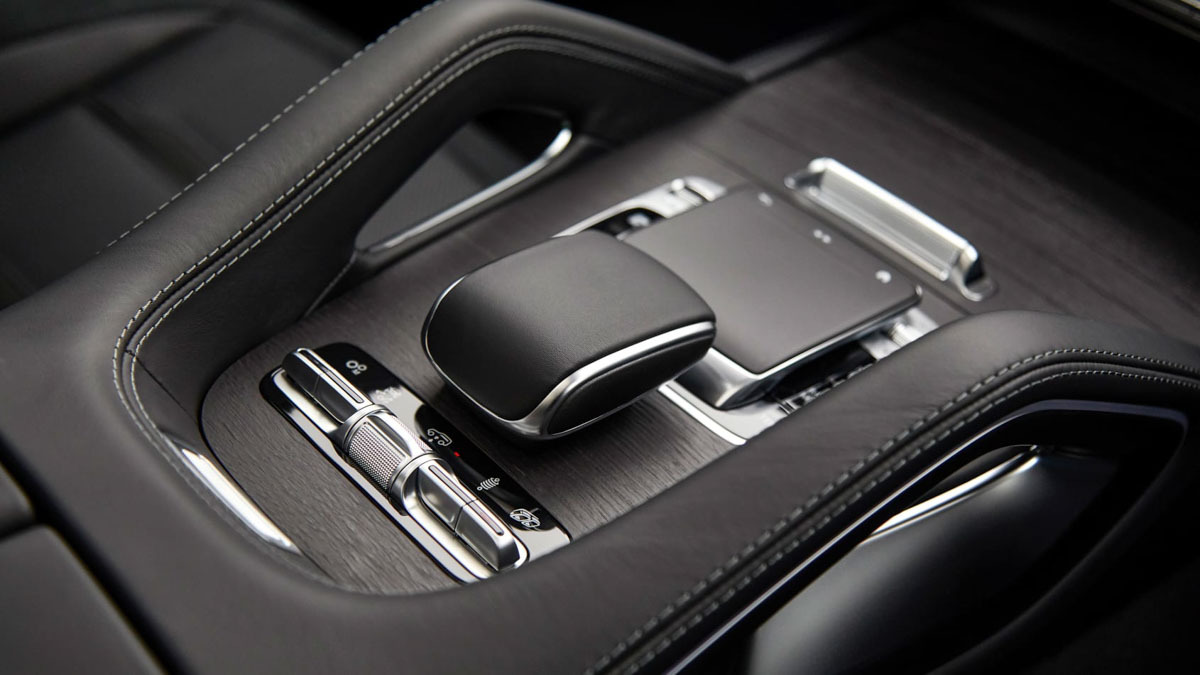 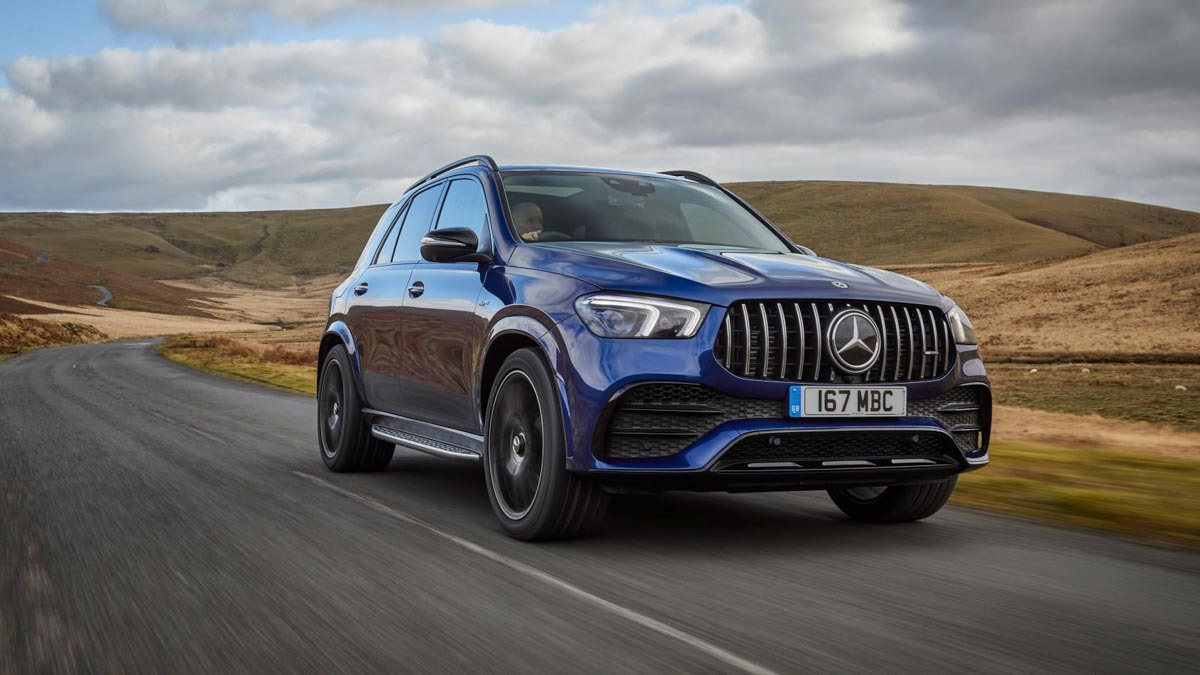 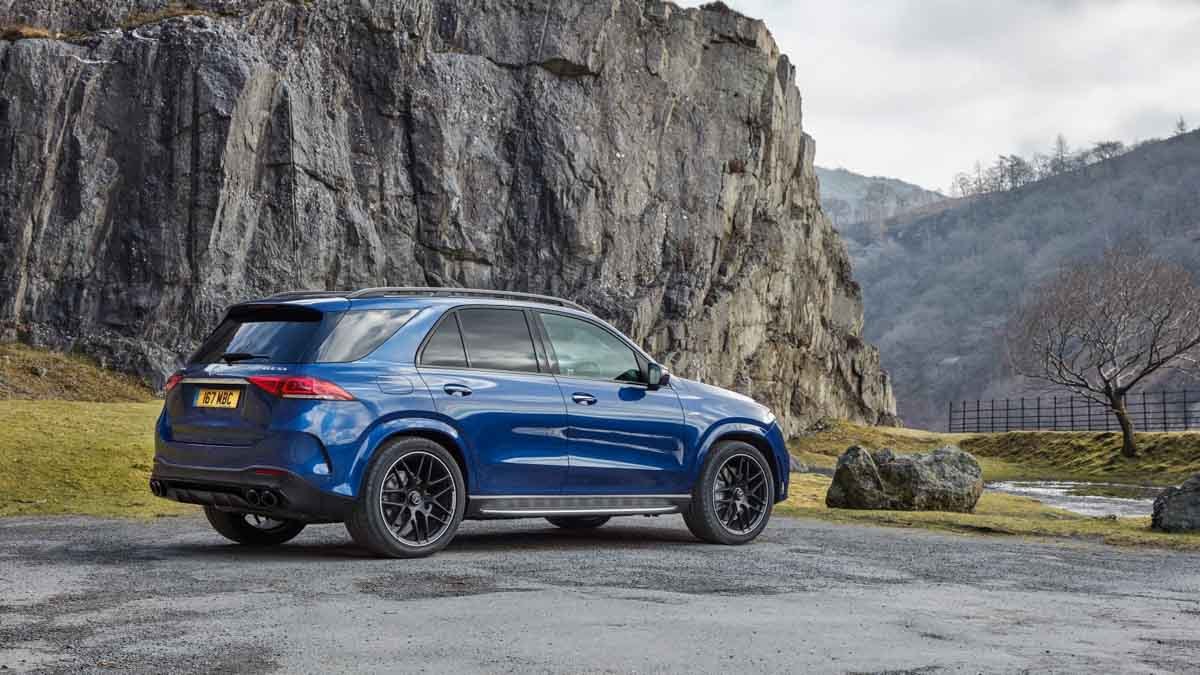 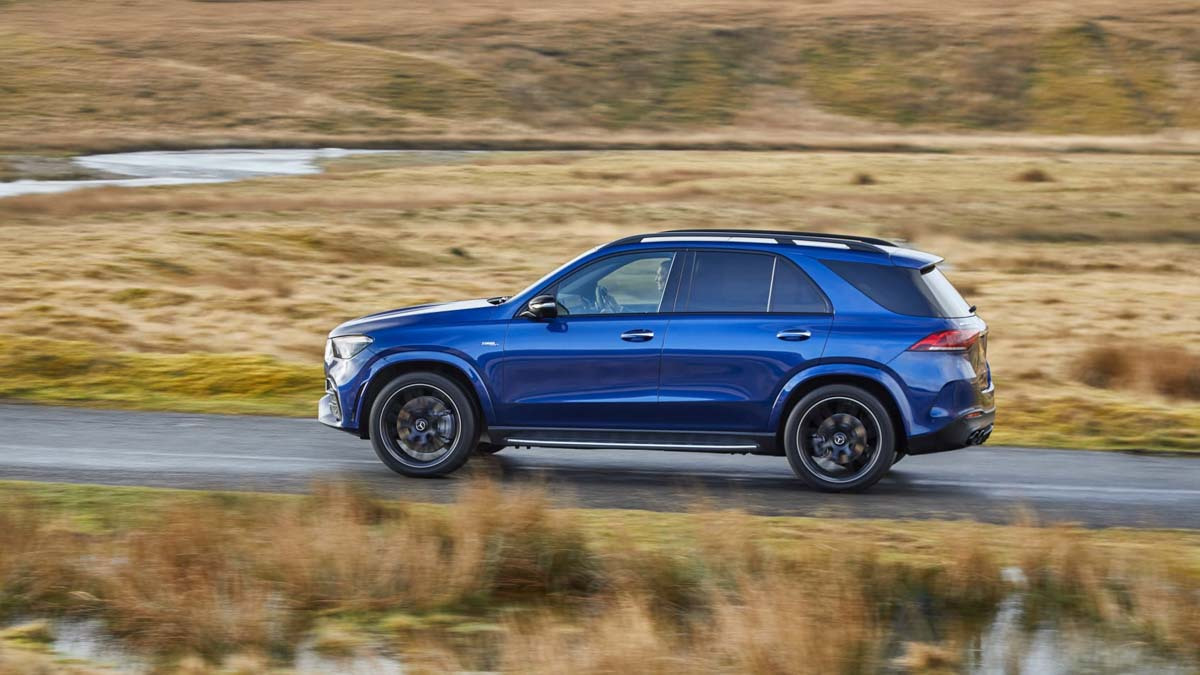 ‘Where there’s muck there’s brass,’ could have been uttered specifically to describe the market for SUVs. Vehicles that were once relegated to the fields and forests are now huge moneymakers for car manufacturers, and as well as infiltrating virtually every size segment, they’ve also spawned several performance models over the years.

Mercedes-Benz was an early adopter of the luxury SUV with the M-class and an early proponent of the performance variant too, with the ML55. Several generations and a name change later you can buy two different performance GLEs: the range-topping GLE63, and the car you see here, the hybrid-assisted GLE53.

Cars such as this will never be core evo territory in the way hot hatchbacks, sports cars and trackday weapons might be, but they’re also hard to ignore, mixing practicality, performance and prestige. So what can the AMG GLE53 offer?

AMG’s powertrain hierarchy is mercifully easy to understand. The ‘53’ models use turbocharged and hybrid-assisted 3-litre straight-sixes, and ‘63’s use the familiar 4-litre twin-turbo V8.

The GLE53 therefore is a GLE powered by the hybrid ‘EQ boost’ in-line six, also found in the E-class coupe, CLS, and in some markets the AMG GT 4-Door. It makes 429bhp at 6100rpm and 383lb ft of torque from 1800rpm, the latter enhanced by the car’s integrated starter generator, a motor mounted between engine and gearbox that can assist the engine, as well as recuperating energy under deceleration. Additionally, an electric compressor helps build boost at low engine speeds to minimise turbo lag.

The upshot is a 0-100kph time of 5.3sec (despite a kerb weight of 2230kg), and the usual electronically limited top speed of 250kph. Drive is sent to all four wheels through a nine-speed automatic transmission.

The current-generation GLE is fairly fresh, having been introduced in 2019, with subtly different styling, a new interior and the introduction of new engines, the straight-six among them. As with its predecessor it’s sold in both conventional hatchback and coupe forms.

The 53s get AMG Ride Control suspension as standard, a unique tuning of the GLE’s air suspension, with the usual Dynamic Select modes gradually firming things up to the benefit of body control, and in theory, the detriment of ride quality. Electromechanical actuators also adjust the anti-roll bars to assist the 53’s dynamics, the aim being to balance straight-line comfort with minimal body movements in cornering.

As for Dynamic Select itself, that features the usual driving modes we’re familiar with (Comfort, Sport, Sport+ and Individual), plus this being the GLE, additional Trail and Sand modes for off-road conditions.

Better than you’d expect, but not as engaging as a Porsche Cayenne. Which actually, you probably did expect. The thing is, as is often the case for cars of this type, whatever dynamic ability the GLE 53 has will always be compromised somewhat by the physical properties of its 2.2-ton kerb weight.

AMG has nevertheless got pretty good at minimising those compromises, and there will always be a certain appeal to a vehicle as large as this that performs well and grips hard enough to crack on at a decent pace whatever the road.

There’s certainly enough performance from the 53’s drivetrain to justify the AMG badging, and with the assistance of the hybrid components it’s responsive in a way AMG’s old V6 ‘43’ engine might not have been in a car such as this. The GLE’s not as rapid as an equivalent E-class or CLS obviously, but we’re still talking hot hatch equivalence here, and the in-line six is as creamy and aurally appealing as ever, more than happy to spin to the 6500rpm red line.

Back off and it’s smooth and quiet too, with good low-down responses that allow you to gather pace with relatively little effort. Gearchanges are imperceptible in auto, but take control with the paddles and they’re respectably sharp – though with nine ratios to choose from, you’ll probably want to stick to the lower five or six on a curvy road lest you have to pull the paddle half a dozen times for a lower gear into a corner.

You’d already be a little distracted by the brakes, which don’t quite have the firm pedal feel usually present in Mercedes – possibly an effect of the hybrid drive. The power’s there (as you’d expect with 400mm front discs), but they need a firm squeeze through a fairly soft pedal. Not a problem around town, but focusing when you need to shed speed on a more entertaining road.

Likewise, there’s not quite the steering response of lighter, smaller Mercedes, but there’s enough precision, and grip for that matter, to make relatively light work of individual turns. You can really lean on the outside tyres, and in Sport or Sport+, feeding more torque to the rear, the GLE remains impressively neutral even if you get on the power early.

It’s more effective than it is entertaining, and the feeling isn’t quite as amusing as the four-wheel-steered Cayenne, but it’s not lacking in ability. The GLE’s traditional SUV high driving position is also effective – being able to see over uncut verges and hedges is an underrated benefit of cars such as this.

With some fiddling of driver modes it’s fairly safe to leave the suspension in its firmest set-up too. The GLE rides more than acceptably pretty much everywhere, and loses little compliance in Sport+, but certainly gains in body control, with less float over undulations and a little more response to steering inputs, settling quickly when you turn in rather than rolling. Quick direction changes still aren’t its forté (it’ll never fully hide its mass) but if your commute includes a few roundabouts it might surprise you.

And as ever with recent Mercedes, the cabin’s a lovely place to spend time. MBUX remains one of the more effective infotainment set-ups (with a genuinely usable voice control option that minimises time spent staring at screens) and everything you’re likely to touch feels high quality. Also in common with recent Mercedes we did hear a few rattles, but otherwise the GLE feels special from behind the wheel.

In GLE53 Premium form pricing starts at $98,260 on the road, while the Premium Plus tested here comes in at $106,110. Equipment is abundant, from the AMG trappings to LED headlights, Artico artificial leather trim, MBUX infotainment and a third row of seats, while the Premium Plus gets 22-inch cross-spoke wheels to the Premium’s 21-inchers, keyless go, gloss black exterior detailing, a panoramic sunroof and a Burmester sound system.

Audi, BMW and Porsche all field key alternatives with the SQ7 ($100,435), the X5 xDrive40d M Sport ($85,145 – the X5M, considerably more powerful and expensive, is more a GLE63 rival) and the Cayenne E-Hybrid ($89,725). All offer coupe variants too, should you go down that path with the GLE, and all have that compelling ability to seemingly defy the laws of physics, at least for a time, when you start asking more of their dynamics.

While we have no direct experience of the Cayenne E-Hybrid though, we’ve driven Cayennes of other shapes and sizes and would typically rate it as the model to beat for quality, handling and appeal. With similar performance to the GLE53 but thanks to its plug-in nature, it has the potential for lower running costs too.