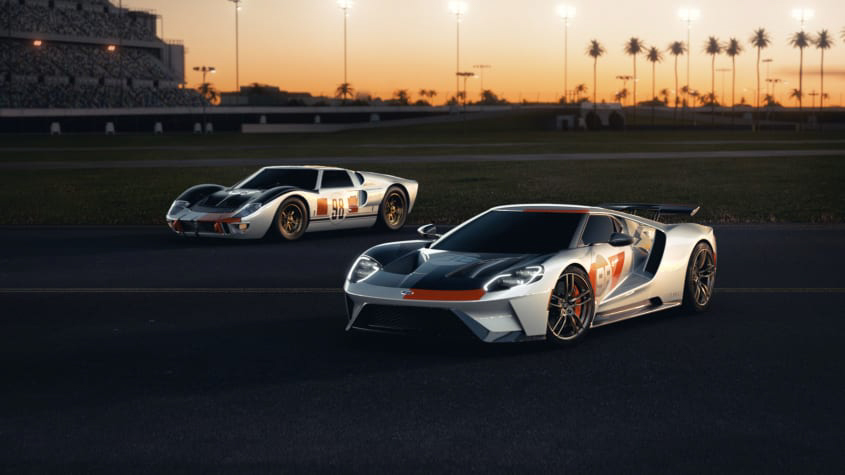 That white paintwork is decorated with an asymmetrical livery package with red accents and accompanied by matching red brake calipers that sit behind the GT’s forged 20-inch wheels, which here have a gold finish.

The Heritage Edition also has a full set of carbonfibre groundwork, consisting of a front splitter, side skirts, rear diffuser and door inserts, all finished in gloss carbon. Inside, Ford has trimmed most surfaces in the usual black Alcantara, aside from the moulded bucket seats which have a high contrast red Alcantara finish. The shift paddles are also red.

Ford has not announced a price for the GT Heritage Edition, but given its one-off status, you can be certain that it’s a fair chunk over the standard GT’s $550,000 price tag.

Ford has also released a new Studio Collection graphics package that will be available to specify on GTs throughout the 2021 and 2022 model years. It consists of decals that have been designed to accentuate the car’s race-derived bodywork, and can be combined with any available colour and specification.

These Studio Collection editions will be limited to 40 units over the two model years, and will round out Ford GT production at the end of the 2022 model year.