Sean, the man of many Lotuses, finally finds his soul mate.

Finally, somebody else ‘gets it’!

I’ve been a Lotus Loony since the age of 12 and have subsequently owned quite a few. However, here in the Middle East, it’s rare to meet others who truly understand what’s so special about these unusual cars. Few know the make, let alone the model of my car and if I mention Lotus, they think I’ve mispronounced ‘Lexus’. For sure, my Exige Cup 260 normally gets a universal reaction – be it from a little old lady or young bloods – since simply the sight and sound of it can snap a head. However, step back to an older model like my 1999 Elise and… zilch, zip, nowt. The lights are off, no one’s home. It does not compute.

This month, that changed. Through the powers of technology (Facebook) I met Sven Waldhaus, who owns a lovely black and gold 1999 Elise. I had viewed Sven’s car about a year ago when it was advertised for sale. Sven is from Austria, and only visits the UAE for the odd trip. His Lotus logic was to buy a car here and store it with his long-suffering friend Walid to use when he’s in town. The problem was that with three Elise S1s already in stock (oh, and two Exiges) it was tricky, even for me, to justify buying another. His Elise is a rare Heritage edition, one of only 100 built for the Italian market. Its JPS colour scheme harks back to the Lotus 79, which dominated Formula 1 during the 1978 season. In all other respects, the car is similar to my 111S.

With Sven used to the Austrian mountains, it was a good excuse to get out of Gotham City and head east to the Hajar hills. With his Elise needing a touch of tinkering, we took it easy to get the old girl get ready for a bit more use. Having only covered an average of 2000km per year, it’s clearly had a sheltered life. Still, it coped very well with the sweeping roads snaking up and down the mountains until we hit the coastal town of Kalba.

Chatting over a well-earned break from driving, I realised I had a bit more in common with Sven than I first realised. We’re both pretty nuts on anything with powered wheels, both got into Lotus via Alfa Romeos (I used to have a 105 Bertone Sprint GT and a 156 V6), and have both owned multiple Lotuses. He’s got a silver S1 Elise back in Austria, I’ve got two here in Dubai. He’s owned two Exiges (plus a new V6 model on order), and I’ve owned three. Even when we travel on our business trips we always aim to uncover some kind of Lotus nugget whilst there.

This is the beauty of diversity. Dubai is the new meeting place where Celts and Austrians get their Lotus craic. I haven’t just met someone who ‘gets it’. Sven’s my doppelganger.

Previous ArticleEight Things About Modern Cars That Drive Me Mad
Next Article Jaguar F-TYPE Coupé. The long awaited SPECIAL one 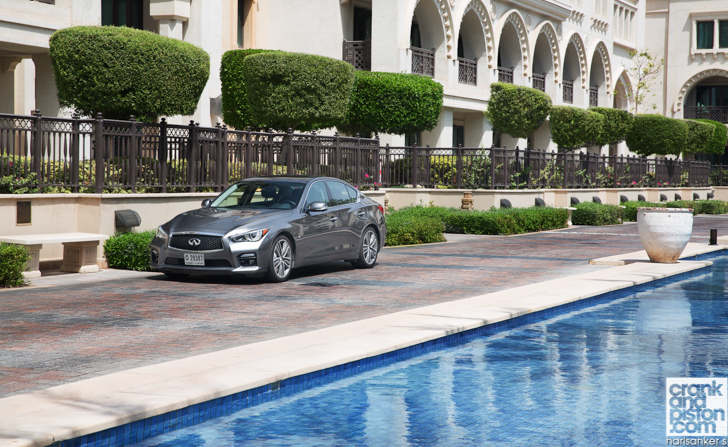