Just what makes a F-TYPE Coupe V6 S purr as a Jaguar should and hustle the corners like no other? An almost empty fuel tank is just one of the secrets… 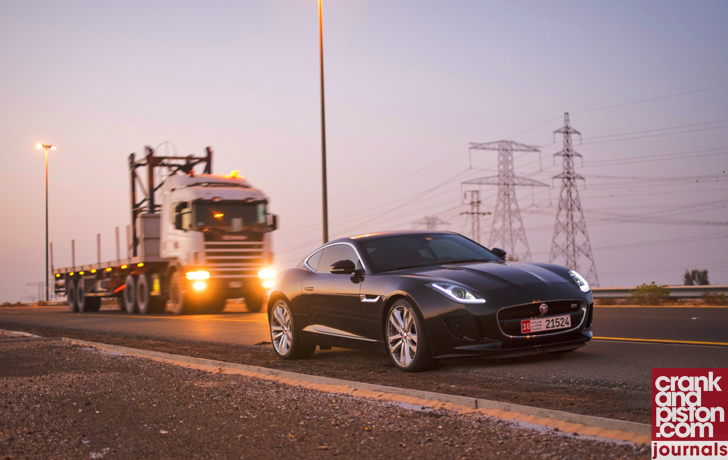 Sorry ladies, I am just not a cat person.

I guess it’s the only redeeming quality to me never joining a league of super villains. It definitely dashes my ‘Ernst Stavro Blofeld dreams’ to pieces, along with any hope of having Oliver perched on my lap. But, I can live with that, since the Jaguar F-TYPE Coupe V6 S is the only cat I will ever allow in my life.

And I listened. And now reality has hushed those sounds. 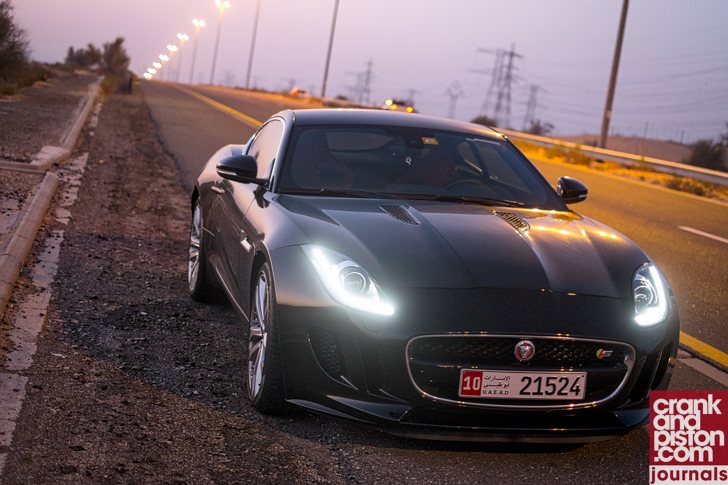 For now, I sit back and nestle into a rugged, yet comfortable drive and thrust my foot hard down on the pedals to create a euphonious rumble that flows from corner-to-corner and ear-to-ear. There are however, certain eccentricities that I have experienced in the past few months that did catch me off-guard. Early on in the breaking-in period there was a notable shaking noise that emanated from the rear right tyre well as I took certain bumps. I haven’t heard it in a month now so I’m guessing that the errant part has either fallen off or has self-corrected. I’m hoping my first service will confirm the latter.

I’ve read?—?and Jaguar touts?—?that the Coupe is 80 percent more structurally rigid than the convertible, and test-drives confirmed this, especially when the cat is thrown around an interchange’s exit. However, I can’t say the same about the seats. On taking certain corners at upwards of 80kph, there is some tension in the seat which tends to make a creaking sound as it holds on for dear life.

And there’s the fabled sound itself. The best trick I’ve learned to get it purring in just the right amount is to wait until the engine is at the right temperature and you can then open up the butterfly valves. But to get the F-TYPE sounding meaner, cycle through the Dynamic Mode for about a kilometre of driving, revving through the entire range. Switch back to normal driving mode with your active exhaust and you’ll get that sound to rumble on. Again, this may or may not work for everybody but works four times of five for me.

Looking at tips and tricks for performance, one of the things I realised much later with my older car was the discovery of a sweet ‘weight/fuel’ balance. This may sound obvious but in both my Mercedes-Benz C300 and now the F-TYPE, I achieve the best cornering and acceleration when the tank is a third full, the reduced weight from which makes the car feel more nimble and less sluggish than when at full fuel levels. More to come as more kilometres are racked up.