After a few months of ownership – and his first month of crankandpiston Journals – Mayank starts to truly understand what owning an F-TYPE really means.

When I last wrote about the F-TYPE, I was still getting used to her ways and manners. And now I feel?—?a month later?—?that I’m finally beginning to understand why I got her in the first place. It’s been solo month of routined commutes and the same old tarmac slipping beneath me. But the view has changed and the following mental and visual perspective has changed entirely. Every turn is now an occasion, every start-stop signal is an event and for a few short seconds, in the wee hours of the morning, certain straight empty streets become a drag strip carnival. 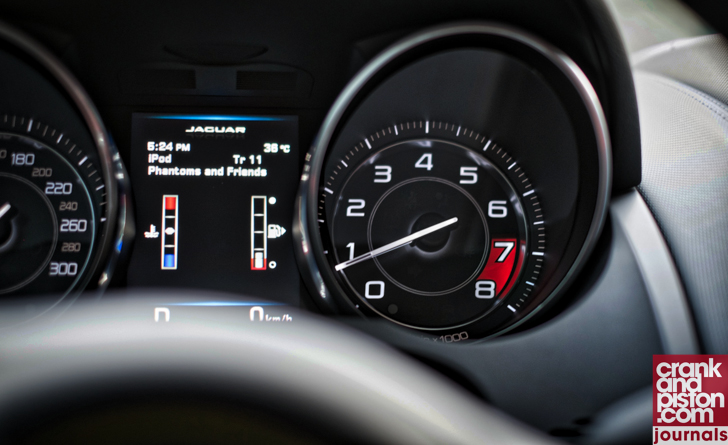 And I believe that it’s only now occurred to me what owning a fast car in Dubai or any major metropolitan centre really means. You’re not going to find the twisties and the bends. And the silver-blue speed cameras stand high and tall with their black glasses and their strobes ready to dent your already emptied wallets yet further. So you must cheat, and find occasion in the small things. You must enjoy where and what you can and do all you can to make the smallest bend with your imaginary helmet on, your driving gloves gripped and your Rolling Stones cued to make that moment monumental. That’s the pure thrill of driving. And this cat has really finally brought it out in me. And boy, is it a glorious feeling! It’s certainly very #GoodtobeBad!

And so it was a couple of weeks ago, when tackling an empty highway on an early Friday morning when I was courageous enough to flick down the Dynamic mode switch. And I can’t use enough superlatives but it’s a transformation like none other. In the past, the activation of the ‘Sports’ mode switch from the likes of BMWs, Mercedes and a couple of Audis has almost always had the same effect?—?stiffer suspension, slightly quicker throttle response, faster shifting and a tightening of the steering column as the ABS and the car’s computers activated ‘Crazy Driver’ mode to ensure you wouldn’t do something ridiculous. With the Jaguar, the suspension doesn’t feel like it’s altered much although the entire dashboard goes red to show you that we’re now in the Danger Zone. The throttle response is twice as fast by my best guess and the car just lurches and lunges forward at the slightest pedal touch. It’s such a euphoric feeling that you would never want to drive any other way, ?if it wasn’t for the fuel gauge dropping faster than a Dubstep track. 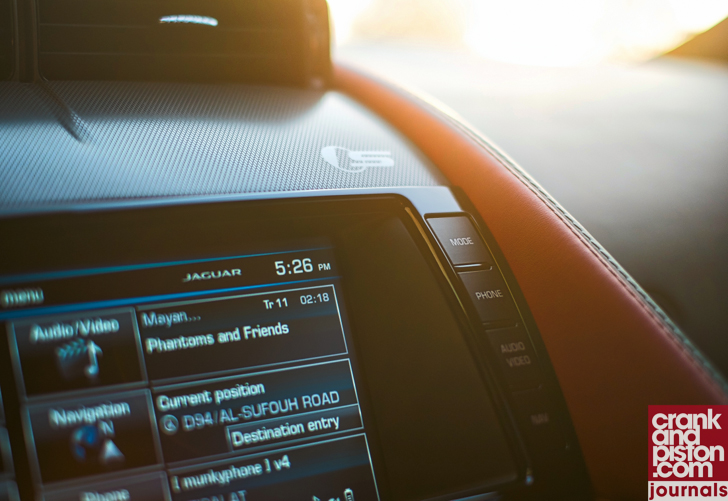 And yes, the sound. That sound only gets better, meaner and dare I say, for lack of a better word? – growl-ier. The one beautiful feeling I get with the sound in the F-TYPE is that it has a smooth trajectory to it. It begins at 1,200rpm and steadily gets louder and deeper all the way up and beyond. And it falls back with the same grace as it rose earlier. Of course, the machine gunfire exhaust notes add the right touch.

And so while I feel like to drive a British car, a close Italian friend has renamed me and my antics in the dynamic mode on the streets of Dubai with ‘Sborone’. And while it does read like a douche, my rose-tinted goggles don’t really care much. If it’s doing anything, it’s giving me that brash, newfound pedal-to-the-metal flair. And over three months in, I still love that feeling. I love that feeling very, very much. 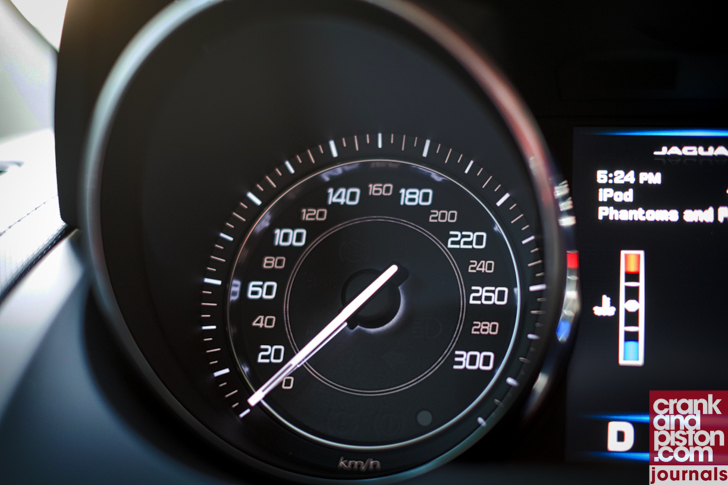