Has ripping the roof off Lamborghini’s ‘sensible’ all-wheel drive supercar brought back some joie de vivre? We find out with a drive with the Huracán Spyder LP 610-4

In 1981, Burt Reynolds and Roger Moore jumped on-board the Countach for Cannonball Run, a movie in which a couple of voluptuous women, dressed in colourful cat suits, got out of speeding tickets through ‘subtle’ use of zippers as they sped around the US in their black Lamborghini.

Yes. I was, and still am, a Countach boy. Thus you can imagine the loin tremor I got when handed the keys of the new LP 610-4 Huracán Spyder. At first glance, the lines of the Huracán are impressive, menacing and attractive, the incredible short height (at 1.18m) seemingly a prelude to astonishing cornering speed. And it’s not long before two thoughts come into my mind: “That’s a nice car” and “I can’t possibly fit in that”.

It’s a mystery how LeBron James, at over 2m tall, can fold himself into an Aventador at all, for in the Huracán, having assumed my normal driving position, I’m quickly banging my head into the tarp roof. Fortunately said obstacle is removable, and it takes just 17 seconds to free my contorted position. Alas, the roof stows right over the same 603bhp 5.2-litre V10 found in the hardtop example and sister company Audi’s R8 V10 Plus, blocking it from view almost completely. And a naturally aspirated V10 in a world of Teslas and Nissan Leafs is a sight to behold, an analogue relic in an era of twin-scroll turbochargers and variocam timings. Shame.

Let’s talk design. Have the Italians nailed it?

Once seated in relative comfort, I am surprised to find electric and ventilated seats, electric steering column adjustments, air conditioning that actually cools the cabin (unthinkable in previous Lamborghinis), and an entertainment system from the VW parent group that is actually intuitive via a centre console-mounted rotary dial. Genuine practicality. In a Lamborghini. Interesting…

Amidst the supercar comfort, the general aesthetics remind of a Eurofighter jet. I have never been in one, and have absolutely no clue what they look like, but this is how I’d imagine it to feel. And as a proper Italian, no detail has been left to chance: from the instrument panel to the central console, to those beautiful alloy flick switches on the dashboard and metal paddle shifters, every part of the cabin seems to scream ‘Italy’ and ‘engage’. To access the start button, you flip-up a little button/missile trigger cover, depress the brake pedal, and push.  At idle, ten pistons in sequential explosions are enough to half close my eyes, imagine Ennio Morricone’s Western soundtracks and witness the rolling bush spinning past the Saloon.

Having said that, there are areas where even Sant’Agata can over-do it. Rear visibility is pretty much non-existent and the only things visible in the wing mirrors are some extended wheel arches. Meanwhile the rev counter now reads ‘Giri/min’ and rather than petrol and water temperature, we’re encouraged to keep an eye on ‘Benzina’ and ‘Temp. Acqua’. I realise it’s not exactly the point, but it’s difficult to take that seriously. Oh, and Stop-Start on a V10 Lamborghini? What’s the world coming to?

How does the Huracán Spyder handle itself?

Expecting supercar menace I find dog-style (not doggy-style) obedience. The steering is soft but calculatingly direct, throttle response is progressive after an initial lurch in the lower revs, and while the brake pedal feels as though it’s made of wood, the discs themselves do not snatch, deceleration proving wonderfully linear. Everything feels as sedate as driving a very low, very expensive Audi saloon (albeit with more wind noise and road roar than I’d expected, even of a convertible). The main difference being that you sit quite close to the ground. Scarily close to the ground: even the most humble of Toyota Yarises towers over us.

And damn that engine sounds good. 0-100kph is taken care of in 3.4 seconds – just two-tenths slower than its 122kg lighter hardtop sister – and 603bhp and 413lb ft of torque on-tap means 0-200kph is just 6.6 seconds away. Switch to ‘Corsa’ driving mode via the steering wheel-mounted ‘Anima’ switch for added playfulness: the traction control is less intrusive, gear changes through the seven-speed automatic box become even more lightning in speed, and the electronically controlled magnetic suspension hunkers into its hardest settings, obliterating the firm if still civil ride quality. Most importantly though, the throttle is set to full panic mode. And… nothing.

Well, not nothing. Everything happens much faster and the background gets blurrier, but there is no real sensation of danger nor feeling of impending doom. You accelerate out of a corner, the next one arrives in a moment, and you just push the brakes and exert pressure on the 380mm carbon-ceramic discs to slow down and take it without the wonderfully pliant chassis – 40 per cent stiffer than that found in the Gallardo – moving beneath you. No hesitation, no drama. Thus it takes a while to get used to the limits, which are far beyond what you’d expect thanks to the 245/30 performance rubber-clad 20 in alloys at the front (305/30 at the rear), a centre of gravity that must be a couple of inches over the ground, and a suspension that double dares you to unsettle it. Which you can’t.

The steering precision for instance is absolutely razor sharp, to the point that you really need to work the helm to encourage the rear axle to slip, 603bhp being sent intelligently (again, thank you Audi) through all four wheels for maximum traction. It’s impressive stuff, but it’s a stability that feels almost numb to play with. Rather than egging me on to push in the high revs, the Huracán Spyder feels unusually sedate. You could say ‘sensible’, not an adjective we’d care to use for Lamborghinis. Even the V10 comes as standard with ‘cylinder on-demand’ deactivation for highway cruises, meaning fuel consumption – in a Lamborghini – was very reasonable.

What’s the overall verdict then?

All in all, a lovely vehicle. Only a few caveats. First, do not buy it if you are over 6ft tall, since the act of getting in will probably stymy you. Second, make sure you have ample parking space, as the 1.95m width will bring $205K of Lamborghini bodywork into very close proximity with anything you roll next to. And last, in all honesty, don’t expect fireworks, or a cat suit-wearing 1980s supermodel fluttering her eyelids.

Yes, the Huracán Spyder is enormously fast, stupidly capable through the turns, and very precise to place. But unlike Lambos that came before it, not overly playful thanks to its intelligently configured four-wheel drive system. Losing the roof will get that V10 soundtrack ruffling your hair, but it won’t stir the loins in quite the same way.

You can find more Lamborghini HERE, and more of our Car Reviews HERE 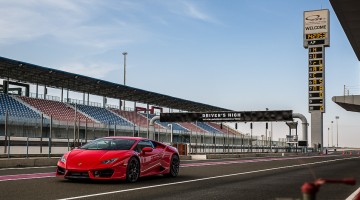 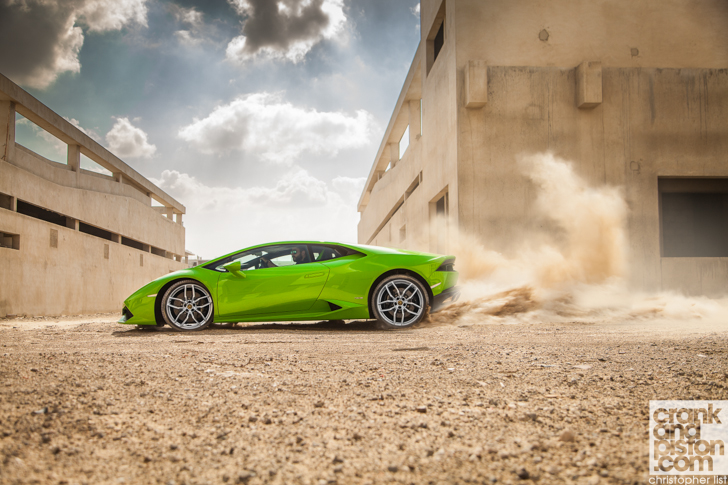