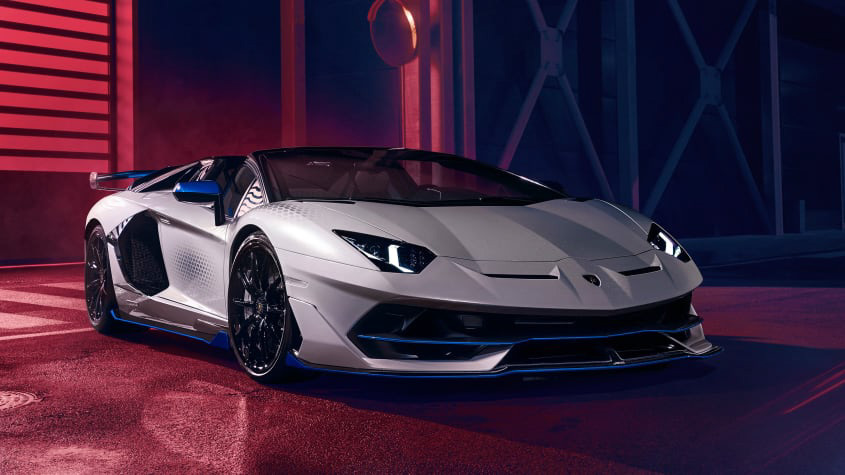 Lamborghini’s Ad Personam programme was launched in 2013, allowing customers to apply bespoke touches, tasteful or not, to a model of their choosing. To celebrate the launch of its new virtual studio, the Italian marque has revealed the limited-run Aventador SVJ Xago Edition.

In response to the travel restrictions caused by the current global pandemic, Lamborghini’s Ad Personam studio has now moved online, allowing buyers to customise their cars without having to travel to the marque’s Italian facility.

Giovanni Perosino, chief commercial officer of Lamborghini, said: ‘With the support of our dealers worldwide, who also have significant personalisation experience and, of course, samples and materials in their own dealerships, we have the exciting opportunity in an increasingly digital age to create one-off Lamborghini models virtually.’

Available only to those that are specifying an Aventador SVJ through the new virtual studio, just ten Xago Edition examples will be produced. Unique to the Xago is the ‘hexagonita’ theme, consisting of exclusive hexagon patterns both inside and out – these are said to be inspired by the shapes of the clouds at the North Pole of Saturn and the strength of the shape in nature.

The model also features a unique contrasting livery and gloss black wheels, with the ‘hexagonita’ theme continued in the cabin. Textured hexagonal detailing can be found throughout, including on the seats, with the contrast colour matching the exterior paint – you’ll also find a numbered plaque denoting which of the ten examples you’re sitting in.

The powertrain has remained untouched, with the SVJ’s 6.5-litre naturally aspirated V12 sending 760bhp and 531lb ft of torque to all four wheels – standstill to 100kph happens in only 2.8sec, with top speed coming in excess of 350kph. Also unique to the SVJ is its ALA 2.0 aerodynamics system, increasing downforce by 40 per cent over that of the SV.

Though pricing hasn’t been revealed, the SVJ Xago Edition will set you back over $450,000, limited to just those ten units worldwide.