There are few more distinctive cars on the road, and the GT S continues to entertain and engage, despite its flaws 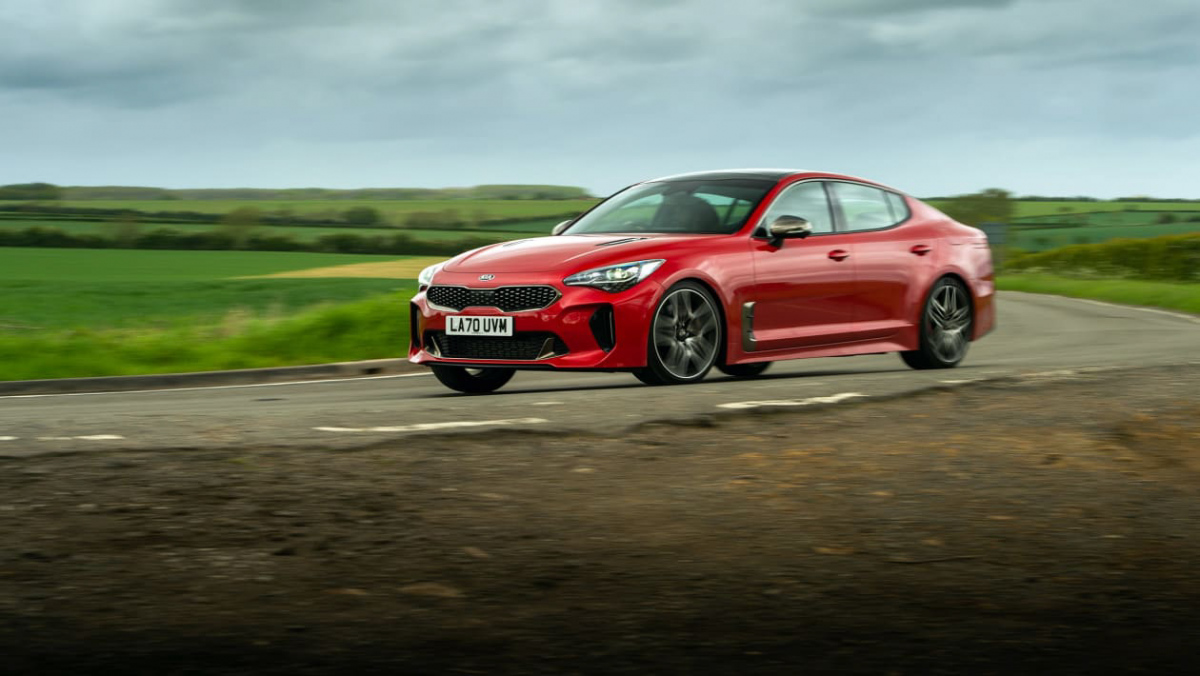 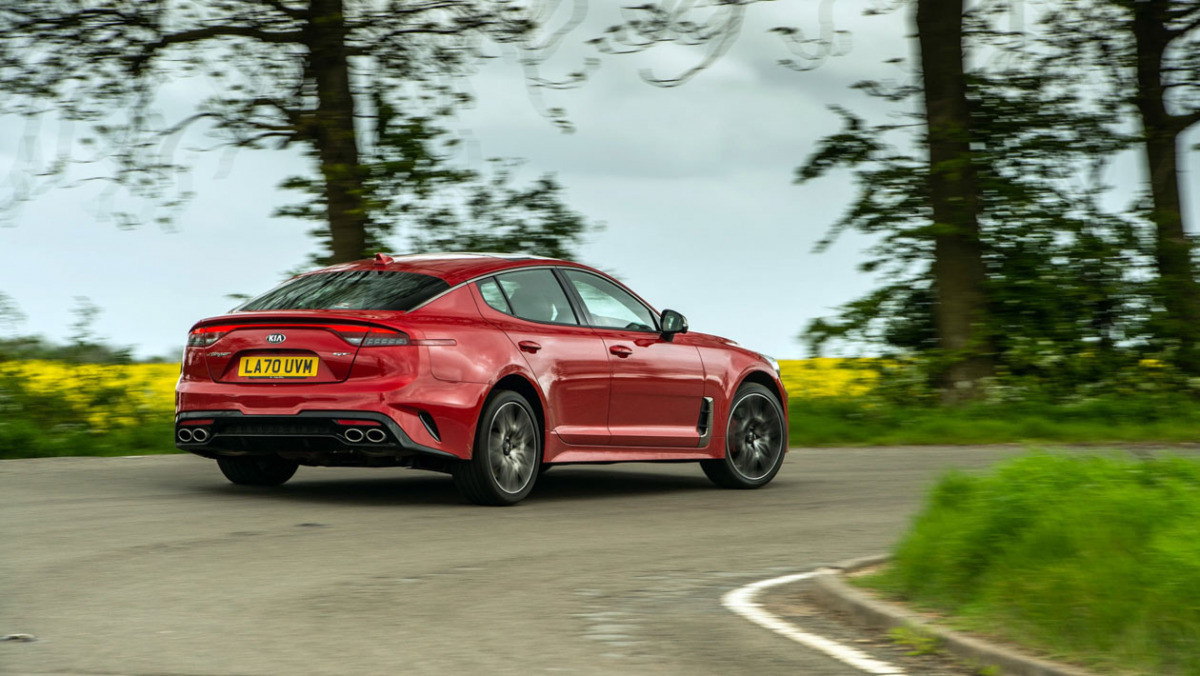 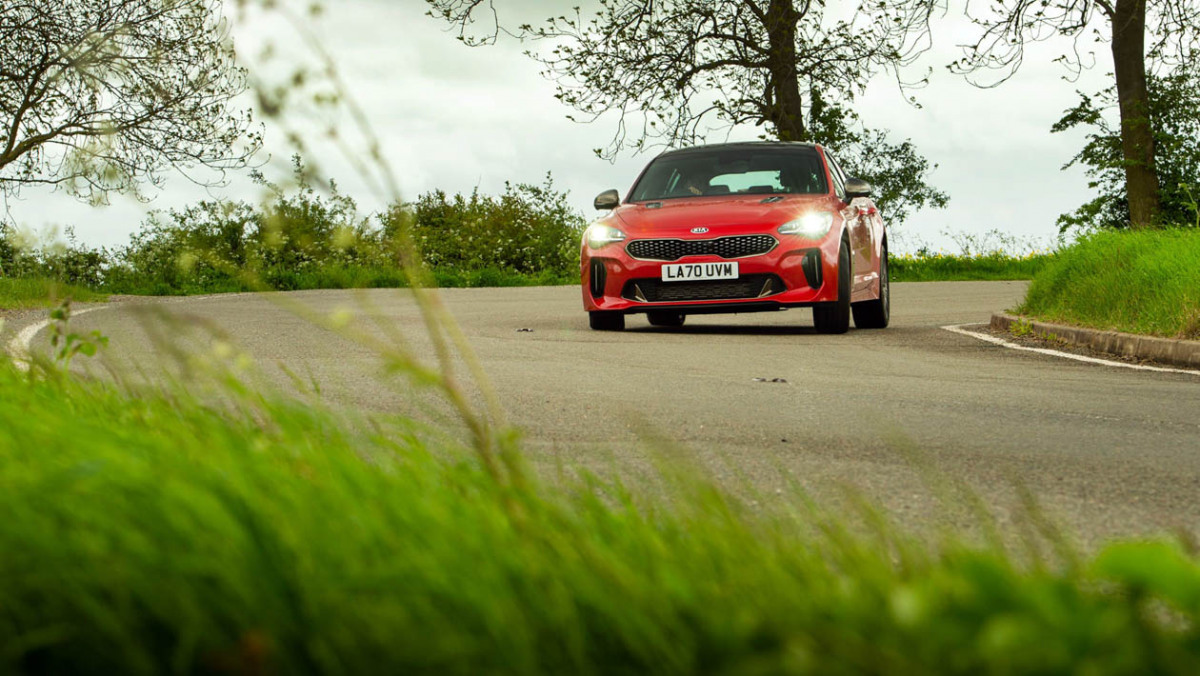 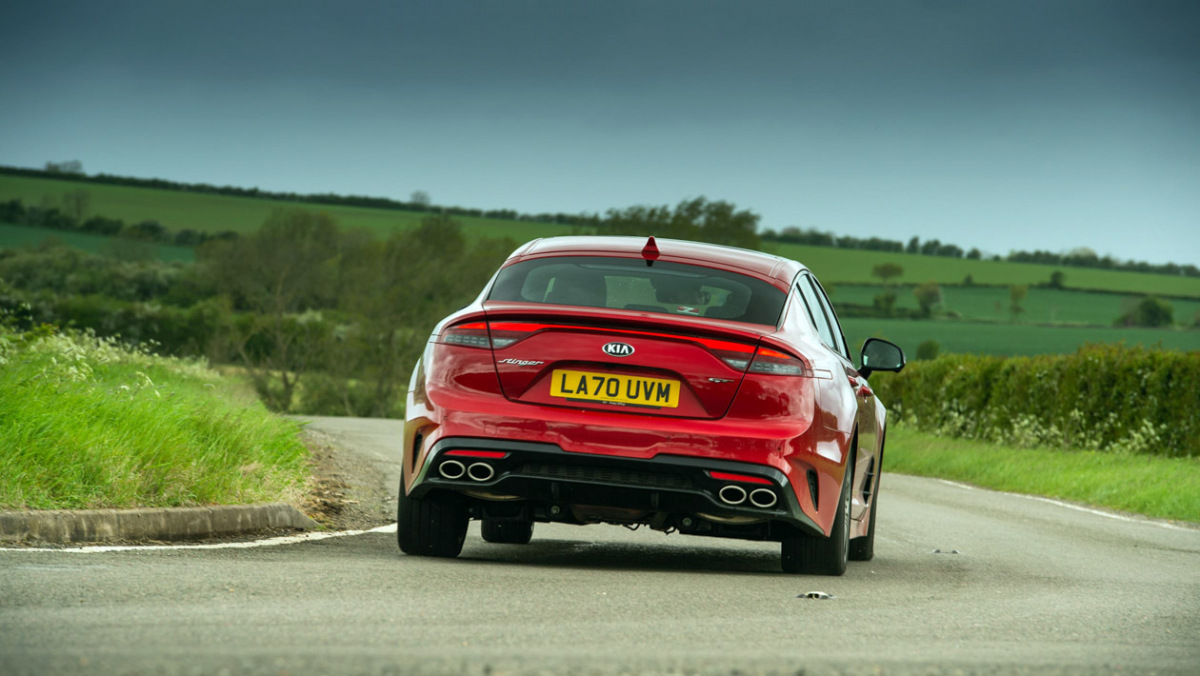 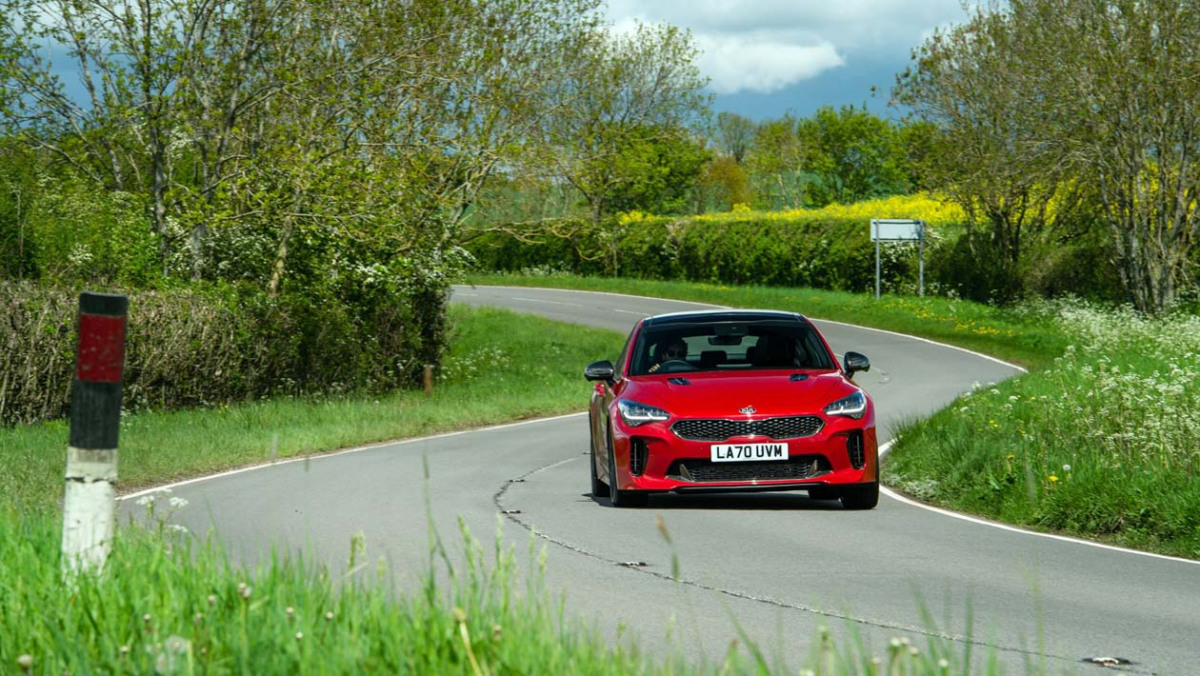 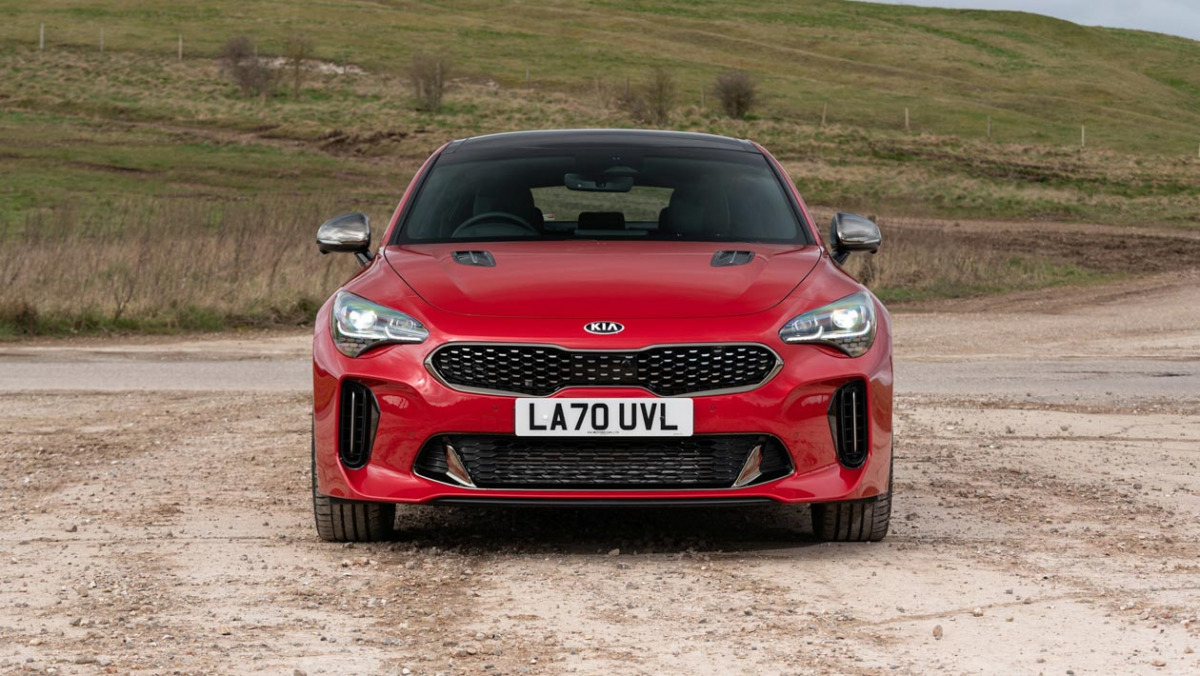 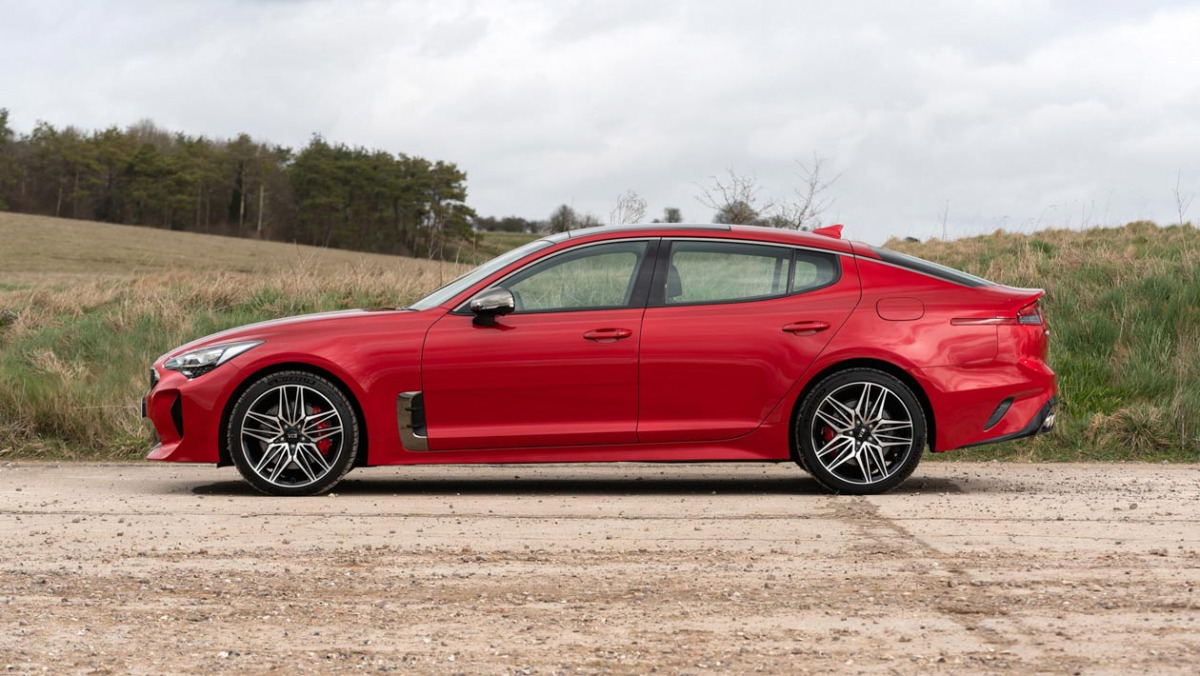 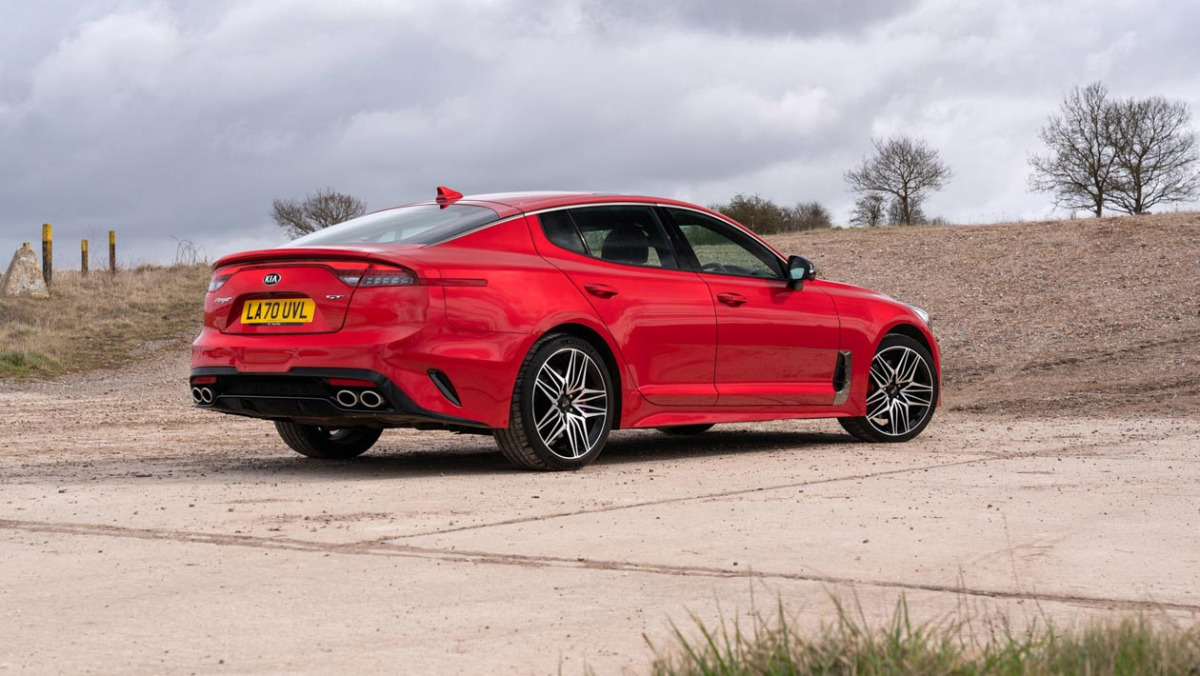 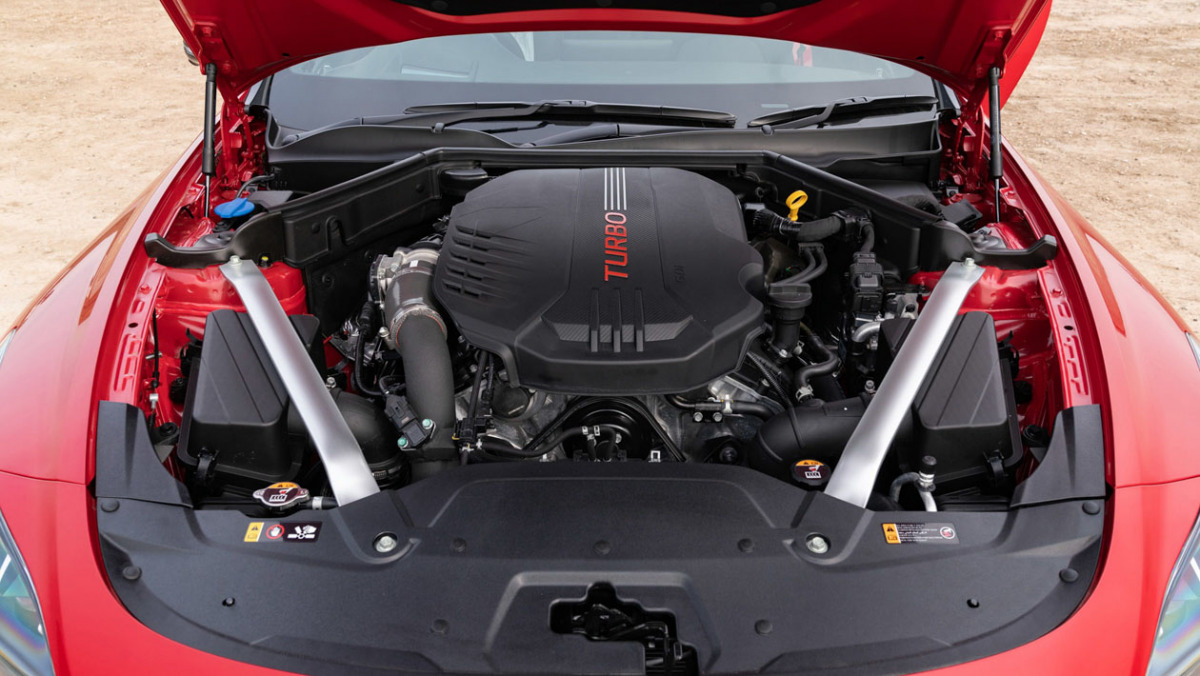 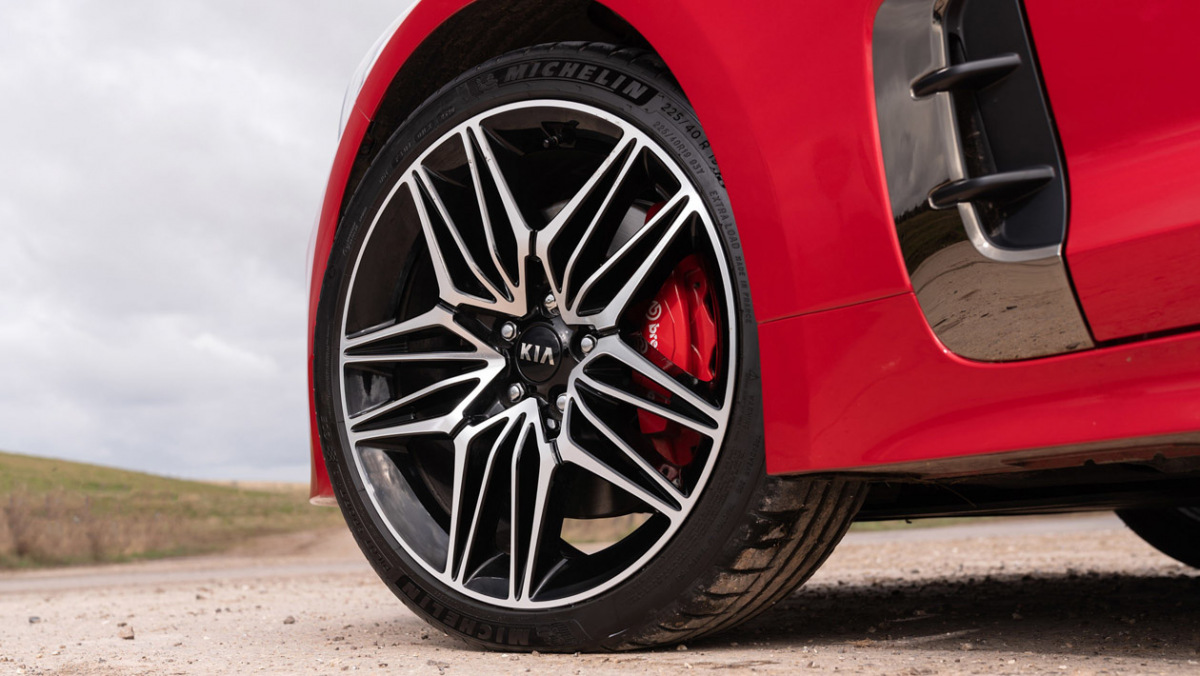 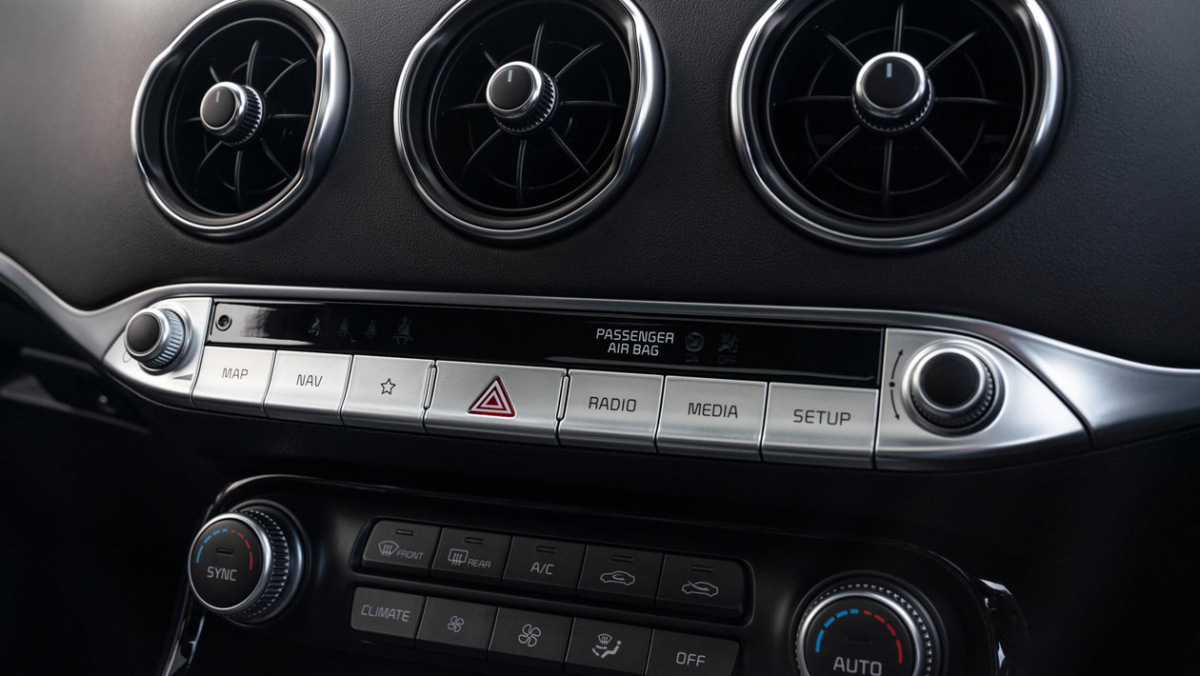 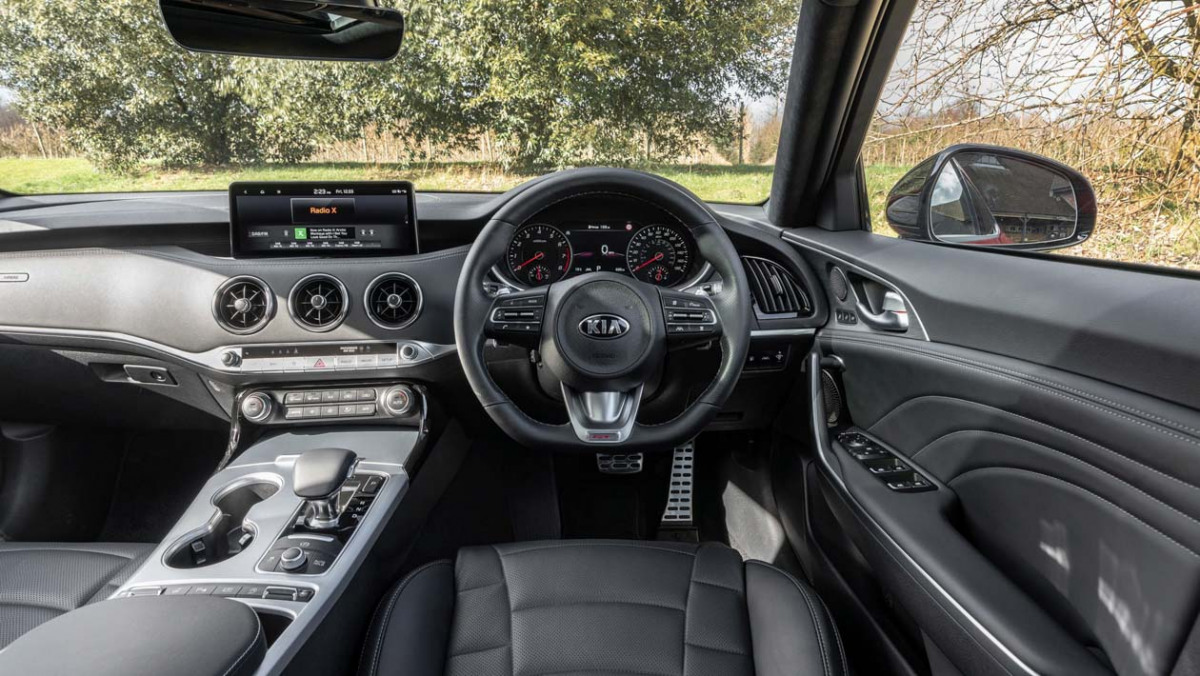 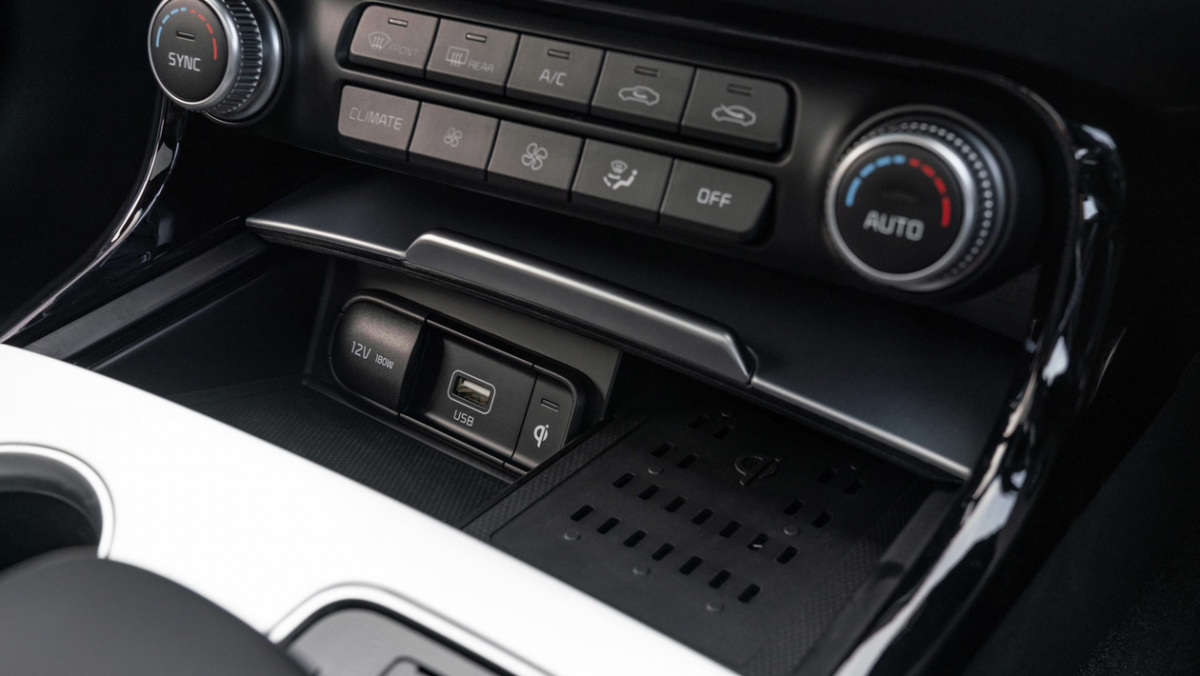 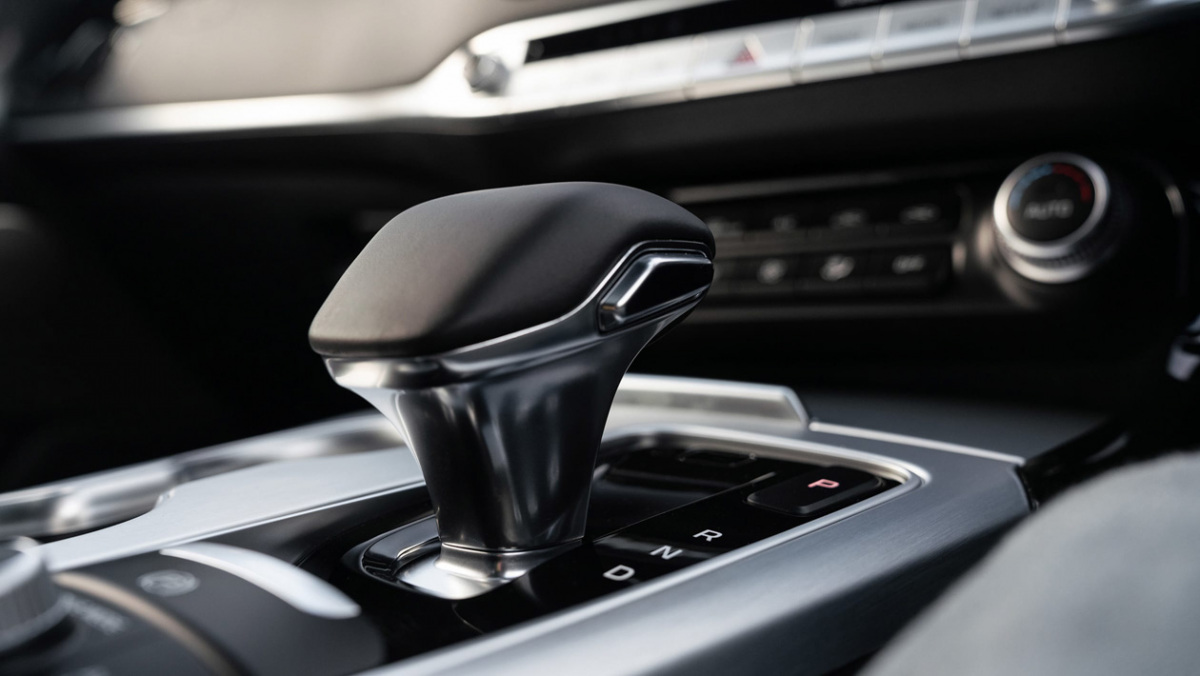 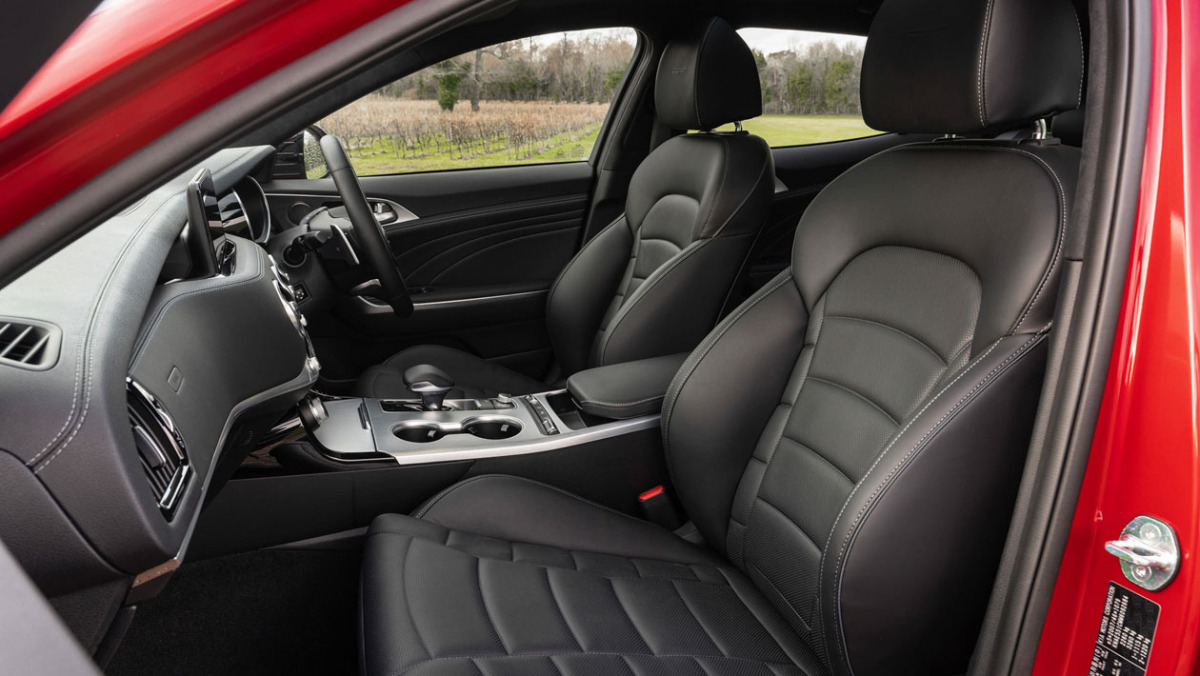 The Kia Stinger GT has been with us since 2017, arriving to great applause in the region as an alternative to the German executive saloons which typically have all the charisma of a, well, German executive saloon. Initially launched with a combination of petrol and diesel engines, it was aimed directly at them, and boasted more space, equipment and pace.

Unfortunately, the notoriously fussy European market had other ideas as sales rarely registered more than a blip, so it’s no surprise to see Kia’s update as more of a model realignment than a doubling down on its initial ambition.

As such, in 2021 the Kia Stinger GT S is now only available in range-topping twin-turbo V6 form, in one high specification, and at a still alluring price point – something that’s actually only become more endearing thanks to the quite substantial inflation of prices of its direct rivals.

The updates it’s actually received have been put in the right places though, with a fresh infotainment system and some subtle styling tweaks, but the overall package remains pretty close to the original, which is no bad thing.

With just one top-spec model now available in the region, its entry price of $59,300 might sound like a lot for a Kia, but it’s not much in the greater scheme of things for the amount of content included. Also, the stigma around Kia’s brand cachet seems to be lessening in record time, or is that just us?

The GT S’s positioning is interesting given its price compared to several key rivals. The closest BMW is the M340i (until the new M440i Gran Coupe arrives) at $70,763, which makes it considerably more expensive despite its aligned performance capability.

Audi’s 261bhp A5 Sportback 2-litre turbo is now the most potent petrol derivative short of the RS5, and itself comes in at a somewhat alarming $66,350, yet lacks the Kia’s grunt and driving entertainment, and isn’t even that generous with tech or inclusions either.

If slick styling is your game then Volkswagen’s new Arteon R may be on your list, rivalling the GT S with a 316bhp 2-litre TSI under the bonnet, all-wheel drive, DSG and R-specific brakes and adaptive suspension. At $71,760 it’s a huge chunk more cash though and, unlike the premium guys, resale remains a question mark given its exorbitant price point.

So the Stinger range is now top and tailed by the 3.3-litre twin-turbocharged V6 engine, badged Stinger GT S. Designed to service multiple Hyundai Kia applications in overseas markets, it’s an engine that differs from European units by not really being designed for performance applications. As a result, it’s smooth, quiet and torque-heavy at low rpm, but also lacks the voice and ultimate response of the straight and V6 engines in admittedly more expensive German rivals.

So while it develops 365bhp at 6000rpm and 376lb ft of torque from 1300rpm all the way to 4500rpm, response can be a little soft, and despite the wide torque band, catch it in the wrong gear and it will take its time to get going. The transmission itself is also a little soft and unresponsive, often dropping too many gears when asking for more forward momentum, taking a breath before the turbos come in, but then slamming the rear differential with a slab of torque without much finesse. The paddles are responsive though, and despite not always obeying commands, it does do a good, if not great job.

All models send power to the rear wheels via a limited-slip differential, which again is effective, but not finessed in any way. Its purely mechanical actuation doesn’t quite have enough locking force, especially when you want a small amount of movement at the rear axle, rather than bigger and more aggressive angles. Drive it expecting more than half an armful of opposite lock and it knows what to do, but driven on road it’s a more fickle beast.

In the GT S Kia has produced its quickest ever vehicle, reaching 100kph from rest in 4.9sec and going on to a most un-Kia-like 270kph. Just roll those numbers around in your head for a second and then remember what Kia’s road cars used to be like – whatever you think of the Korean brand’s image, the reality of Kia in 2021 is quite appealing.

A kerb weight of 1780kg means the Stinger GT S never feels quite as quick as it looks on paper, though the engine’s relatively cultured and undramatic delivery is also to blame – the Stinger is very much one of those cars that delivers its performance deceptively rather than boisterously.

It might be more engaging if the engine and four-exit exhaust system produced a more musical note, but the 3.3 will not be regarded as one of the great V6s by automotive historians. It’s certainly not bad and in general driving it’s plenty refined and punchy enough; we’d just like a bit more aural character.

There’s something quite satisfying about the way the Stinger gets down a twisty road. While you have to account for its size, which chips away at the fun factor on smaller B-roads, the Stinger has the curiously old-fashioned feeling to its driving experience that’s both wayward but then entertaining at the same time.

The outright handling capability is limited to some degree by the car’s relatively substantial weight. Pushed hard, the weight provides a challenge for the springs and dampers, resulting in slightly ragged body control, a little too much roll, and a tendency to push wide earlier than some rivals.

Yet the steering is its main dynamic downfall, being neither feelsome nor particularly accurate. Roadholding is good in general, but push and you’ll notice that there’s not as much front-end purchase as you suspect, which is where the lack of steering feel comes into play.

But a notch or two back from maximum attack (this is a ‘GT’ rather than an out-and-out sports car, after all) those problems don’t seem to materialise. You’re still conscious of the Stinger’s weight but the car’s controls and handling characteristics all gel into something that’s both engaging and entertaining.

The ride is impressive as a consequence of its average body control, with well-damped vertical movements. There is a bit of low-speed choppiness over sharper intrusions, and you do get the sense that compared to modern German stuff the structure itself lacks the stiffness to support much more spring rate than engineers have already dialled in.

The Stinger’s never going to be as sharp or capable as rivals such as BMW’s M340i, but, and it’s a big one, it drives with its own character. It feels like almost nothing else to drive on the road, and as an ownership proposition offers its own type of desirability.

Settle in for one of the thirstiest cars you can buy for under $60k… The Stinger’s America-first powertrain certainly shows at the pumps, where it’ll often struggle to reach 12-11L/100km, despite an on-paper rating of 10L/100km. So while a BMW M3 or Alfa Romeo Giulia QV won’t do much better, their extra performance focus feels worth the pain at the pumps, but we’re not so sure the Stinger’s outright performance is worth the big bills.

But where it’ll slurp fuel like a nation does pints after lockdown, the other side of the spectrum is that Stingers benefit from one of Kia’s main selling points for new buyers: a seven-year warranty (unlimited mileage over the first 36 months and then 160,000 kilometers for the remaining period). This also makes two- or three-year-old Stingers fairly desirable for subsequent owners.

We suspect Kia’s interior designers might have spent some time in recent Mercedes-Benz models, as the Stinger’s centre console looks quite familiar – a trio of round central air vents, an infotainment screen perched atop the dash, and a large, flat-topped gear selector not unlike that used by AMG.

Unfortunately the materials Kia has used on its much cheaper car aren’t quite up to the level used by the German premium brands, with an abundance of faux hide and shiny plastics, though Kia does seem to have spent money where it matters – the steering wheel, gear selector itself, the seats and the door handles all feel suitable for a premium-market vehicle.

The build quality is nothing to sniff at however – nothing squeaks, creaks or rattles and the cabin is sealed well enough to keep wind noise to a minimum – and the driving position is also hard to fault, with plenty of adjustability and supportive seats. You can sit yourself nice and low if that’s your preference, and you’d struggle to find any irritations in the layout and operation of frequently used controls.

If anything, Kia’s slightly lower-market position is beneficial here; while you do get a touchscreen, there are still large, easy-to-find physical buttons and knobs for things such as heating, volume, and menu access.

No Kia we’ve ever driven has attracted as many admiring glances as the Stinger. High-profile spots on certain well-known car TV shows have presumably raised the Stinger’s profile, but the bottom line is that Kia’s sports saloon has an eye-catching and attractive shape and plenty of road presence.

Its basic form is much like the kind of premium five-door hatchbacks we’ve seen from German manufacturers in recent years – think Audi A5 Sportback, BMW 4-series Gran Coupe and Volkswagen’s Arteon. It’s quickly identifiable as a Kia though rather than a slavish copy, thanks to the company’s unique ‘tiger nose’ grille design, distinctive rear lights and an arc of contrasting trim around the window line.

Some of these details jar in certain colours – the reflectors coming off the rear lights and onto the rear arches look like afterthoughts – but in the right colour and trim combinations the Stinger looks distinctive and expensive. Black works very well (especially with a contrasting red interior) and the blue of evo’s old long-term Stinger GT was also particularly attractive in the metal.

Throw in great proportions – a long bonnet, short front overhang and longer rear overhang – and you have a car far more desirable than any Kia has produced so far. 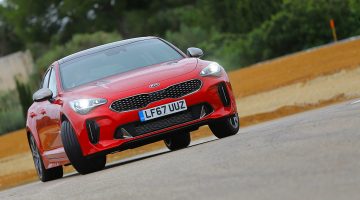 Kia Stinger GT-S review – can the new GT do the business?